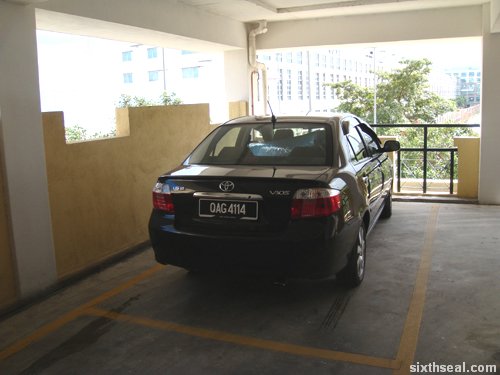 My car has just survived the RM 3,500 journey from Sibu to KL inside a container through the South China Sea. It seems pretty much intact, although I nearly backed into another car yesterday. Much has been said about KL drivers being reckless and aggressive…which is pretty much the same way I drive. I think I’ll do okay here. 😉

I’m going to drive down to KL tomorrow to see if I still remember how to…and meanwhile, on the home front, the fridge has just arrived: 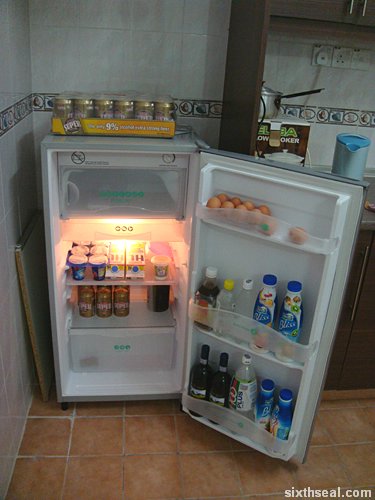 …albeit with a dent, but that’s okay coz I got the Best Denki guys to hook up the washing machine completely for me to compensate for that: 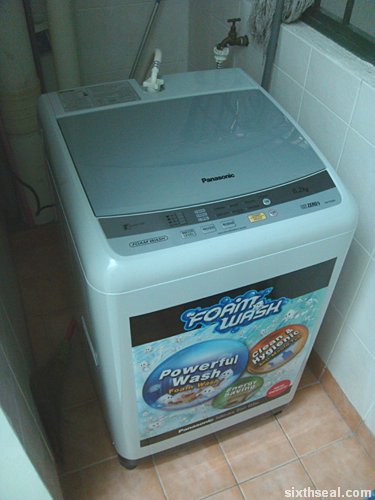 The TM Homeline people are coming to install my line on Monday, and Streamyx should be up 24-72 hours later. I noticed that math is not my true calling (understatement of the year). I went for the fixed line + Streamyx option coz I thought the Streamyx Combo package actually works out to be more expensive.

is cheaper than the RM 110 per month for the Streamyx Combo, which comes with the TM Homeline RM 26 fees waived, coz I didn’t need the free wireless modem (since I already have one). I actually told the sales representative that I don’t want to be paying RM 22 dollars per month extra for a modem and will be going for the separate TM Homeline + Streamyx package coz it’s cheaper.

She actually gave me a blank stare, and opened her mouth before shutting it again, realizing the futility of reasoning with an illogical person.

I was only thinking of RM 88 vs RM 110 and it just hit me that I would be paying RM 4 LESS with the Streamyx Combo AND getting a FREE wireless modem to boot since the TM Homeline fee is waived in this package.

Flawed logic, that’s me down to a T.

26 thoughts on “sixthseal.com does KL”