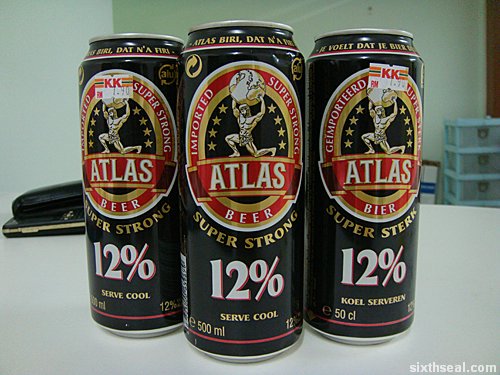 No, not the Ayn Rand book…though you might find yourself starting to get as verbose as her after a couple of cans. I managed to find the best value beer in town just now. It’s Atlas Beer, weighing in at 12% – it beats SKOL for value. It comes in a 500 ml can – I love the feel of the substantial 500 ml cans. It just feels so solid! I have purchased a slab (24 cans) of SKOL and after calculations by my gf this one is just better. Every self-respecting alcoholic, I mean, ethanol consumer knows that the higher ABV the beverage is, the better. My current favorite. 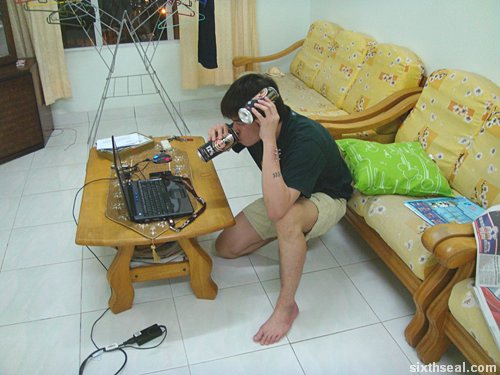 It’s close to wine’s fortitude with the alcohol content – beer at 12%, it’s revolutionary! Bock style beer at just RM 7.90 per can and it’s made in the EU to boot! I suspect it’s one of the Eastern blocs though due to the ambiguity on the packaging – it would have shouted GERMANY had it been one of the more affluent states. It’s replacing my favorite beer (SKOL Super) due to the value – 500 ml @ 12 % is stronger at 320 ml @ 9 % any time. Especially if you binge drink. 😉

I’m going to be driving up to Cameron Highlands tomorrow at 6 am. Be good, coz I won’t have net access there. It’s a birthday present for my girlfriend, and I anticipate prohibitive traffic congestion, but we’re going to do the suites anyway.

Have a great long weekend people! 🙂