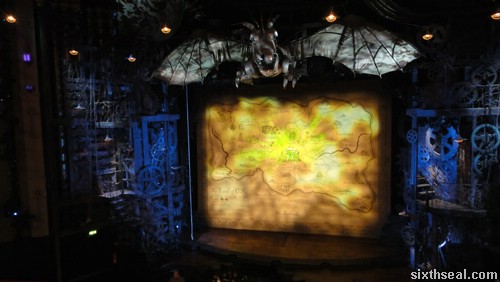 Wicked the Musical is one of the best musicals I’ve ever had the pleasure of watching. It’s currently showing at Apollo Victoria Theatre in London. Yup, I caught the West End cast in this award winning production! 🙂 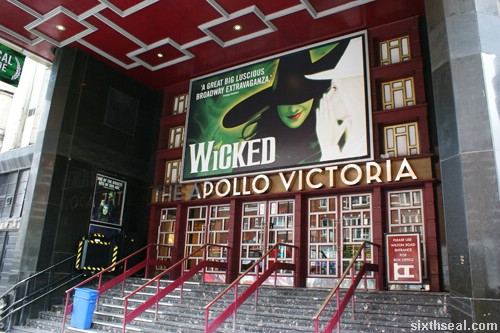 Wicked is actually based on the first of a trilogy of books by Gregory Maguire called Wicked – The Life and Times of the Wicked Witch of the West. Most of you would have watched or read The Wizard of Oz at some point in your childhood. It’s a good movie but ultimately suffers from being based on a children’s book – it’s all black and white, good versus evil. 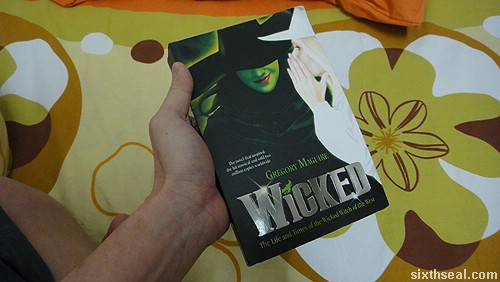 As you grow older, such concepts are foreign, nay, an insult to your intelligence, in a world you know has no such absolutes. It’s all shades of gray and Wicked will appeal to the older audience. The book and the musical adaptation has quite a few differences though – the book is darker and Dorothy does not make an appearance in the written word. 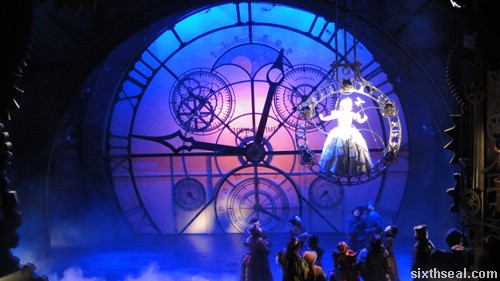 However, I love the musical coz it weaves everything together and portrays Elphaba (the name of the Wicked Witch of the West) as a revolutionary who fights for the rights of Animals. She is ultimately a very misunderstood character and you can’t help but feel sorry for her. 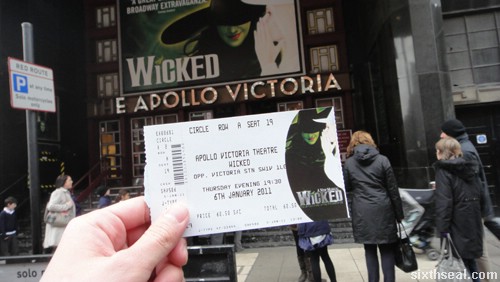 I managed to get reasonably good seats for 62.50 pounds (about RM 300) – it’s the very front row in the middle of the Dress Circle. I was impressed by the props on stage as well – the animatronic bird (?) hovering over the stage like a large pterodactyl that comes alive when the Wizard of Oz makes his speeches is awe inspiring! 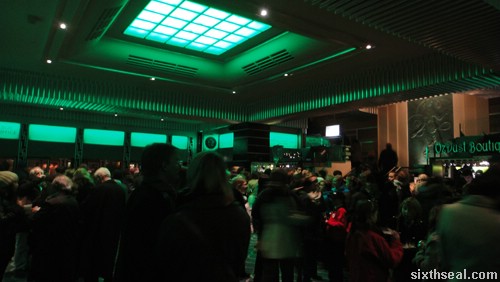 The orchestra playing in front of the stage is so good that I went and bought the CD + program for 20 pounds. Wicked the Musical is probably best known for the song “Defying Gravity” which also appeared in an episode of Glee (the one with the wheelchairs in Season One). 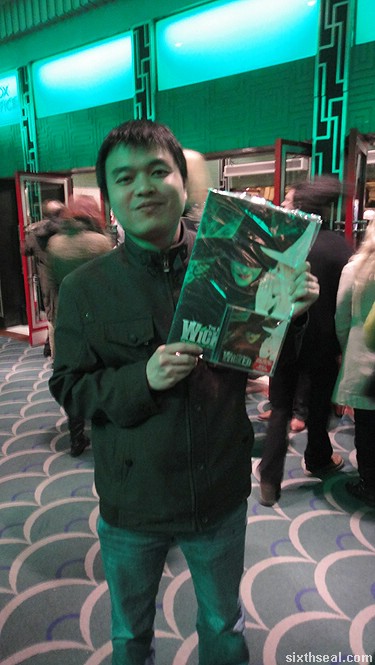 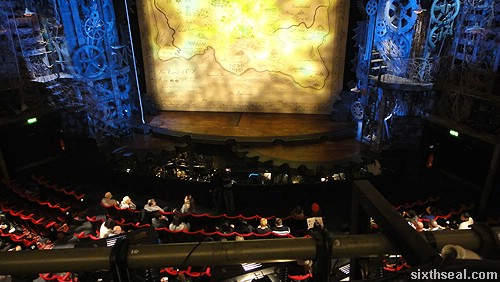 The witches weren’t known as such then (Glinda is such a selfish airhead) and the incredibly sad and touching series of events which culminated in the death of Nessa (damn Madame Morrible) and the vilification of poor Elphaba will bring a tear to even the most stone hearted man. 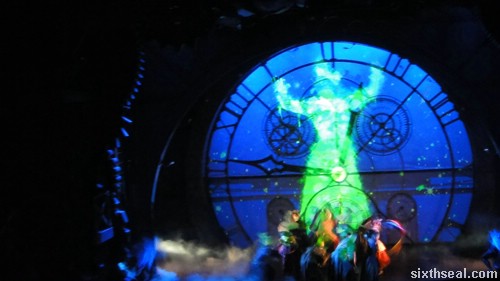 The production runs for about 3 hours, including an intermission between Act I and Act II and I cannot recommend it strongly enough for those with an interest in theatre (and even those without). If you only watch one musical in your lifetime, let it be Wicked. I got so angry at Galinda and felt so sorry for Elphaba even though it’s just great acting.

I can relate so much to Elphaba. T_T

No one mourns the wicked. 🙁

43 thoughts on “Wicked the Musical in London”