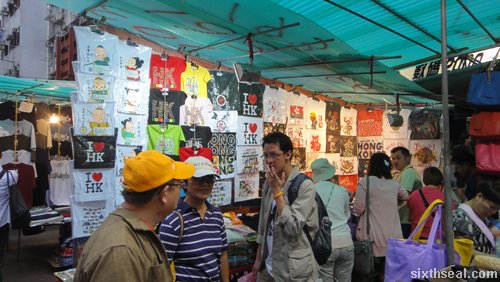 I got this t-shirt at Temple Street in Hong Kong. It’s a tourist trap of epic proportions but hey, I reckon you’ve gotta go there at least once. There are fortune tellers and stalls selling all sorts of merchandise, including a Hong Kong statement tee.

…but that’s not what I wanted talk about. 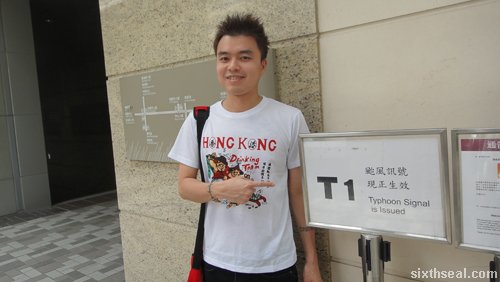 Look at this photo. Scrutinize it. Think of it as one of those Where’s Waldo images. What is wrong with the picture?

Okay, okay, I know, I’m totally hearing the groans all the way over here. That’s really cheesy even by my standards.

There was a typhoon (same thing as a hurricane) warning that went from a T1 tropical cyclone advisory to T3 in a couple of hours. I was concerned my flight wouldn’t even take off. 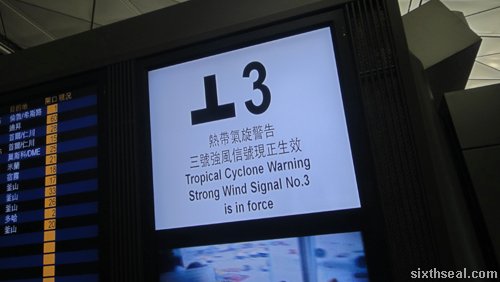 Anyway, it did, and I managed to came back from Hong Kong in one piece. I was there for a vacation and it is interesting to note that this particular typhoon went up to T8 (which is very strong – all schools and offices are closed) just after I flew back to KL.

However, I was quite surprised that the warnings are made over the radio and using paper signs at all MTR stops. Granted, a lot of people use public transport in Hong Kong but I would have thought that digital would be the way to go.

I’ve recently heard about an email service called myemail. It dubs itself as an email service for every Malaysian, but that’s not all it does. I mean, there are heaps of email providers out there like Gmail so what makes this so special? 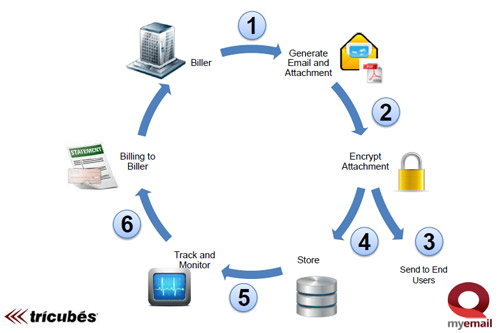 Well, the major feature I think would be the killer app for this email service is eBilling. This is made possible by the fact that your myemail address is tied to you, as a citizen of Malaysia. It would have information about you to simplify your life – push email billing for one.

I have to admit, I am notoriously tardy when it comes to paying bills. Myemail would help remedy this by pushing the bill to me as a secure email attachment and allowing me to pay it there and then. It doesn’t just work on PCs, but on all your smartphones and tablets so you can literally do this while you’re out and about.

Myemail will also have user authentication, encryption and tracking features to make sure that security is covered. You can opt to be billed from every single service that you use by customizing it on myemail – stuff ranging from your broadband subscription to your PDRM summons.

Myemail is partnering up with PDRM, DBKL, JPJ and EPF and it’s free for all Malaysian citizens so sign up now at myemail.my. 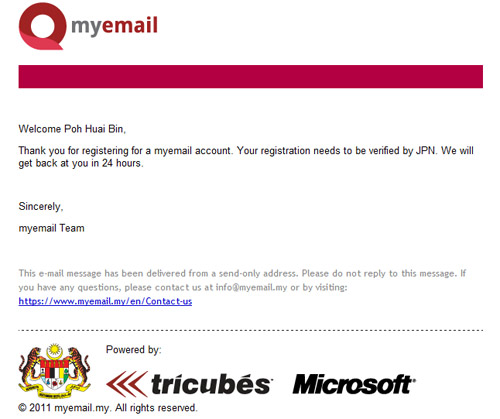 All this can only be done after authenticating yourself using your fingerprint matched to your MyKad at any of the Tricubes authorized centers so it’s a secure communication channel for government services.

It doesn’t matter if you’re an organization wanting integration with Microsoft Office Web Application or an individual looking to get things done fast, there’s something for everyone and you’ll get to save some trees while you’re at it! 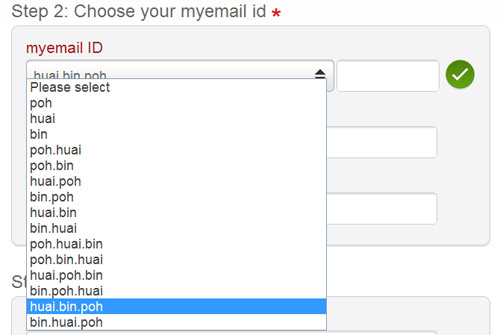 Myemail uses your name as your email address so you can use it on your resumes and such. You know why you haven’t been getting callbacks? It’s coz of that prettygal4ever@yahoo.com and devil666@gmail.com crap that you’ve been putting on it. Human Resource Managers throw resumes like that away. Seriously.

Get with the program and register a proper email address at myemail. It’s based on variations of your real name. 🙂 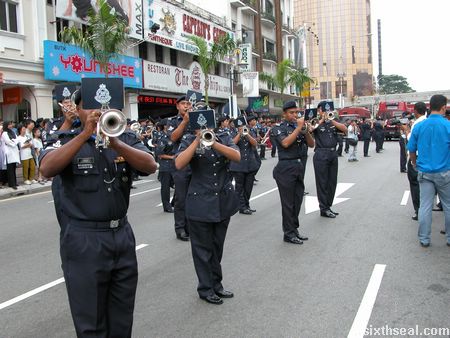 Hey, when this takes off, I bet you’ll be the first one to know via push email on your smartphone in the unlikely event there’s a typhoon in our country. 😉

23 thoughts on “What is wrong with this photo?”