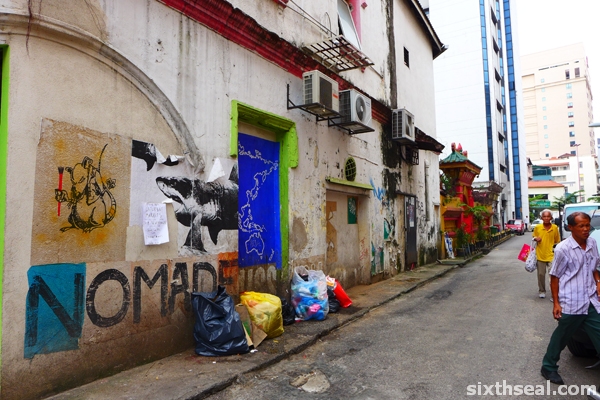 I’ve never actually walked around this part of KL. I’ve driven through it often enough but never stopped and checked out the food. Joyce was telling me that she saw a lot of stalls there a while back with Shin.

This area is where the really old pre-war shoplots are at. I’ve had a steak dinner around the area at Ril’s Steakhouse at Jalan H.S. Lee but this time we’re out to investigate the little lanes around the area – essentially playing tourist, which is kinda fun. 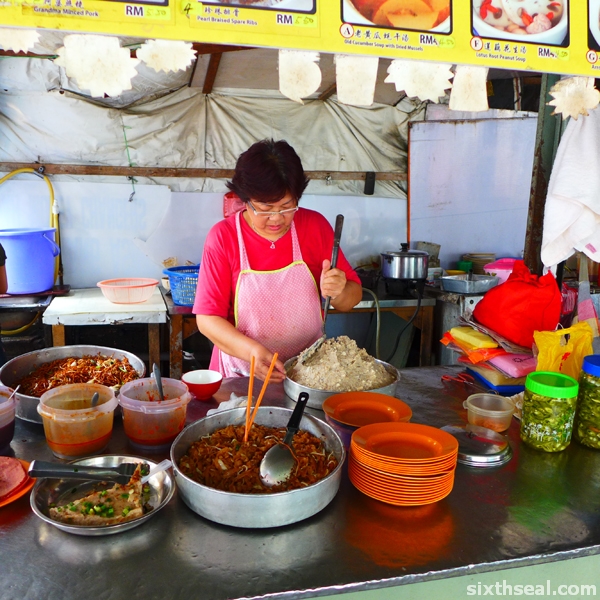 I came across this auntie exerting herself mixing a batch of gooey stuff at Lorong Bandar 4 and asked her if I could have some of that.

I was quite taken aback when she said NO! 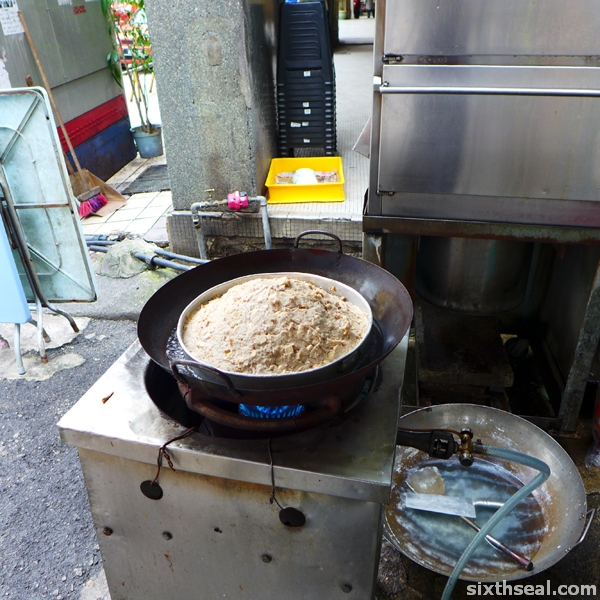 It turns out that this is a batch of yam cake (oh kueh) that’s still uncooked. She said it’s for tomorrow and promptly put it into the a home rigged steamer with a wok. I ordered a portion of the (cooked) yam cake for just RM 2. 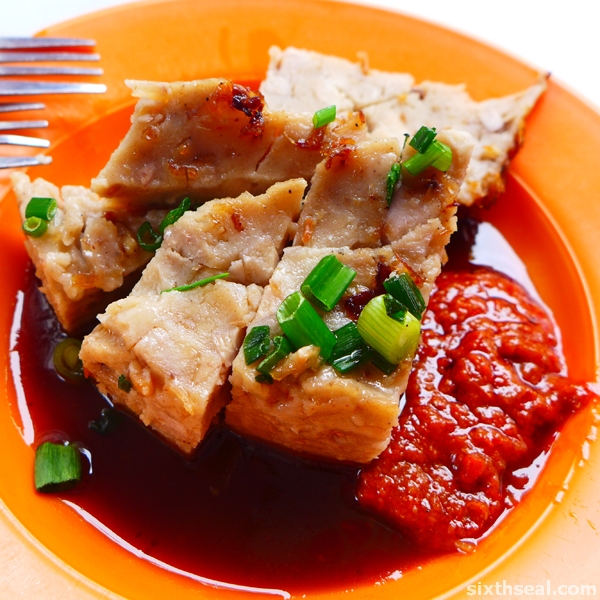 It’s quite good when eaten with the (optional) chilli and sweet sauce. It’s a good find (also found a better unnamed shop) and goes to show that driving around and just stopping somewhere unfamiliar for an afternoon can be quite a fun afternoon in itself. 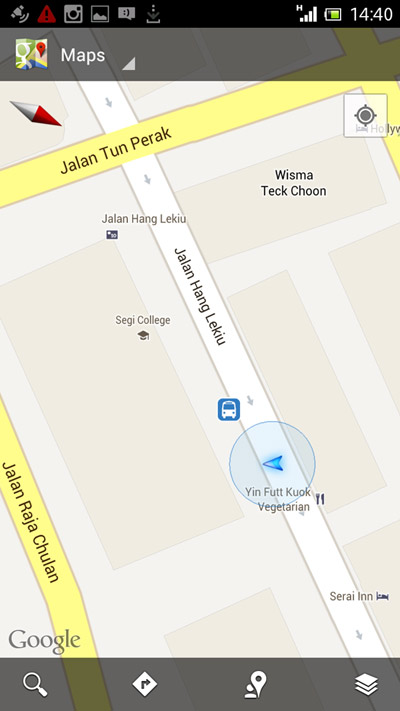 The all new Kia Rio is a 1.4 cc compact 5-door hatchback that comes in two variants. It’s an award winning design that has a sporty profile from the low roofline combined with a special ratio of metal and glass. It’s a great looking car with a distinctive wedge that you’ll recognize instantly. 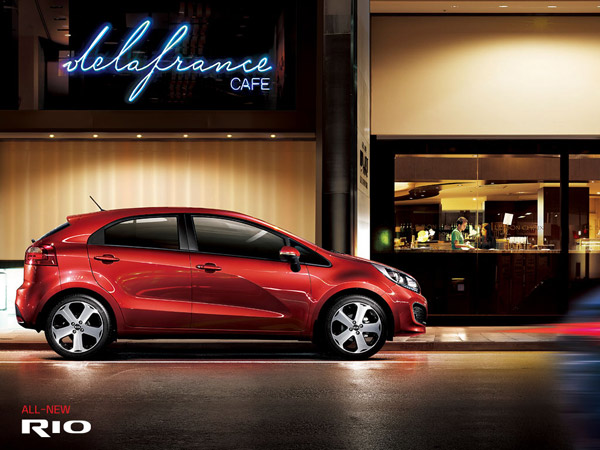 Do you fancy yourself a word smith? Good with puzzles and all that? Always the winner in Scrabble? You can win yourself a Kia Rio by solving word puzzles in the Runabout contest on Facebook!