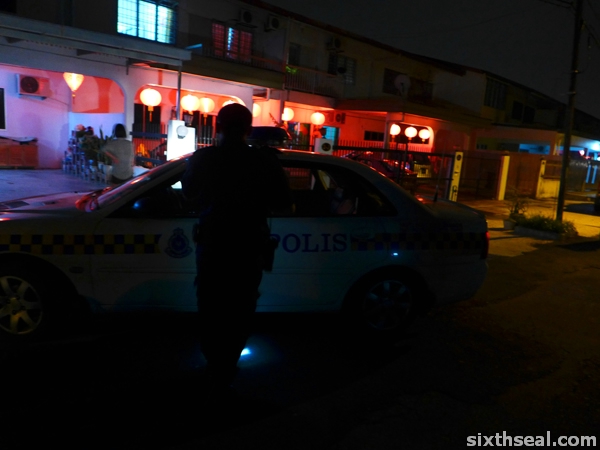 I just came back from a rather long night. The entire extended family was out celebrating the 80th birthday of my grand aunt. A bunch of us cousins decided to make a new tradition of going out clubbing during Day 3 of Chinese New Year and sent my grandma back.

I ended up hanging with the police instead.

We were about to head out after dropping them off when suddenly my aunts and grandma noticed that the entire house was completely ransacked. It’s a good thing we were still there.

The fucking thieves gained entry by strategically putting a couple of pieces of wood over a large storm drain, unscrewing the back gate with surgical precision and taking out the door with a couple of well put strikes that broke the lock.

…before rampaging through the rooms, breaking beds and overturning closets to find cold hard cash. They didn’t take anything else – the police said it’s probably coz gold and other valuables would be hard to sell without detection in a small town like this.

It’s Chinese New Year and the lion’s share of the damage was to my grandma. 🙁

She lost RM 20,000 out of the total (rest were my aunts and one cousin from Singapore).

I called 999 and told them not to touch anything. I was a bit taken aback when the operator said “Mr Poh can you repeat the address?”.

It’s the integrated system with telcos to prevent crank calls.

I realized that half a second after the initial surprise. I was out waiting for the police and then called the Sibu Police Headquarters instead to speed things up. They said they’ve already got the call and they’re sending out a patrol car.

The initial cops who came took a look around and said we needed to take stock of the losses and lodge a report at the main station.

Thus, me and my cousin went with all my aunts and grandma to the police station, made a report, went up to speak to someone and then went back home to wait for the JSJ (Jabatan Siasatan Jenayah – Crime Investigation Department) to come for forensics. 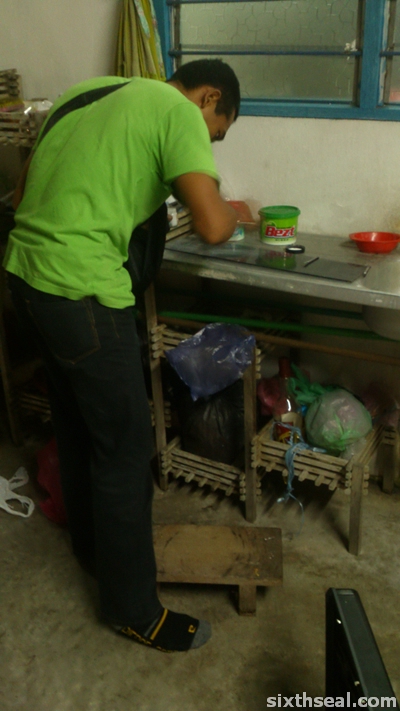 They tried to get fingerprints but didn’t get any.

There has been a spate of break-ins at that area for a long time – the neighbor behind had the same MO. My grandma’s house is never empty – there’s always someone there coz 3 of my aunts and my grandma lives there. The only time it was empty, it got broken into.

Same thing happened to the neighbor to the back. The one at the side was slightly more unlucky, two females were in the house when it happened, but didn’t see the thieves coz they were forced down on the ground. Only money was taken, no valuables.

I think Sibu is getting a bit worse each year – one of my friends chanced upon a robbery in broad daylight yesterday.

I feel so sorry for my grandma and I guess it’s a good thing that some people are gifted with the ability to make others laugh (like my cousin) which puts things in perspective.

The silver lining is that no one was hurt coz the last time someone stumbled upon and recognized the thief in Sibu, the entire family was murdered. It was done to prevent them from pointing him out but one of them managed to get away by jumping from the second floor. 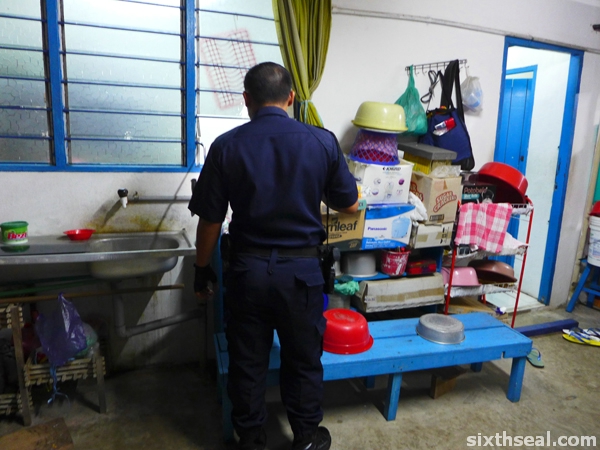 I still feel fucking horrible though – I went to sit with my grandma who was there folding clothes after the robbers rummaged through everything and destroyed the beds to see if there was anything hidden underneath.

She told me that was the money she was planning to use for a vacation. T_T

She’s a very nice person, a kind and selfless woman armed with a cheery smile and always putting other people first. That was her entire life savings she has been putting away slowly over all these years you took, fuckers.

38 thoughts on “I spent last night with the police”