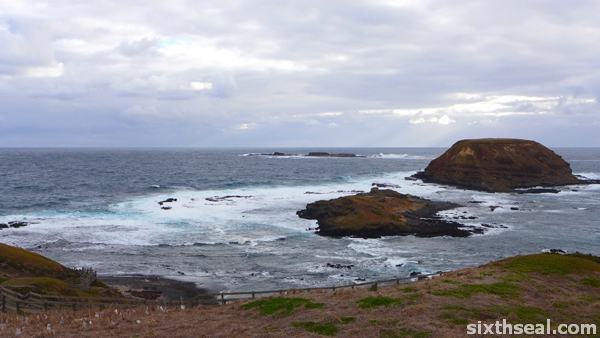 This is my favorite place on Phillip Island. The Nobbies (previously known as Seal Rocks) is located just a stone’s throw away from the Penguin Parade. It’s located on the south-western tip and admission is free! 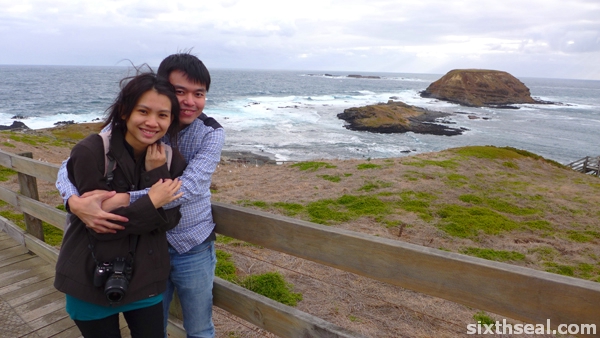 If you have limited time in Phillip Island, I suggest you head here just before you go for the Penguin Parade. 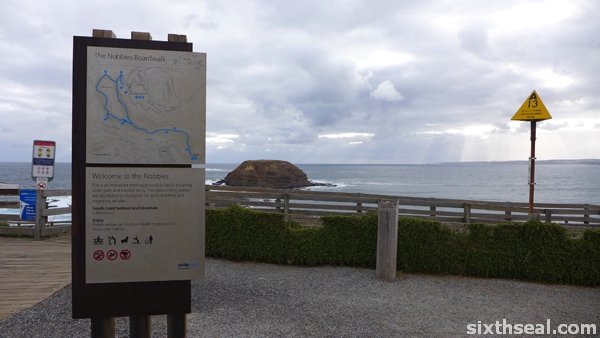 The Nobbies is a system of boardwalks that overlooks the Seal Rocks, The Nobbies and The Blowhole (which is a 1.2 km walk away). It’s home to Australia’s largest colony of fur seals, which can often be found basking right on the rocks itself. 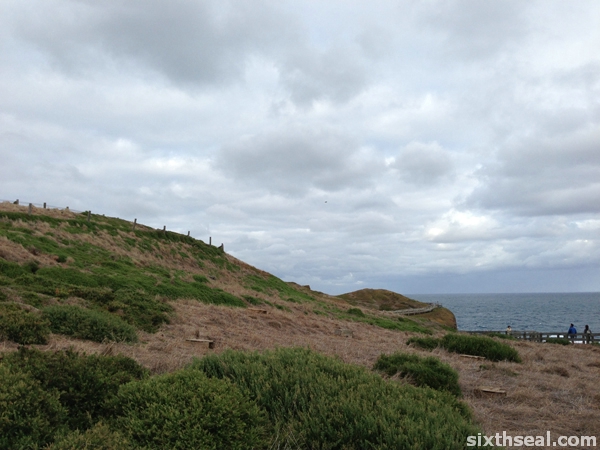 However, you’ll need a pair of binoculars to spot them. We didn’t see any seals or SEALs but there was a seal behind the camera. Haha! Contrary to popular belief, sixthseal.com does not mean “seal” (the animal you club) or “SEAL” (the elite group small mission unit that killed UBL). It’s a passage from Revelation that means “seal” (the wax you put on an old letter). 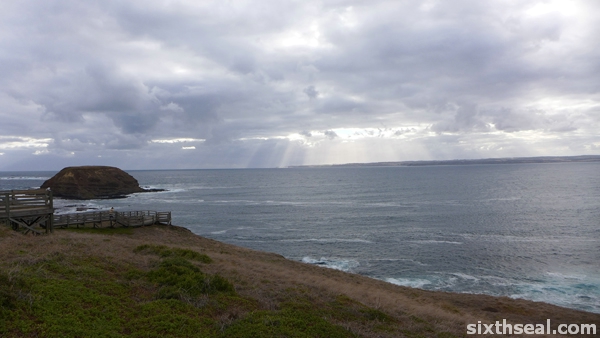 Seal Rocks (as it was known back when I first visited) is now known as The Nobbies and offers stunning vistas perfect for photography. It’s like a scene from a postcard! The rays from the sun comes glistening through to hit the large rock where fur seals sun themselves 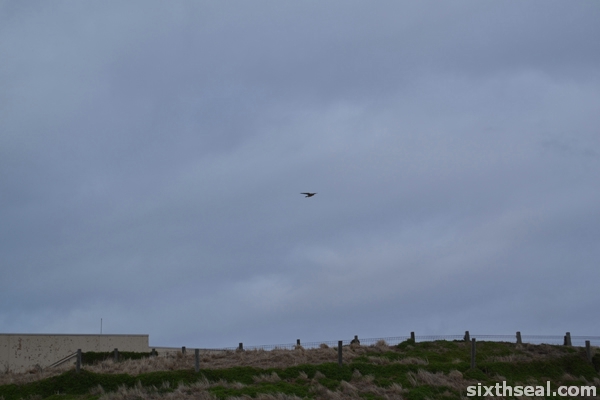 It’s also a place where Silver Gulls nest. These are amazing birds that we first mistook for a kite. Silver Gulls has a distinctive way of “flying” – they remain stationary! The wind coming into The Nobbies is amazingly strong – I had to fight my phone to keep it from flying away. The gulls can just stay motionless at one place, riding the draft and not even flapping their wings, unless it’s to move to another altitude. Amazing birds!

It’s a nice place to walk around and just relax at. It was my favorite moment in Phillip Island and I wanted this to be the last post about our trip there. You can see how strong the wind is just from the way it messes with our hair and clothes (it constantly flipped my stiff collar). 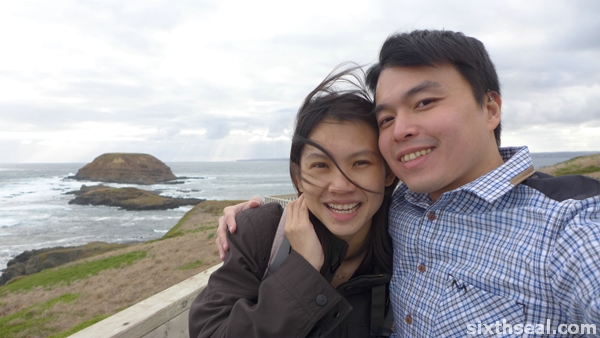 It’s a must visit if you go to Phillip Island – don’t just go for the Little Penguins, spend some time at The Nobbies and watch the seal colonies and relax by the boardwalk. It can be slightly chilly in autumn though, so bring a windbreaker (instead of borrowing mine like Ling did). 😉

28 thoughts on “The Nobbies (Seal Rocks) in Phillip Island”