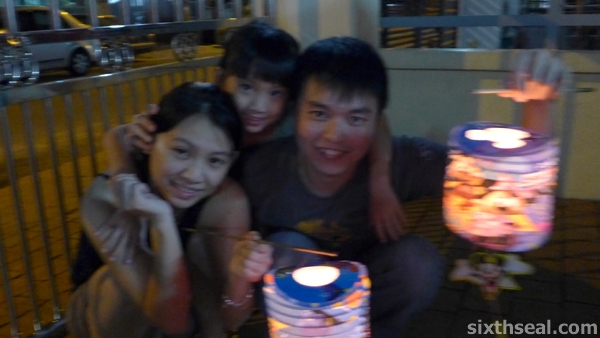 This photo was taken by the little one! 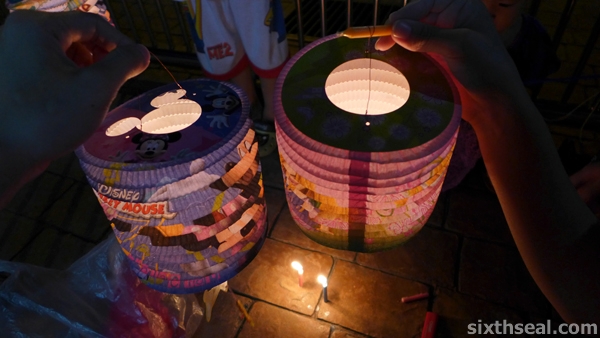 We just celebrated the Mid-Autumn festival last night! Yup, it’s several days early but that was the date it was decided on since Monday is a public holiday and everyone could make it. I was pleased to be invited by my better half’s parents to come over for dinner. 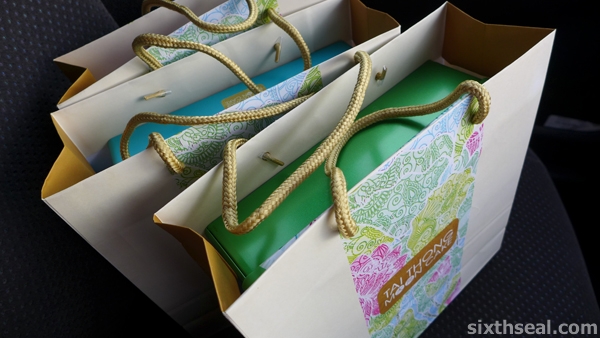 I bought some mooncakes to bring along as a gift. I spotted a teh tarik (pulled milk tea) version which I wanted them to try while my dear chose more conventional ones like white lotus and assorted nuts with chicken bits. The Imperial Musang King Royale (RM 78 / 2 pcs) has long been sold out. 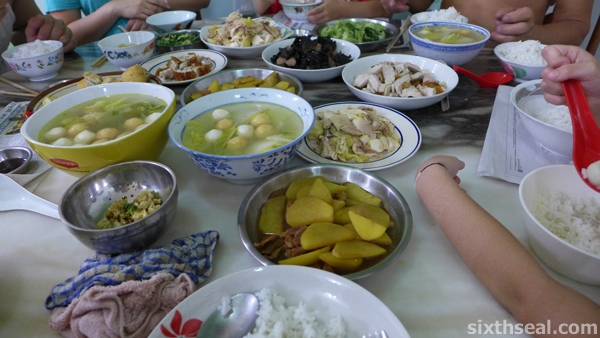 It’s good to have a home cooked meal while celebrating the mooncake festival in a home setting. My family is partly in Sibu and partly in Singapore so I don’t get that myself. 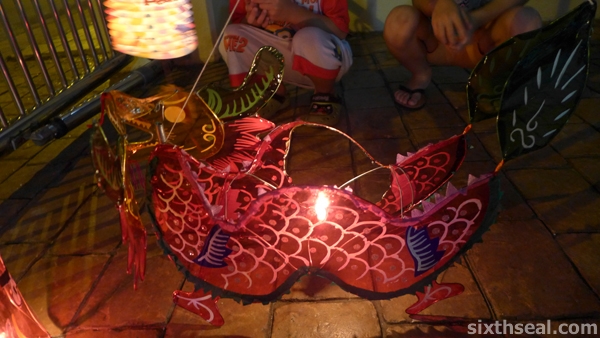 There were also a lot of kids playing lanterns – I remember this vividly from my childhood and both of us lit some as well. Haha! 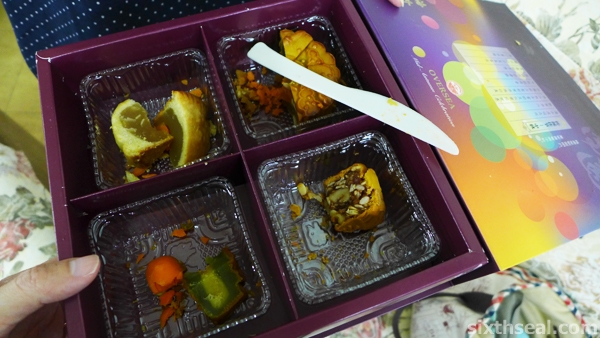 There’s a lot of weird and wonderful lanterns now – the little one got an Angry Birds version while the big one got a rather unwieldy and large dragon, which burned on one side after a while. 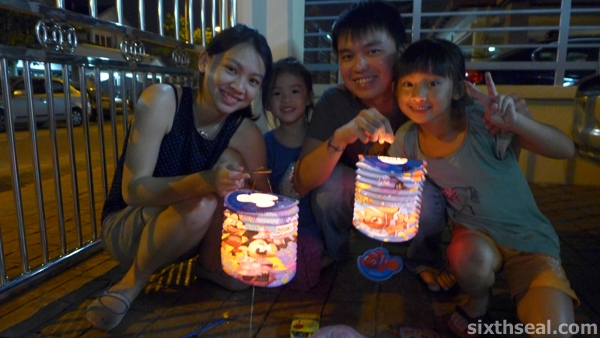 It was a good night spent with the future in-laws. Happy Mid-Autumn Festival 2013! 🙂