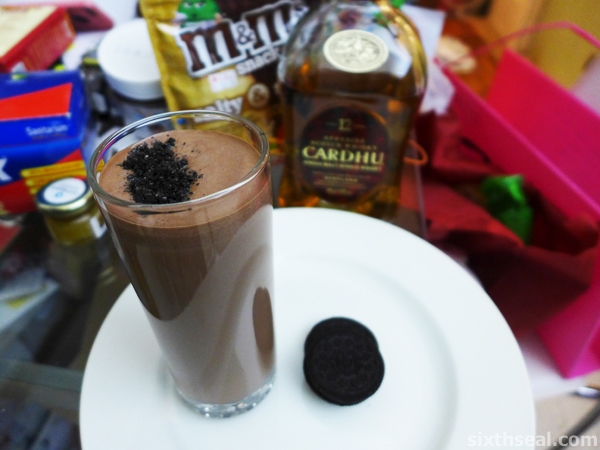 This is an *adults-only milkshake* that I just made as a trial tomorrow and it’s perfect for a Friday night – excessive amounts of cocoa powder and single malt Scotch whisky are two of the main ingredients. I used Hershey’s Natural Unsweetened Cocoa which is a 100% cocoa powder. 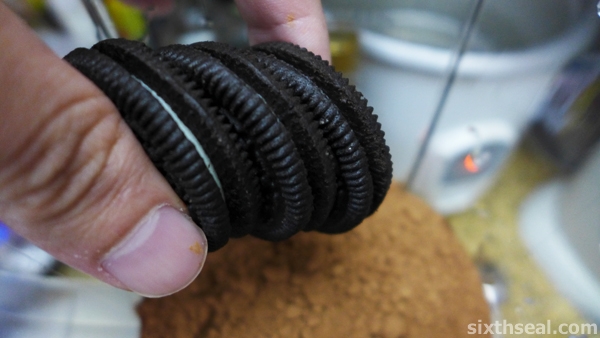 The choice of Scotch is up to which area (Highlands, Islay, etc) you’re partial to but I used a Speyside 12 year old single malt Scotch whisky for mine since I like the taste of Cardhu (and it comes in a decanter like bottle with a huge stopper). 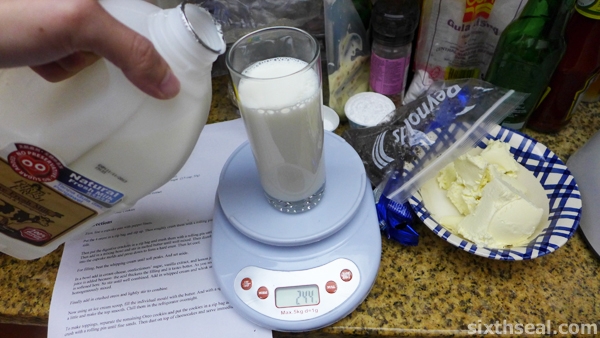 There is no reason to weigh the cold milk – my better half just brought over a scale and I wanted to try it out. Haha! 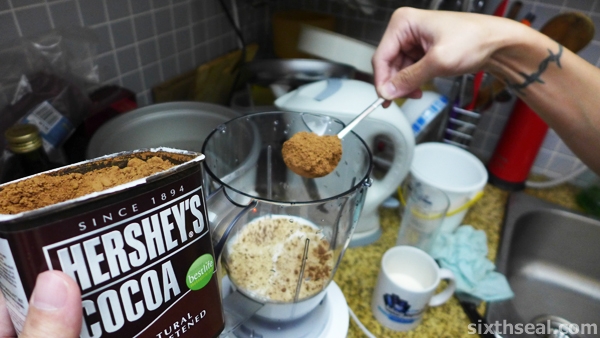 I added 4 heaped tablespoons of Hershey’s Natural Unsweetened Cocoa into the blender – this is a very heavy and strong tasting cocoa powder (100% cocoa) so you don’t need to put in a lot unlike chocolate/malt drinks like Milo and Ovaltine and the pricing reflects that. 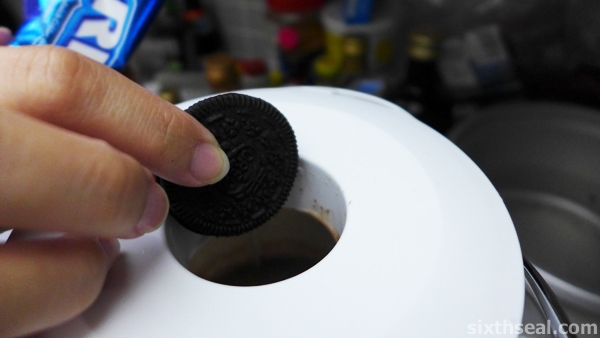 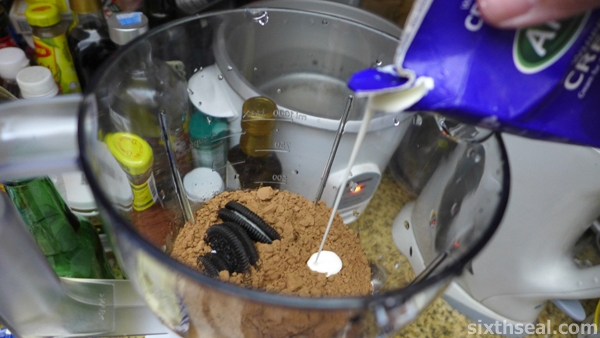 Next, put in the heavy cream… 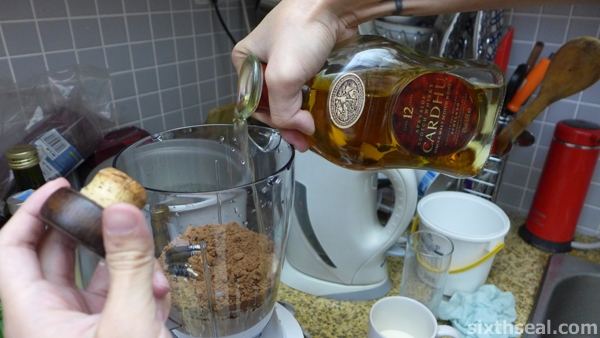 …and add the single malt Scotch whisky to taste. I poured in quite a lot of Cardhu 12 year old Scotch. I think I put nearly 3-4 shots inside. I still maintain it was a slip of the hand.

You just need to blend this all up and pour to serve! It’ll fit into a single glass with a little to spare. 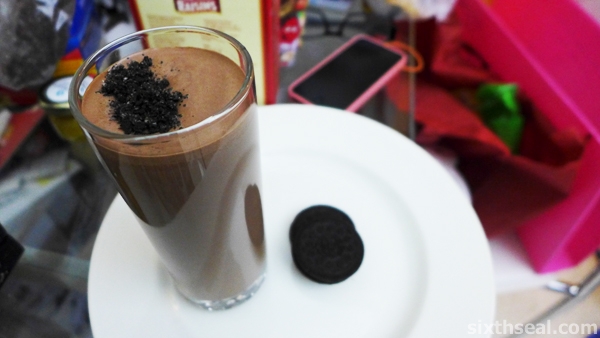 The cocoa and Oreo milkshake tastes good! The cocoa was a bit too intense so I’ll cut it down tomorrow. There’s also too much Scotch, my dear took a sip and nearly threw up, but it tastes alright to me. However, we noticed that it wasn’t as cold as we imagined and that’s coz…