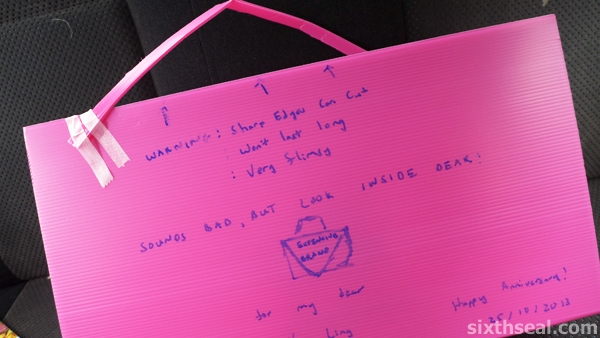 I have often joked with my better half that I won’t be able to buy her an expensive designer label handbag for at least for a couple of years. It’s a bit of an inside joke, she doesn’t want it from me but it has become a running gag for quite a while…so I decided to give her one on our anniversary.

I saw this pink 3M corrugated board (it’s not cardboard) at Borders and decided to make an “expensive handbag” for her. It’s in her favorite color too! Haha! 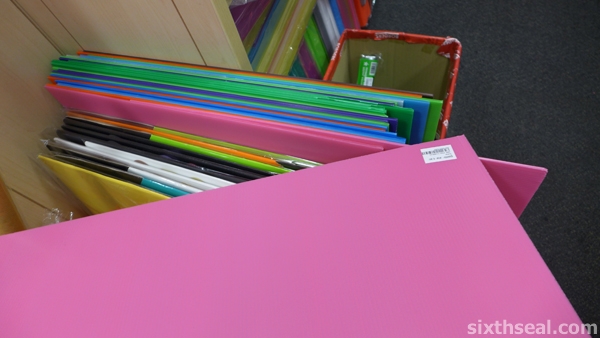 on the front and cut a 1” strip from the corrugated board to make a “handle”. I had to use multiple industrial grade staples and some 3M surgical tape to seal it too, it isn’t an easy material to work with. Inscribed on the other side is:

with arrows pointing to the top 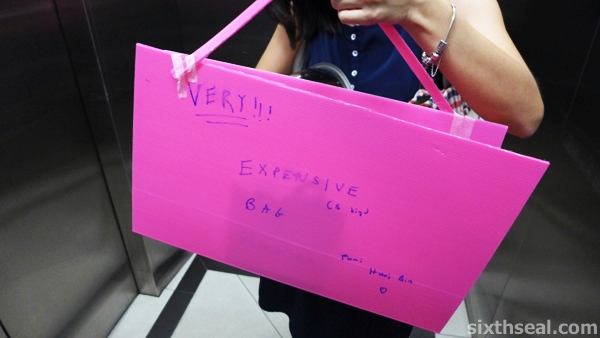 SOUNDS BAD, BUT LOOK INSIDE DEAR!

with a crudely drawn quasi-logo and our anniversary date. 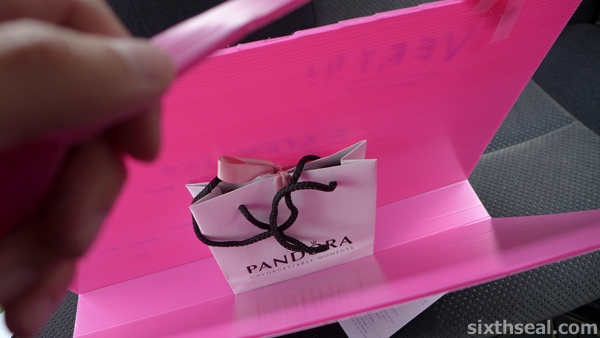 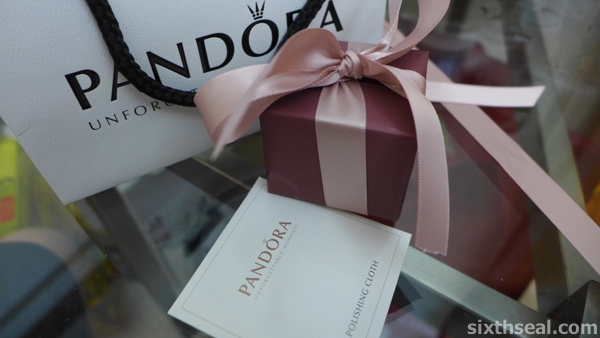 It’s like those Russian nesting dolls that goes into each other. The first bag is my handmade one, the second is a Pandora paper bag, and inside that is their latest Autumn 2013 handbag charm! 🙂 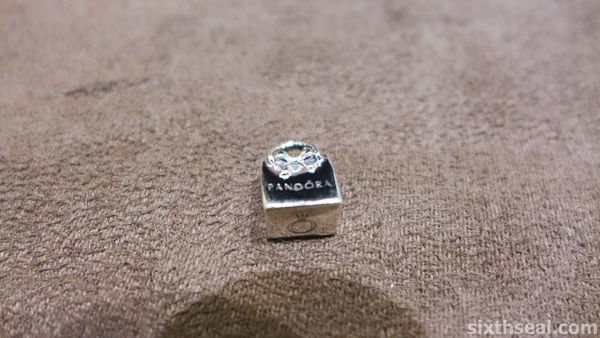 I have thought about doing this since last month and hope she didn’t notice the charm in the catalog. I am a Pandora Club member, which I hear will have benefits along the lines of 30% off later next year. I was told membership is automatic upon the purchase of RM 3,000 (didn’t even know I had amassed that much) and I have a feeling that a lot of the club members are not females but their boyfriends or husbands who gets it for them. I wonder what their marketing would make of that. 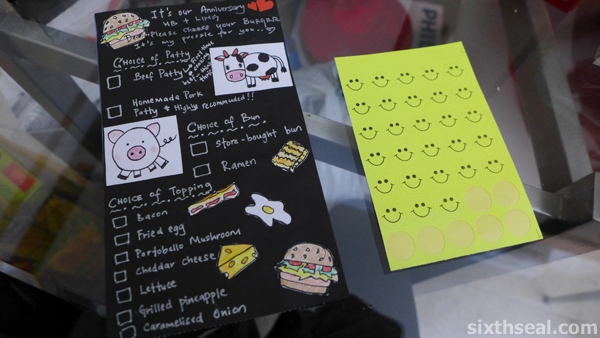 My dear on the other hand laboriously made me a menu which is also about how we tend to celebrate our anniversary. It’s like a menu from one of those gourmet burger bars that’s all around but hers has an intriguing option: 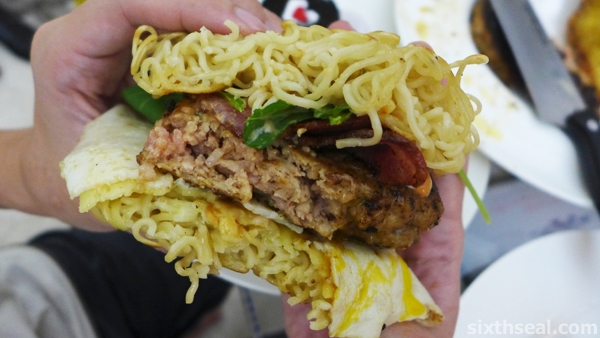 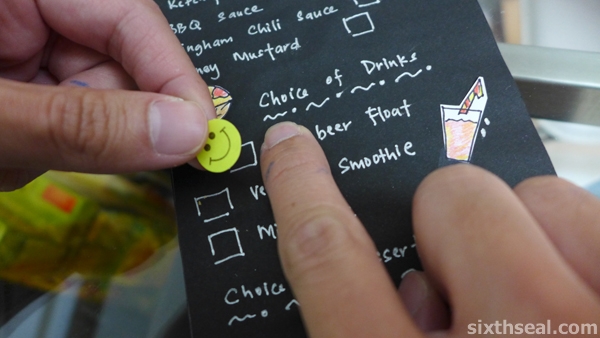 I chose that along with the pork patty (menu says highly recommended and asked me to think thrice about ordering the beef patty haha). I also have toppings, sauces, drinks and dessert! 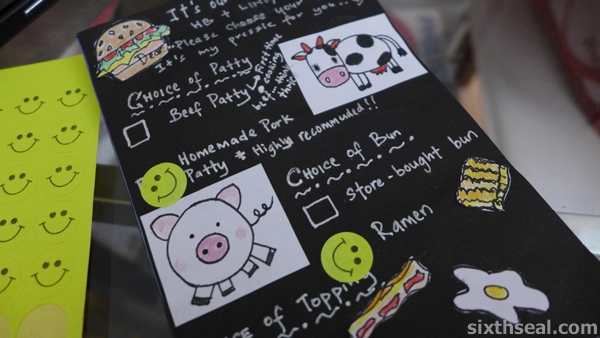 She gave me a yellow smiley sticker to put on the handmade burger menu that she made to indicate what I wanted and she cooked me a very delicious dinner the next day! 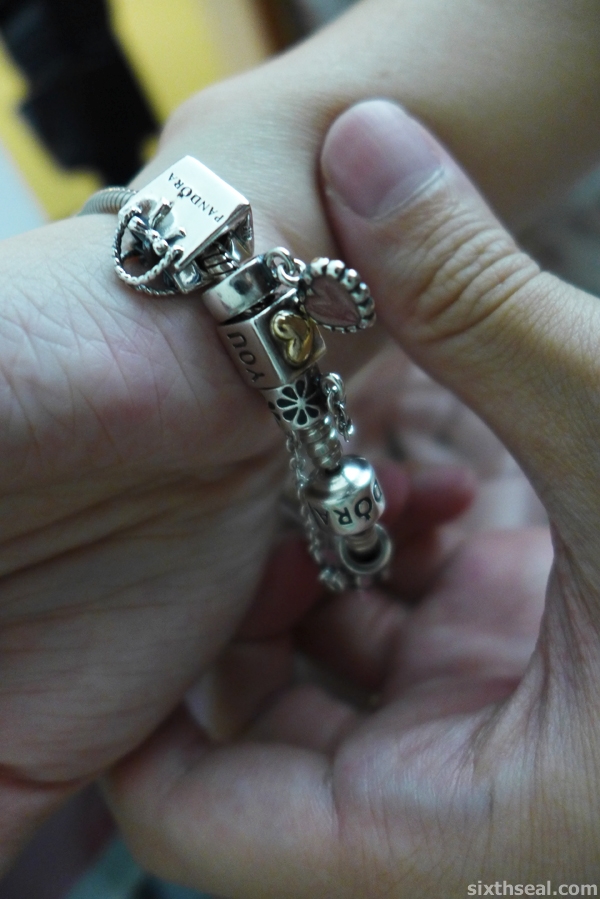 I love my dear coz she’s always very thoughtful and I know that I’m very lucky to have her. 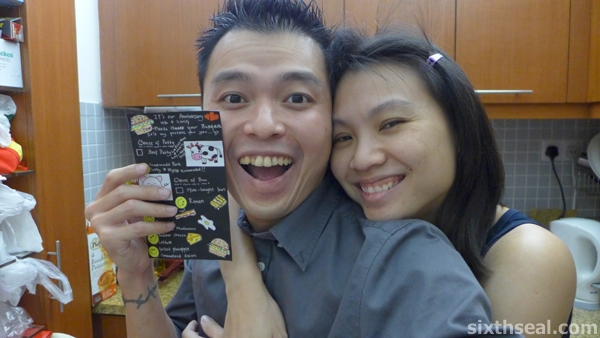 It was a great anniversary as always! You’re the best dear! *hugs*

42 thoughts on “Him: Ramen Burger Dinner / Her: Expensive handbag”