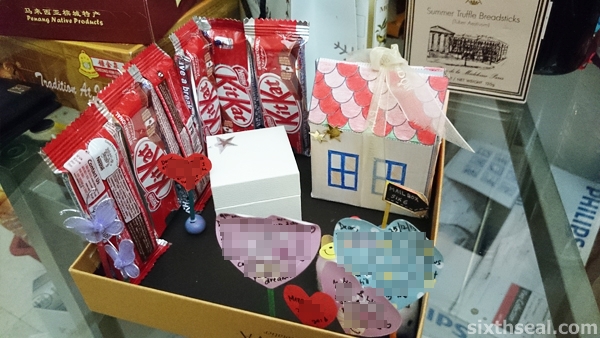 My dear gave me a really *wonderful* present during our anniversary. It so happens that our anniversary also falls on Christmas so I had two gifts! She made this apartment out of craft paper and cardboard on a Godiva chocolate box base I had given her. 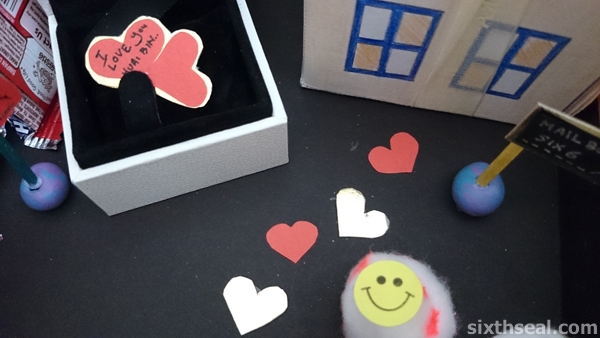 The entire creation is very intricate – there’s a lot of detail to everything, including a vow exchange, appropriately put inside a recycled Pandora charm box. <3 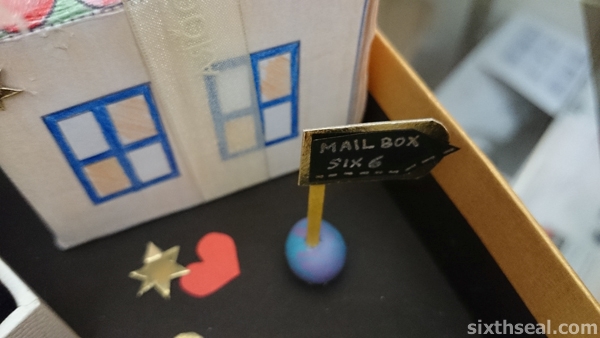 It’s very beautiful and creative, and the Godiva box used as a base is a bit of an inside thing. She had given me the *cover* the previous month and now it’s a set with the *base*. I had originally given it to her as a trilogy of premium chocolates. Haha! 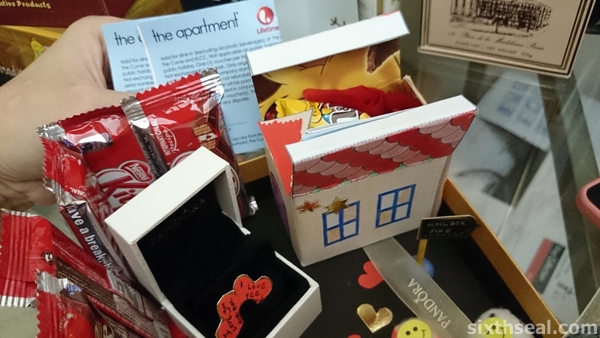 The gift is actually a MasterChef Australia dinner @ the apartment. Geddit? She got 4 x RM 50 worth of vouchers from winning a contest – thus, the apartment inside a cardboard apartment. 😀 The questionable thing about the vouchers it that they state that each one can be used on a per table, per meal basis. I thought that was a bit dodgy – this was the first prize of the contest! 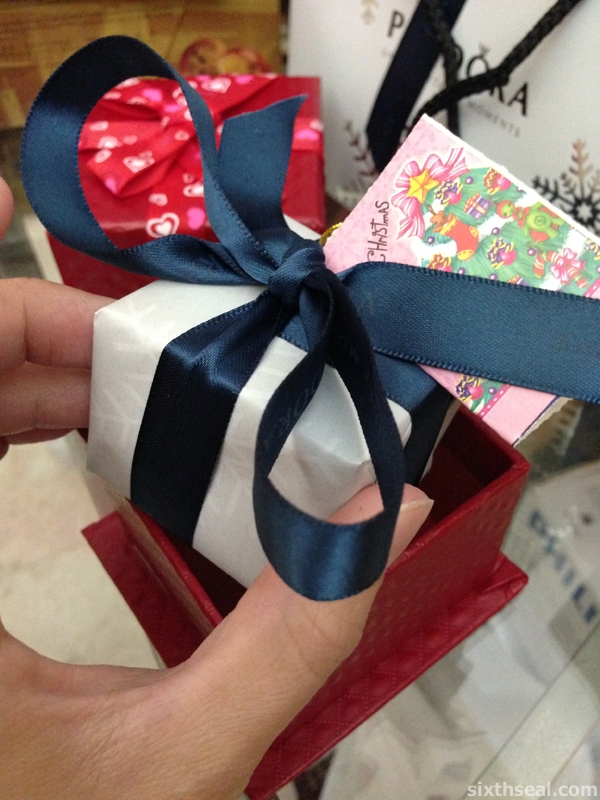 She had already known about the set dinner, it’s something we both like since we watched Season 5 together. She was prepared to pay the rest of the balance and use just a RM 50 voucher due to the rules but it turns out that the supervisor accepted all the vouchers, so that’s good. 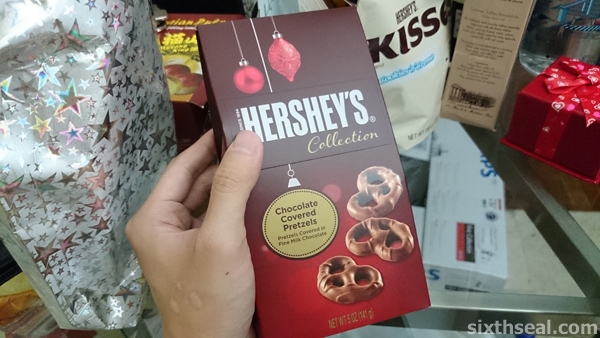 I also got a box of chocolate pretzels as a Christmas gift! 😀 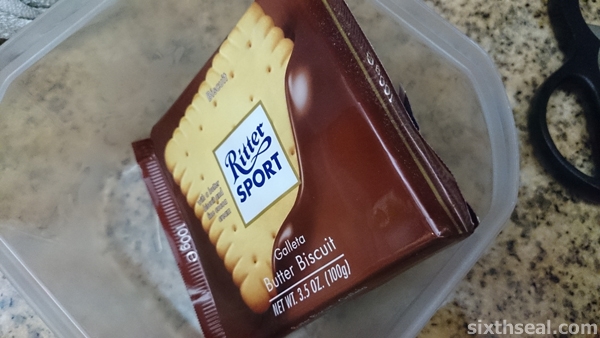 This is something that stems out of when she always used to cook for me. I’ll eat from her Tupperware boxes, wash them, and fill them with “secret candy surprises” so when she opens them, she’ll see her favorite candy as a gesture of thanks. 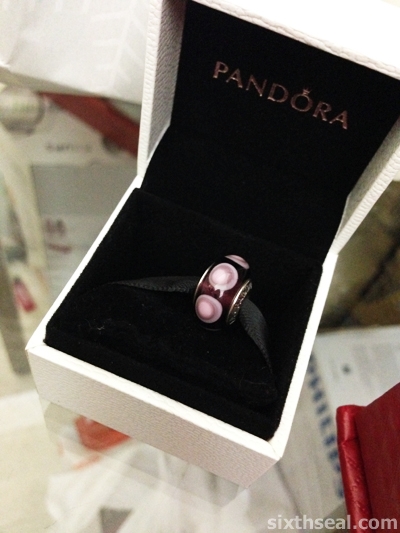 I got her something that had always been missing from her Pandora bracelet, which is a Murano glass bead charm! She had originally mentioned that it seems a bit uncomfortable and clunky but I had seen her looking at it in the brochures so I got her a nice pink and purple one! 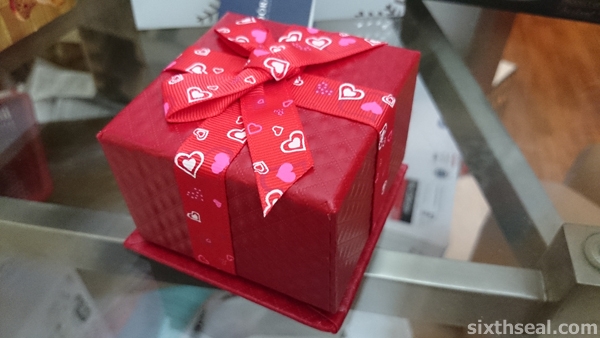 I also got a cute, red box to keep the charm inside. I found it while browsing through the Christmas stuff aisles and thought it would be nice to hide the charm in since I always seem to give her the same thing each anniversary. Heh. I also bought a tiny card to write a message to her. 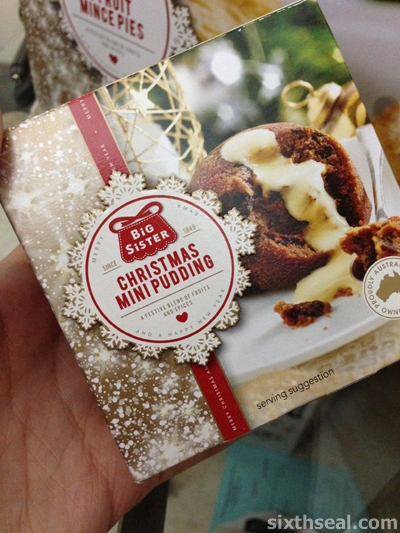 Pandora also sent me a RM 50 voucher for being a Pandora Club Member. Unfortunately, I had listed that I wanted to cash it in at Paradigm Mall instead of TCM and it expired on the 31st December 2013 so I didn’t get to use it at all! 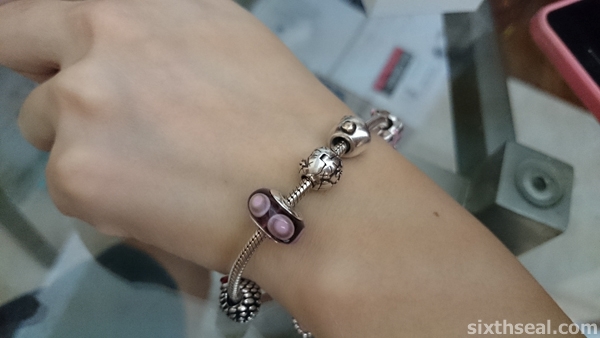 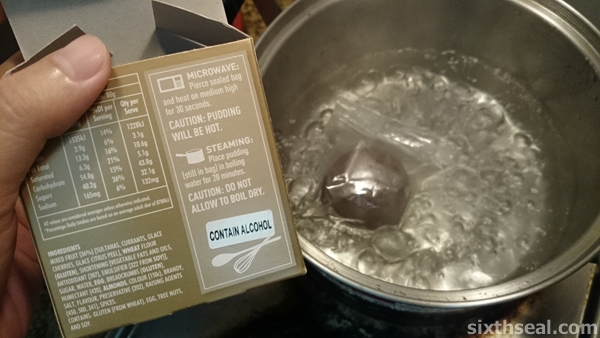 It was quite late when we did our gift exchange and I had bought a small Christmas pudding just for this dual-celebration. 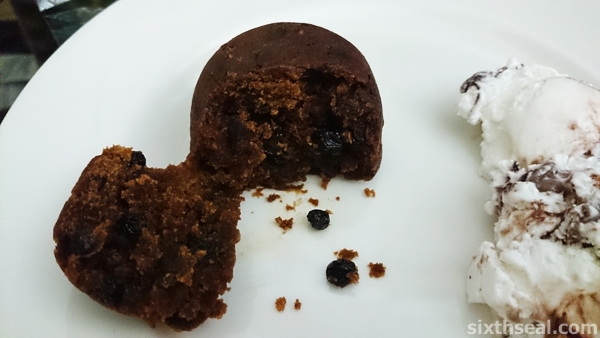 The mini pudding is quite nifty, you just need to dump the entire packaging into boiling water for 20 minutes! The wrapper is heatproof and it warms up the Christmas pudding nicely. It tastes good – there’s lots of brandy inside (thus the Tidak Halal sticker) and just the right portion for two. 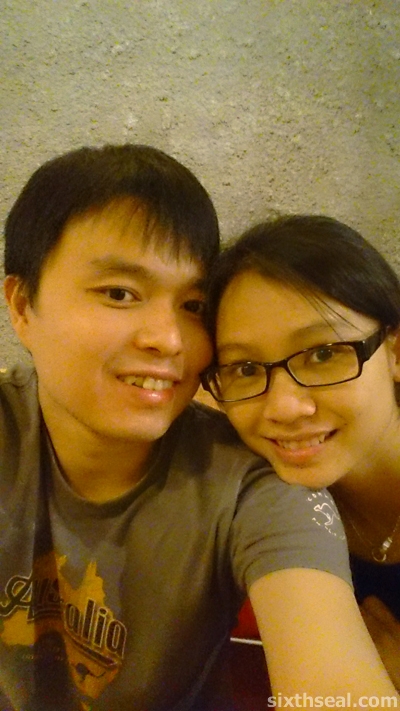 We had it with a scoop of ice cream to end the night with. I’m lucky to have you dear! Thanks for the thoughtful and loving MasterChef dinner anniversary gift and the house which you built. *hugs*