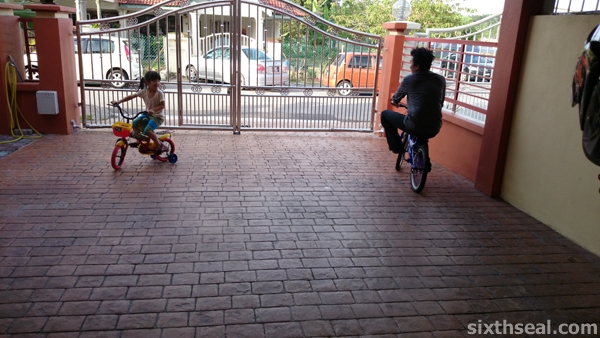 Greetings everyone! I am back after a short hiatus – major stuff to sort out and everything is peachy now. In fact, I just had one of the best days of my life with my dear and the kids. It was actually quite a simple thing, I wonder why we didn’t do it earlier. 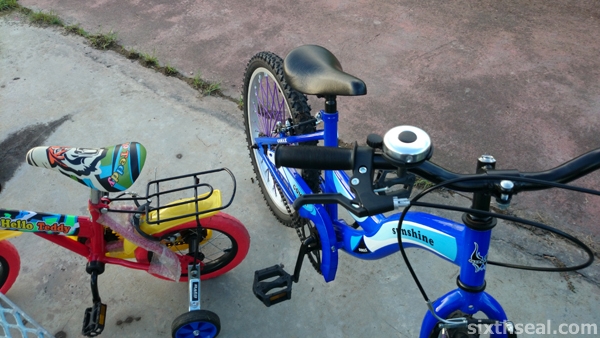 We got a bicycle for the little one (second hand, person is moving out of the country) for just RM 40 and the big one got a new (and larger) bike for RM 200. There’s one bicycle at home I got long ago from MyProScooter, which is for adults and one day after work we just took the kids to the park! 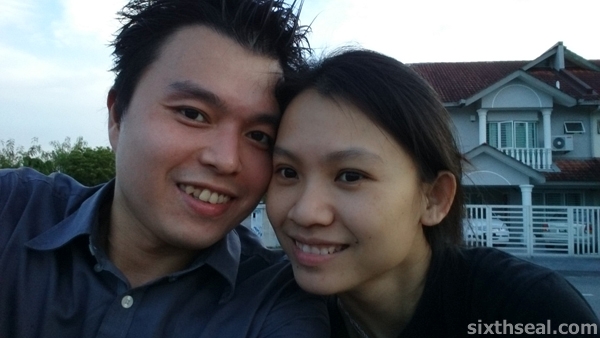 It actually started out with me trying to ride the new bicycle with the little one while the big one is finishing her school. She had a quick dinner after that and we all cycled to the park. The kids kept wanting rides so it was the most exercise I did for to date! I also had to cycle with my dear at the back – we tried it the other way round, but she couldn’t even start cycling coz I was too heavy. 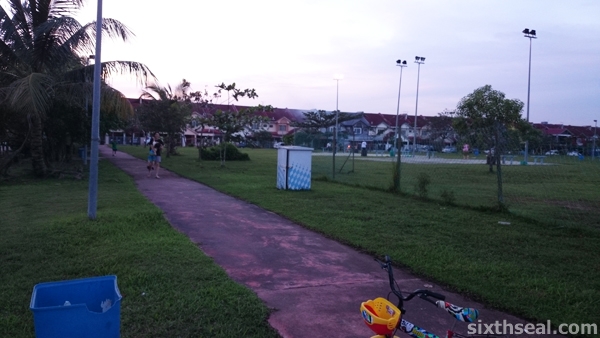 I gave so much rides and raced with the big one so much that I felt like puking. It didn’t help that I was still wearing my work clothes so I overheated and was nauseous for a good hour! I had fun though, and so did my dear and the kids. It’s the wholesome family fun that I’ve always wanted to have and I’m glad we did that! 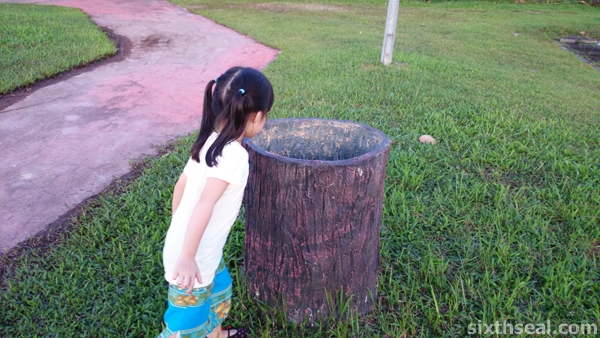 The funniest thing was watching the little one run with her short legs chasing after her sister. Haha! Too cute. The simple pleasures in life are the best.

It was nice that I could take a lot of awesome photos with just my phone too, which reminds me…

I’m using my Sony Xperia Z1 [link to my review] now and I’m constantly amazed at the new things that it can do. My previous phone is a Sony Xperia S and I used the Xperia Transfer app to sync everything on my old phone to the new one so it’s up and running.

The Xperia Transfer app can be downloaded from Google Play and it works for *all* Android devices. What if you have a Windows or iOS phone? Sony PC Companion and Sony Bridge for Mac (it’s an executable on your new Sony Zperia Z1 smartphone – just connect the microUSB) performs the same function.

Thus, whatever platform you’re using right now, you can do a direct transfer of your data, contacts, photos etc into your new Sony Xperia Z1 so you’ll be ready to go! 🙂

26 thoughts on “The Best Day of My Life”