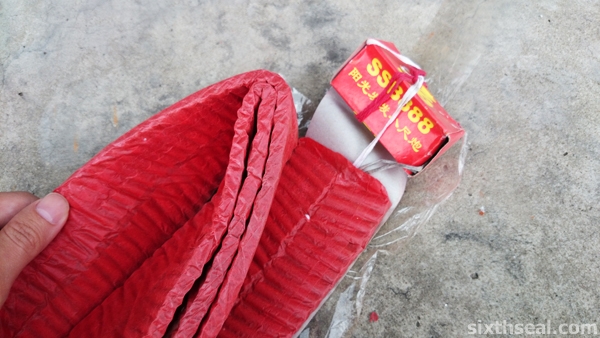 It’s the firecrackers de jour for these two years (at least for experiential or cost conscious buyers) due to the fact that it’s very cheap. It’s the exact opposite of the 39,000 head firecrackers which cost upwards of RM 150 – this is a short, semi-traditional string of firecrackers that everyone can afford. 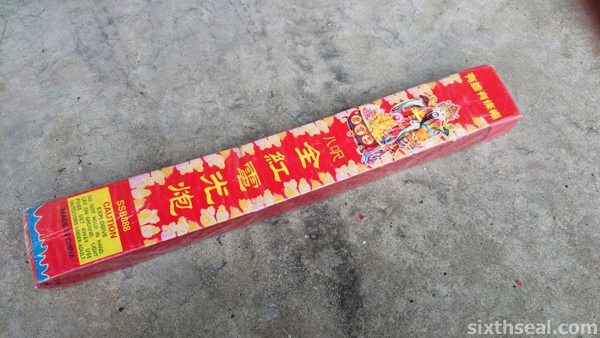 These are RM 10 each and it’s marketed as waterproof firecrackers. That’s due to the *wax red paper* wrapped around the entire length of the string of firecrackers, protecting it from the elements. 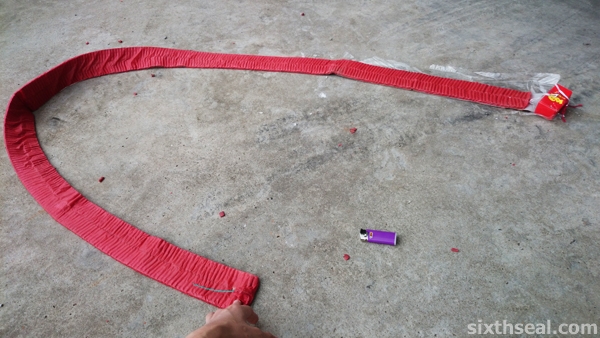 It’s perfect for lion dance performances since it can still be lit if it rains and it’s not as explosive as the 39,000 head firecrackers, which have been known to injure performers. 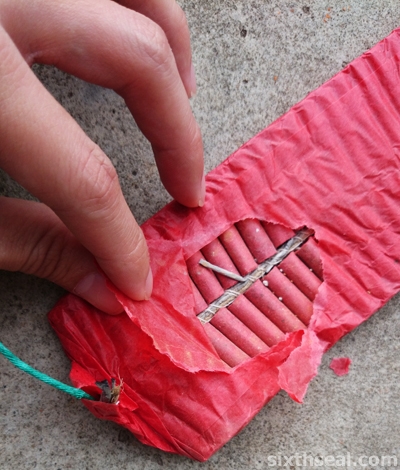 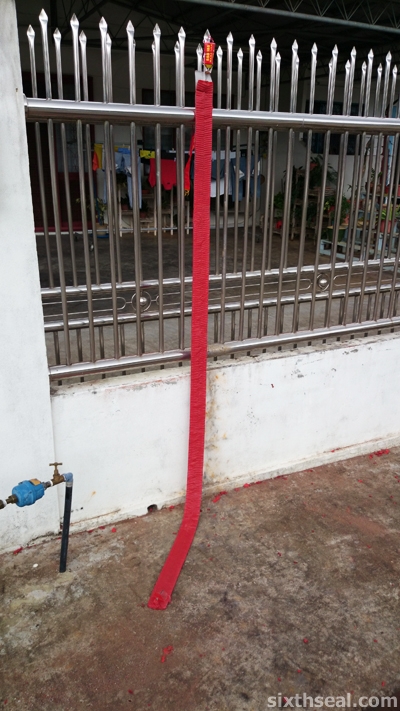 I noticed that there are a lot of unexploded ordnance when compared to other firecrackers. There’s bound to be some but this is a bit excessive. I took a video and thought that this happened coz I forgot to remove the cardboard backing, but that’s not the case. 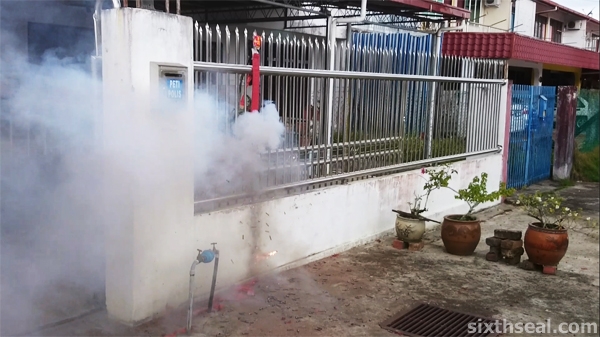 I somehow lost the long Visco fuse (long green fuse) and had to light this with the fast fuse but it turned out alright. The wax paper doesn’t tear consistently when the firecrackers explode – this is the fourth string that I’ve let off and all turned out this way – but you really can’t complain for the price.

These “waterproof firecrackers” also lasts a very long time (almost 30 seconds) since it burns slower, despite being only 8 feet long, in contrast to the fast burning 39,000 head firecrackers – it’s a selling point for some people, but not for me. I like my firecrackers to go fast and furious! 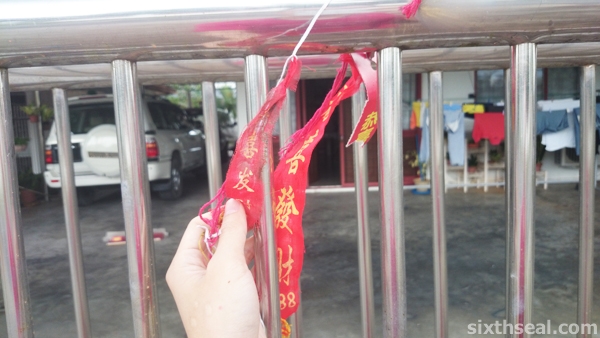 However, you really can’t argue with the RM 10 price tag and it also has a small explosive finish with an auspicious couplet bearing banner inside (which is unusual at this price point) and I let it off just before it rained twice – it really can be lit even in mild showers!

Here’s what my hometown looked like during CNY. It’s the stroke of midnight during Chinese New Year 2014. The symphony of noise and light has been going on for the entire night…and now reached it’s *peak*!

I always have problems videoing the CNY fireworks coz it’s very hard to get the auto-focus done right through all the sudden flashes of light and the blinding clouds of smoke. I used my Sony Xperia Z1 to do it and I was extremely pleased by the results! It does a wonderful job at focusing quickly when I pan the smartphone around and the audio is awesome too!

I couldn’t believe my Xperia Z1 records better fireworks videos than most of the cameras I’ve had in the past. The video is a bit long but I provided two (2) coz I know there are people who love seeing the annual fireworks show the people here put out. It’s absolutely superb this year, you’ll see everything from 388-shot fireworks cakes to 12” aerial fireworks shells with new breaks!