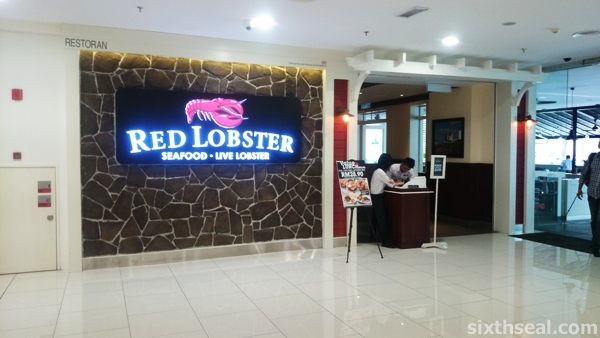 I didn’t really pay attention to the launch of Red Lobster Malaysia so I was quite surprised to see the Red Lobster marquee while at Quill City Mall. I was there with a friend and wanted to see if it was the same Red Lobster as the US casual dining restaurant so we popped in to check it out. 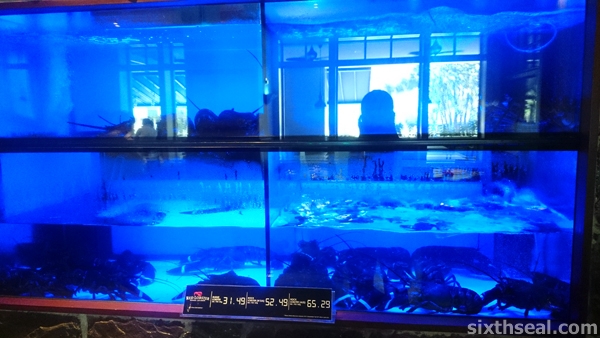 They have a very misleading lunch promotional menu which says “Value Lunch RM 28.90 with 6 delicious options”. The Fine Print (TM) of “starting from” really pushes the definition of the term but who in their right mind would think lobster would come at less than RM 30? I had browsed the menu and spotted the same item I wanted to order at RM 84 but I feel that this has created a lot of ill-will among the public. 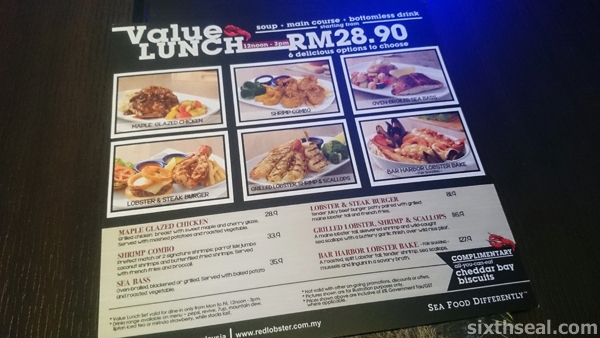 It seems that Red Lobster Malaysia has some teething problems which resulted in a lot of angry customers but most of that seem to be price or service related. It’s been proven that good service actually increases the enjoyment of a meal and we had great service from the wait staff. Granted, we were the only ones there and the staff to customer ratio was 4:1. 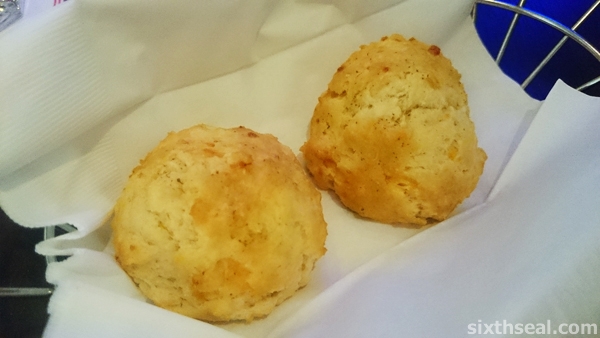 We were seated inside and provided with complimentary Red Lobster Cheddar Bay Biscuits. I love the warm and cheesy biscuits, but the presentation could do with a bit of work – it was served on a tray with serviettes (!!!). I would have expected something a little better from a place like this, at least spring for a nice piece of linen to keep the biscuits warm. The complimentary soup wasn’t interesting at all but that wasn’t why I came here. 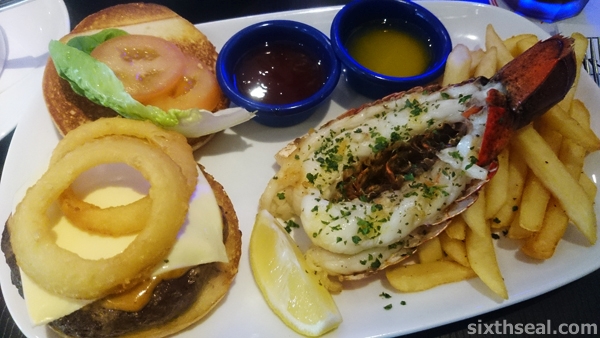 I ordered the Lobster & Steak Burger (RM 81.50). It’s a dish of “tender juicy beef burger patty paired with grilled Maine lobster tail and French fries”. I loved my burger! I had ordered it medium and it came out exactly medium. It was succulent and juicy and positively dripping with bovine goodness. The grilled Maine lobster tail was awesome too, especially with the butter sauce. The hot sauce was addictive as hell too! 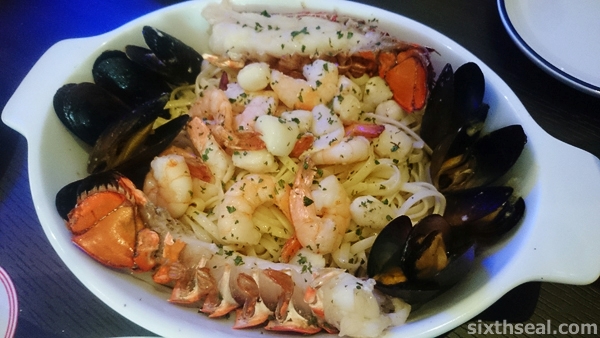 My friend went for the Bar Harbor Lobster Bake (RM 127.90). This is supposed to be a sharing dish but we were still quite surprised at the portion. It’s a “roasted, split lobster tail, tender shrimp, sea scallops, mussels and linguine in a savory broth”. I can’t say I enjoyed the pasta much, it was slightly gloopy but the lobster was good. The sea scallops and mussels were on the small side (especially the former) and didn’t add much to the dish. It was still better than the appalling Lobster Thermidor I had in Harrod’s KLCC. 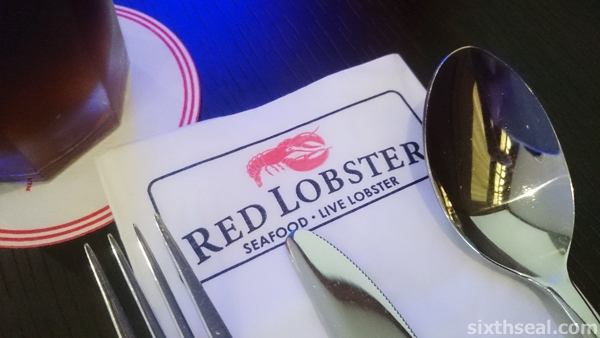 I thought Red Lobster Malaysia does what it does very well – lobster! The other dishes aren’t that great. I went for the burger coz there was a LongHorn Steakhouse directly beside this outlet sharing the same kitchen and it was super! I feel that if you go, knowing that it’s a casual dining restaurant that doesn’t accept reservations (like Chili’s), stick to what they know best (lobsters) and don’t mind the high prices (use a corporate expense account) you’ll love the food. I sure did.