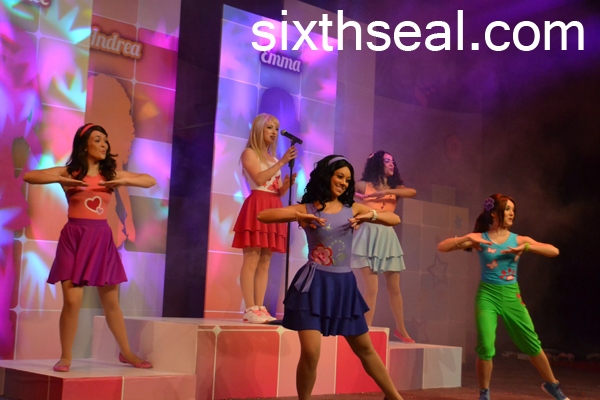 LEGO Friends LIVE is actually products and cartoons turned into real people for a musical. These are the little one’s favorite characters in LEGO! She watches the cartoons religiously and knows all about Andrea, Mia, Emma, Olivia and Stephanie. Her bigger sister is more into Chima nowadays. 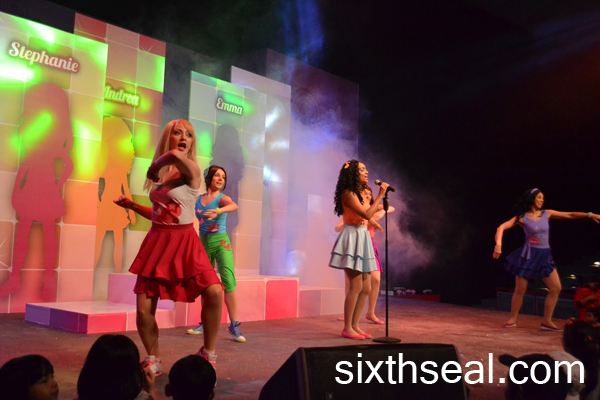 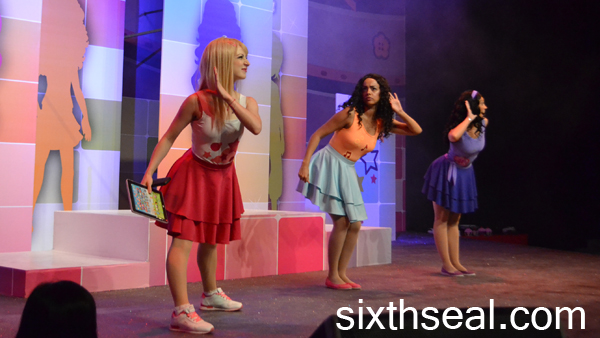 We were at Legoland over the weekend and we actually spotted the characters of Lego Friends twice – once when we were having breakfast in Legoland Hotel on the first day and the second time just as we were entering the park on the second day. 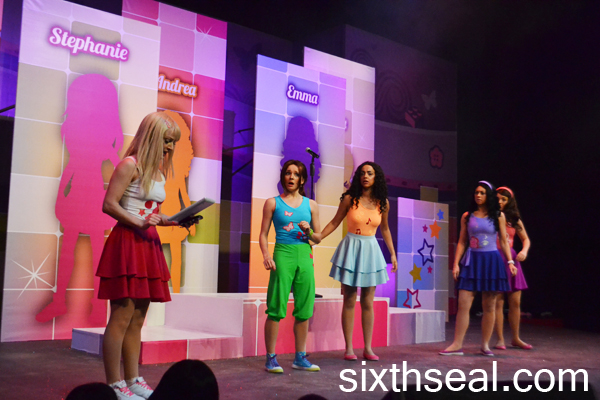 Unfortunately, we were in the midst of eating the first time so we didn’t go out to take photos with the girls of Lego Friends and we wanted to get a family photo with a LEGO character the second time and by the time we were done the cast had finished their photo session and walked past us to get ready for their first show. 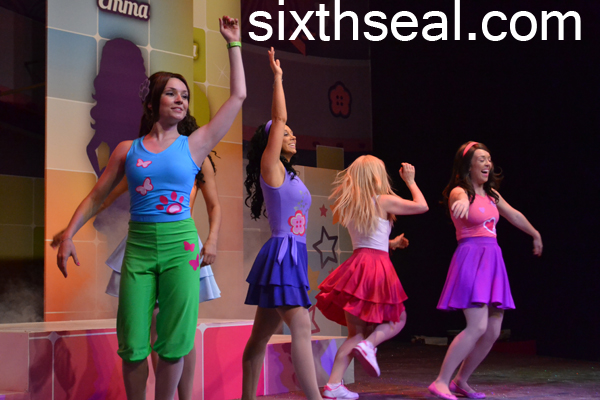 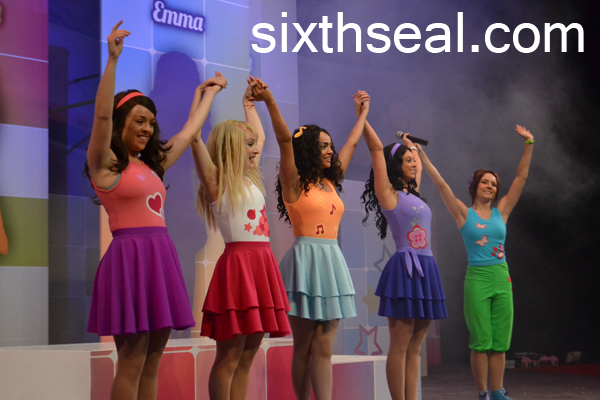 I just wanted to talk about us experiencing the first ever LEGO Friends musical performance in Asia! 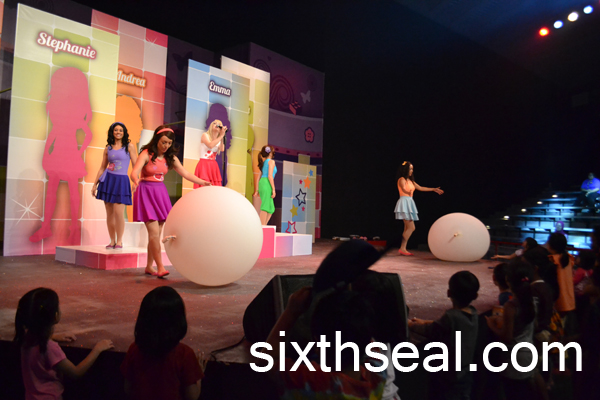 There’s giant balloons which they threw to us and we bounced around back to them – a nice interactive touch! 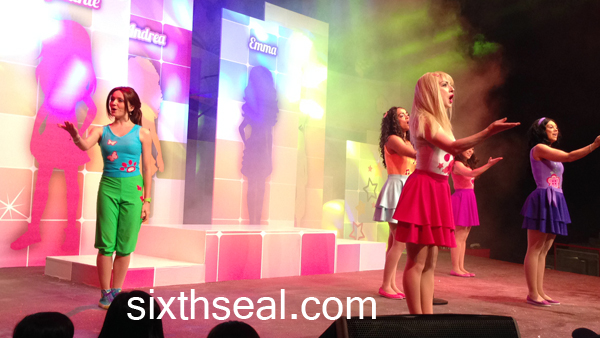 It was quite a surreal experience – having watched the cartoons from the little one’s iPad, it took a bit of processing to see real life people looking and dressed up like LEGO Friends characters and *acting* like them too! They each have different personalities which are amped up in the musical performance.

I filmed a video of the sound check, skit, interaction between the real life LEGO Friends and a bit of the start of the concert. I loved how they really got into character – the kids enjoyed it, and so did we! I got the little one a nice purple t-shirt of LEGO Friends too (the bigger one wanted a LEGO Chima one). 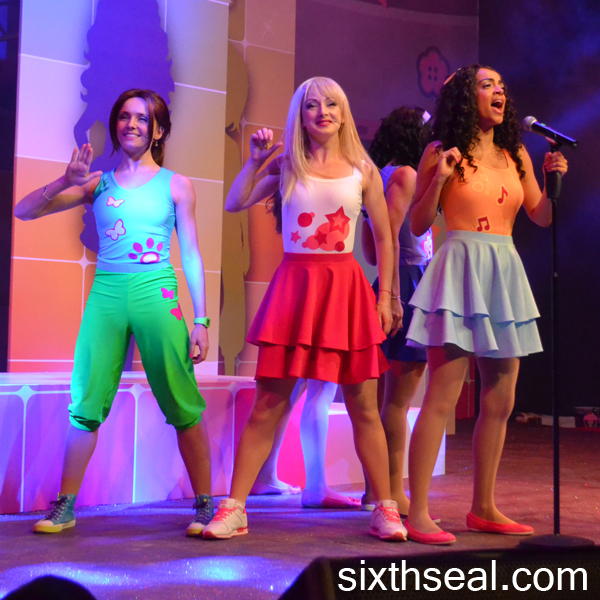 We had an awesome time, it’s a good thing we made the time to drop by LEGO City Stage to see this musical. More about our family Legoland trip soon! 🙂