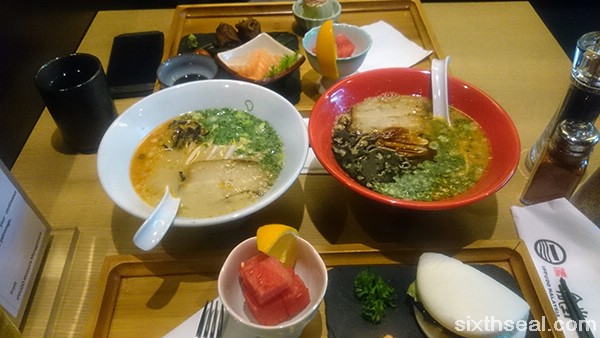 I have been to IPPUDO a couple of times in the past and found their Hakata tonkotsu pork bone soup to be better than most. IPPUDO is famous for their Kyushu style ramen and pork buns. The latter is actually really yummy! The one in Bangsar Shopping Centre (BSC) is actually a new Bar IPPUDO – one of their IPPUDO x sake outlets. 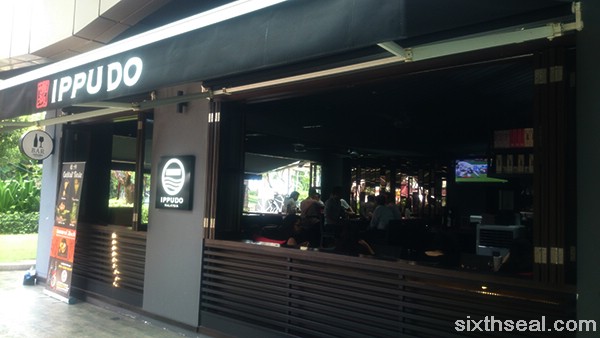 This doesn’t mean that Bar IPPUDO don’t still serve good ramen though. I was there for lunch with Ang Khian and the place was packed! I originally wanted to meet at MidValley but due to the school holidays, there was no parking to be found. I circled two parking lots (C and H) for almost an hour before giving up and going to BSC instead. 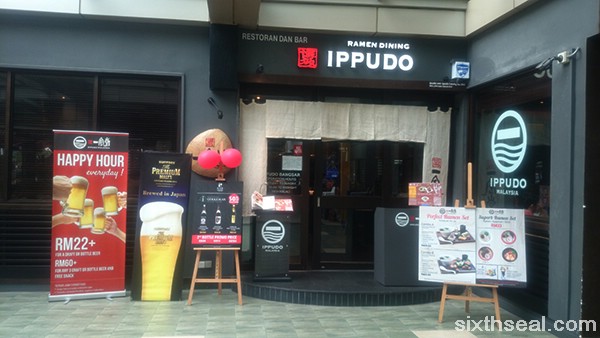 There was a waiting list to get a table and I finally managed to get seated. I was tempted to order the Samurai Rock (around RM 40) cocktail which is made with Nikka From The Barrel but since it was a lunch meeting, I abstained and just stuck to their lunch sets. 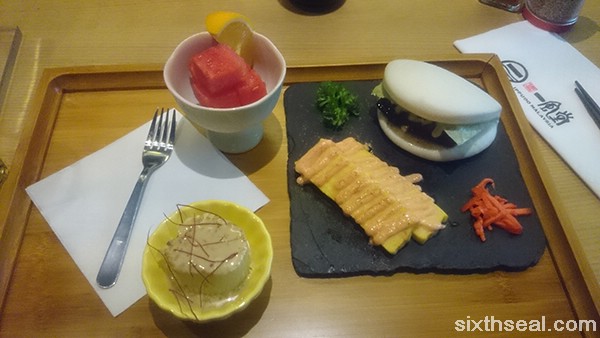 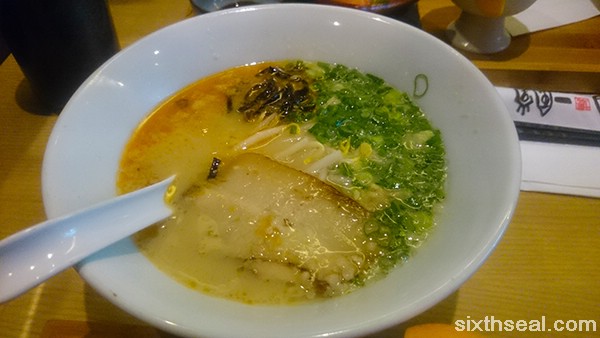 This is what I had. You can choose from Shiromaru Motoaji or Akamaru Shinaji and I opted for the former. It’s a half bowl ramen instead of a full serving since it came with other stuff. In addition to the half bowl Shiromaru Motoaji, there was: 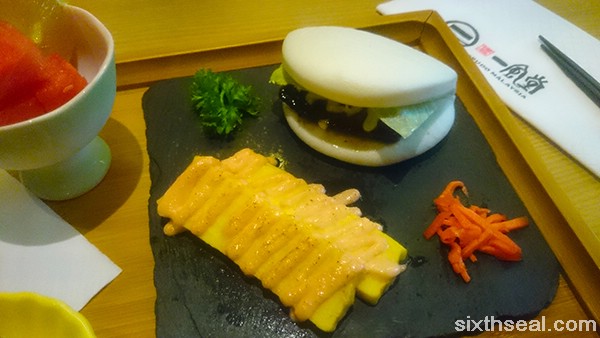 I made this choice for the Ippudo pork bun, which sounds mundane but is surprisingly good. My first bite left me wanting more – the pork belly in the soft and warm enveloping clamshell dough was simply divine! 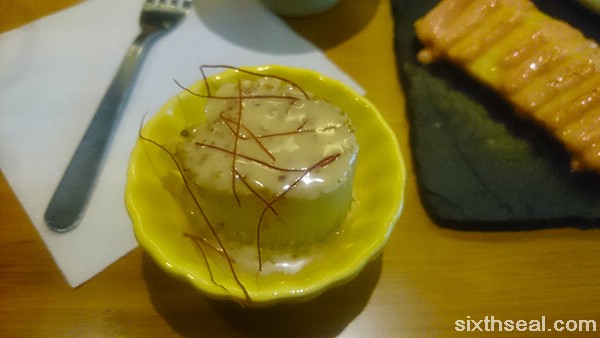 I really liked the sweet tamagoyaki too but the nappa cabbage was left half-eaten. The dessert of watermelon with a wedge of orange was pure genius though – the orange slice was cut in a way that each cube of watermelon *absorbed* the orange juice and it tasted wonderful. 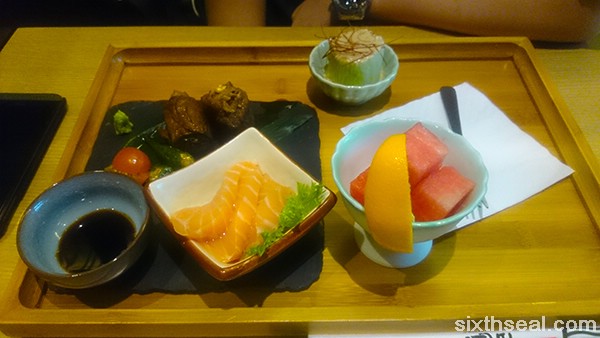 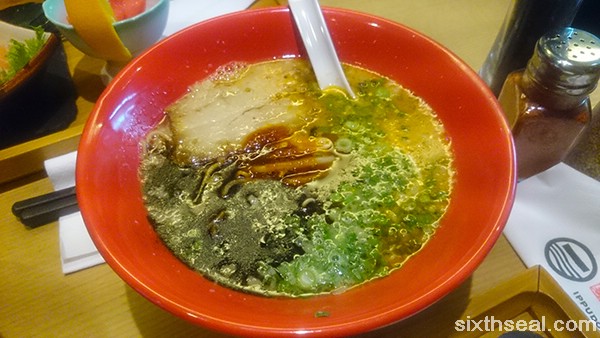 This set had two different items – sashimi replaced the pork bun and beef enoki the tamagoyaki but it’s otherwise the same. You also get the same ramen options and Ang Khian went for the Akamaru Shinaji half bowl ramen. 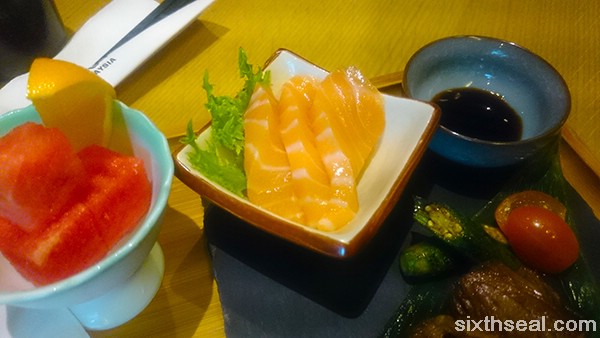 She asked me if I wanted to have a slice of her salmon sashimi and I said it’s fine. I was just being polite coz it’s only the second time I met her and we were discussing some business over lunch. Haha. I really wanted to eat it but I haven’t seen her since Chinese New Year in Ipoh in 2009 so I decided to be gracious. 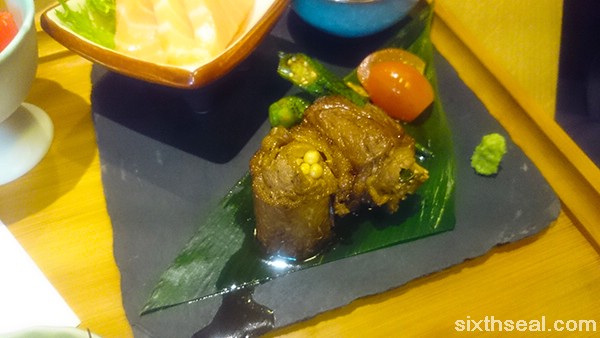 I was quite tempted to eat her beef enoki too. 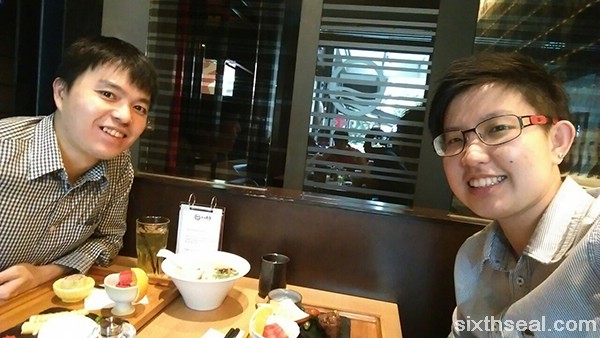 The service was really rushed and you can see the waitresses visibly harried – the lunch crowd at Bar IPPUDO, BSC is surprising considering the amount of F&B outlets there. People came, they ate, and they left – the turnover was so fast that we couldn’t talk shop and finished our lunch before heading over to CBTL for coffee (forgot there was a Dome there).

I’ll be back for that Nikka Japanese single malt and grain whisky cocktail with a perfectly round and spherical ball of ice though. 🙂