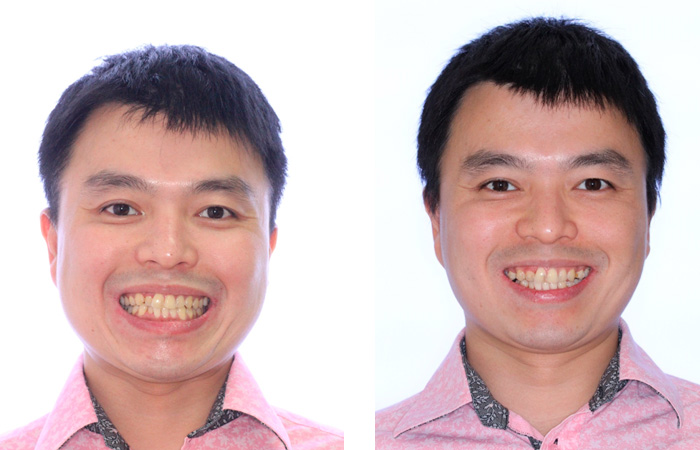 I’m sure a lot of people are curious to see photos like these. There has to be a reason why these Before and After photos are popular in all aesthetics related field. Here’s mine!

Warning: Some photos might be a little graphic since they show my insides in great detail.

) let me introduce you to some of the photos Imperial Dental Bangsar has been kind enough to share with me. These are taken by a professional photographer (they have one in-house) that takes snaps of you before procedures. I have had photos taken several times during the course of my Invisalign treatment (and once when I had a saliva duct infection). 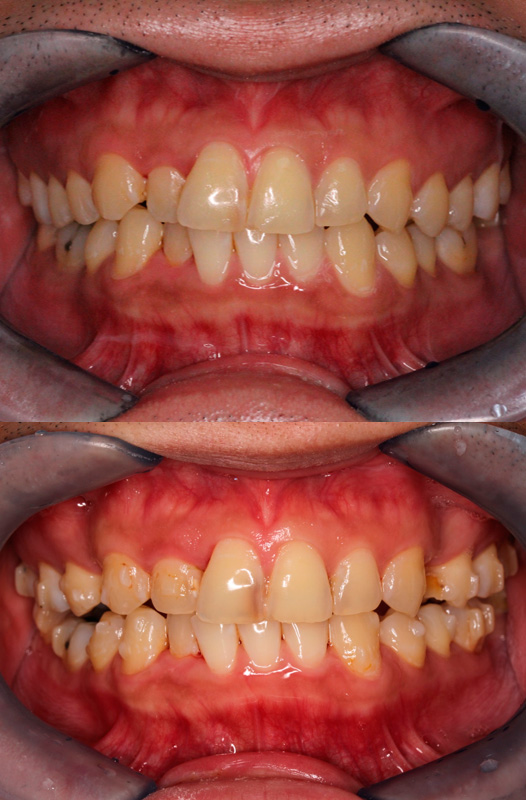 This is a shot of my front teeth. 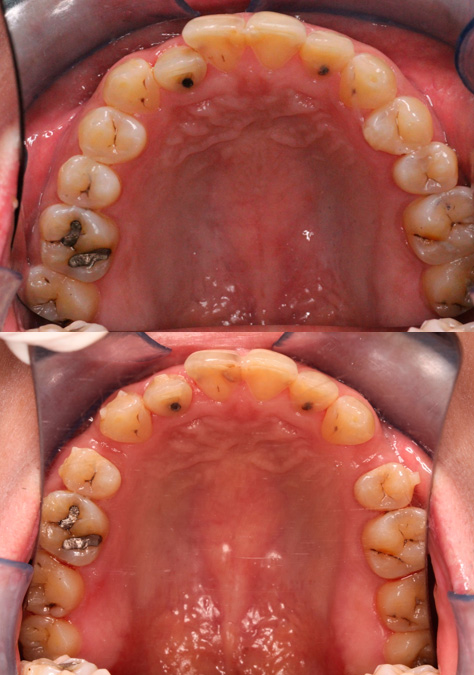 Here’s one of the upper jaw… 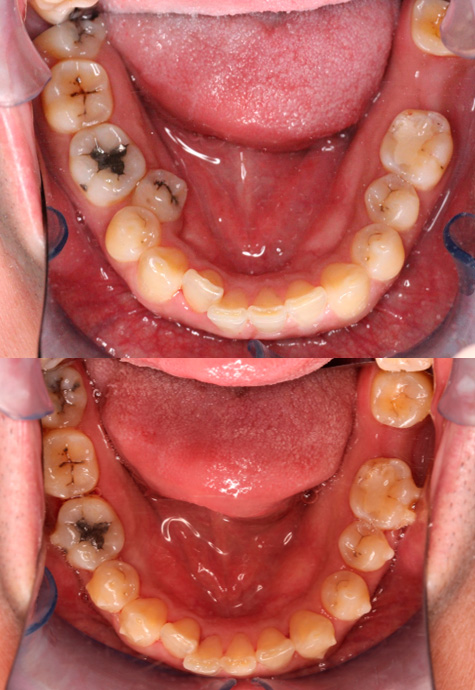 …and a photo of my lower jaw.

The leftmost/upper pictures are all Before and the rightmost/lower ones are the After shots…or should I say “During”? I’m still in the midst of my Invisalign treatment – in fact, my awesome orthodontist Dr Salima made new Invisalign molds coz one of my lower left back teeth isn’t coming out as fast. There’s still a long journey ahead but you can see the positive changes already. There’s an inward growing teeth which has been removed in the picture above so everything looks nicer. 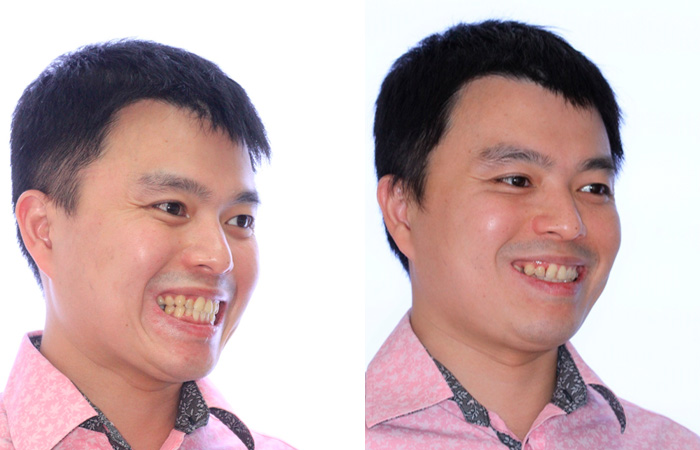 My teeth are also a lot straighter now, even though it’s barely halfway through my treatment. I also realized I’ve grown A LOT fatter over the past year. T_T

Haha! I’ll post up more of these photos again soon!

BTW, I get a lot of comments asking about the cost of the procedure, and I’m not qualified to answer that since it differs for each individual. Try surfing over to Imperial Dental Bangsar and message them on Facebook for a proper quote if you’re interested. Cheers!

8 thoughts on “My before and after photos!”