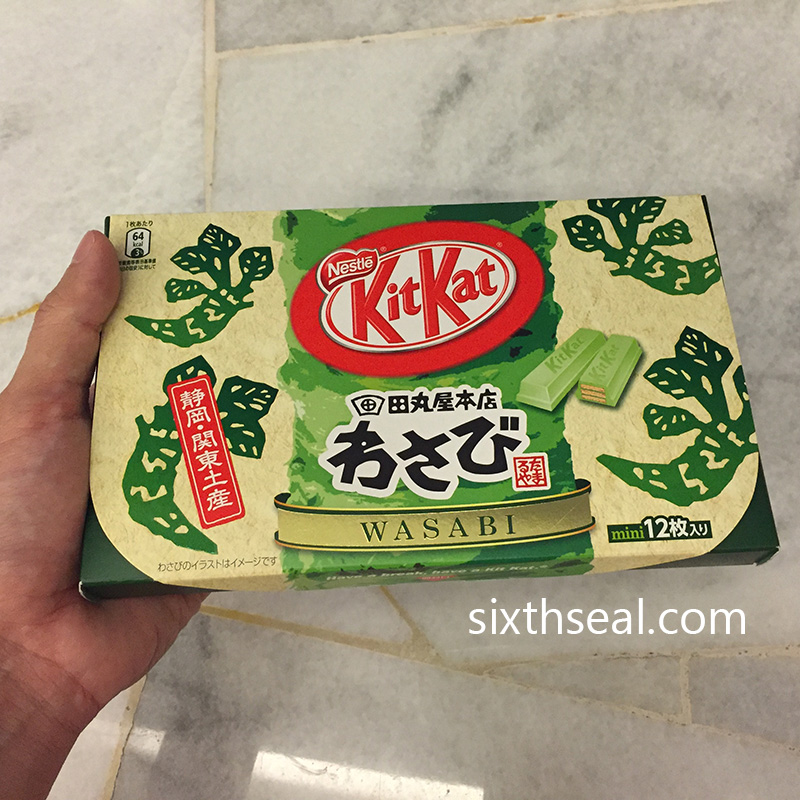 These remarkable Japanese Kit Kats are made with wasabi! It’s not fake wasabi or the imitation horseradish that’s often passed off as cheap “wasabi” either. Nestle Japan teamed up with the huge Tamaruya-Honten Co Ltd (who has been manufacturing wasabi since 1875) to make these delicious snacks. I couldn’t resist trying this weird flavor so I snapped up the Wasabi Kit Kat as soon as I saw them. 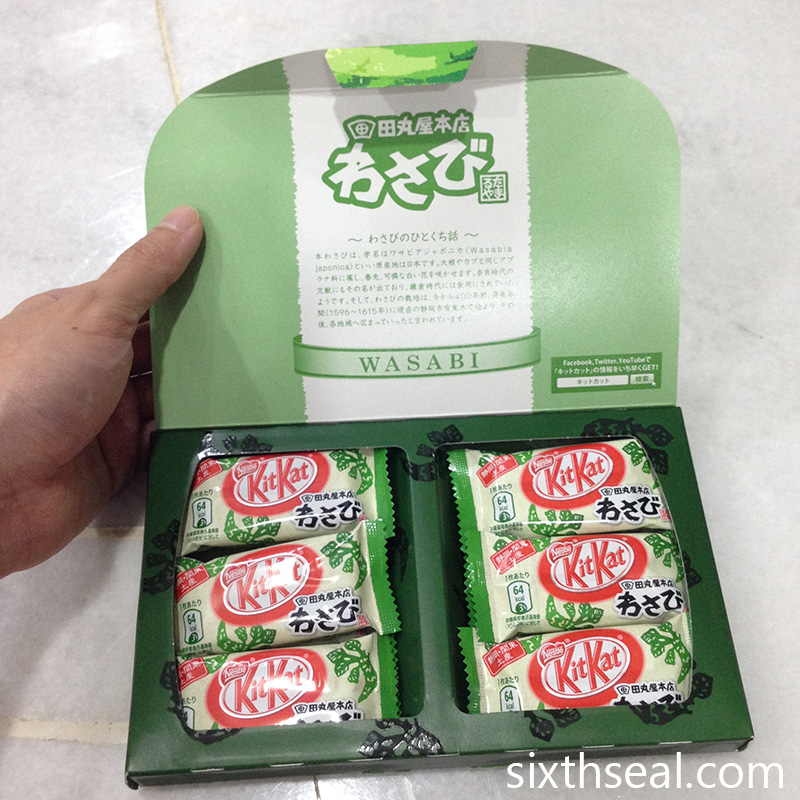 There are 12 pieces of Kit Kats in the box, all individually wrapped. A regular pack in Japan holds 3 wrapped pieces of 2 Kit Kat mini bars so this is four times the amount. It’s presented in a nice box meant as omiyage (souvenirs). It opens up from the front to reveal two rows of Wasabi Flavored Kit Kats. There is writing on the flip side of the cover which explains the provenance of the product. 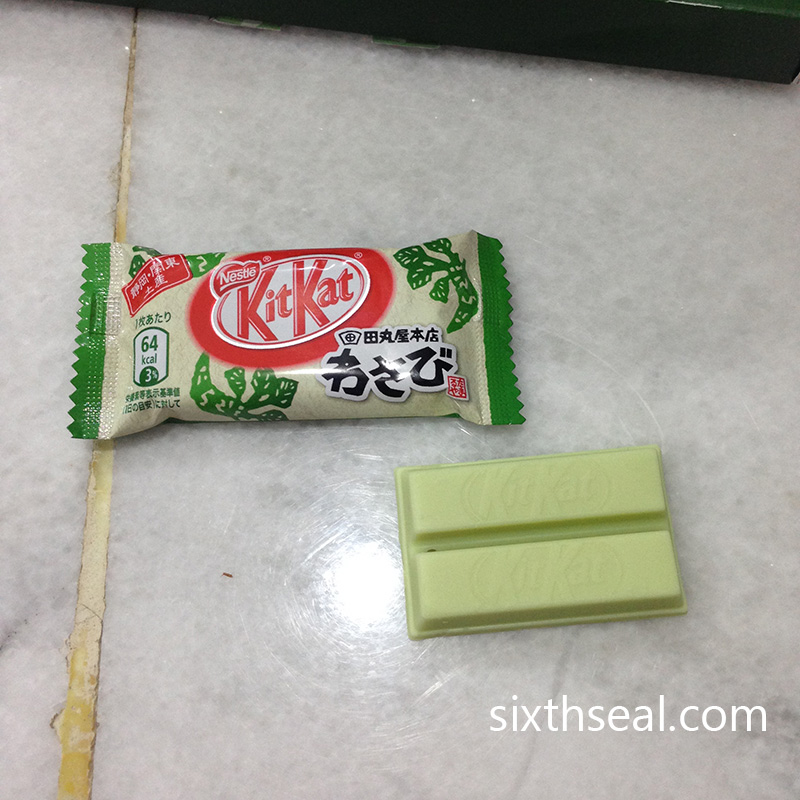 No, I didn’t inexplicably start reading Japanese from a single trip to Hokkaido. I took a photo of the text with Google Translate and it showed me the English translation. That’s actually how we got around in Japan when we were there earlier this year. Haha. These are special edition Kit Kat from the Shizuoka-Kanto area. 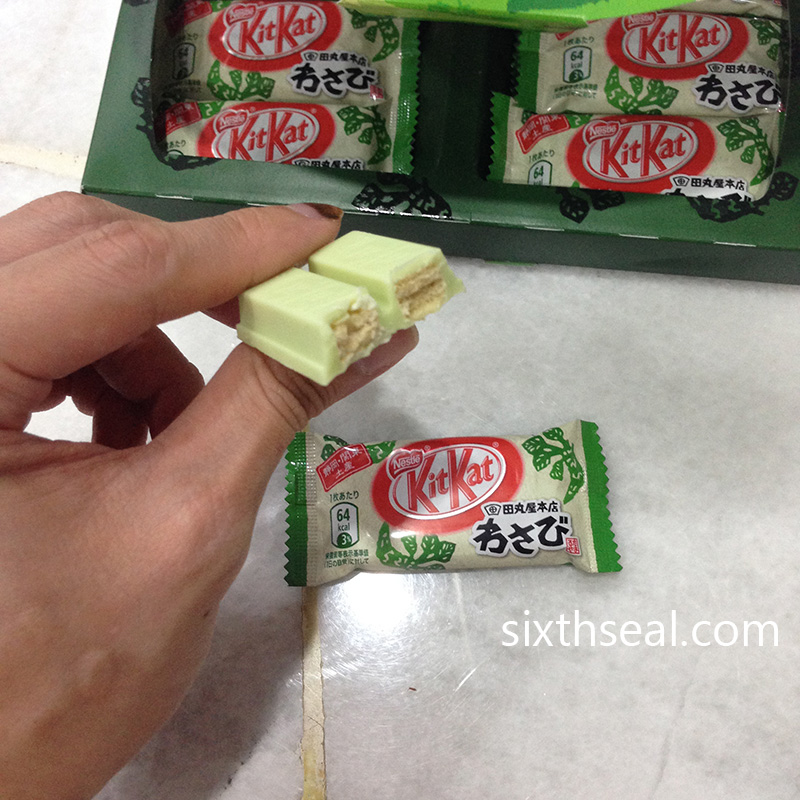 Tamaruya-Honten uses only wasabi from the Shizuoka Prefecture with no coloring and horseradish added. The latter two is basically what makes up virtually 100% of wasabi locally. No such shenanigans here, the stuff Nestle Japan puts in these Kit Kats is real wasabi made by a reputable wasabi manufacturer. There is a blurb at the back introducing Tamaruya and a link to their website. I believe “honten” means original shop.

I took a bite and was startled to find out that the wasabi flavor was really strong. It cleared up my sinuses and I could taste/feel the pungent wasabi notes through my nose. It was not unpleasant but the taste combination was strange. My better half didn’t like it though, she found the strong wasabi kick rather off-putting. I didn’t mind, I’m quite fond of wasabi but honestly it doesn’t go very well with chocolate. 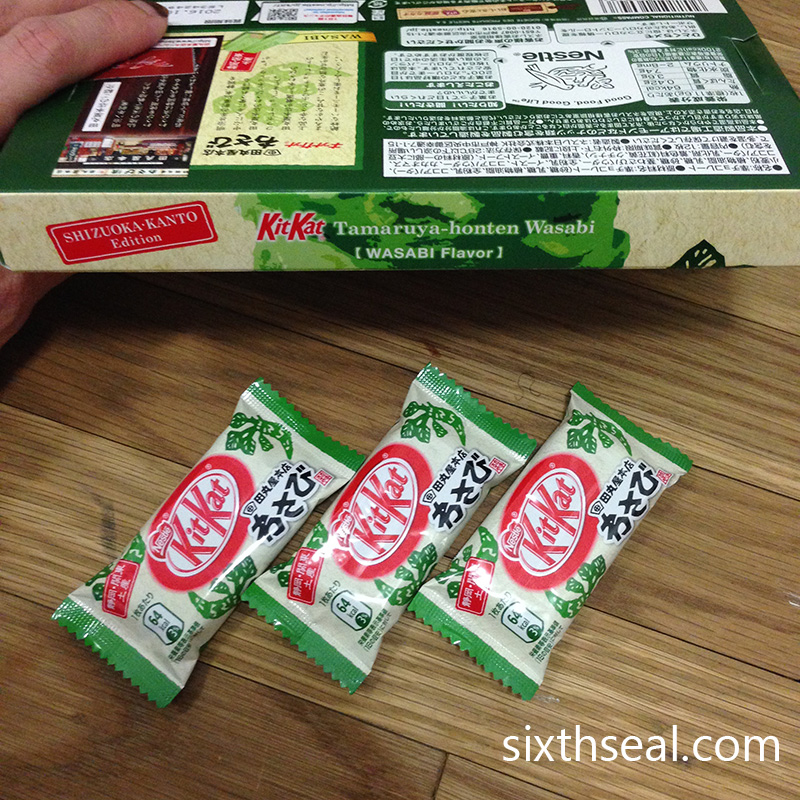 These Wasabi Kit Kat are more of a novelty item. I was glad I got the chance to taste them but I probably won’t buy them again. I love how Nestle Japan hooked up with an established wasabi producer to make these Kit Kats. The Nestle x Tamaruya partnership for this makes for a great story. It’s the perfect souvenir due to its exclusivity and a regional specialty to boot, but they’re really not that great to eat. I’m definitely keeping the box though.