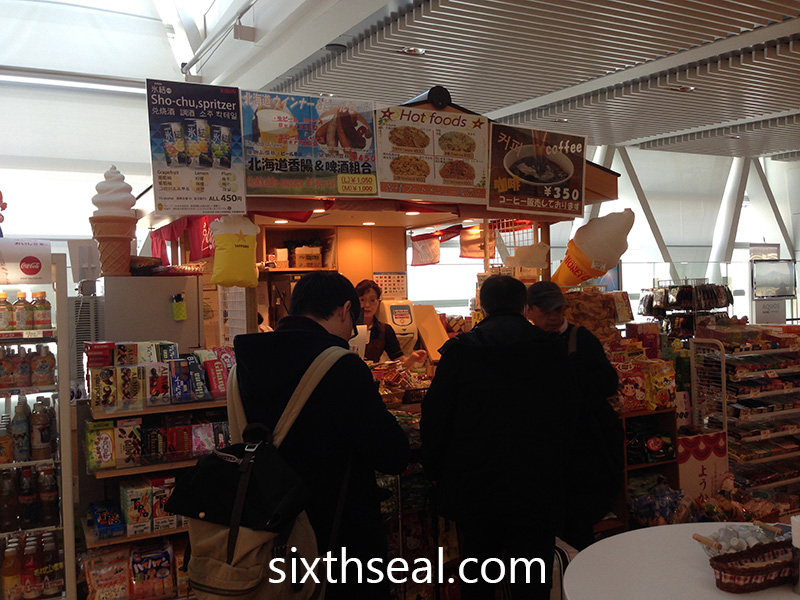 Oden at the airport? Yeah, that doesn’t sound like a recipe for success. We arrived at New Chitose Airport very early and was hoping to get something to eat before we boarded our flight. Unfortunately, all the shops are still closed. We’re too used to 24 hour service in our (relatively) large, bustling airports but a lot of the airports around the world aren’t open all the time. This one at Hokkaido only had a stall open but they serve oden, which I was keen to try. 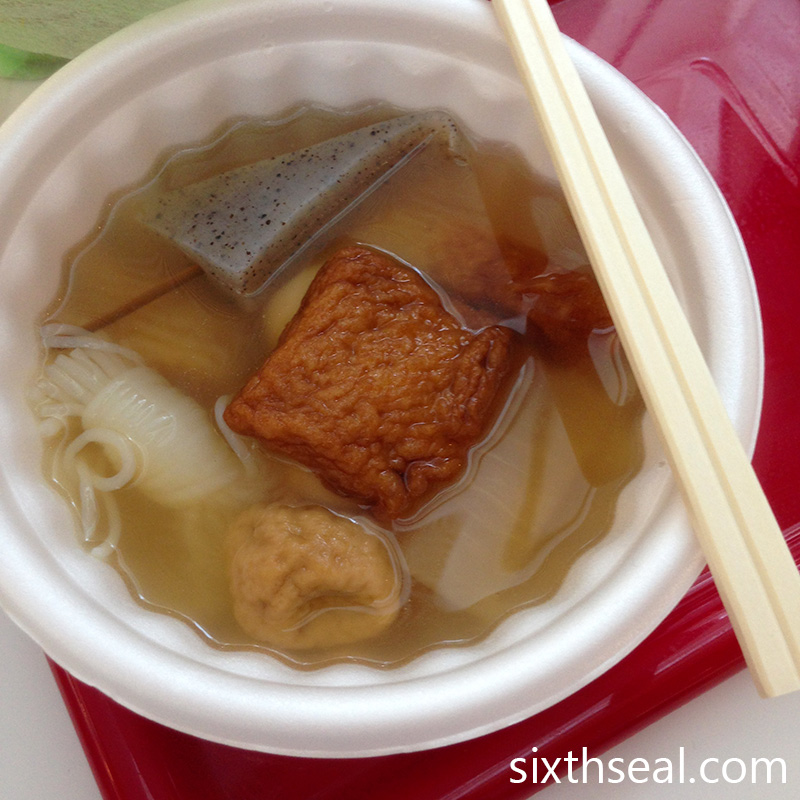 Oden (おでん) is a winter food in Japan. It’s made with a whole bunch of stuff in a flavored clear dashi broth. The usual ingredients are daikon, boiled eggs, konjac, and processed fishcakes. I love the texture of the shirataki (白滝) which is a noodle made from konjac – the transparent bunch you see in the photo. There’s also a nice chunk of konjac and despite not containing regular sources of carbohydrates, the konjac elements tricks you into thinking you’re consuming starch. 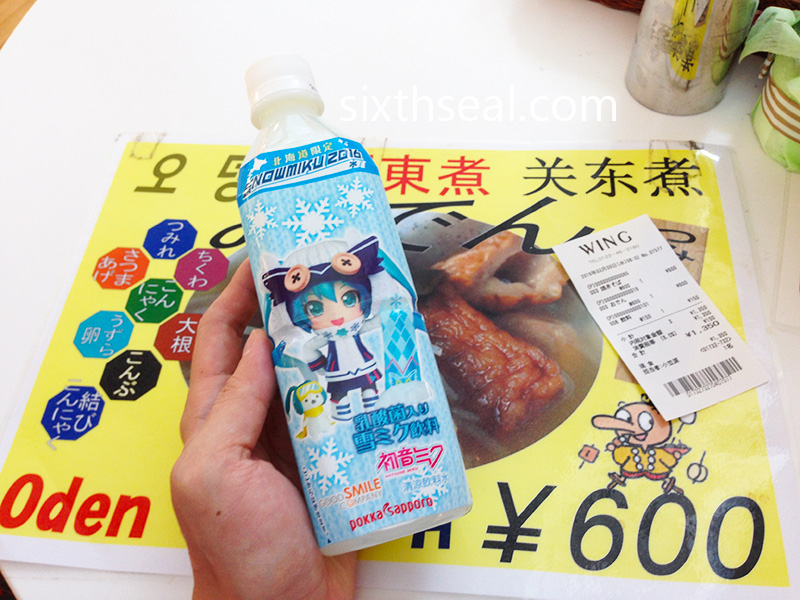 I also got a Snow Miku 2016 (translated from Hatsune Miku) drink made in partnership with Pokka Sapporo. The oden was 600 JPY (about RM 25). My better half got herself a box of noodles with some karaage to go with it. The oden was surprisingly decent. I would have thought it’ll taste pretty bad since it’s airport food but it’s actually rather good. I’ve seen oden being sold in konbini like 7-Eleven but there are so many things to eat that I’ve put it quite low on the priority list.