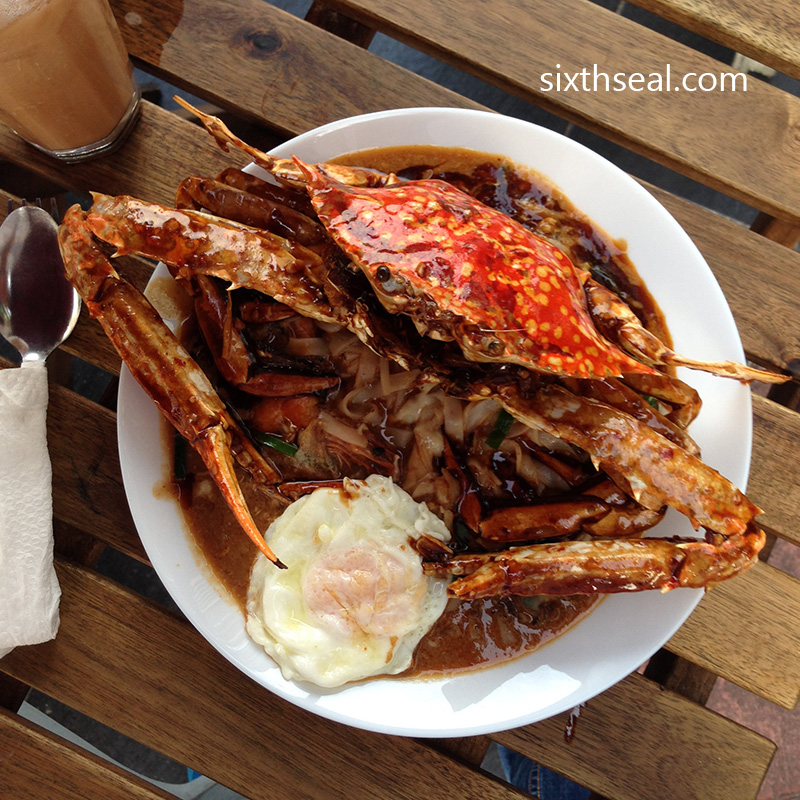 The Food Bank is a collection of Malay hawker stalls in The Strand, Kota Damansara. I eat here quite often since it’s just opposite my condo and the halal options here are limited. Tudia! Char Kueh Tiaw is one of the stalls I frequent. It’s from Penang but it’s not Chinese style CKT – this is Malay style CKT with gravy. They also have a premium option with crab! 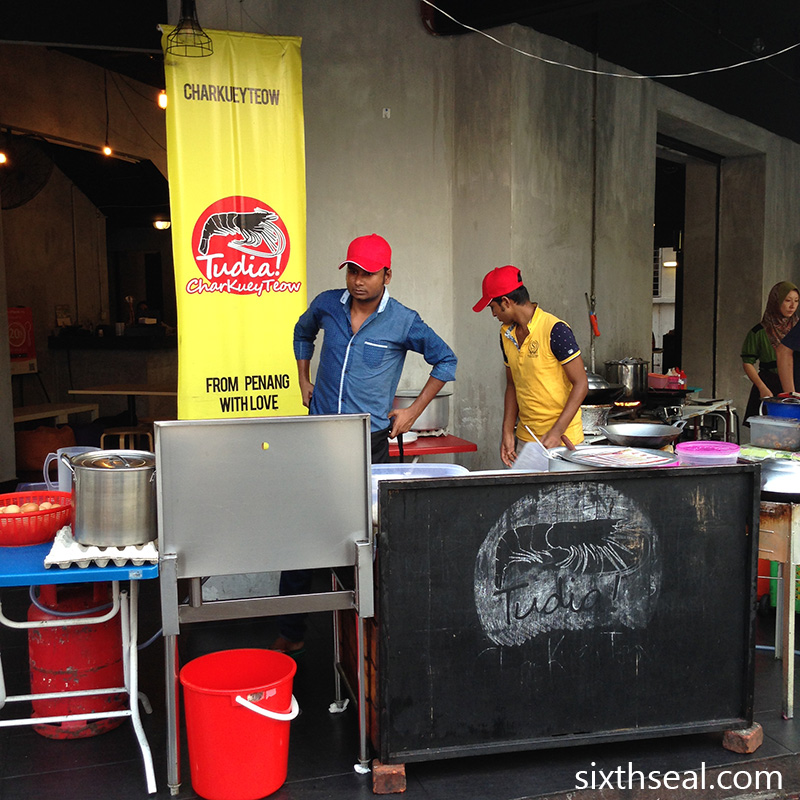 I like eating Malay style char kueh teow. The first time I came across it was when I started working in KL and frequented the Malay stall behind my office. I thought the gravy was simply mouth-watering! I have had kueh teow ketam in a lot of places since I also love eating crab. Tudia charges RM 6 for their kueh teow but the crab version goes for RM 15 – RM 25! 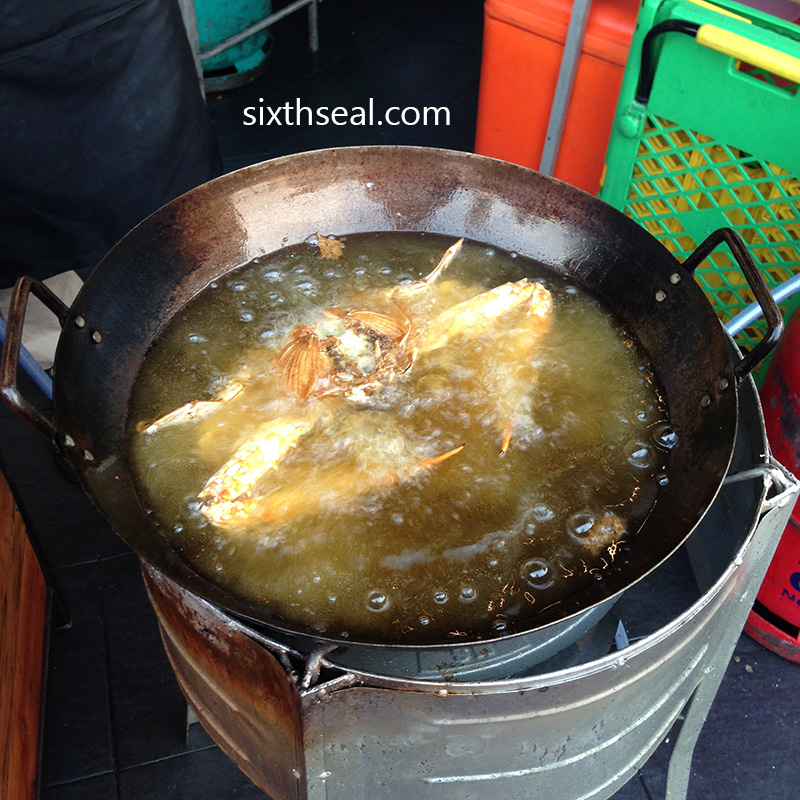 Tudia! crab char kueh teow is made by deep frying the flower crab. That’s quite unusual since most places just steam it. I thought it’ll come out greasy or overcooked due to the way it’s prepared but it’s actually quite good. The flower crab is huge too – the claws overflowed from the plate and they gave me a separate one to eat from. Haha. 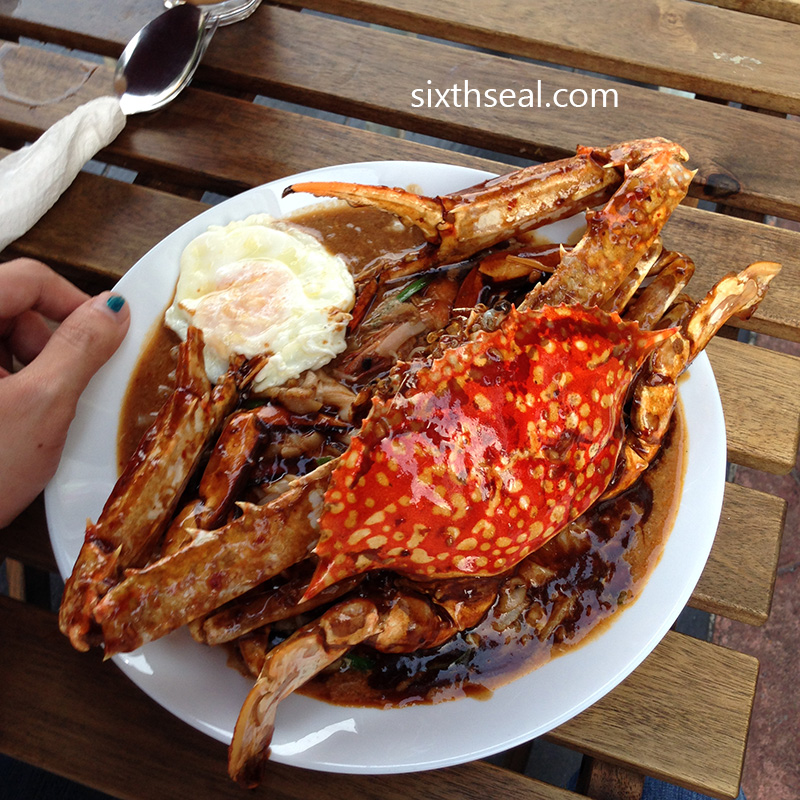 The price fluctuate according to season, it was RM 23 yesterday. The kueh teow here is awesome! I love the sweet gravy that floods everything. I think it’s made with a combination of peanut sauce, sweet soy sauce and sambal. It’s very savory and sweet and makes you want more. There’s also an egg in addition to the deep fried crab. It’s yummy but not very filling. I had to order a ikan keli penyet (also called nasi lalapan in Sarawak) to fill up. 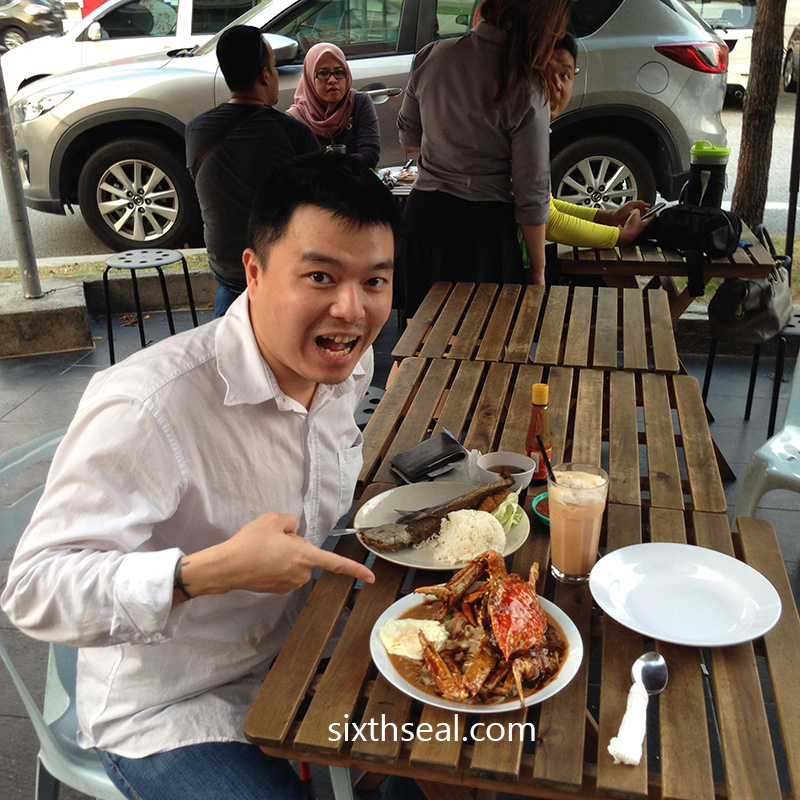 There’s quite a lot of meat in the flower crab and I had fun picking at the shell. There was a Chinese couple who just got off work beside me who ordered the dish after seeing me eat it. The bomb ass sauce goes very well with the crab too. This is a problem in other crab kueh teow places since you don’t have gravy to eat with the crab. It’s a little expensive and you should probably go when you’re not wearing a white shirt but it’s delicious!