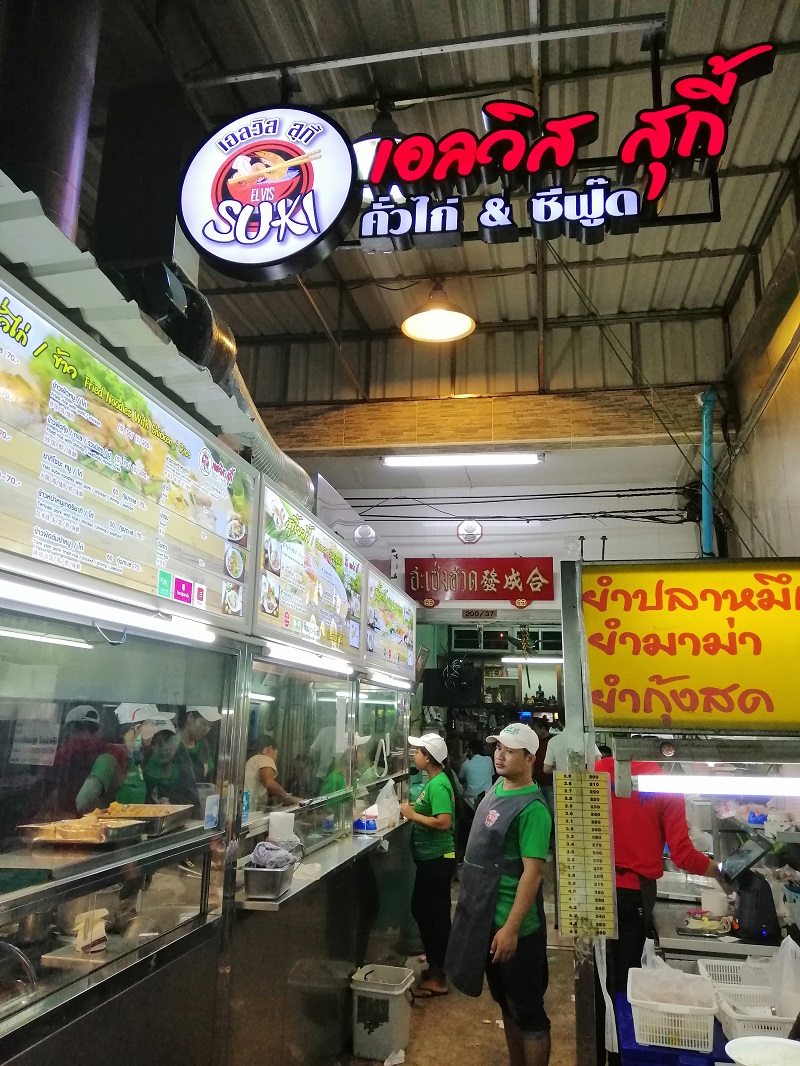 Elvis Suki was the first thing I ate in Bangkok. I scheduled Raan Jay Fai at 8 pm and thought it’ll be a good idea to starve myself the entire day until I got to Bangkok at 5 pm. It was not. I had less appetite than if I had eaten small portions at mealtimes. Elvis Suki is a Thai sukiyaki noodle joint. They call it suki haeng and its glass noodles fried with a protein and sukiyaki sauce. You can see a whole row of cooks manning coal stoves and cooking sukiyaki in front of Elvis Suki. Elvis is known for their dry sukiyaki beef so that’s what I got. 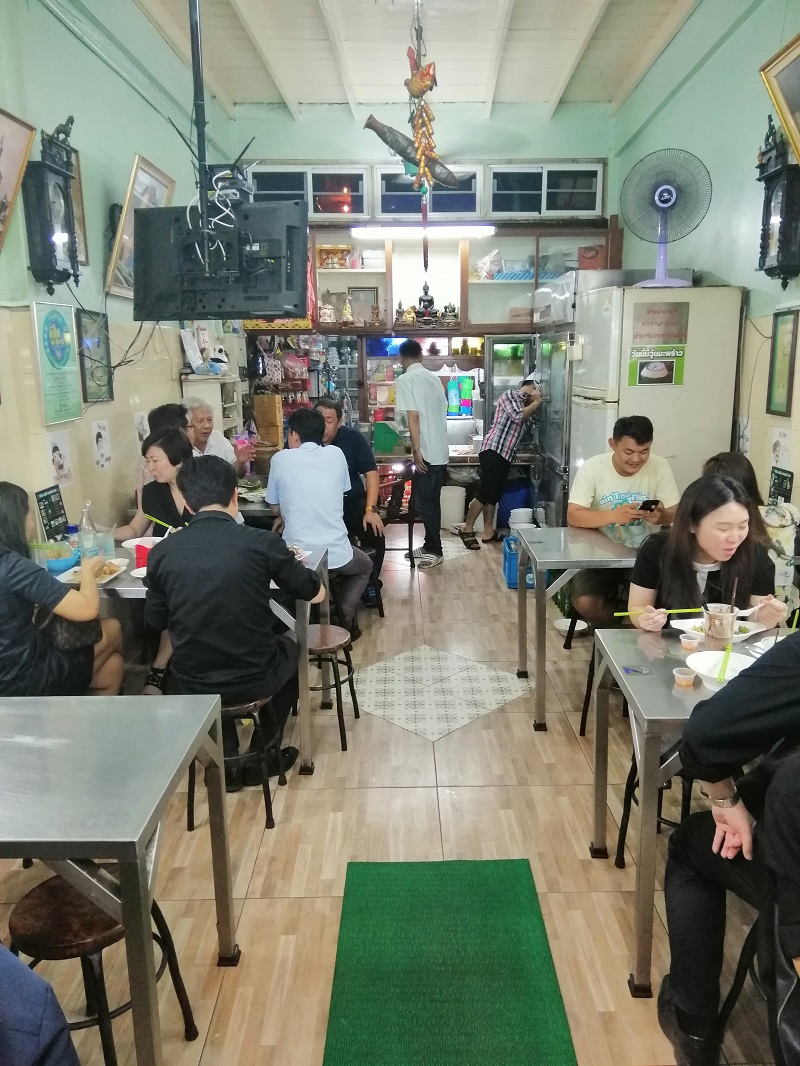 Elvis Suki has two outlets at the opposite (and slightly diagonal) sides of the road. The original one is the al fresco and cramped old style Bangkok eatery. The new air conditioned one opposite has food shuttled there from this location. Naturally, I went to the source and sat down at one of the small shared tables. It was full of locals and their menu is in all Thai. Luckily, I had a picture (from the Michelin Bib Gourmand Guide) of what I wanted to order. My English-speaking table companion, an office worker who ate two bowls of suki, also helped clarified my order to the waiter. 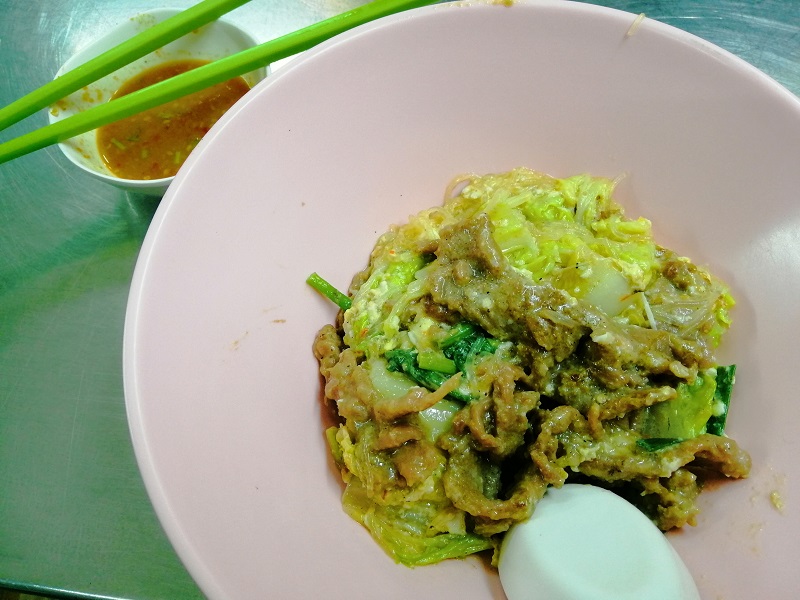 The flavors of Elvis Suki dry sukiyaki beef are quite unusual. I’m not familiar with these ultra-smoky aromas. It’s not just wok hei, but it tastes like the essence of smoke was somehow distilled into the noodles. It’s honestly a bit overwhelming, but I can imagine this would be something I’ll enjoy if I had grown up eating it. The acidic dipping sauce is a must! It kicks the dish up a notch. I like the eggy sauce but it’s slightly too bland (except for the coal smoke infusion) for me. 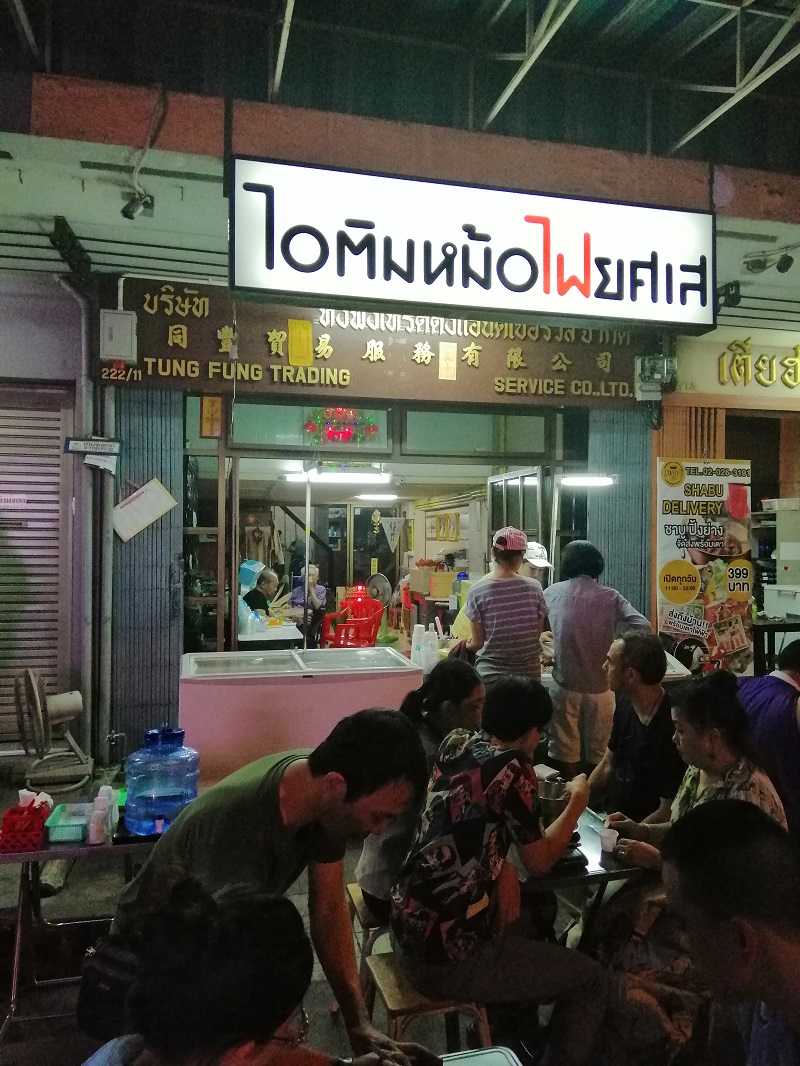 I’ve also heard good things about Tongue Fun Ice Cream so I popped over after my meal at Elvis Suki. It’s a specialty ice cream shop that’s originally Tung Fung Trading Service Co. Ltd. Haha. I thought that was brilliant – the pivot to F&B and renaming the original enterprise with a relevant twist. Tongue Fun is a dingy looking shop with a few tables and chairs thrown out front but there was a lot of people there! It’s super popular with locals. 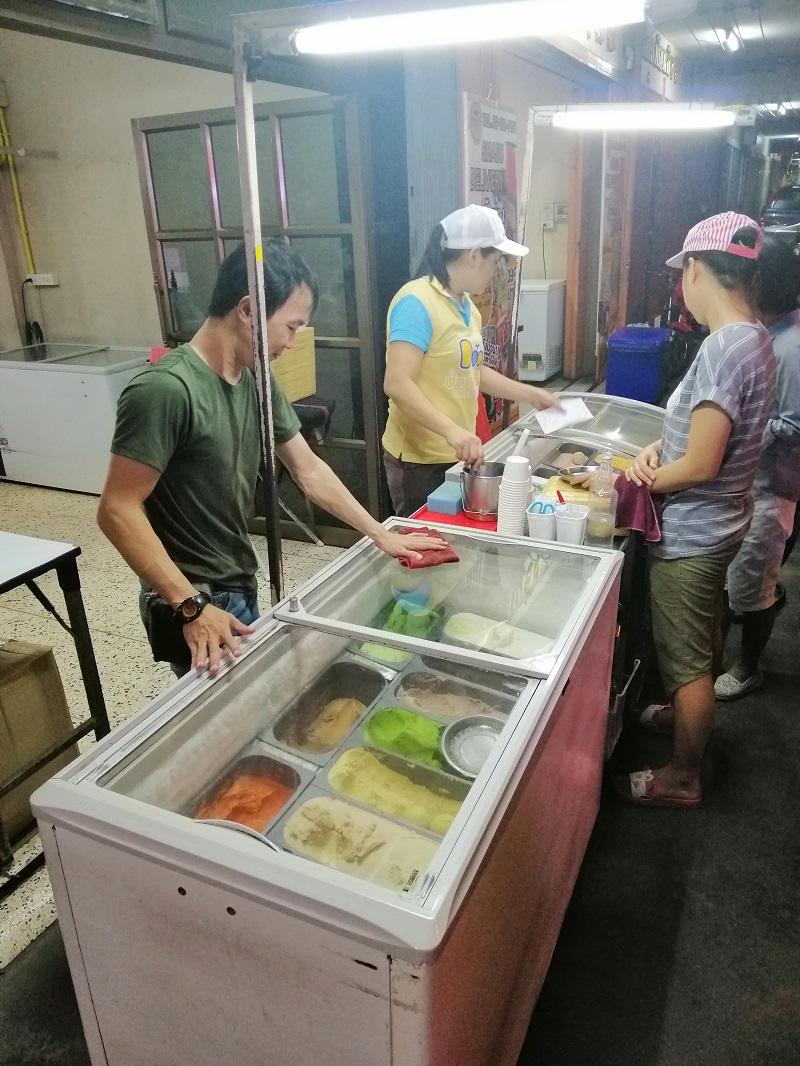 They do a variety of alcohol-infused and unusual ice creams. I ordered Red Bull Vodka, LYRJYU (lychee liqueur), beer, Yakult Pepoo (yoghurt drink like Vitagen), and X-Milk (extra milk). They’ll give you a mini Thai steamboat with dry ice if you order 5 scoops. The flavors range from 30 baht to 45 baht, depending on what you order. 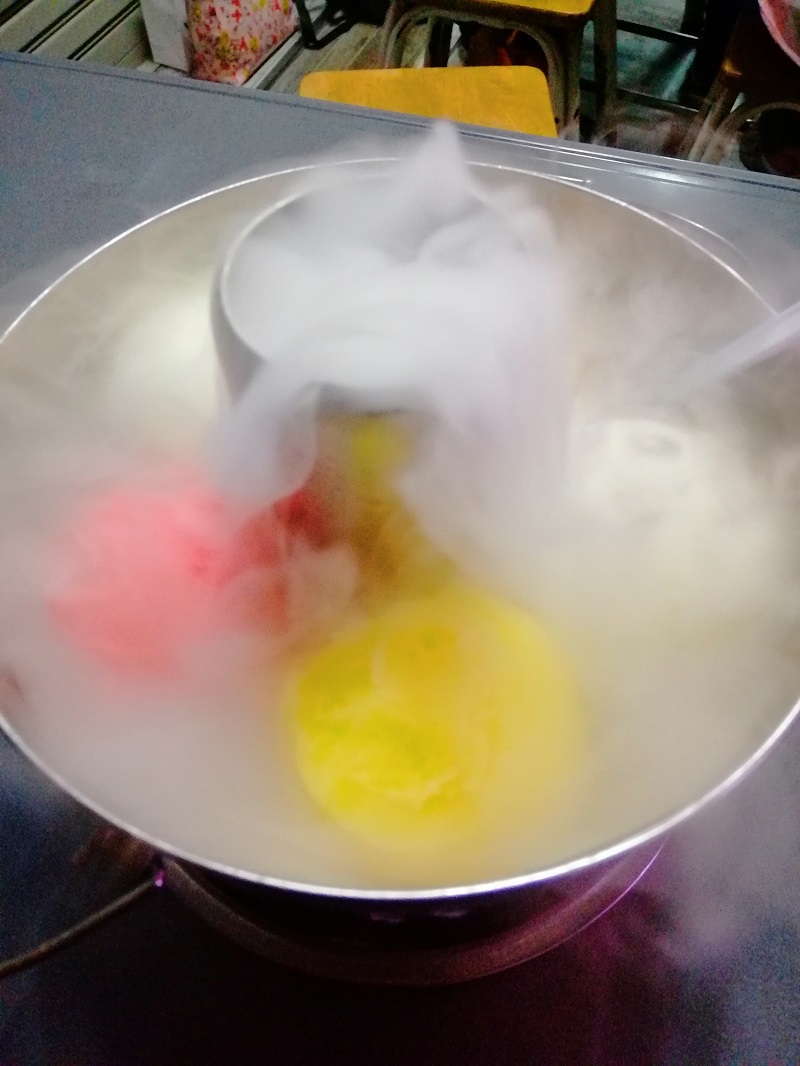 Here’s how the dry ice steamboat looks like! I thought the Red Bull Vodka was way too acidic and most of the alcohol infused ice cream was too gritty like granita. I knew this when the friendly staff gave me all the flavors to try but I wanted to order it anyway. The texture is not something I enjoy but it’s worth trying for the novel flavors. 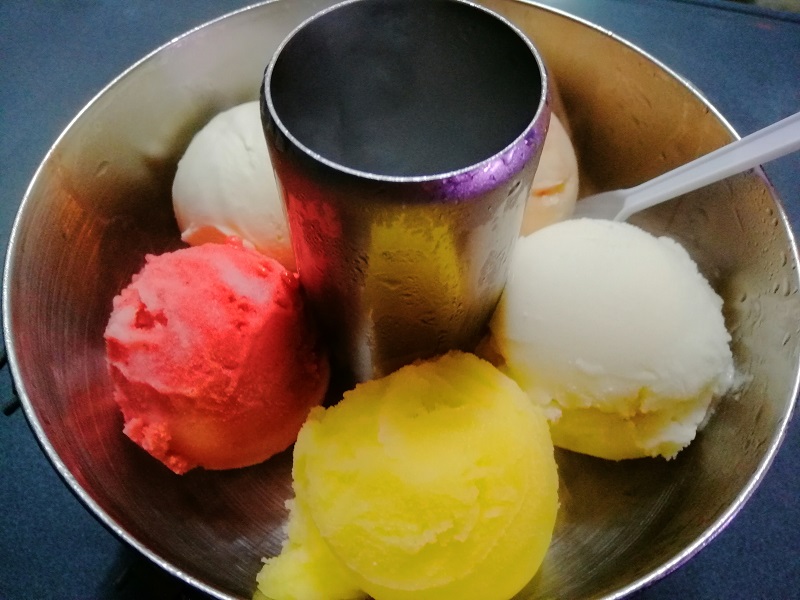 The best in the alcohol series was beer. I quite enjoyed the subtle hoppy taste. Nothing beats the super creamy X-Milk though. It’s insanely good! I wish I had ordered two scoops of this instead. It’s better than most of the huge chains like Baskin-Robbins and Haagen-Dazs. 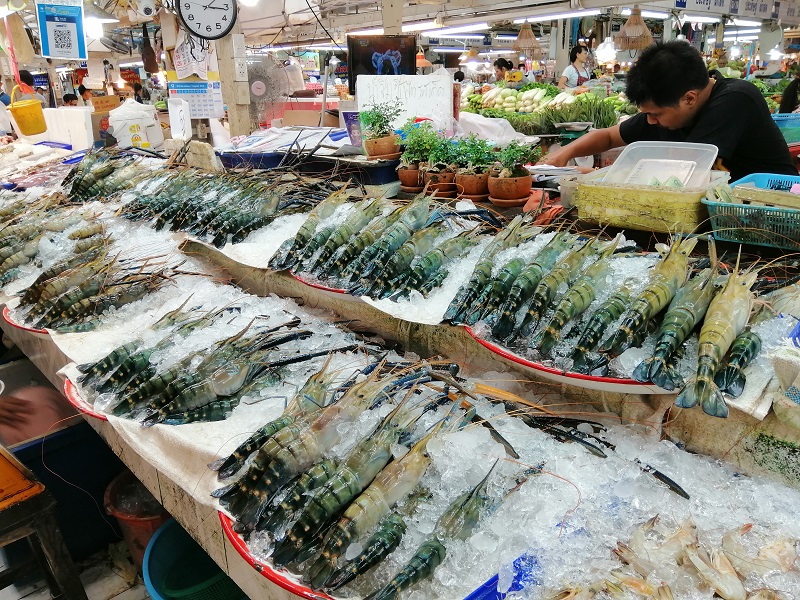 I also popped down to Or Tor Kor Market to check out their durians. Thailand durians are generally not as flavorful as our local Malaysian durians but they’re pretty good too. It’s a misconception that Thai durians are dry, hard and unripe. I know they look like that on display wrapped up in cute wax paper but they’re not. The wax paper is so you don’t get your hands dirty while eating. 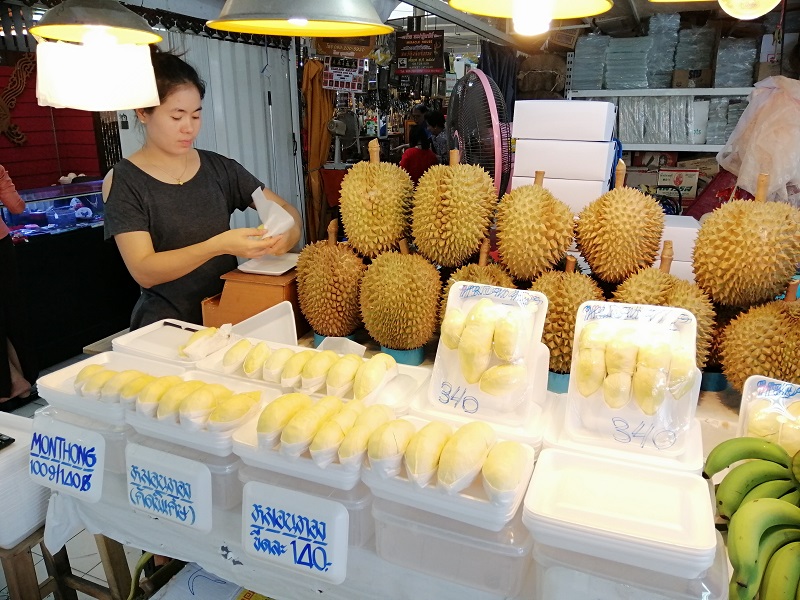 The most in-demand durian in Thailand is Monthong. This is a fleshy durian with nice creamy notes. Not too offensive or intensely flavored, it’s considered mild by Malaysian standards. They go for around 150 baht for 100 grams. My large portion cost RM 38. Or Tor Kor sells produce for higher than average since they source it from better and more reputable farmers. It’ll be more expensive than a roadside stall in Bangkok. 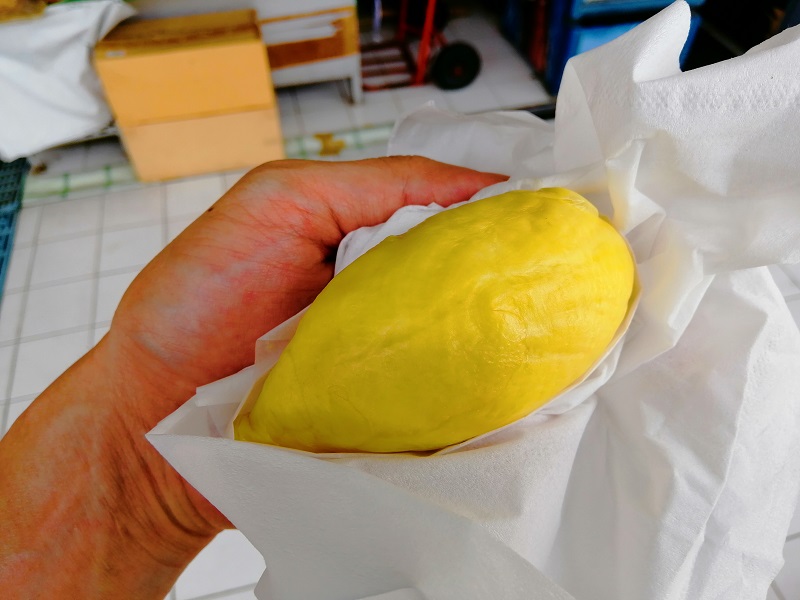 I also found some Ganyao durian. This is less popular and one of the smaller seeds only cost 100 baht (around RM 13). I like Ganyao a lot more than Monthong and I suspect a lot of Malaysians would prefer Ganyao too. It’s flavorful and intense, compared to the muted notes of Monthong. Creamy and delicious. 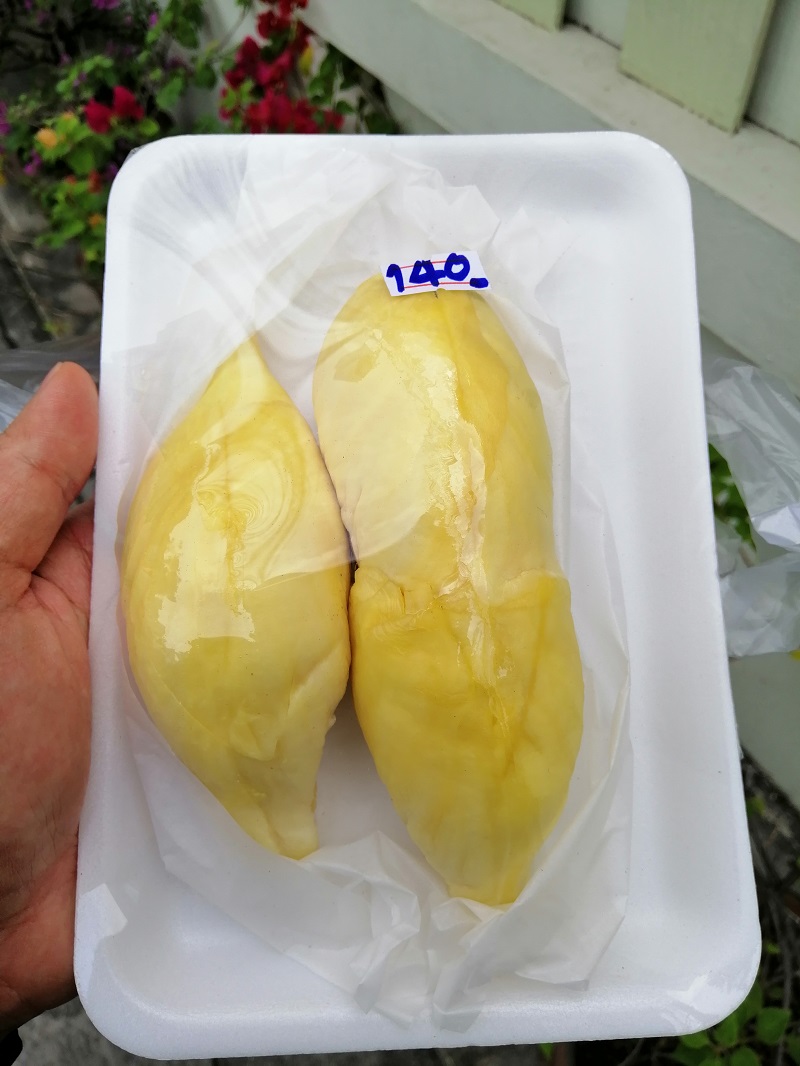 I love durian and I also patronized the stall outside the BTS near my hotel many times. I got a massive portion of Monthong for just 140 baht. Super worth it. Tastes like the ones from Or Tor Kor too. 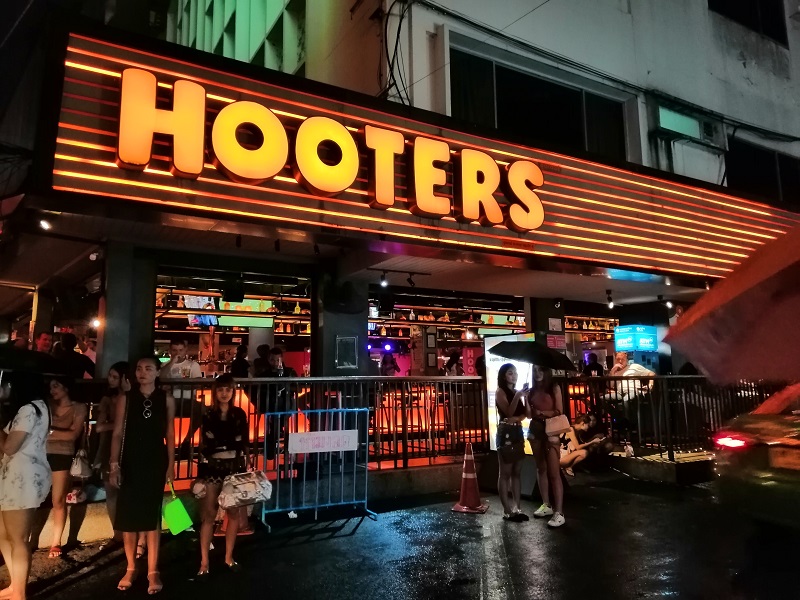 There’s a Hooters outside Nana Plaza where you can have a beer and people watch. The prices for beer here are slightly higher than inside the go go bars, plus you definitely can’t touch the Hooters waitresses and there are no boobs and bare pussy on display here. I know the value preposition sounds a bit low, especially since you’re bound to see more beautiful go go girls inside Nana Plaza with their tits out who’ll not mind your stray hand on their nubile bodies. 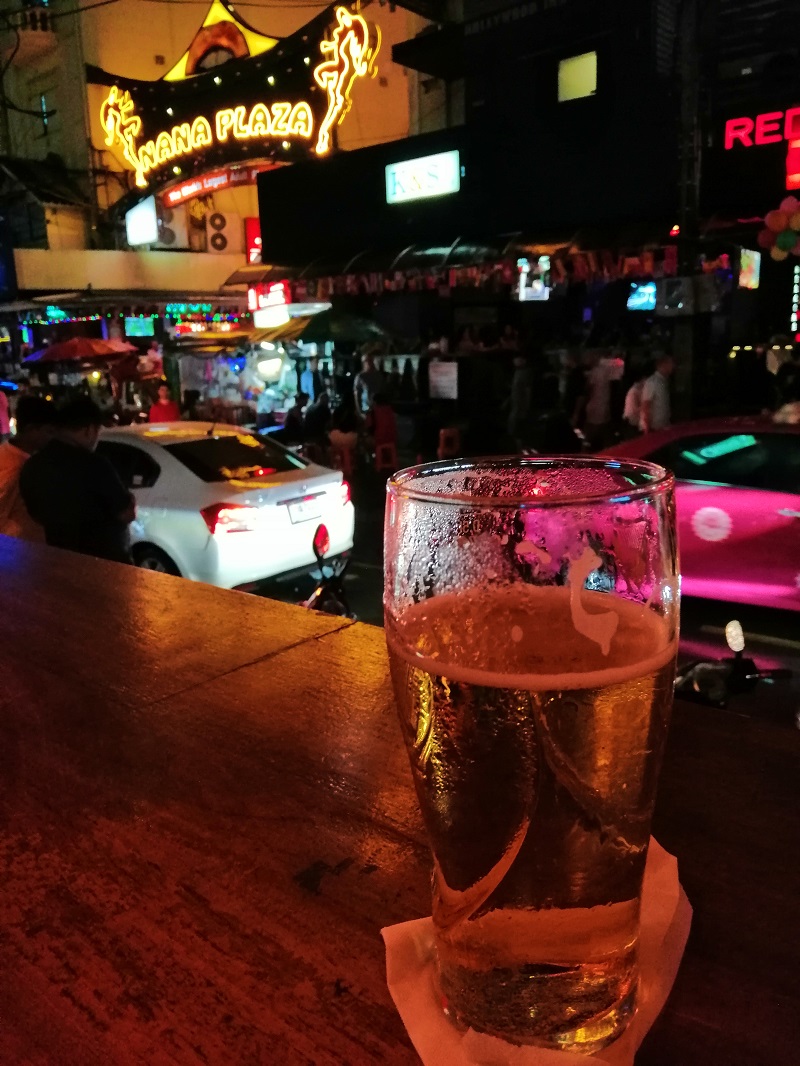 It’s still worth a visit coz the ambiance at the bar flanking the street is quite nice. You can see all sorts of old Caucasians stumbling out of Nana Plaza with young Thai prostitutes and freelance street walkers who would call out to you and give you a flash of their goods (so it’s inaccurate to say there’s no T&A here, you’ll just not be getting them from the waitresses). It’s very interesting and worth the RM 30 or so for a beer here. It sounds dodgy, and it is, but it’s not unsafe. This is the darker underbelly of Bangkok. A gritter Thailand. I like it, in small doses. 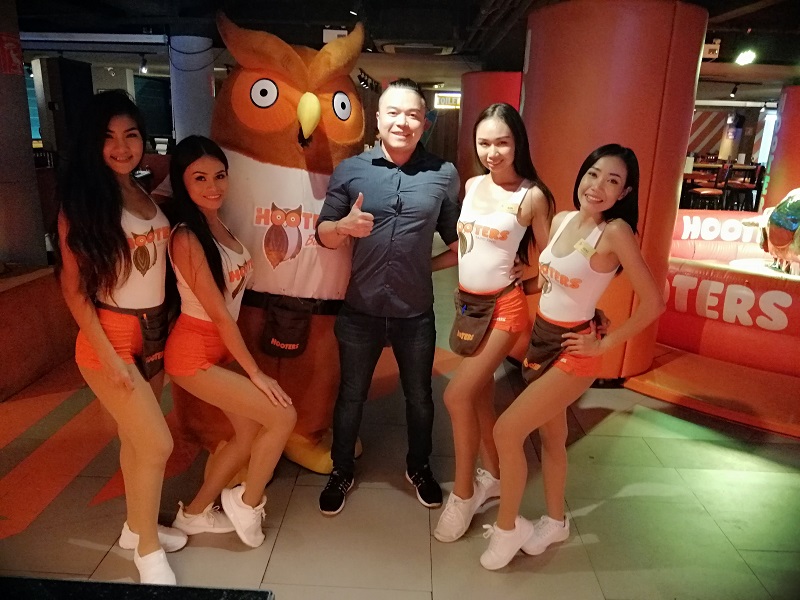 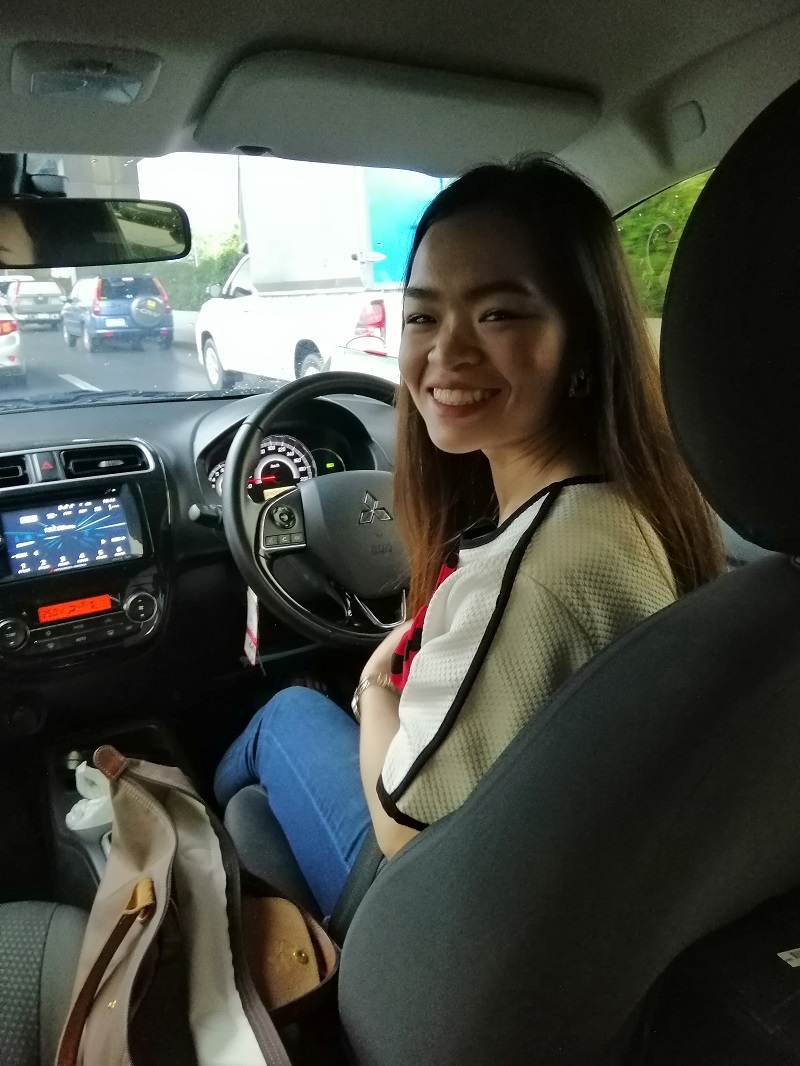 To end this post, here’s a bonus picture of my hot Thai Grab driver. She’s a college student doing the ride sharing thing part time. I thought she was cute.