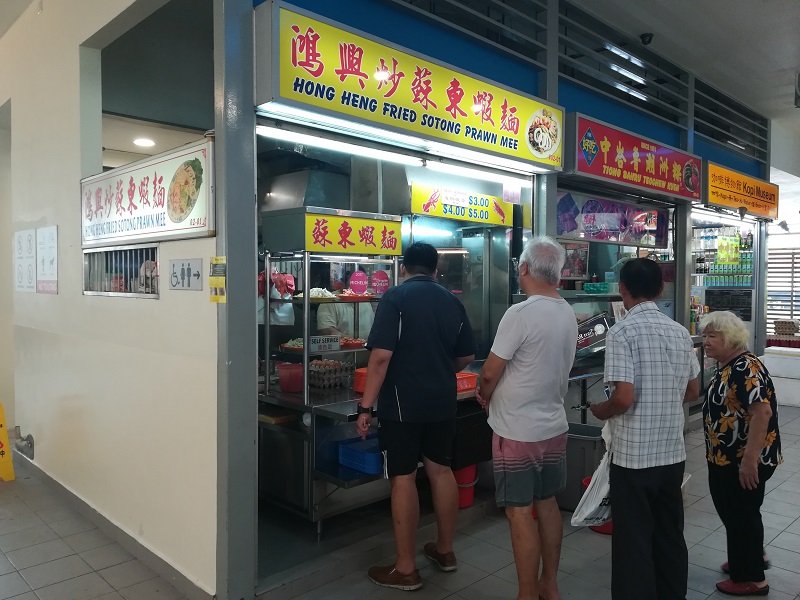 The chef-owner at Hong Heng Fried Sotong Prawn Mee must have watched too much Young & Dangerous coz Hong Heng is the fictitious gang in the series led by Ekin Cheng. I watched him (the chef, not Ekin) apply his pek yao skills to the wok. They serve their noodles with just a spoon coz the chef cham (chop) the mee already, as befitting his stall name. You don’t need chopsticks to pick up the truncated length noodles. There’s a queue even at the odd afternoon hour I visited but it moved fast. 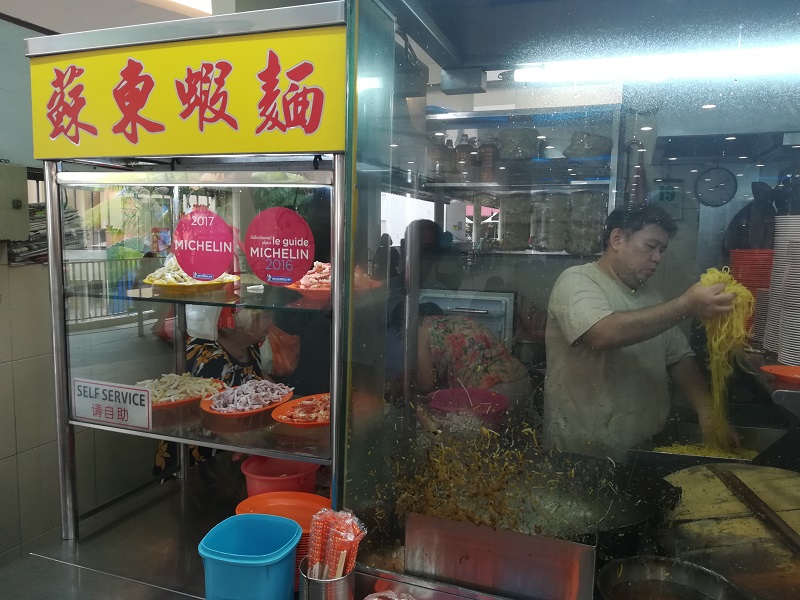 “I take inspiration fron gu wak chai”. He didn’t actually say that, I simply add one. 😄 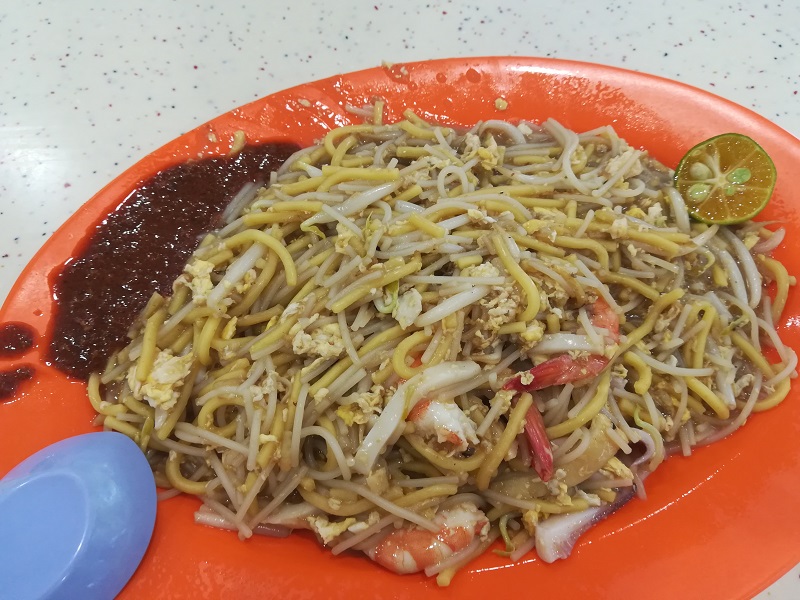 The noodles are flavored well but a bit too bland for me. I think adding a bit more salt would have elevated the dish. Maybe he under seasoned my batch. I love their chilli sauce and it’s a comforting dish of noodles. I just wish it were saltier. Worth a try. 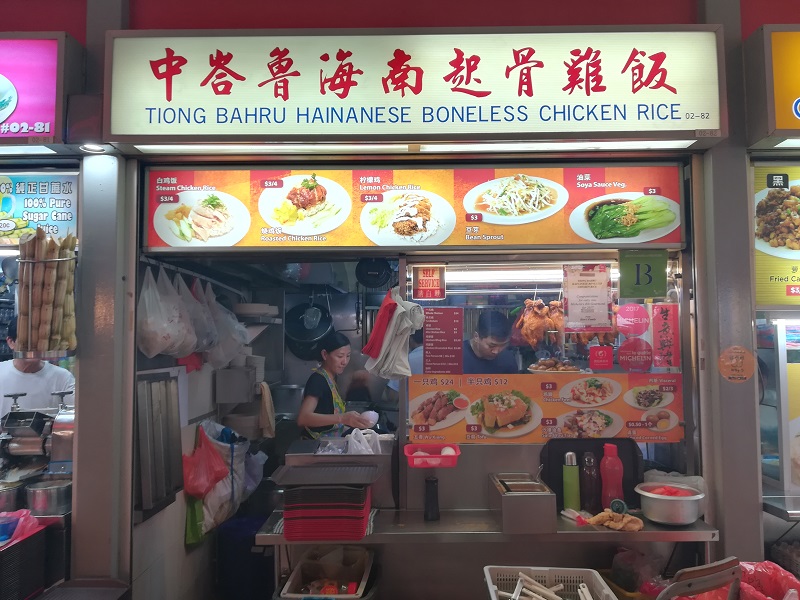 Tiong Bahru Hainanese Boneless Chicken Rice is also at Tiong Bahru Food Center. They have an unusual addition I’ve never seen before – pickles! It really adds a lot to the dish as the acidic sweetness cuts through the fattiness of the chicken and rice. I also think the tau keh nio is quite pretty. Hehe. She’s a friendly person too, and when she heard I was from KL, she told me they started an outlet in JB, Malaysia but it didn’t do well so they closed it. Apparently Malaysians have different taste buds and requirements when it comes to chicken rice. 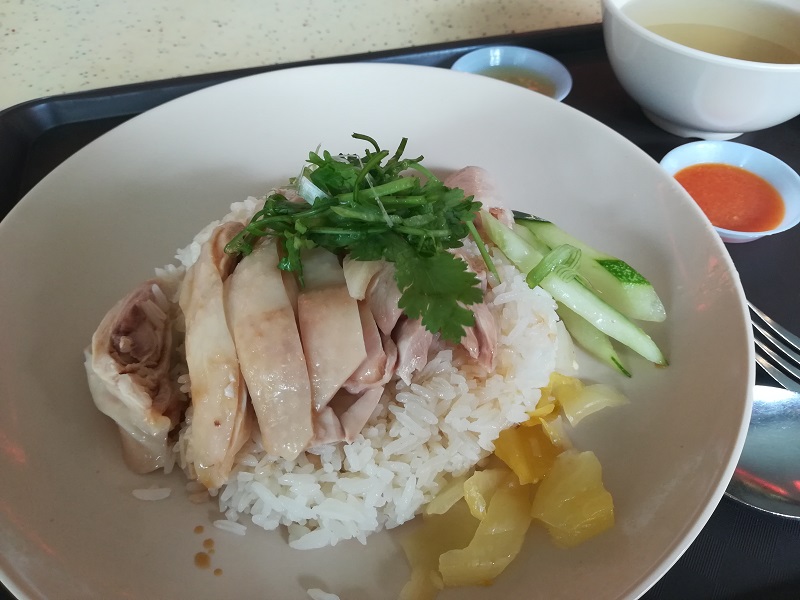 I really enjoyed the chicken rice here. The drumstick was nice and moist and the tender meat speaks well to me. I also liked the onion notes in the chicken rice. But it was the pickle that stole the show – it’s such an awesome ingredient in chicken rice that I wonder why other stalls don’t include this. The chilli dip is spot on too. Delicious. 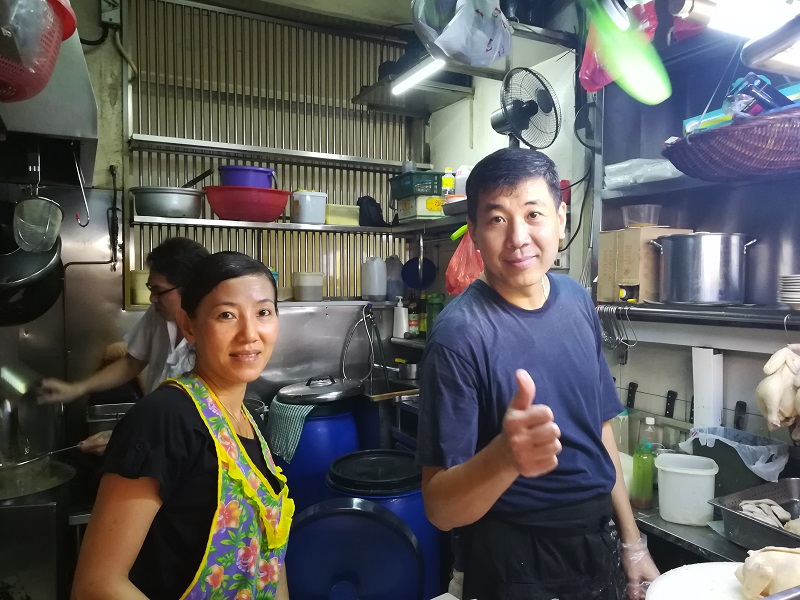