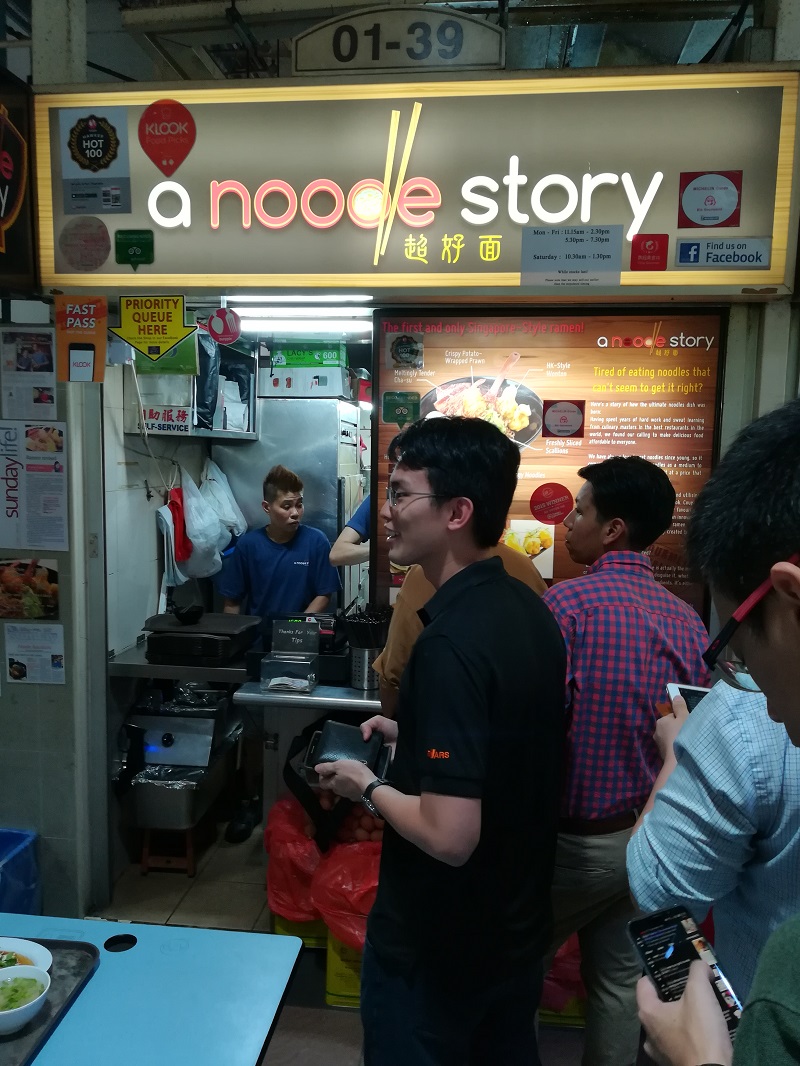 A Noodle Story was one of the Bib Gourmand destinations I was most excited about. It’s Singaporean style ramen and the chefs are young folks getting into the hawkerpreneur life. It looked really good in photos. A Noodle Story is located at Amoy Street Food Centre, which is a huge building with many stalls. It’s exceedingly hot and packed during lunch time, so be warned! I had to queue for about 30 minutes before I got my bowl of noodles and nearly got heatstroke in that time. 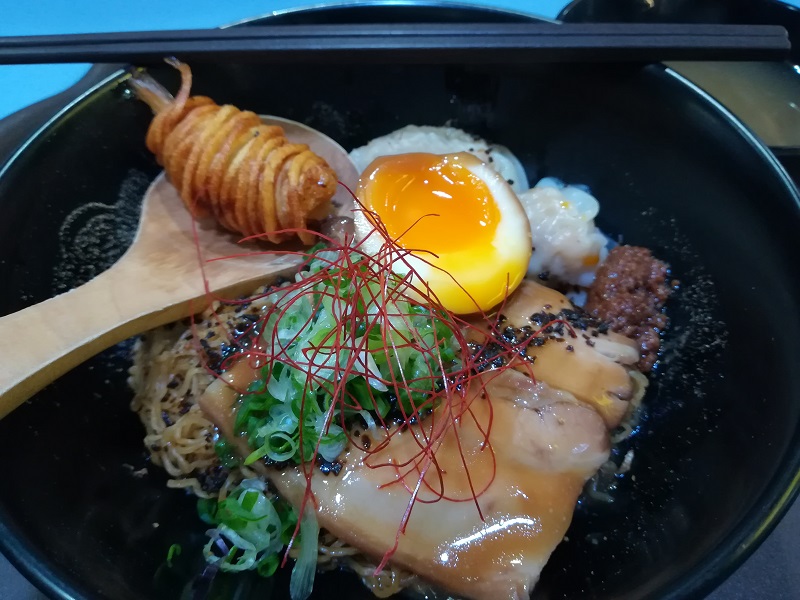 The noodles come with lots of toppings like potato prawn (strings of crispy potato wrapped around a juicy prawn), oozing onsen egg, tender char siu made using Spanish pork belly, and Hong Kong style wontons. There’s also strings of what I thought was saffron (which is impossible, considering the price) but turned out to be peppers. It’s a nice touch. I really enjoyed the firm, toothsome and flavorful noodles. Recommended. 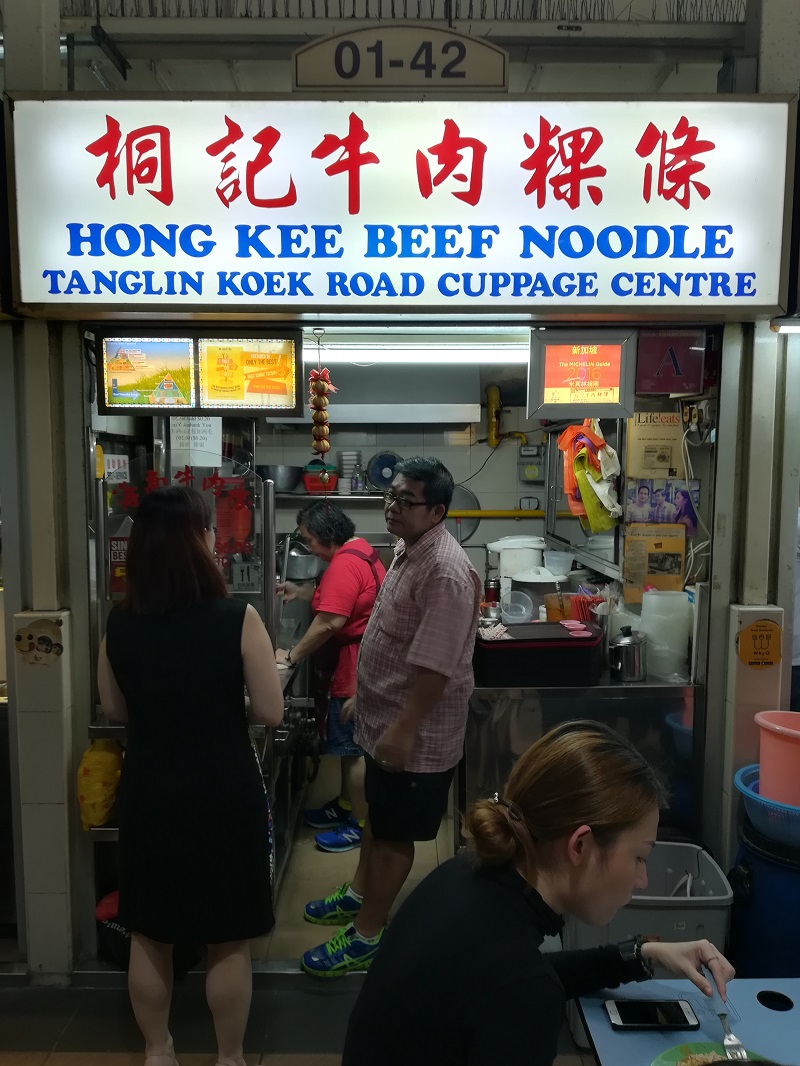 Hong Kee Beef Noodle is located a few stalls down. They also won a Bib Gourmand for their beef stock that’s cooked for 24 hours. I got a bowl of their beef noodles to share with my dad. There is no queue for this stall. I tasted the noodles and immediately disliked it. I could barely discern any flavor! It’s quite tasteless to me. I thought they forgot to put salt in. 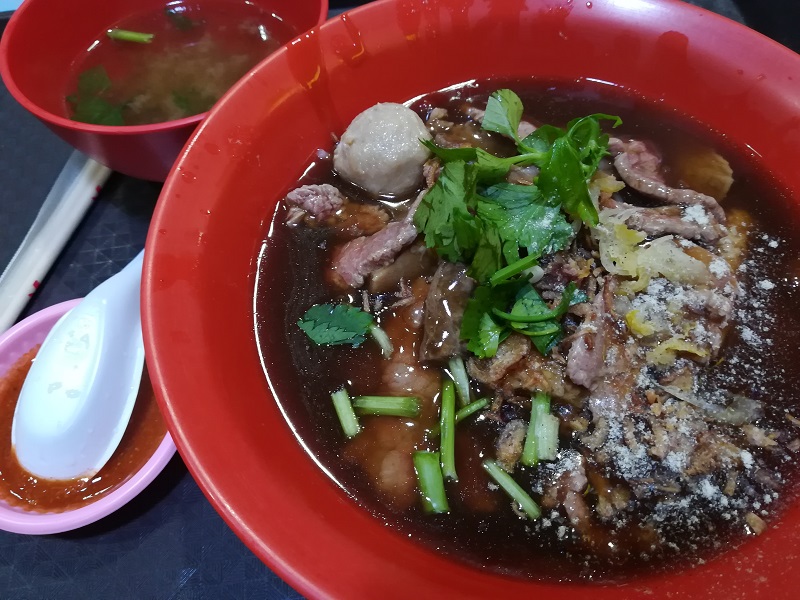 It should be noted that my dad is a fan of subtle and simple flavors. He ate the noodles and gave it the thumbs down as well. “Too bland”, he declared. I honestly tell you, if something is too plain for my dad, it’ll be tasteless for 99.9% of the population. The seasoning game is too weak in these noodles. I may like it better if there was more flavor (or sodium) but the dreary broth and noodles taste insipid. Not my thing. 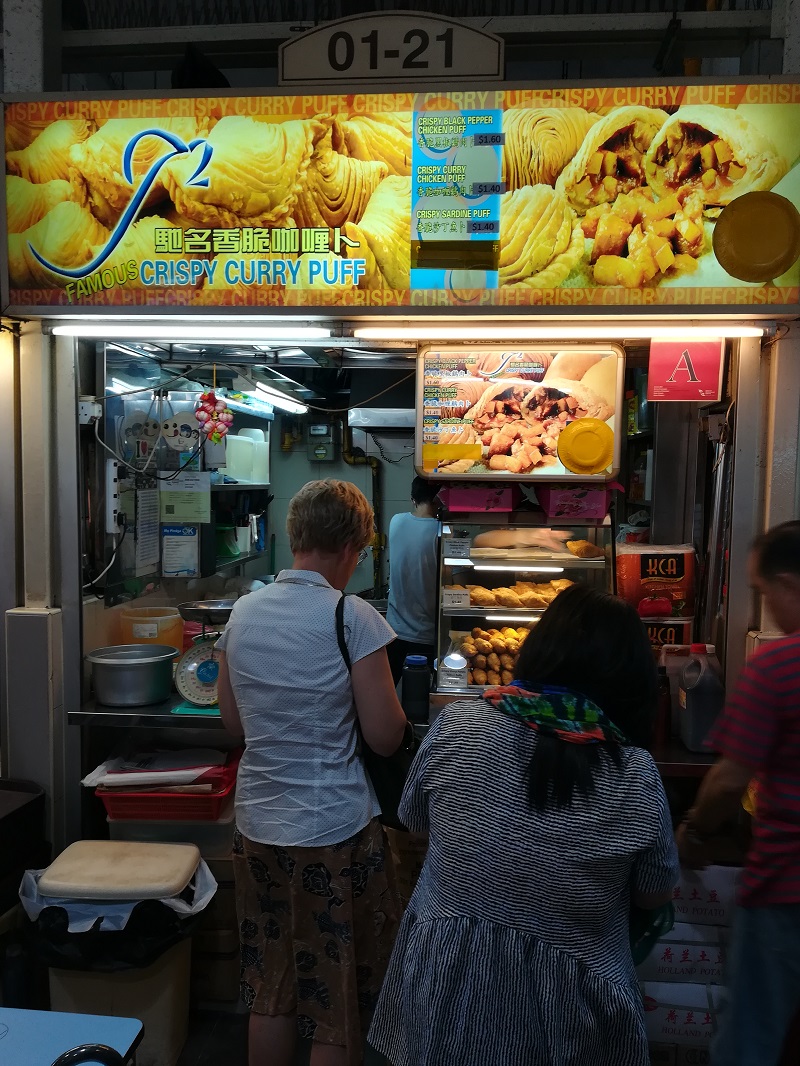 J2 Famous Crispy Curry Puff is also located in the same center. I was too full to eat since I gobbled down a dumpling from Hoo Kee Bak Chang after the noodles. Luckily, curry puffs take very well to travelling so I bought some to eat in KL later that night. My sister also asked me to tapau her a few of these. These used to be the only curry puffs to be listed in Michelin Bib Gourmand, but Rolina was also included in the new 2018 guide. 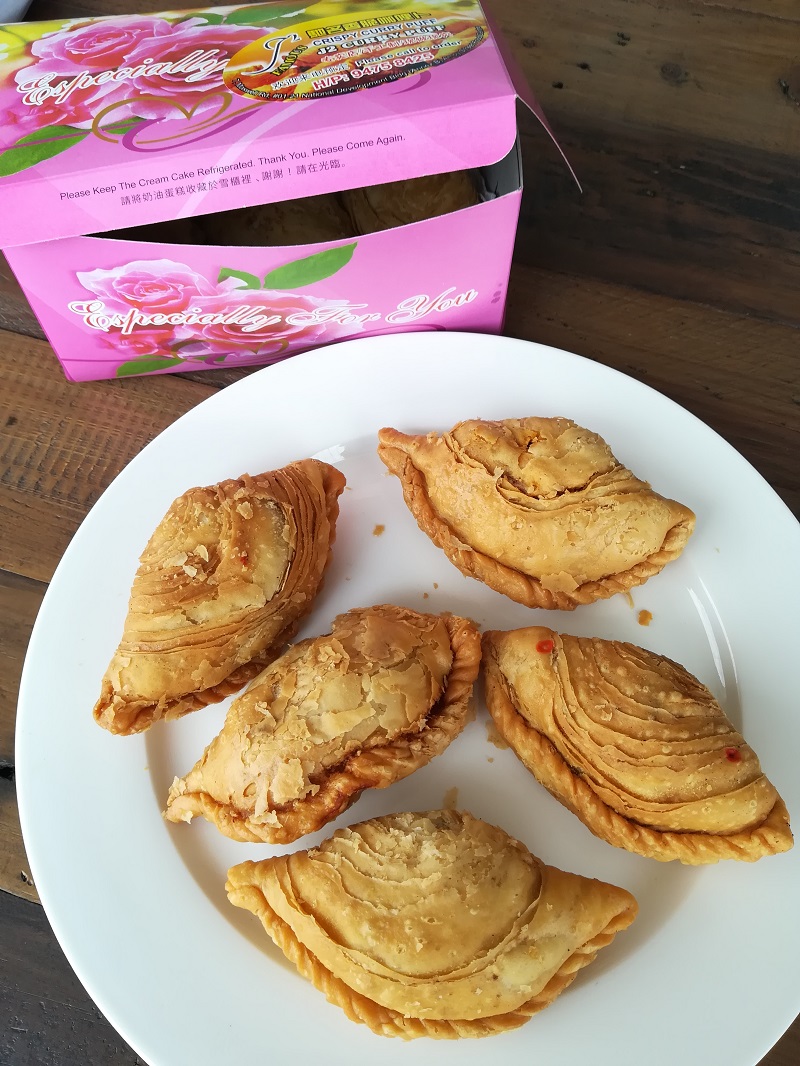 It’s quite good! I liked these curry puffs. My favorite was the black pepper chicken but I also enjoyed the sardine one. I usually don’t choose sardines coz I thought they’re something you take straight from the can and stuff it in the pastry. Not so with J2. I hear they only pick the large sardines and season it with their own in-house blend. They only sell 500 curry puffs each day. The crust is nicely flaky and crispy. Worth trying.