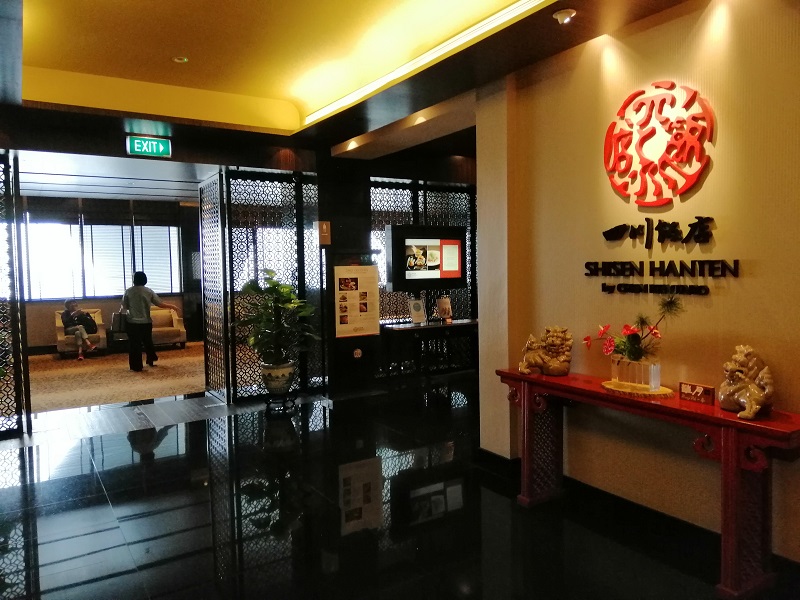 I was chuffed to try Shisen Hanten by Chen Kentaro. It’s a 2 Michelin star Japanese-Szechuan restaurant right in the middle of Orchard Road, Singapore. This sounds like the kind of food I’ll enjoy so I was looking forward to eating here with my dad. I had very high hopes as I was impressed by my dining experience in Waku Ghin, another 2 Michelin star restaurant I visited a few days prior. Unfortunately, I was due for a massive disappointment. 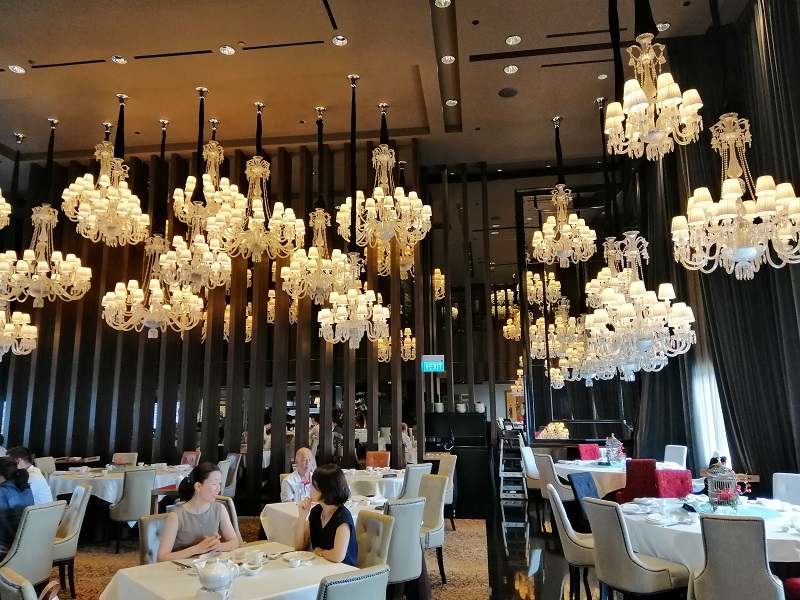 The interior of Shisen Hanten looked beautiful. There are lots of nice chandeliers hanging from the high ceiling, which gives the dining room a look of opulence. Service was a bit harried coz it was a full house with several large tables. We were sat behind two Japanese women who’re also having the business lunch set so our timings were synchronized. We went for the two mains option for SGD 50++ and selected a different one each so we managed to try all 2 appetizers, 4 mains, 2 starches, and 2 desserts. 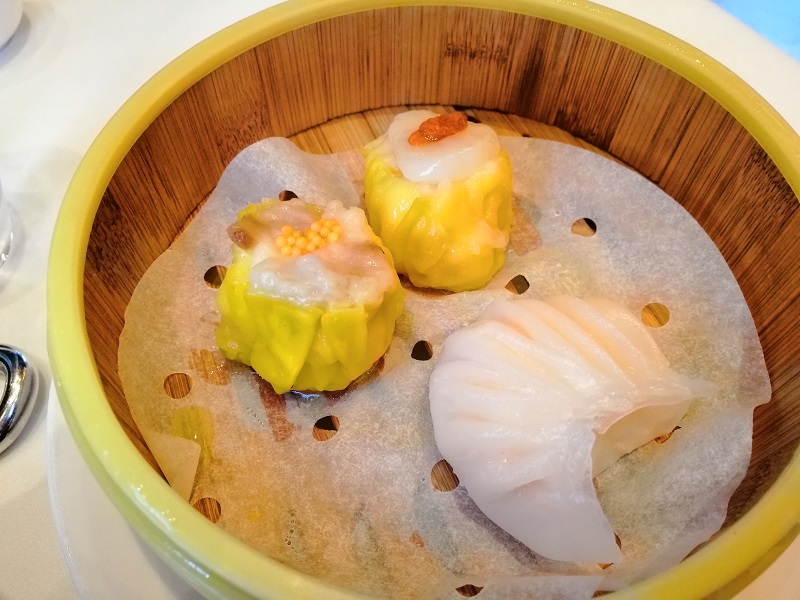 Lunch started with an option of either dim sum or appetizers of the day. I went for the latter while my dad had the dim sum. His came in a basket containing har gao and two types of siu mai. “Not as good as Summer Palace,” he declared. We just had an excellent weekend brunch the afternoon before at 1 Michelin star Summer Palace. I tasted his dim sum and they’re competently done, but nothing special. 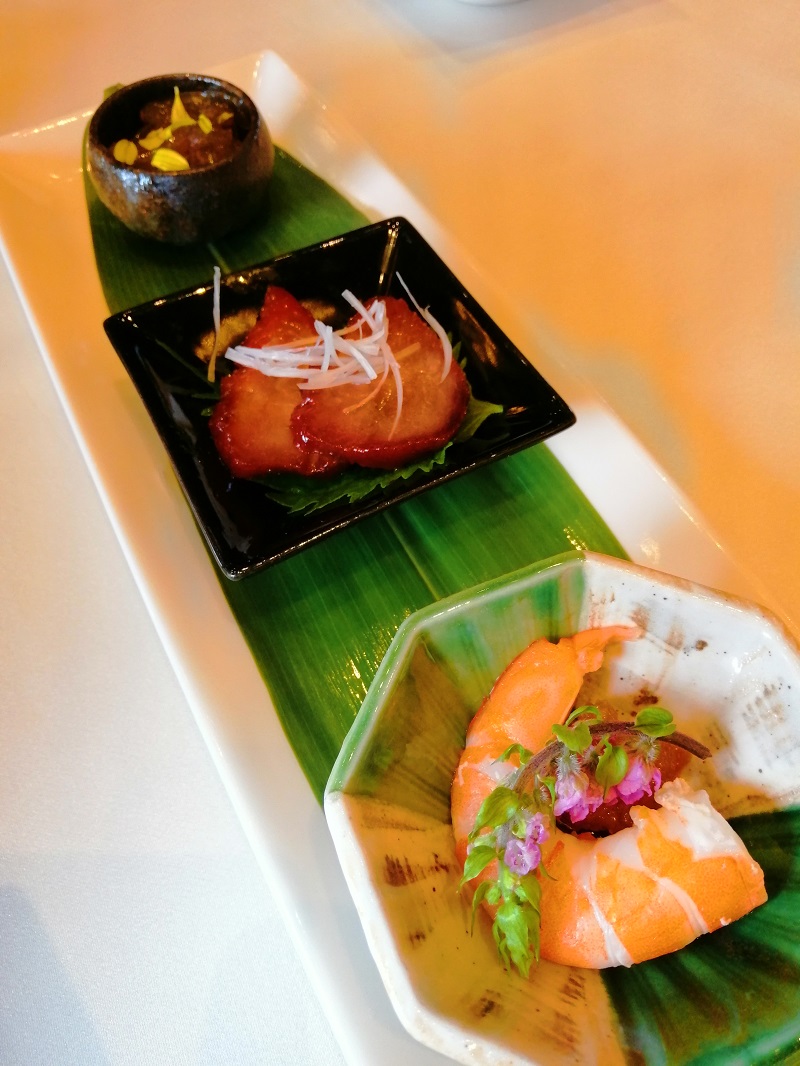 My trio of appetizers consisted of prawn, cha siu and jellyfish. The prawn was mildly flavored, the cha siu was decent but the jellyfish was too acidic and off-balance. I also couldn’t help comparing it to Summer Palace since they had similar dishes, except better in every single way. That’s not the best start to lunch. You don’t want your patrons to compare you negatively to a restaurant with one less star. 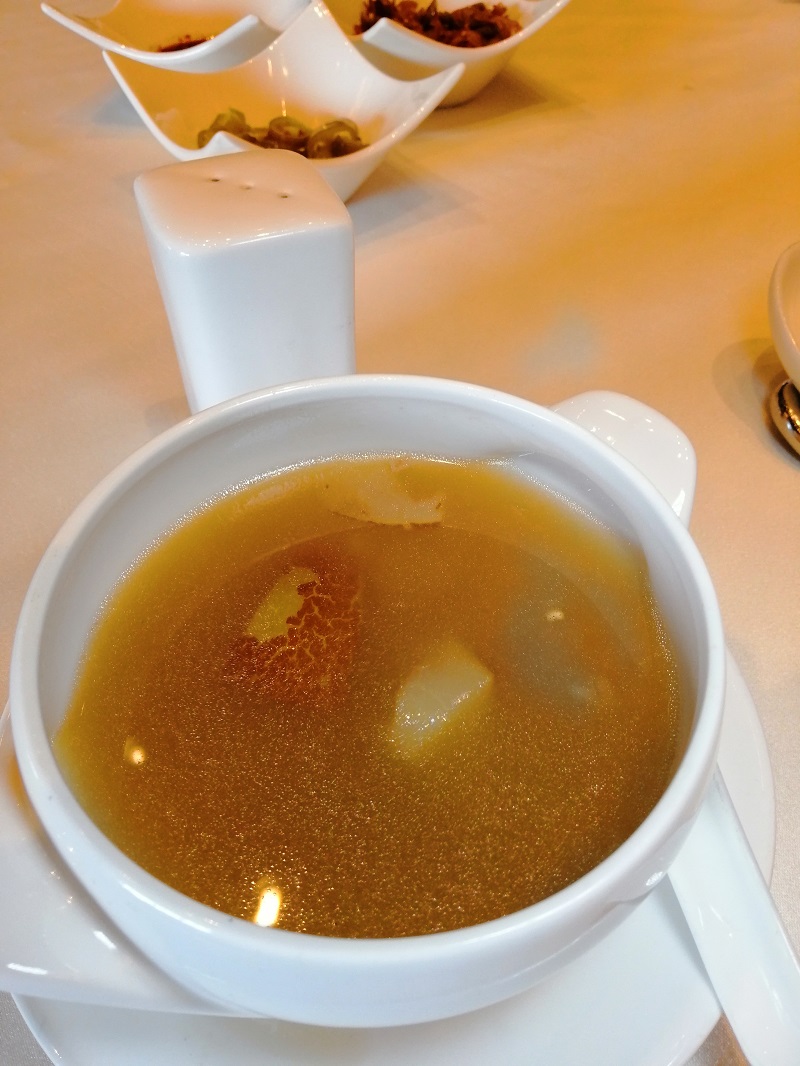 Soup of the Day was pork with old cucumber. It was sweet but uninspiring. I’m going to sound like a broken record but this didn’t wow me like Summer Palace’s soup. It didn’t even evoke any emotion. It tastes exactly like what it looks like – tepid and boring. Having had excellent double boiled soup elsewhere, I know this can’t be the benchmark. 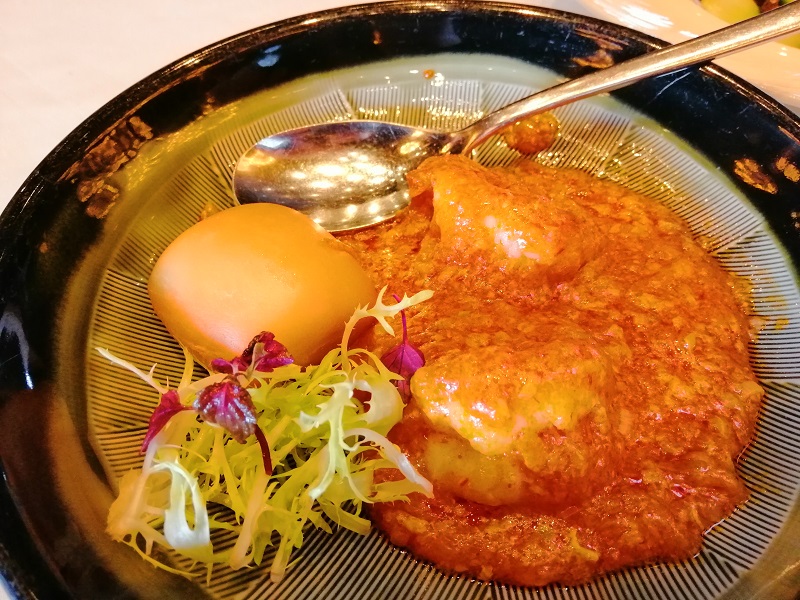 Thankfully, Shisen Hanten picked up the pace with Stir-fried Prawns with Chilli Sauce. This main is one of their signature dishes and it tastes wonderful. It reminds me of the sauce in Singapore chilli crab. They even have deep fried mantou for you to wipe up the gravy. It’s eggy and delicious. There’s a generous amount of prawns in this dish too. 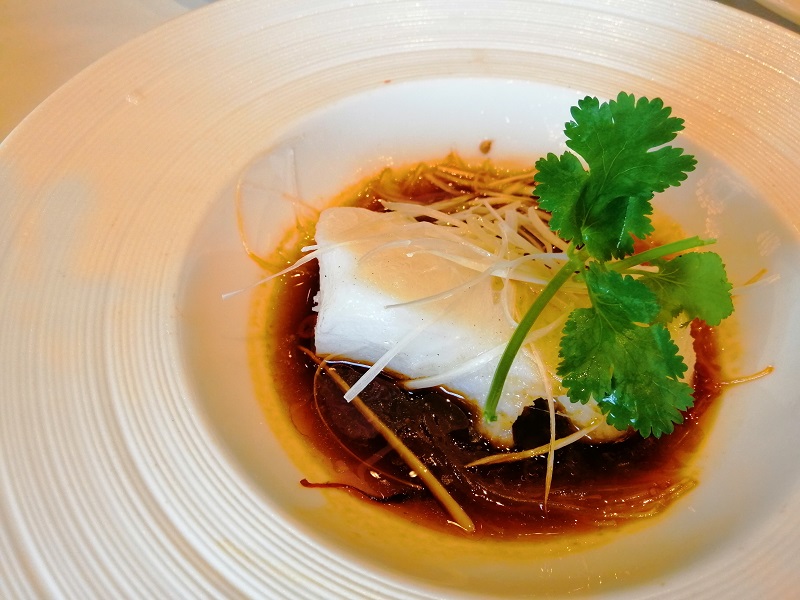 The Steamed Fish with Spicy Sauce was also quite good. It’s cooked well and there are chillies at the bottom to add a spicy kick to the bland fish. I enjoyed the soy sauce and chilli mixture at the bottom. It’s delicate, yet flavorful. 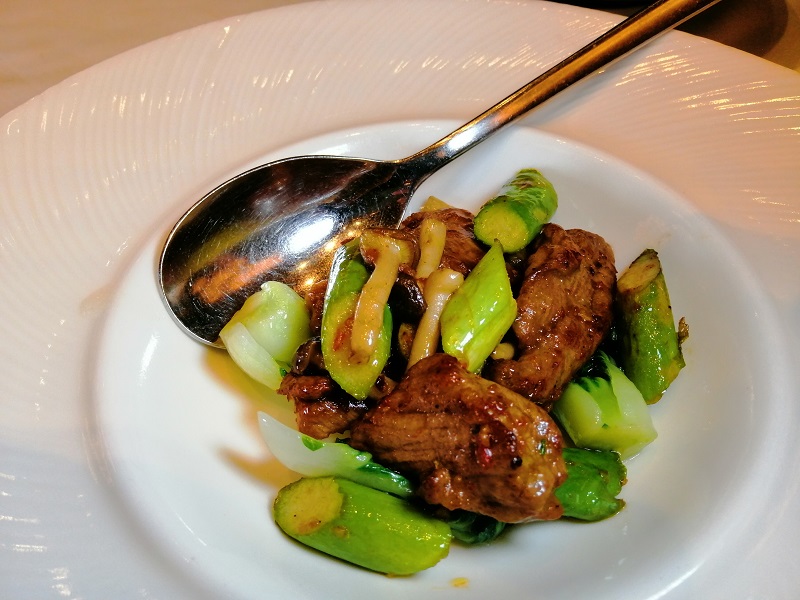 Unfortunately, that’s the extent of bright spots in the meal. Shisen Hanten reverted to mediocre dishes like a lazy boy who tries to buck up after being reprimanded by the teacher, but ultimately the weight of his tardiness drove him back to old habits. Szechuan-style Stir-fried Beef with XO Sauce was dry and unappetizing. The beef has been severely overcooked or left under a heating lamp for way too long. This is very surprising during a busy lunch. Inedible. 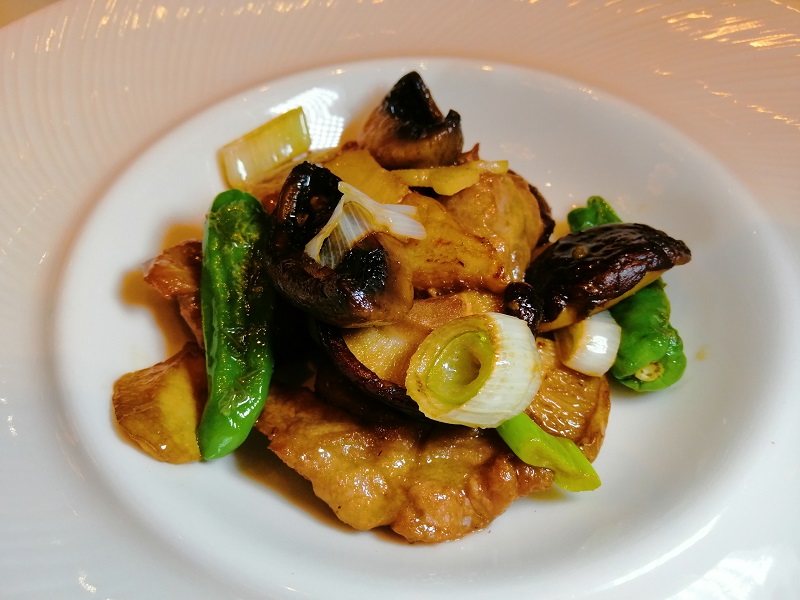 Stir-fried Pork and Mushroom with Oyster Sauce endured the same treatment. The pork was stringy and dry, with all the moisture sucked out of it like an old Bedouin in the Sahara desert. It was tougher than an African-American LA county jail inmate doing life without parole for double homicide during a botched robbery. If this piece of porcine meat ever got incarcerated, I want to join his prison gang. It took me several minutes to chew and I hesitated before swallowing like a virgin schoolgirl coz I was afraid I wouldn’t be able to digest it. 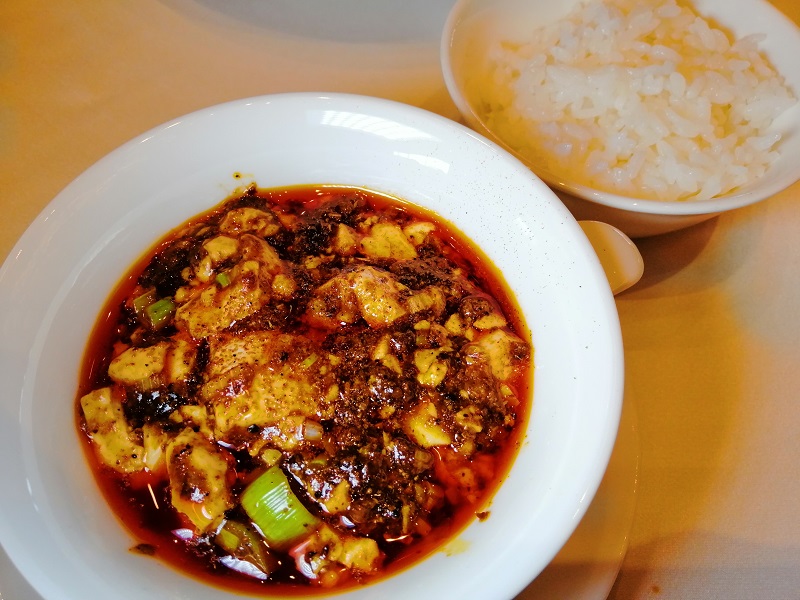 The mains are paired with a choice of two of their famous starch dishes. Stir-fried Tofu in Hot Szechwan Pepper Flavoured Meat Sauce served with Hokkaido Rice is the flagship dish or Shisen Hanten. It’s nice. The numbing and spicy mala tofu pairs very well with the soft, fluffy Hokkaido rice. It was too salty for our tastes though but that aside, the flavor was spot on. 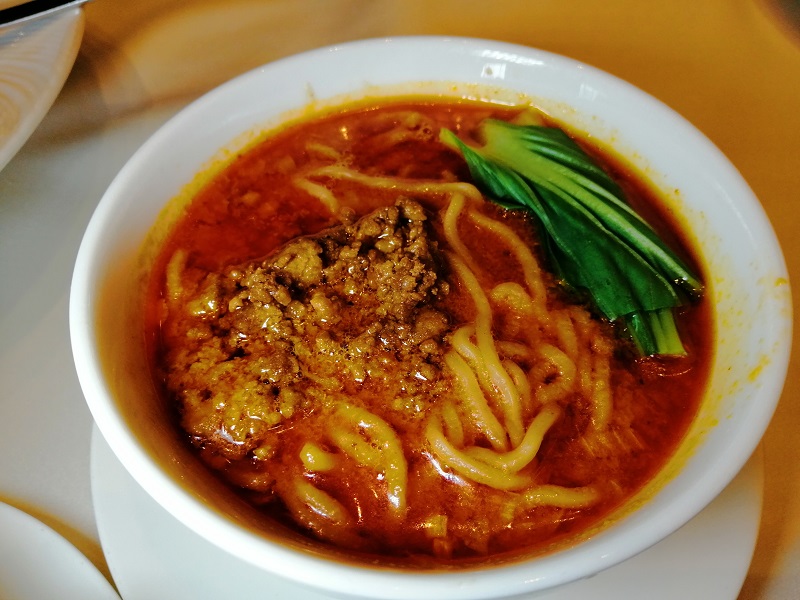 Chen’s Original Spicy Noodle Soup was decent as well. It’s a very rich and oily style ramen. The flavors are tweaked to Japanese palates so this is not classic Szechuan cuisine. Shisen Hanten is like Chinese-American food – Szechuan cuisine that’s been modified to suit Japanese preferences. 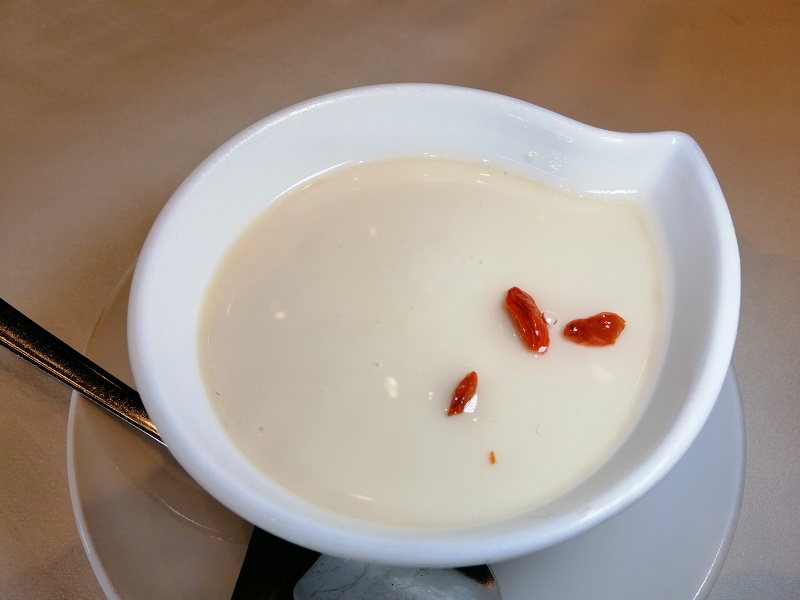 Cold Almond Pudding was edible but ultimately nothing special. It seemed like an afterthought to add perceived value instead of a genuine attempt to make a nice dessert. I’ve had better almond pudding from a random ramen shop in Sapporo. 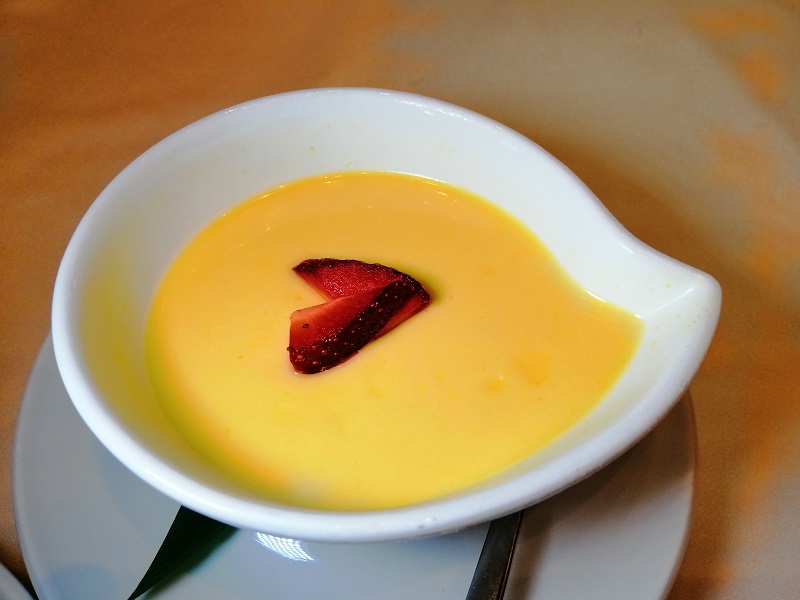 Mango Pudding was better than the Almond Tofu, with a piece of mango inside the pudding. Good, but it’s hard to get excited about something as simple and plain as this. 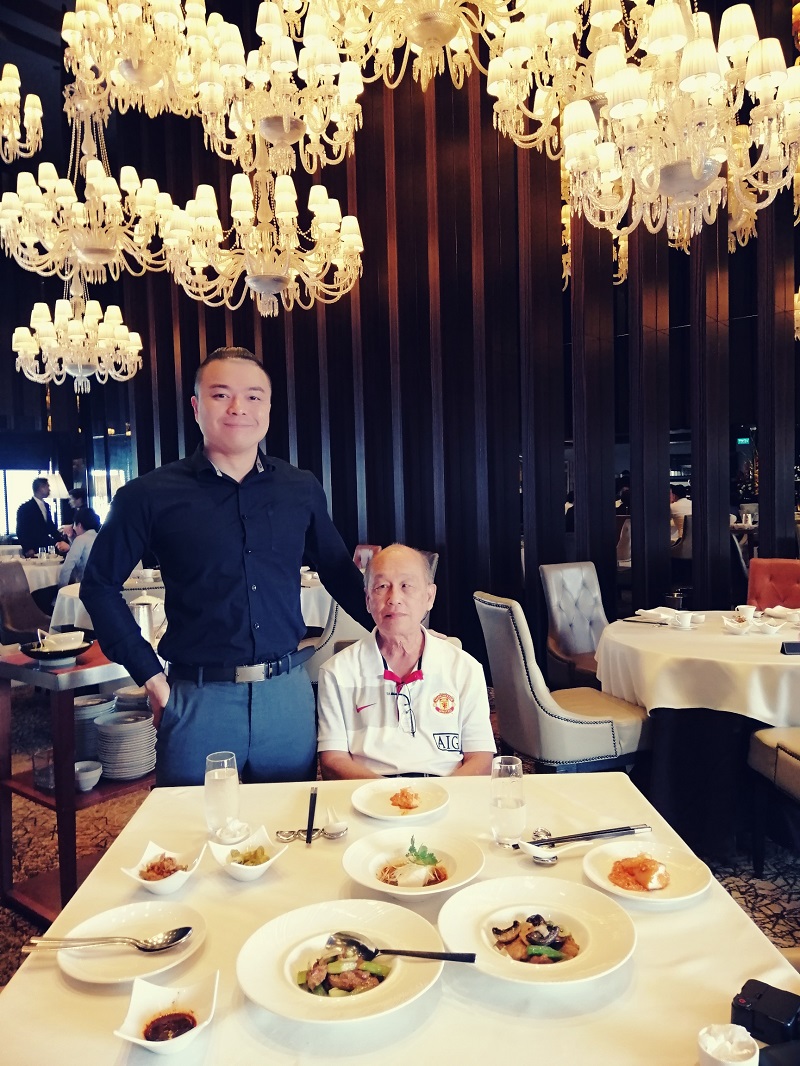 I’m very surprised Shisen Hanten has 2 Michelin stars. The food wasn’t consistently good and ½ of the mains we ordered were overcooked and dry. Service was lacking too – more suited to a busy, cheap Chinese restaurant than a Michelin starred establishment. Our waitress kept asking me to fill in a feedback form and mention her name in it. I thought that was crass. It reminded me of the desperate waiter at The Song of India. Lunch for 2 pax came up to SGD 117 (RM 355). The price is reasonable but this is a far cry from Waku Ghin (another 2 Michelin star restaurant in Singapore) – the food can’t even compare to 1 Michelin star restaurants. Avoid.