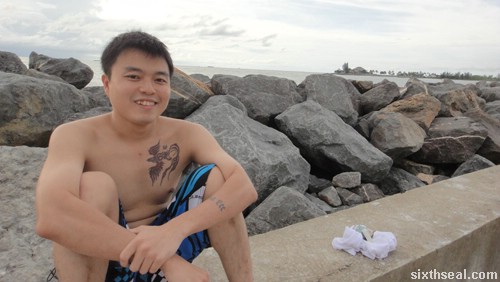 What is happiness? Well, it depends on the individual but it is your right to seek your own happiness. To me, happiness is a state of mind where you’re content with everything in your life. 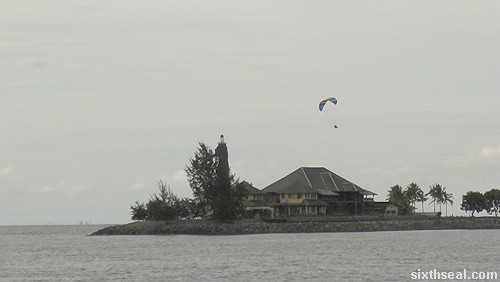 Happiness is something money cannot buy. A lot of people are unhappy about their financial situation but I believe that’s an unnecessary worry. The Chinese has a proverb that goes “Money is something that you can always earn back when you lose it”. There’s another phrase that goes “There will be water if God wills it” but that comes from the less reputable and more modern Dark Tower series of books by Stephen King. 😉 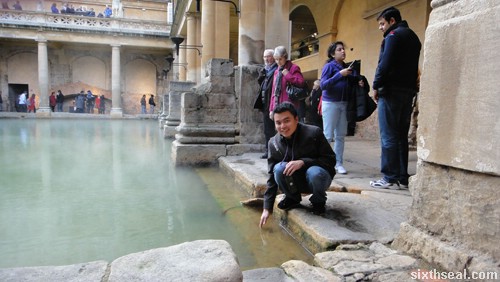 Happiness is a state of mind that I always try to strive for. I’m happy when I’m doing the things I like such as travelling. It enriches me and makes me a more understanding and better person when I meet new people and learn about new cultures. I’m even happier when I’m spending quality time with loved ones – friends, family, my girlfriend.

It’s all too easy to get caught up in the rat race and forget about the simple things in life that lifts your mood:

These are all little things which makes yout day just that little bit brighter. It has a cumulative effect and happiness is highly contagious – it’s like laughter. It’s meant to be shared. 🙂

I watched the Cadbury TVC and repeated it twice coz it was just so sweet. I found it adorable – the simple sweet joy (pun not intended) that permeates the entire commercial. It has all the elements done right – the humor, the camaraderie of neighborhood love, and a dash of romance. 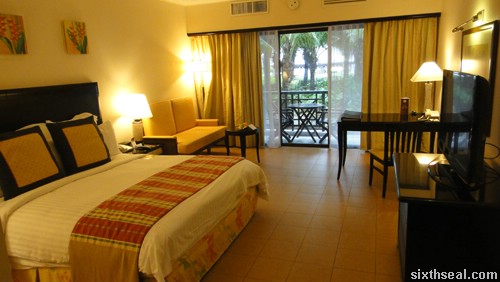 I took it upon myself to make a video similar to that. I was in Miri, Sarawak at that time to help my girlfriend move her stuff to KL. We spent a weekend in the Marriott Resort and Spa in Miri. It’s located right on the beach by the South China Sea and we booked a chalet facing the pool and sea.

You just need to open the sliding glass door to get out. There’s a balcony which is less than 10 meters from the pool – it’s almost like having a pool right at your doorstep! 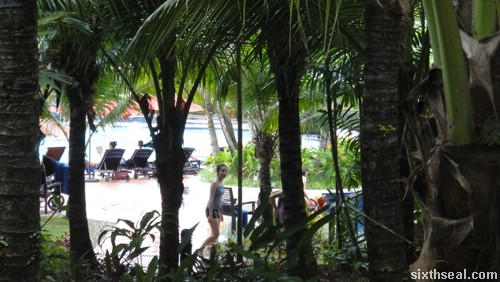 I thought up the idea of having a series of unfortunate events much like the original TVC. The entire video was shot over a period of 2 days. I didn’t have a professional videographer so I had to think of how to get the scenes right.

I also wanted a “happy” vibe so everything is shot in daylight – it’s bright and sunny with no indoor scenes except the initial phone call. I’ll go through the more interesting bits to give you a behind-the-scenes peek at the making of the video. 🙂 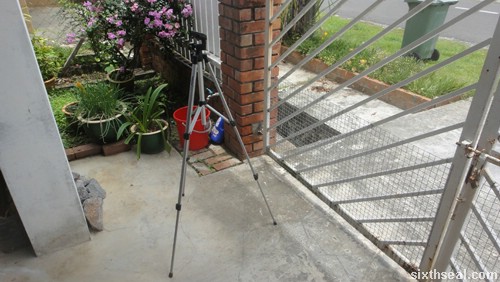 The first mishap you see (the one where I exit the house just to get splashed by a wayward neighbor’s dirty mop water) is done using a tripod. The one holding the bucket is…*drumroll*…Jeanie herself. The bucket was too heavy for her and we had to do two takes. I ended up changing coz the first splash totally failed – she went into the scene, propelled by the momentum and weight of the bucket of water.

We filled it with less water in the second take. I didn’t want to use up the rapidly dwindling backpack of attire I brought along. 😡

The car not being able to start

You’ll see the same car in the next scene so I did an extreme close up so you won’t see the make, model or color of the car. 🙂 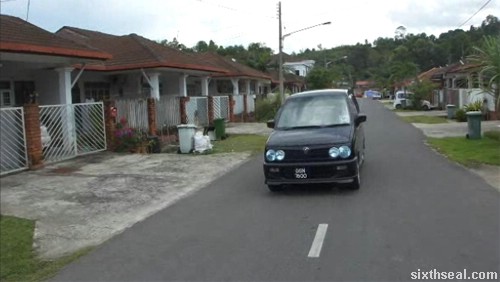 This one wasn’t too hard to do. It only required the two of us to pull it off. I filmed Jeanie driving towards me. I told her to put her foot on the gas and not worry about hitting me.

After that part was filmed, I passed the camera to her and she filmed me being caught like a deer in the headlights as the car (apparently) came barreling down on me.

The next scene was me twitching on the car bonnet after being “hit”. It took some video transitions to make it look comically realistic (without actually hitting me with the car).

It was originally longer but I thought the bit where I ended up wandering about dazed after being hit was a little too much so I cut it from the editing board. You can watch the full original scene here:

I spent a lot of time editing the videos – it’s a good learning process but it took me the better part of 3 days of almost continuous tweaking to get the timing and synchronization right. I’m a newbie in video production, thus the learning curve. 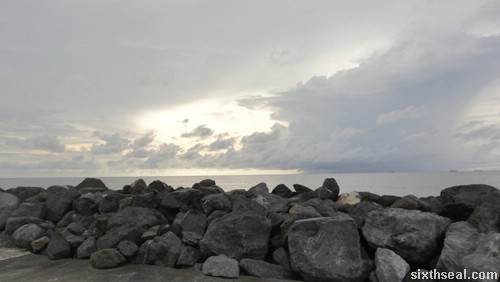 This is one of the scenes that I took out of the video as I thought it won’t contribute much to it. The beach walk also had to be sped up 4x so it won’t drag on. 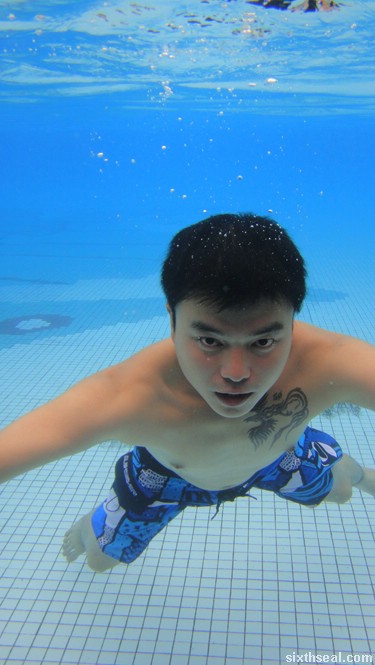 This is a bit of a retrofit. It was meant to be all fluff – a cool video taken underwater. I have a waterproof digicam and I figured it would be nifty to take a video underwater. I knew it won’t make much sense since I appear with my shirt on in the next scene…until I saw someone being escorted out by security. 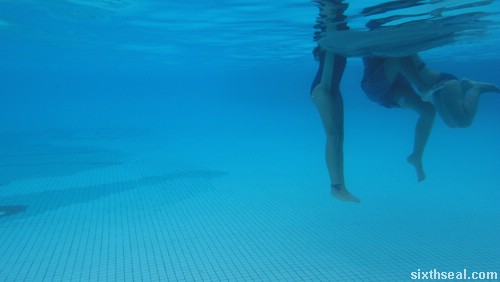 The Marriott has a strict policy – only guests are allowed to use the resort facilities and The Proverbial Light Bulb (TM) came on. It shall be the scene where I evade the guards!

I put that in the caption (used the Confucius angle), and the rest, as they say, is history. 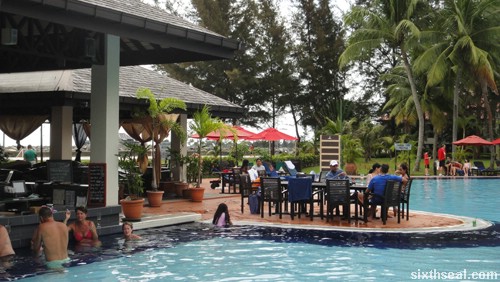 After all those trials and tribulations, we finally shot the last scene beside the pool. There’s this comfy sofa and we enlisted the help of a kind lady from France who was more than obliged to help us film this scene. The inter-cuts you see at the end is filmed by us – I did her and she did me. 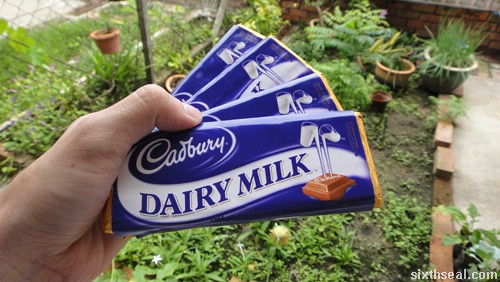 I swear this was the hardest part of the video – we went to several different shops in Miri but none of them had Cadbury Dairy Milk. They have others – the ones with nuts, Old Gold, and others…but not the original. It took us 2 hours before we stumbled upon a shop that sells it. I bought 5 x 75 gram bars. 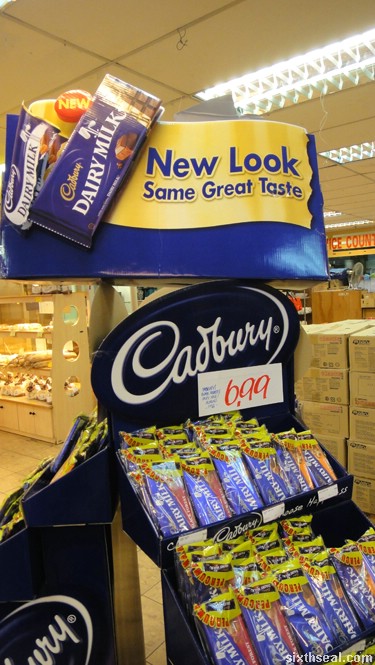 I then realized that it was the old packaging when I chanced upon a shop with the new packaging. I bought more of it and re-shot some of the scenes again. I have a lot of chocolate now but I love Cadbury Dairy Milk so it’s all good. 😀 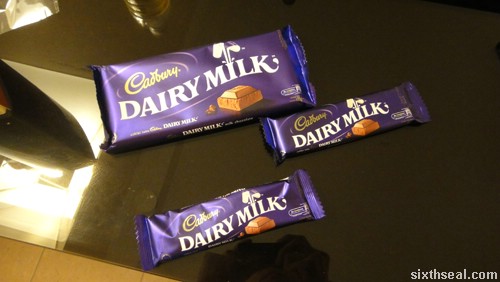 We actually did share it – there were a couple of kids running around in the resort and I passed them several bars. I thought their parents would balk – candy from strangers and all that, but they thanked us for it and one even bought us drinks from the poolside bar. 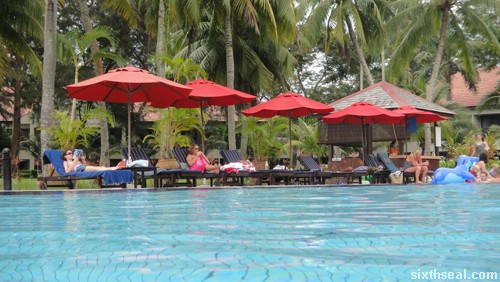 The kids loved it. One of them came up to me and she showed me her toy – a launcher she was playing with beside the pool that launches a baby dinosaur up into the air by pumping air into the tube. That was the highlight of doing the video – sharing the Cadbury chocolate and seeing the little ones enjoying it by the pool during their holiday. 🙂

What do you think?

Do you need a dose of happiness? Join the Cadbury Facebook page and get some! 🙂 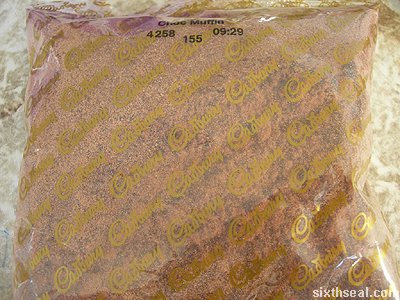 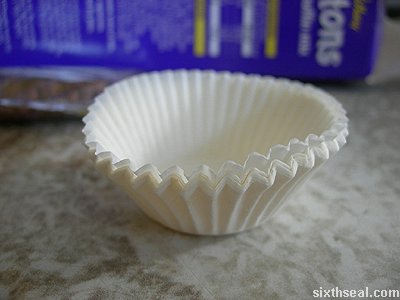 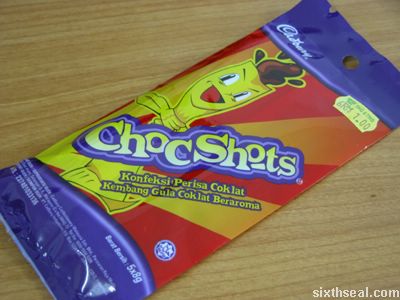 Remember the Choki Choki tubes of chocolates we had as kids? It’s
all grown up now, and wants to be referred to as ChocShots. “Choki
Choki, have some please, Choki Choki for all your kids” this is not.
This is Choc Shots by Cadbury. 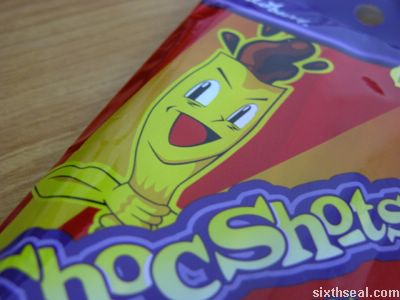 Just look at the naughty look on his face as he fists himself to an
ecstatic finish. Puberty is a hard time (no pun intended) for
confectionary too, you know. 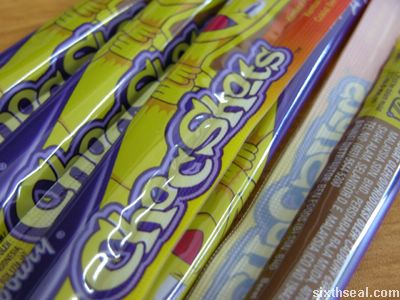 Choc Shots retails for RM 1 for five of these brown phallic tubes. 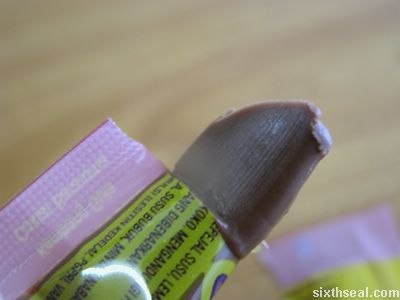 Here’s how it works for people who haven’t eaten an equivalent
candy. Basically, you squeeze it and well…stuff comes out. And you
eat that stuff. 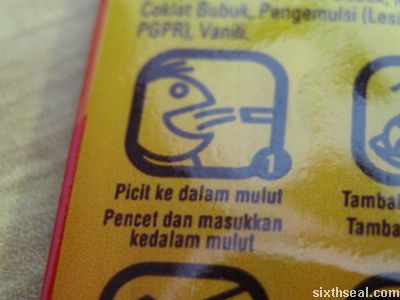 There is something very wrong with the printed instructions at the backs. It says:

Squirt into mouth.
Squeeze and put it into your mouth.

That comes with a face wearing a shit eating grin as he takes the
ejaculatory substance of something from a tube. Oh, the corruption of
the fragile little minds out there… 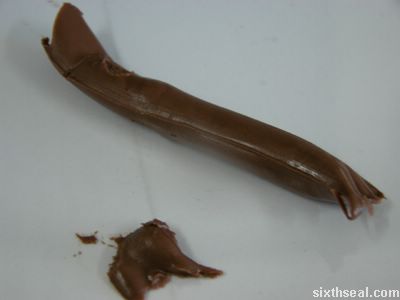 Sometimes a cigar is just a cigar…but look at the messy load he shot on my papers! I feel violated…