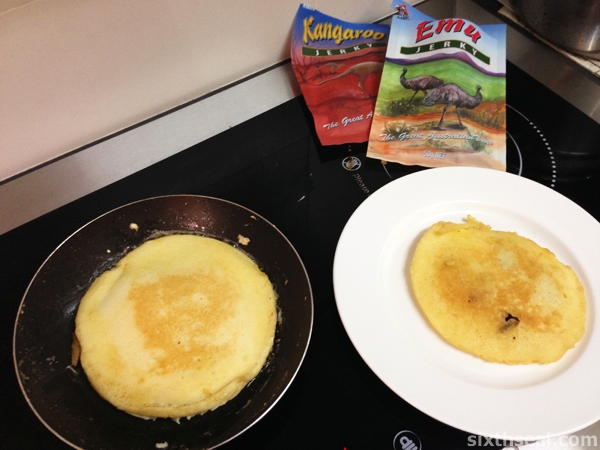 I have had this idea knocking (hopping?) in my head for a while. I’ll stop with the bad puns and say that this is a take on flap jacks – instead of the usual pancakes, it’s made using emu and kangaroo meat, thus it’s a flap hop. Geddit? 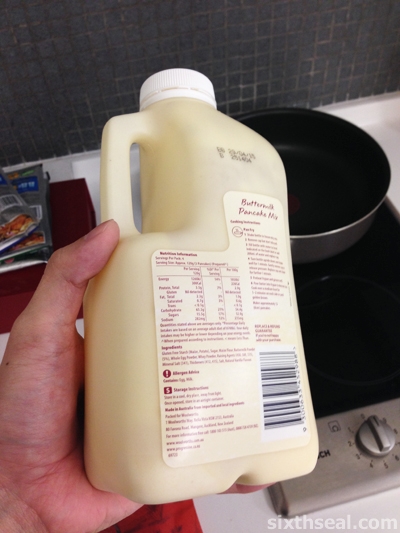 I bought this gluten-free buttermilk pancake mix during my last trip to Sydney and haven’t used it. I could have made our own pancakes from scratch but since it was a Sunday morning, I thought I’ll just shake this bottle instead. Plus, I wanted to see how gluten-free pancakes made from rice/tapioca flour and potato starch stacks up with the real deal. 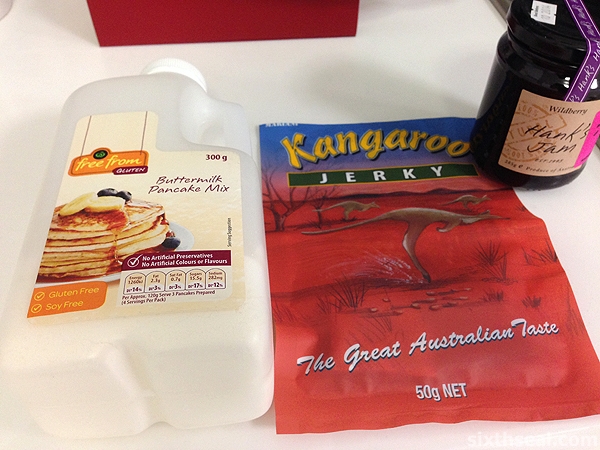 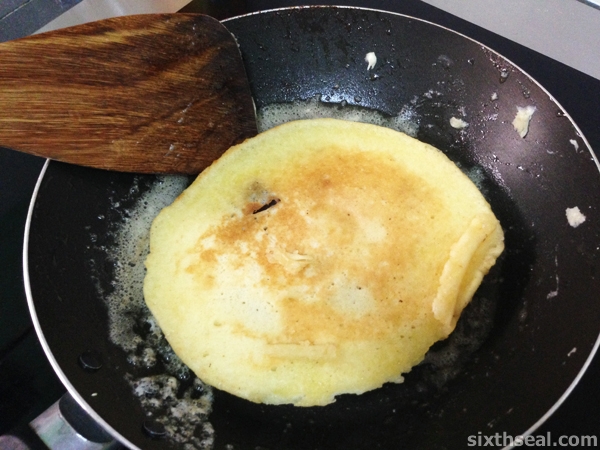 I got the wildberry jam (or jelly, as Mel would call it) from an import grocery shop here a while ago – it’s a mixture of strawberries, blueberries and blackberries made by Hank’s Jam (also of Australian origin) and thought it’ll go well as an acidic counter-balance to the dark chocolate sauce. 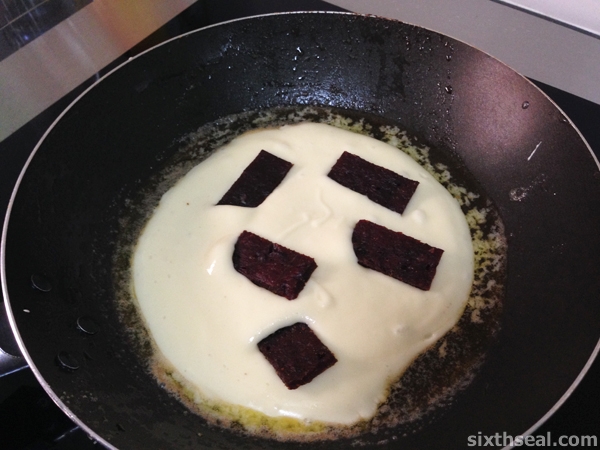 I did a few test batches of the buttermilk pancakes before finally settling on a size I wanted. Just before one side is done I inserted pieces of the emu and kangaroo jerky into the still-bubbling pancake mix. 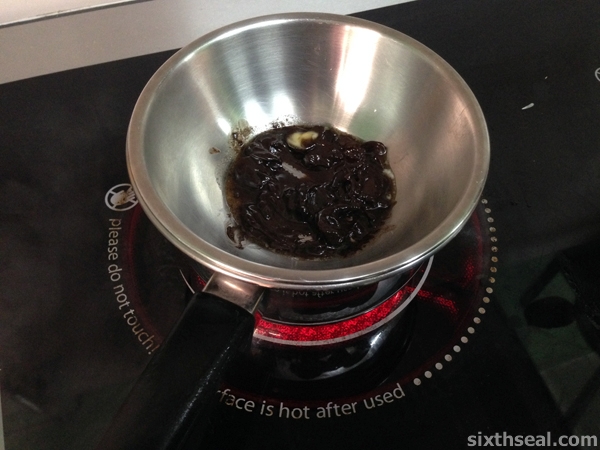 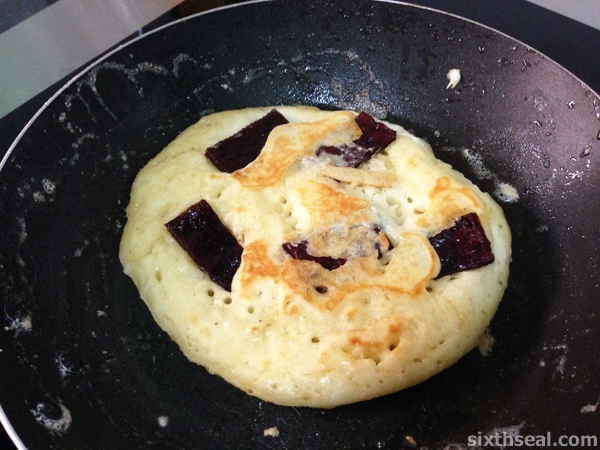 After my buttermilk pancakes have set with the emu and kangaroo jerky inside, I flipped them over to brown the other side and added a smear of dark chocolate sauce on it. 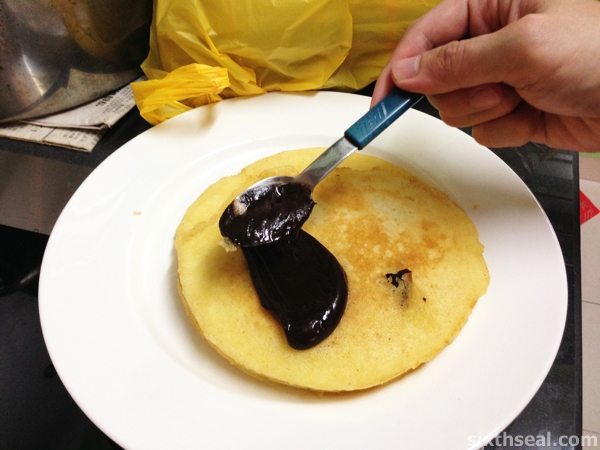 My dear also cut up some kiwifruits, which I added into the “crater” where I started the chocolate smear from. 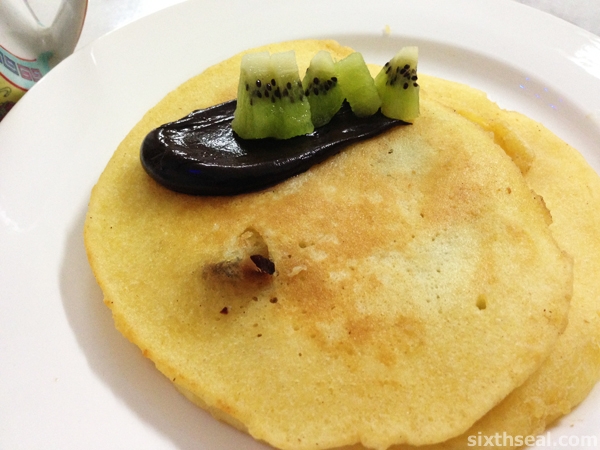 It was a very delicious breakfast that we made yesterday morning – I would have liked some sunny-side up eggs with it too but the kangaroo and emu jerky added that savory taste and the sweetness of the dark chocolate is balanced by the wildberry jam. 🙂