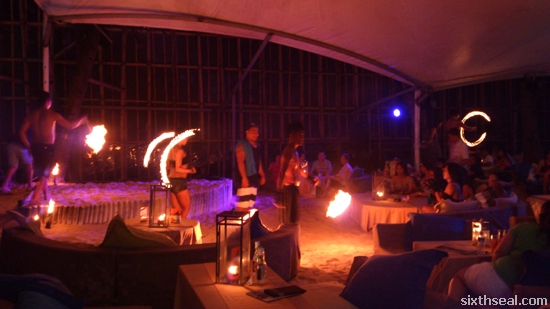 This group of fire dancers were performing along the vibrant night life section of White Beach in Boracay – around Station 2. 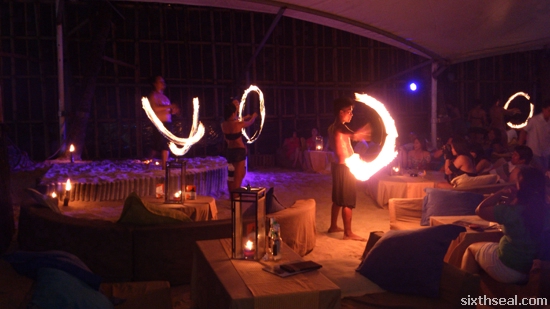 They’re called the Boracay Phoenix Fire Dancers and I was quite impressed by one of them – she has really good skills. 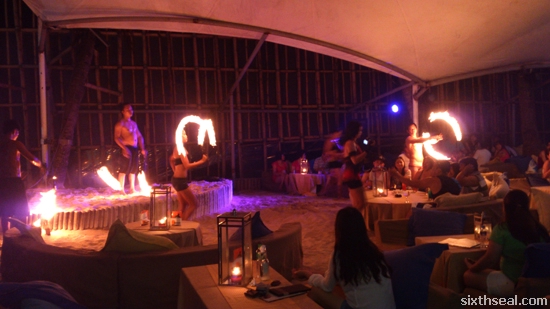 There were multiple performances – both indoors and outdoors simultaneously, and the latter having no constraints with ceilings and such, could perform aerial tricks.

One of them did an amazing catch after throwing the meteor hammer up in the air – she didn’t catch it the first time, but managed to snag it on the second try. It was the monsoon season so the wind speed was rather fierce, I was amazed she even managed to catch it at all! 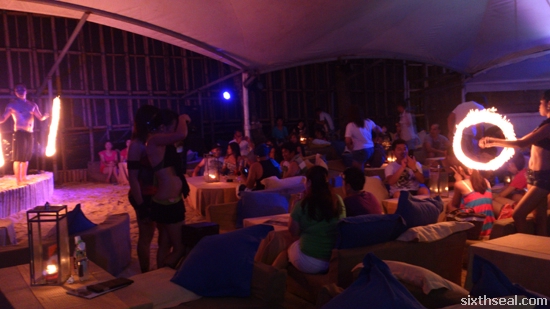 The Boracay Phoenix Fire Dancers also lit a lot of cigarettes by spinning the fire dancing apparatus close to the cancer sticks.

…and they also managed to scare a lot of people shitless by spinning the meteor hammers around their faces.

I have seen an equally good fire dancing performance in Penang (of all places) and really wanted to pick it up but the closest I ever got was fire breathing. Heh. 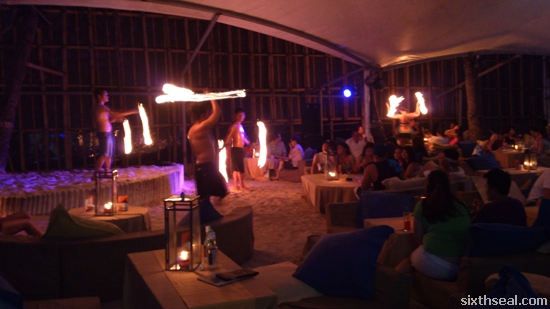 It’s the long weekend everyone! What are your plans? 😀