I have been navigating through floating platforms, jumping on evil robots and trying to avoid deadly lasers for the past few weeks. Yup, it’s the Horlicks NutriQuest Malaysia game for iOS and Android! I’ve been fiddling with it when I have a bit of free time on my smartphone and have progressed quite far in the game. Here’s my review (with a few tips and tricks to help you breeze through it if you’re having a bit of trouble).

The starting levels in the City are quite easy. The virtual camera pans through the entire level from the end to the start and zooms into your character the first time you drop in so you can see the layout. There are actually TV screens at the start of some levels (see picture above) and they show you how to learn new mechanics e.g. jumping higher or picking up boxes.Tired of playing games on laptop/desktop/play station, visit the sims 4 apk to download the apk to play all the games on your smart IOS/Android device.

There are also convenient arrows which shows you the proper way to go. However, it’s right to ignore these levels sometimes as there are secret areas you’ll need to go to in order to collect all the coins and stars.

Here’s one example. You can only access this secret area (which is inside a building) if you double back and ignore the directional arrows. If you are also fond of online games like diablo and looking for diablo addons like amulets, shield, weapons and armor etc then I highly recommend you can visit at Yesgamers.com to buy these items at genuine rates with discount facility.

There are plenty of “save points” like the arrow above – make sure to use them frequently as you might fall into a laser grid or bump into one of Mr. Greedy’s robot henchmen! You’ll be able to start again here with all in-level progress saved if you fail. There’s a protective bubble in the first 2-3 seconds after you respawn so make the most of it. It makes you invulnerable for a while so you can get through the difficult bits that foiled your attempts last time.

The Horlicks Stars are the most important things in the levels (aside from coins and bags of coins). You need them as a measure of success and if you don’t get enough, you can’t progress to the next level e.g. Jungle. Make sure to grab all the coins you see too, especially the big bags!

You’ll see how many coins and Horlicks Stars you collected at the end of each level. There are usually 3 stars per level.

The later levels will be more difficult as there are Metaloids which can kill you. The trick is to jump on them to kill them first.

Be sure to periodically upgrade your character. You can upgrade three (3) boosters – Tall, Strong, and Sharp. I suggest using Tall first for your first run-through and Sharp last as it only affects the VR Levels (more on that later).

You can also upgrade your pickups. Health is very important, and Magnet can be useful if you have trouble with side scrolling platform games as it helps you pick up coins and stars.

There is also a character change screen so you can pick the hero that you like from the 4 available. This is just an aesthetic choice but it’s nice for Horlicks to represent minors and female characters.

The progress screen shows how far along you are – there are 10 levels to a map and 4 maps in total (City, Jungle, Factory, 4th Dimension) for 40+ levels!

You can also pick up boxes in later levels.

These boxes can be thrown at Metaloids to kill them.

Another important thing to watch out is for the VR Terminals. This allows you to enter into a bonus level where you get to pick up coins and stars! The Sharp attribute would be important here as it allows you to stay longer in the level.

Some are quite hard to finish so I suggest you do as much as you can first, then go back and upgrade Sharp and try again for more time.

Watch out for boosters in-game which temporarily gives you powers to be Taller, Stronger or Sharper!

There are some places which requires keys to pass and it would be shown with a padlock.

Just grab the key and it’ll open. Enjoy the game! Hope you had as much fun as I did in your quest to be Taller, Stronger and Sharper. You can download it for iOS or Android. 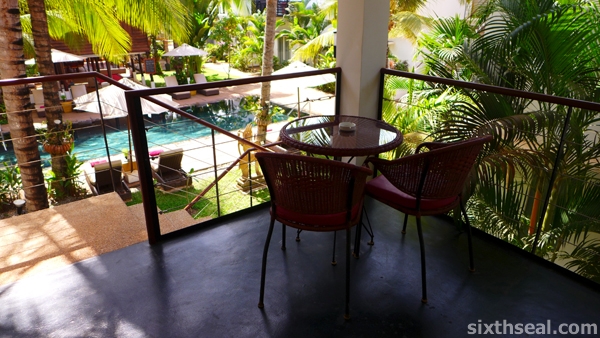 I personally use RHB Now, Internet & Mobile Banking. You can also get the RHB Now app from Google Play or iOS – you can download it for free and perform all the banking related tasks you want from the comfort of your couch or when you’re out and about. Very convenient stuff. 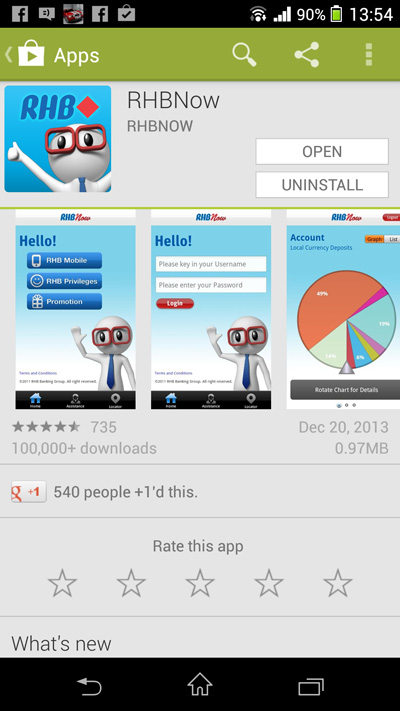 The transactions that you can do on RHB Now is almost everything you can do at the branch. There’s Bill Payment, Prepaid Reload, Send Money via PayPal, Western Union and Foreign Telegraphic Transfer – it can all be done digitally now! 🙂

You can win awesome gadgets just from doing digital transactions too! Perform a transaction with a minimum of RM 30 and you’ll qualify for:

The top 3 customers with the highest accumulated entries for the week will win a Samsung GALAXY S4 Zoom each!

The top 3 customers with the highest accumulated entries for the month will win a Samsung GALAXY Note 3 each! 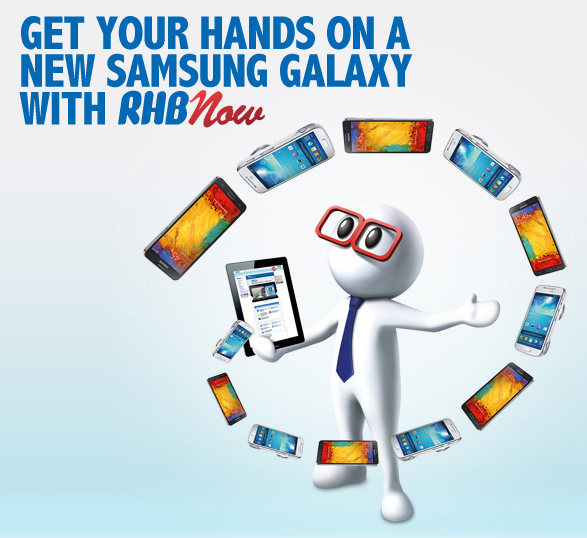 I’ve gotta admit, I got bitten by the Draw Something bug too. However, my drawings are usually very basic. I once just drew an * for asterisk. Heh. Lainey here was helping me with one of my drawings – it’s “iceberg”.

I added a very rudimentary looking ship with the words TITANIC emblazoned on it. This could very well be the best drawing I’ve “done”.

My drawings are so bad that I get remarks about my artistic inclination on WhatsApp.

I’m not chilling at the couch back home. Well, I *am* doing that, and watching TV but that’s not all I’m doing. I’m back home for the holidays and since I nearly missed my flight, I didn’t manage to do all the chores.

I personally use the RHB Mobile Banking app on my iPad. You can get it from iTunes – it’s a free download and you can perform all the banking related tasks you want from the comfort of your couch. Very convenient stuff. 😀

Anyway, there’s this online game using the Unity engine which is also going to be available from iTunes and the Android Market. It’s called RHB Now Race – Race For a Ducati and you can actually *win* a legendary Ducati bike and other real life prizes from it.

It’s pretty easy to play the game – if you don’t have an iOS or Android phone/tab – you can play the web based version here.

You’re in control of a Ducati bike and you need to collect gems for 60 seconds while avoiding obstacles. The arrow keys steer the chopper and the space bar allows you to jump over obstacles.

Tip: You can press the space bar twice in quick secession to do a “double jump” – twice the height and distance to clear tough obstacles.

It’s fun to play by itself but the best thing about it is that you stand to win a Ducati Monster 795! How cool is that? 😀

All you need to do is to be a RHB account holder registered with RHB Now Internet & Mobile Banking. Just perform any RHB Now transaction and you’re set to win the prizes in the game! There’s a minimum transaction of RM 50 but hey, your power or broadband bill probably tops that easy. 😉

You’ll need to perform a transaction first to lock in your high score. I did 50k easy on my first run but then again I’m a gamer so these things come naturally to me. Now who’s up for beating my high score? A Ducati Monster 795 and other cash prizes await! Heck, even the *consolation* prize starts at RM 7,000. 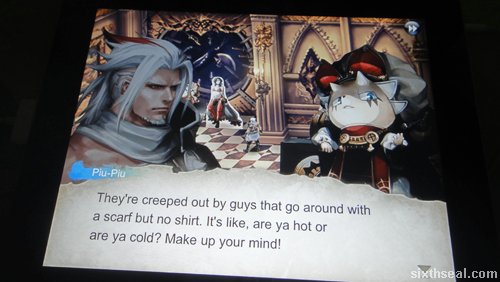 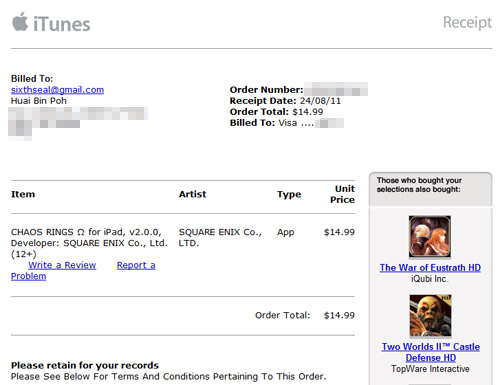 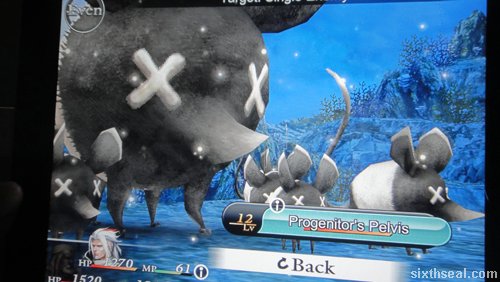 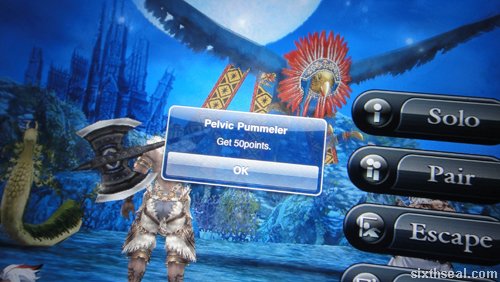