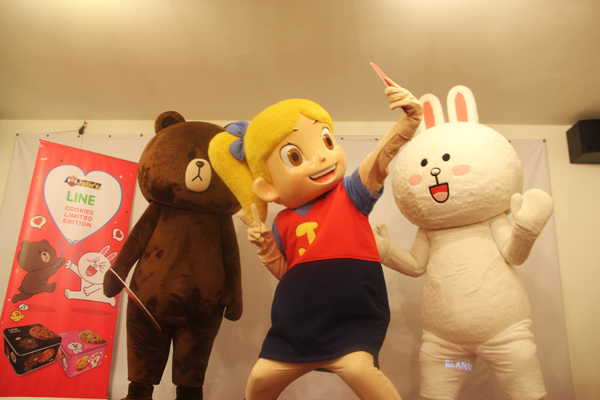 You remember the Julie’s biscuits that we all grew up with? I fondly remember eating lots of these when I was a kid, it was one of the staples of growing up. I absolutely *loved* their Cheese Sandwich back then, I couldn’t have enough when it came out. It was revolutionary at the time. Absolutely fabulous! 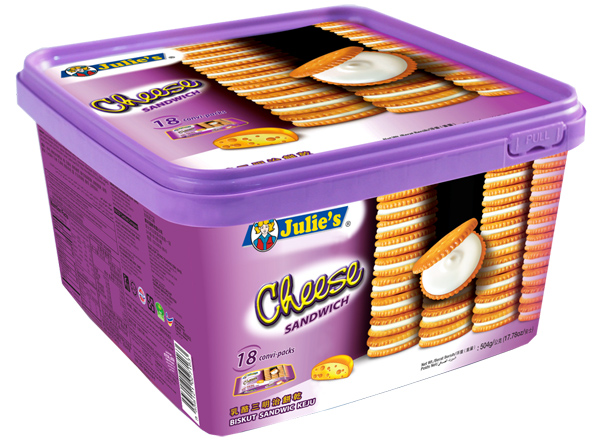 This is what it looked like! This is the box with 18 convenient individually wrapped packs which wasn’t available back in the early 90’s, but I would have happily eaten the entire box when I was a still growing boy! 🙂 There was a media launch event for the unveiling of a new product dubbed Julie’s x LINE on the 4th of July and true to the name, it’s a collaboration between Julie’s and LINE (the app). 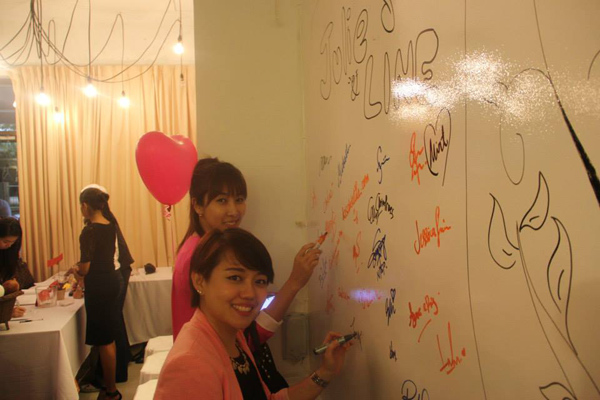 I was quite surprised coz this isn’t a usual collaboration – there’s not much in common between a confectionery manufacturer and the developer of a communications app for smartphones – at least that’s what I thought at first. 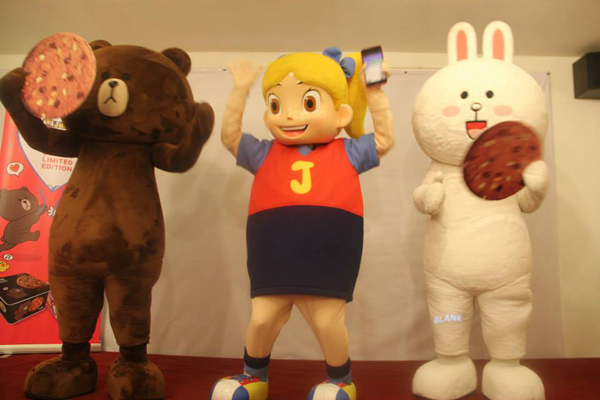 It turns out that the popular characters from LINE – Brown and Cony – is a collaboration between Julie’s and LINE for this season’s Oat 25 cookies range. 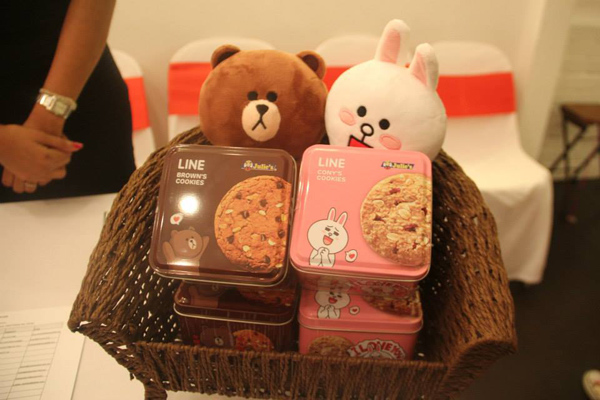 The first collaboration came out with Brown, the popular character from LINE and this second launch is to add one new character – Cony! 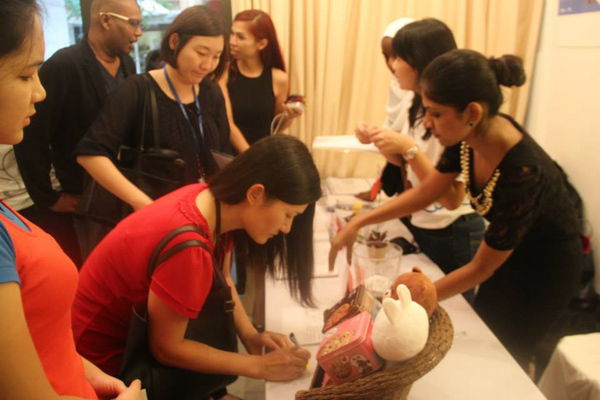 Interestingly, we received instructions to either dress in brown or pink. I didn’t quite get it at first until I realized that they were the colors of the popular LINE characters! 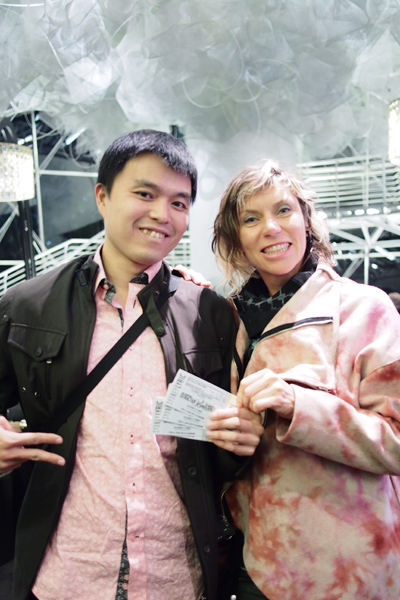 Brown is the color of the the LINE character Brown (the bear) and Cony the rabbit/bunny is the pink bit! I have a pink shirt, which I don’t wear a lot (but I hear looks good on me), so I thought I’ll go with that to the launch of Julie’s x LINE. 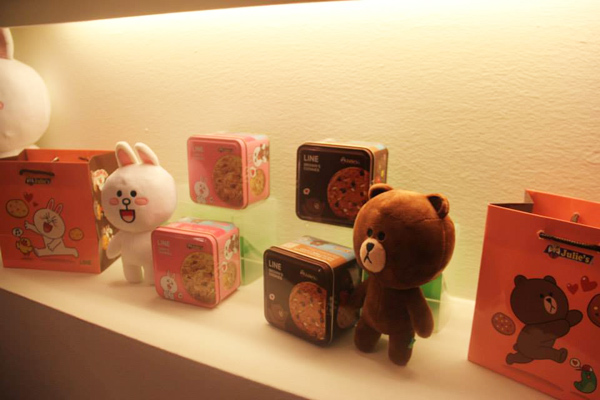 The Julie’s x LINE OAT 25 Cookies are limited edition. It’s available in these cute little metal boxes which has Julie’s oat biscuits inside and either Brown or Cony from LINE on the cover. 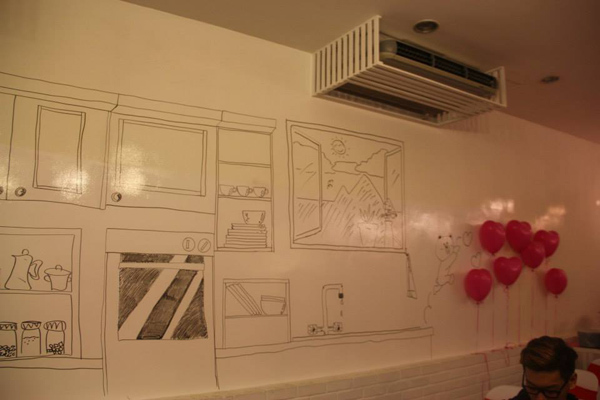 The Cony and Brown variations aren’t purely superficial though – the chocolate and strawberry flavors in Julie’s x LINE Limited Edition cookies are specifically chosen to match Brown’s peculiar characteristics and Cony’s sweet attributes. On top of that, Brown is known for his love for chocolate cookies while Cony looks adorable in pink. 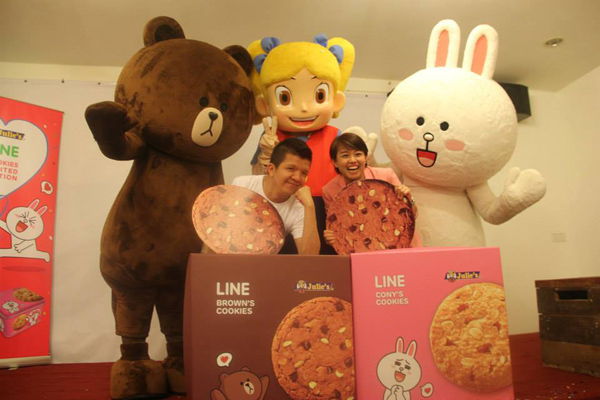 I thought it was a stroke of pure genius, at least when the Julie’s mascot came out with both LINE’s popular Cony and Brown! You can get the limited edition Julie’s x LINE Oat 25 Cookies in any AEON, The Store, selected Popular outlets and many more hyper/supermarkets nationwide! 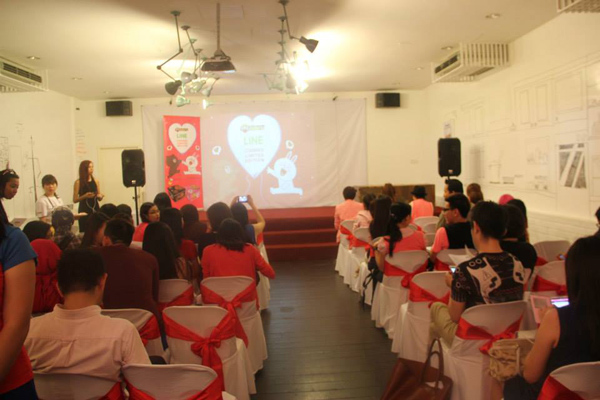 There’s also a Snap, Tag & Win photo contest going on with the hashtag #JuliesLINEcookies, so if you’re a fan of both LINE’s cute characters and Julie’s biscuits, head on over to the Julie’s Facebook page for more information about this Facebook and Instagram contest! 🙂 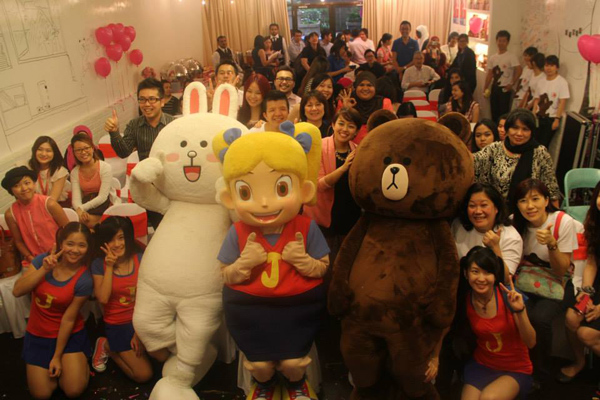