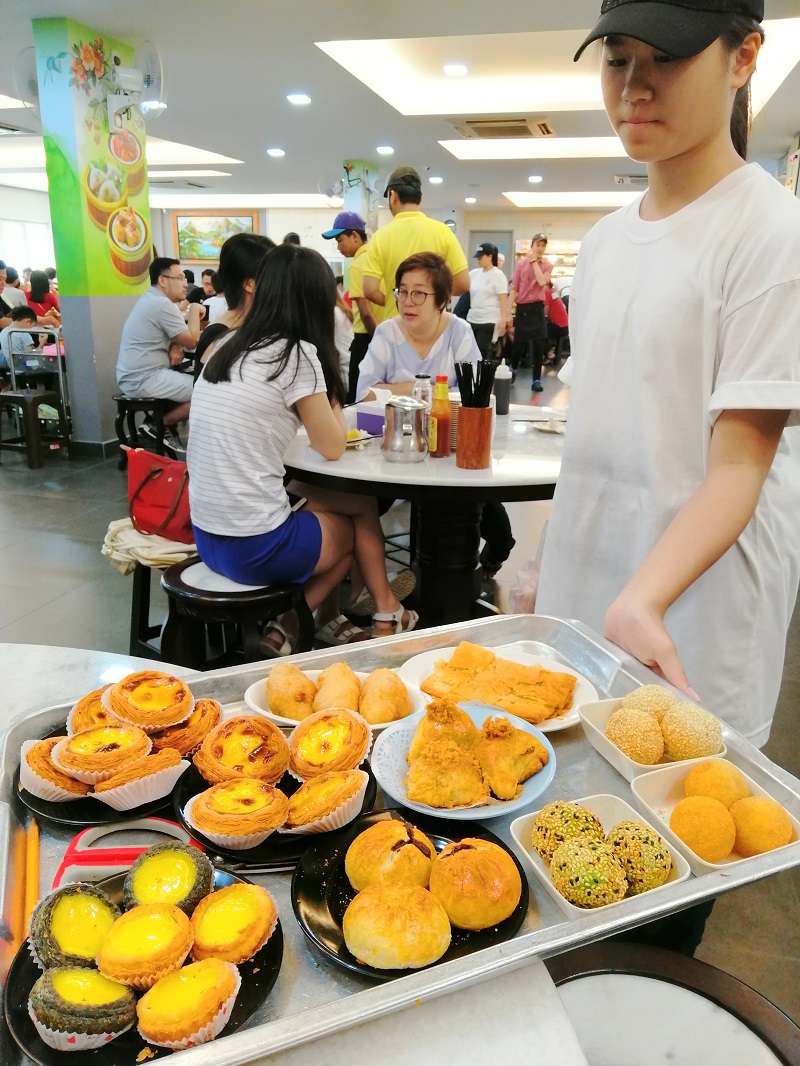 The last time I went to Foo Hing was over 6 months ago. I was writing an article for Malay Mail about dim sum and they were one of the places I covered. You can’t sample a lot of different items when you’re eating alone, so when May organized a casual dim sum brunch, I thought I’ll take this opportunity to find out more about what’s good here. I know they’re famous for their Portuguese egg tarts, and justifiable so, but I’m less familiar with their savory offerings. 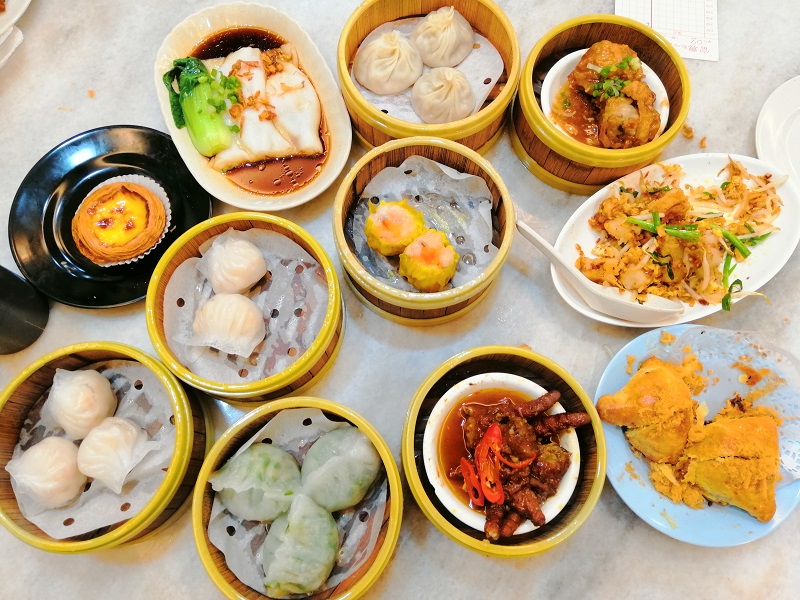 I tend to order the same thing every time since I know what I like. These will inevitably be some variation of har gao (prawn dumplings) coz I love the stuff. But after watching an episode of Samurai Gourmet, I realized that I’ve been too safe and adventurous while ordering food. Their chai tow kueh (fried carrot cake) with chai bo (pickled turnip) is decent. I was tasked with finishing this and I didn’t mind at all. 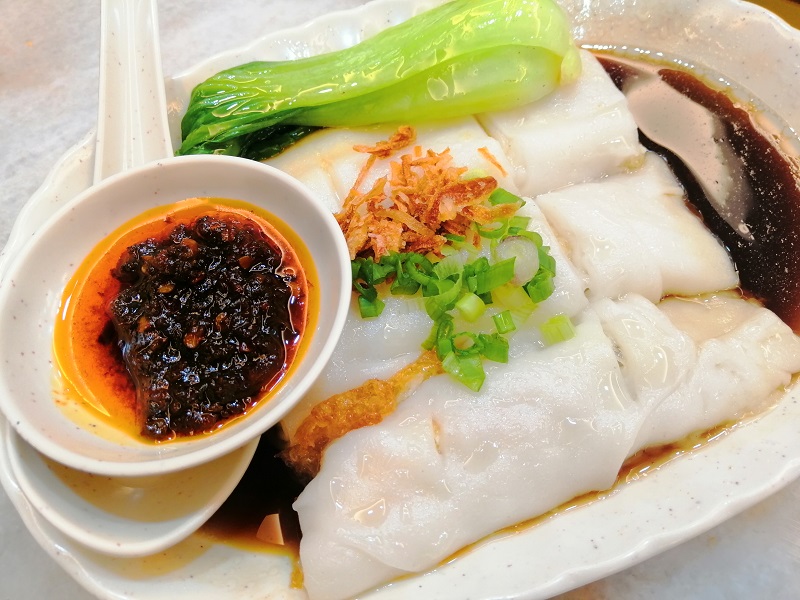 I also discovered a very beautiful thing – this is chee cheong fun with egg. It doesn’t sound like much and it looks quite pedestrian but it’s delicious! They fry an egg with lots of oil so it bubbles up Chinese-style, and roll it in the CCF. You get the familiar comfort of a fried egg with the slippery texture of the thin rice wraps. It’s surprisingly good. This came highly recommended from May and I’m glad I had it. It’s something I wouldn’t have discovered by myself. Simple, yet delectable. 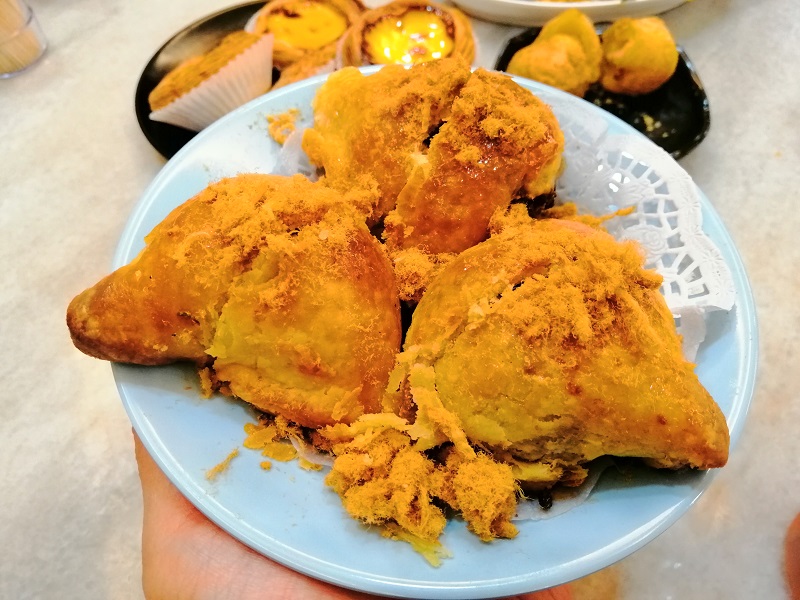 This was Ah Bok’s selection. It’s Chinese short pastry filled with BBQ pork and topped with pork floss. I also enjoyed this tremendously. I like sweet notes in my meat and this has it in spades. The texture of the pastry is also quite pleasant. 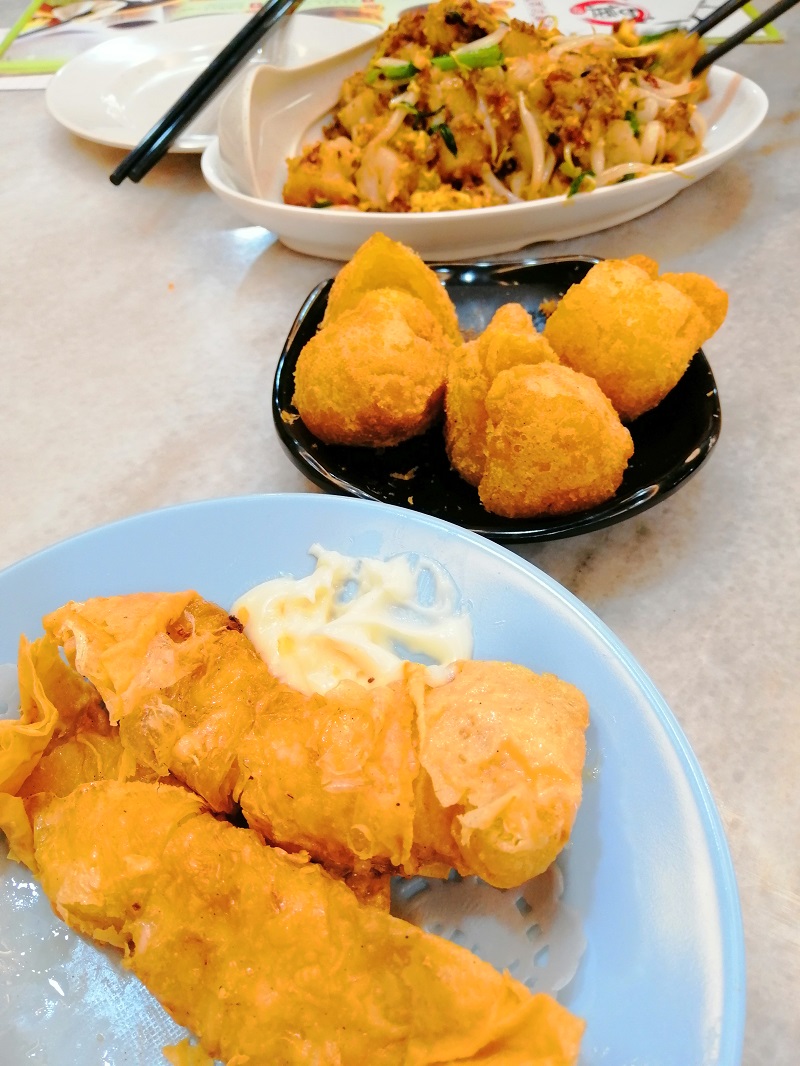 I went with a few variations of deep fried prawn dim sum. There’s a tubular version with thin wonton wrap and a thicker, doughier one. They both taste similar, but the textures are different. Mouth feel is very important in dim sum. 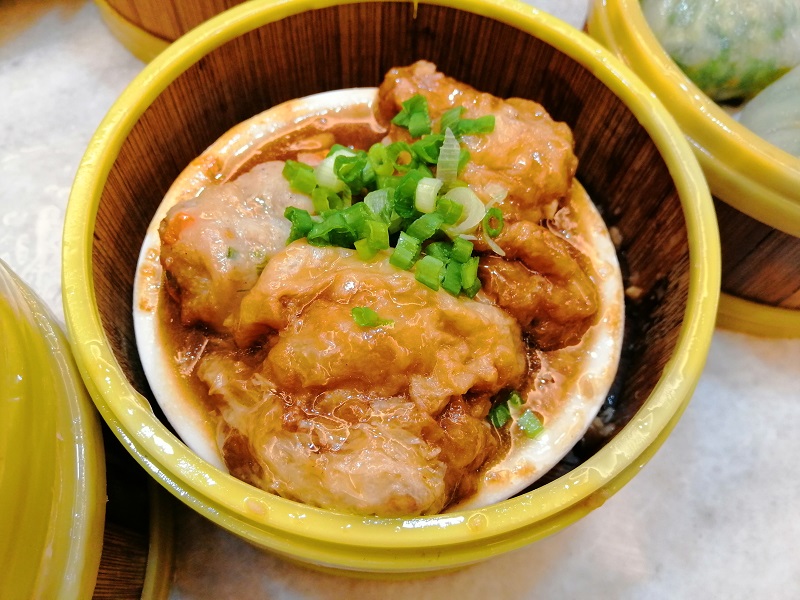 This soggy mess of pork with soy bean curd wrap is also quite good. Again, something I wouldn’t have chosen myself but I’m glad I tried. 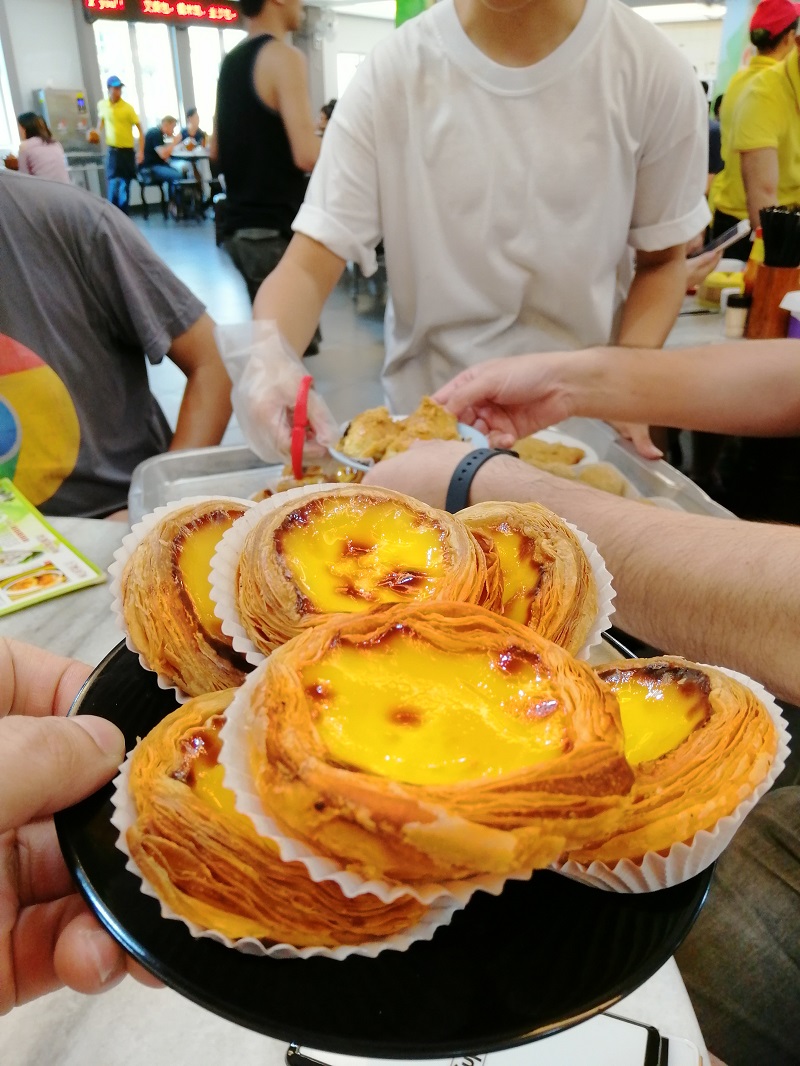 Naturally, we finished with their yummy Portuguese egg tarts. I really like them but as I mentioned in the Malay Mail article, my favorite Portuguese egg tarts are the ones KFC had circa 2010. Haha. You won’t believe me but they’re the fucking bomb! Perfect pastry crust. Please don’t lynch me. 😄 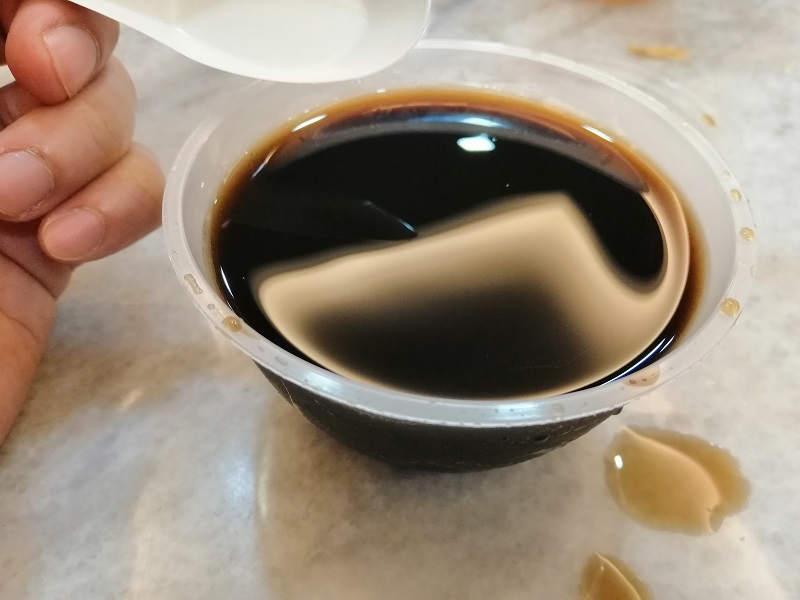 Foo Hing also have a range of tong sui desserts. I went with gui ling gao. I haven’t had this in a long time and I enjoy the bittersweet flavours. Pretty good. I read that most gui ling gao is not actually made with turtle due to the high cost of said ingredient. 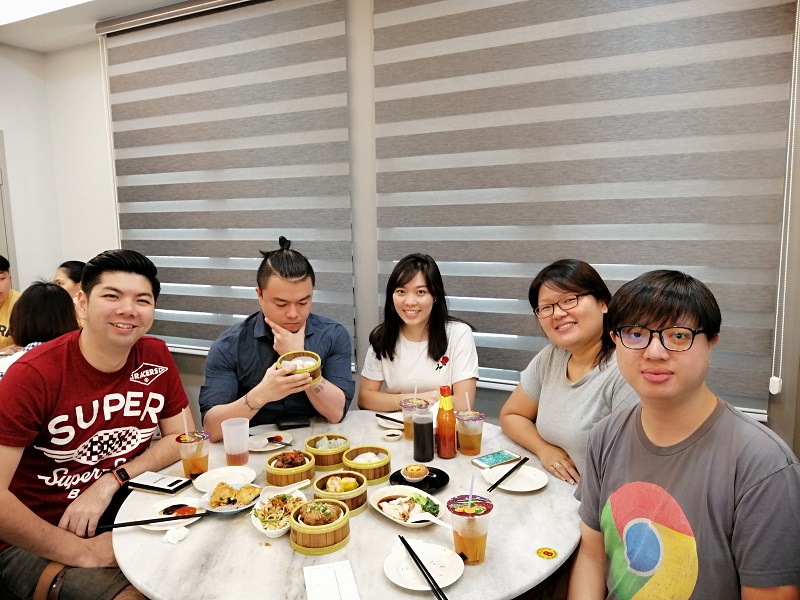 Dim sum at Foo Hing for the 5 of us worked out to around RM 30 each. I usually run up a similar bill by myself and I get to eat less variety. Dim sum is best enjoyed with other people so you can eat a range of different types. I also tapau 2 egg tarts home and tried their bakery style bun with BBQ pork filling (decent). We went for milk tea after and all the food and drink managed to fuel quite an intense workout session later. All in all, a nice Saturday morning. 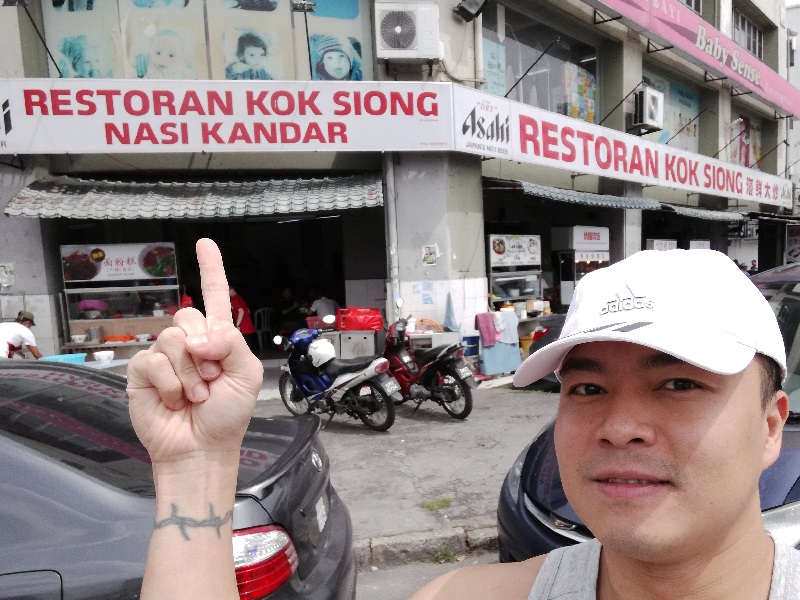 Kok Siong? A Chinese run and operated nasi kandar place? I thought it was pretty unusual too. This is actually a very famous nasi kandar place in Puchong. It’s always packed with people and there’s a long queue for the star – the nasi kandar stall. The stall is located inside a coffee shop of the same name. I popped by for lunch today coz I’ve been craving nasi kandar for a while now. 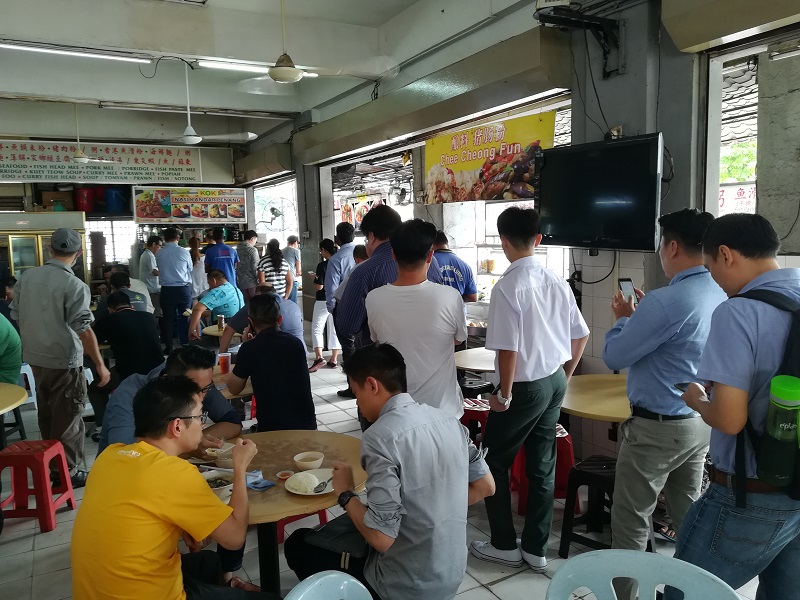 I hear the dishes to try here are the fried chicken and the lamb curry. I got both and also their omelet with rice and half a salted egg. I’m not sure if it should be called an omelet coz it’s fried on the outside and steamed on the inside. It tastes more like a Chinese style steamed egg. There’s lots of onions inside for flavor and it reminded me of something you could get in a chap fan stall. 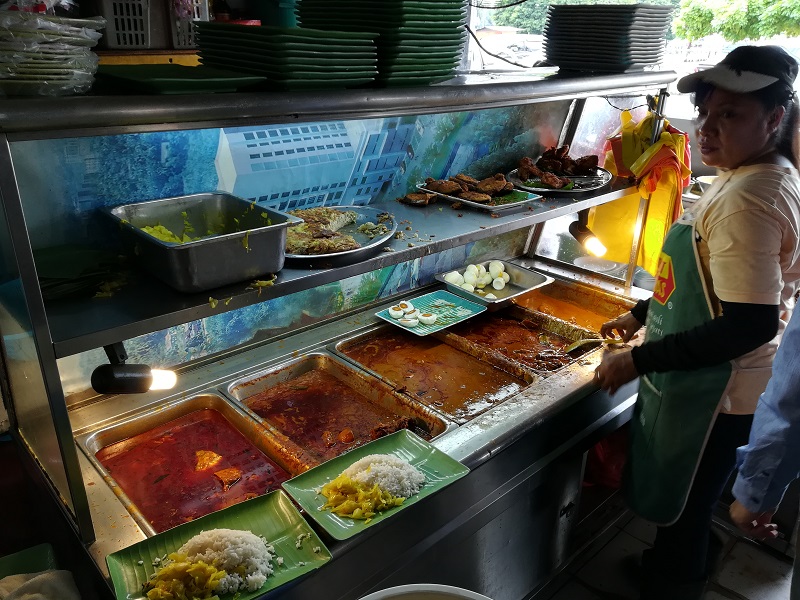 This is my plate of nasi kandar. It costs RM 20 for everything. The basic stuff is the rice and gravy – you can also add their omelet to this. Sides are fried chicken and lamb curry and also a salted egg. It’s not an unreasonable charge, I’ve had more expensive nasi kandar for less in Indian places. However, the proof is in the pudding! Is it good? 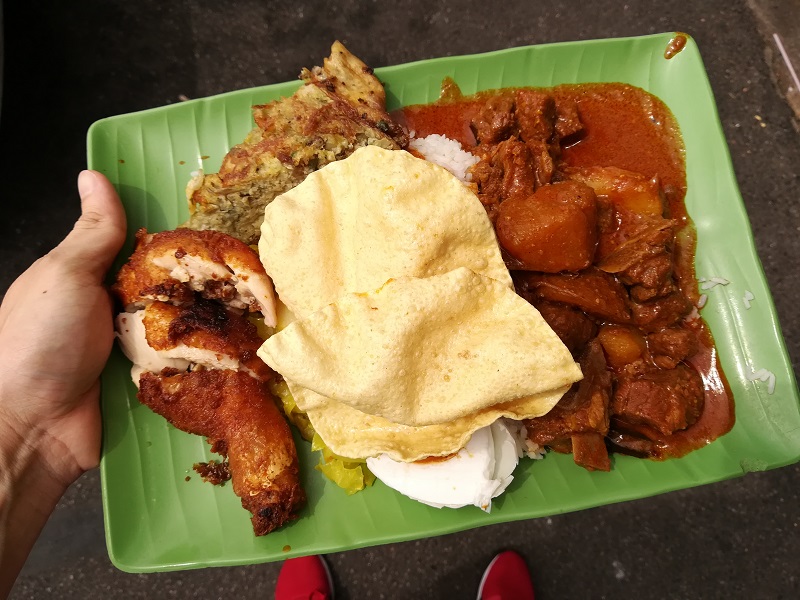 I’ve read a lot of glowing reviews before this and people have told me via word of mouth that it’s delicious too so when I ate it I had high expectations. The large crowd here certainly bolstered my opinion. Unfortunately I found everything to be over-salted and I didn’t really enjoy the food. The fried chicken was quite spiced (as in there are lots of spices, not that it burns your tongue) but nothing spectacular. I much preferred the fried chicken at Wong Soon Kee.

I must admit, I questioned myself multiple times. Everyone says it’s good! Are my taste buds really that out of sync? Is the fact that it’s too salty mar my experience? But I eat 3 packets of Mi Sedaap all the time! I’m used to sodium overload. Did I go when I wasn’t hungry? No, I was famished! I concluded that it’s probably just not my thing. I won’t go again but I ate everything on my plate (mostly coz I don’t like wasting food). However, plenty of people like this so your mileage may vary.