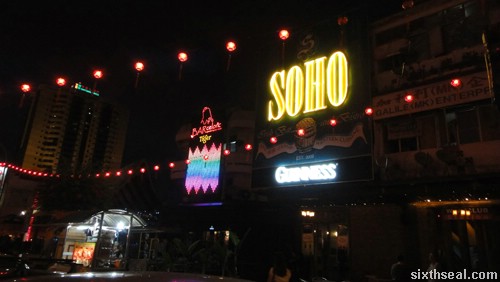 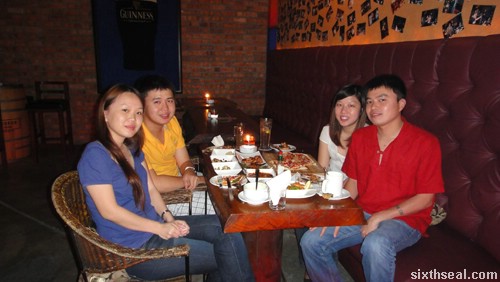 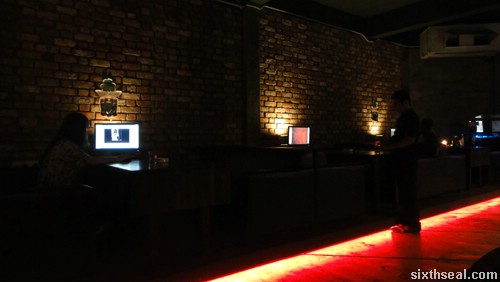 the idea. 🙂 It brings social media back to the real world. 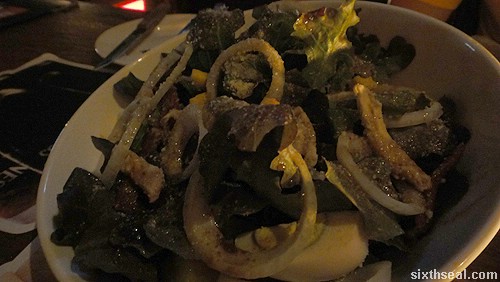 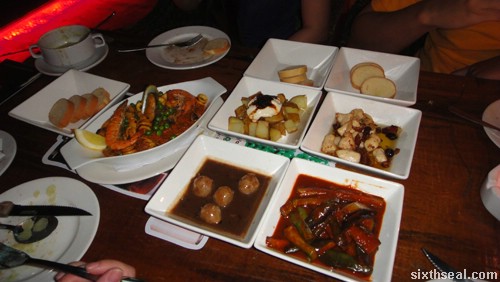 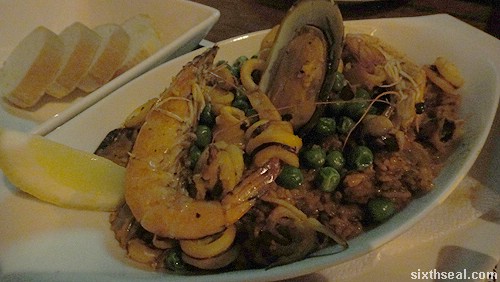 The rice is firm and each grain is distinctive. It’s flavorful and goes very well with the seafood. Trust me on this – ask for Spanish rice. 😀 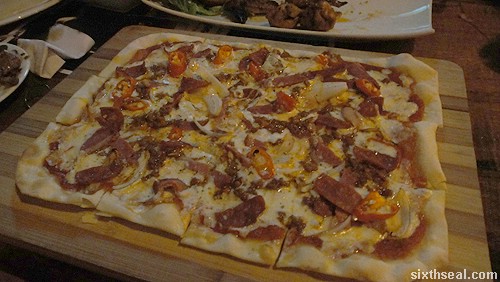 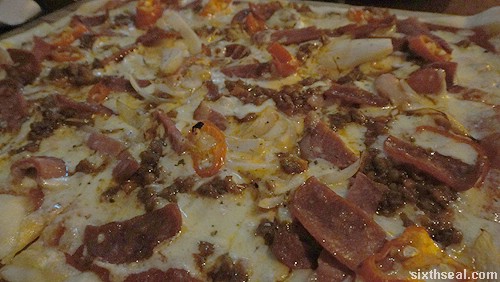 It’s one of those rare moments when fusion cuisine works very well. I can see why it’s on the recommended list in the menu. I would recommend it too. 🙂 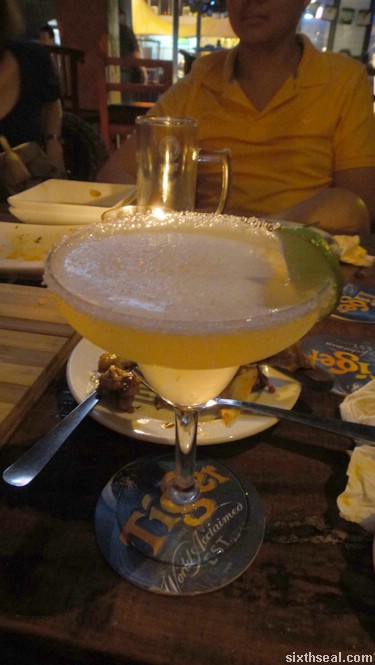 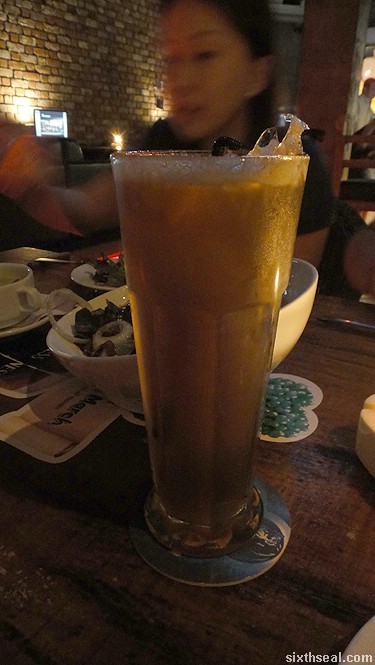 I also had their signature BARcelona Tea Party (RM 25). It’s listed on the alcohol menu as “Star & Strong Alcohol”. It’s true, the alcohol content is rather high in this long island tea variant. I love it! 😀 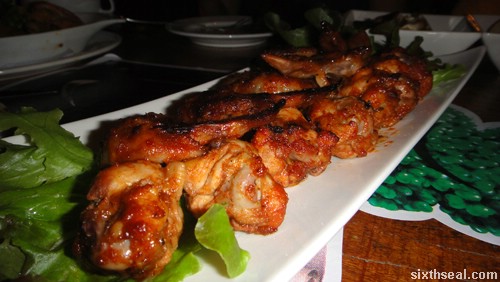 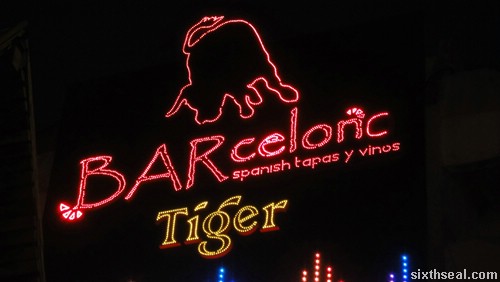 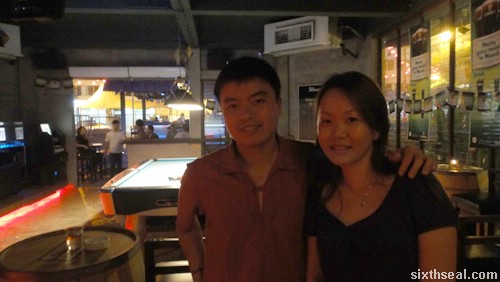 Thanks for picking up the bill Siaw Yin! You’re too kind. Next meal is on me. 🙂 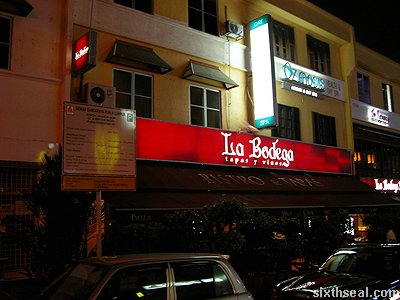 La Bodega in Bangsar is supposedly the first authentic Spanish tapas
bar in Malaysia. I went there on my final night in KL to celebrate my
RRMA win. The ambience in Bangsar was as lively as usual, despite it
being a Sunday night. 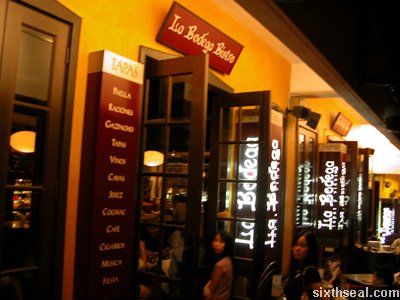 La Bodega tapas y vinos is a bistro restaurant that serves their flagship tapas as well as other Spanish cuisine. 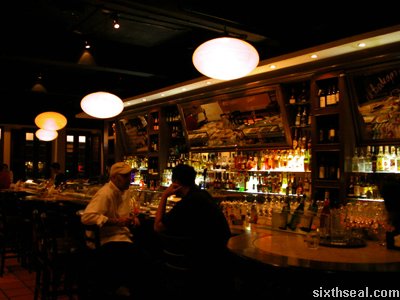 The interior is nicely designed, with bar style seating arrangements around the bar, and tables on the side. 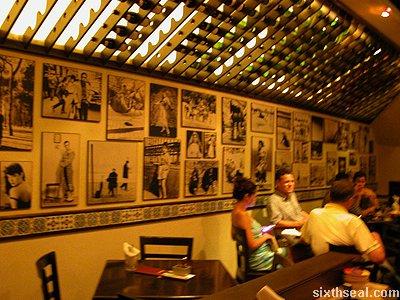 The walls of La Bodega are covered with B&W pictures, showing
life, as it were. I liked it a lot. There’s also something very
interesting, if you look up… 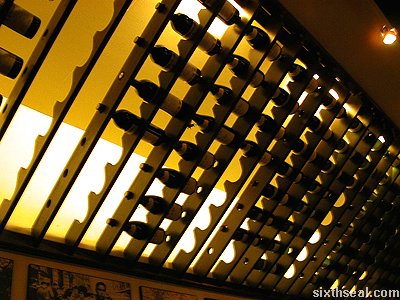 The top of La Bodega in Bangsar is custom fitted with a wine rack!
There are literally bottles of wine hanging on top of you. Nice! 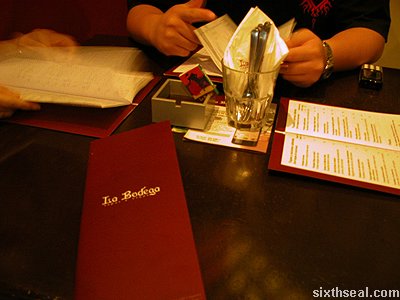 We placed our orders and I got a bottle of champagne to celebrate,
but they were out, and the attendant recommended Torres Grand Coronas
Cabernet Sauvignon, which was okay with me, coz I like red wine. 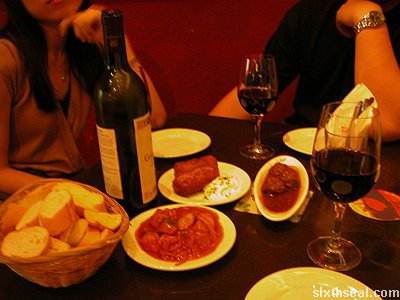 We ordered from the hot tapas and raciones menu as well as from the
paella menu. The photo above shows the various tapas that we ordered.
It all tasted good, the sauces were soaked up well by the bread. 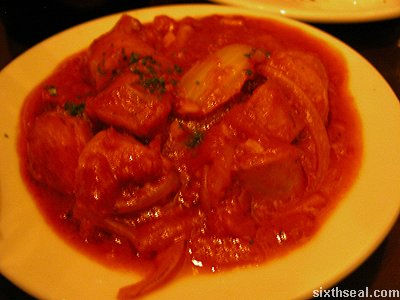 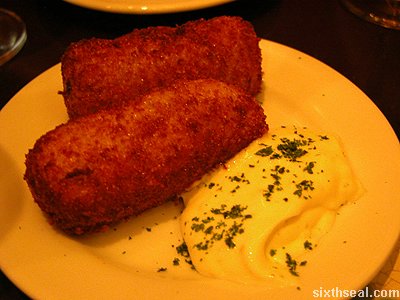 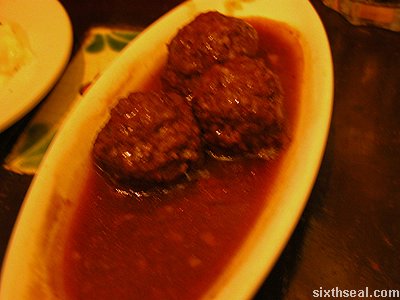 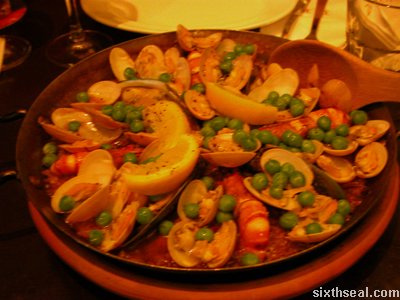 This is the main meal – Paella Valenciana mixta. It’s prawns,
chicken, mussels and clams cooked in a paella with saffron, peppers,
peas and rice. 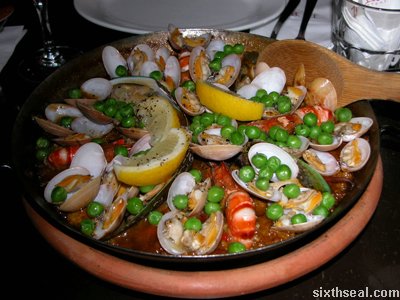 Here’s a photo of it with flash. This dish requires a minimum of two
people and a 30 minute wait, but that wasn’t a problem with us as we
all had this for the main. 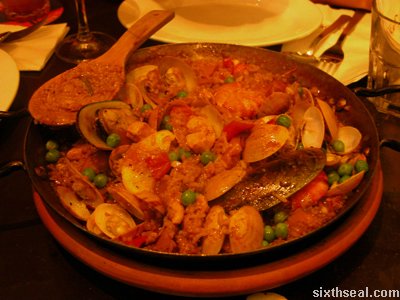 This is what it looks like after it’s mixed. It’s counted per
person, at RM 18, so if there’s four in your group, the dish is RM 72. 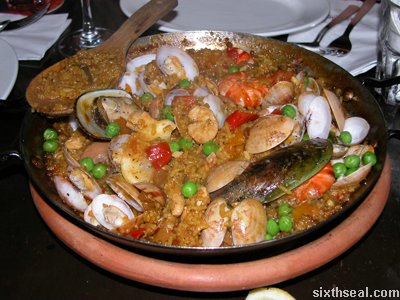 Here’s a clearer photo, with flash. It’s surprisingly filling and they were generous with the ingredients. It tasted wonderful. 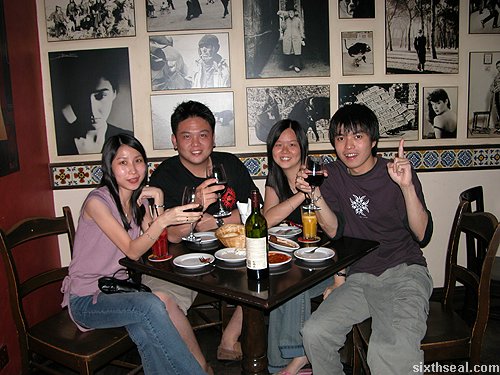 This is a group shot of us at La Bodega in Bangsar. L-R: Alice,
Richard, Louisa, Huai Bin (me). The bill came up to about RM 300, but
it’s worth it. Good food, highly recommended!