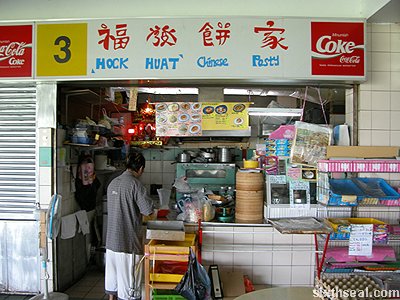 Hock Huat Chinese Pasty is an odd name for this establishment. They
have a couple of token pastries of Chinese origin but what the stall
really sells is chiffon cakes. It’s the flagship item. 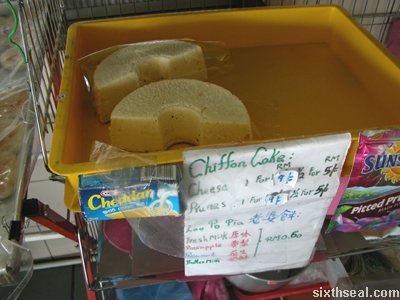 Now, I’m not a big fan of chiffon cakes, coz I used to eat a lot of
mediocre ones when I was younger. However, I decided to try one of
these, since a cheddar cheese chiffon cake does sound rather intriguing. 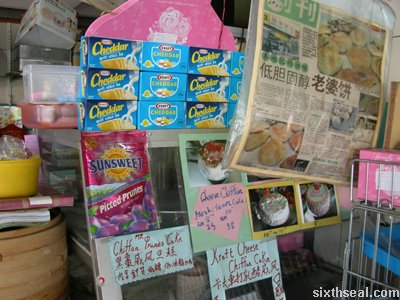 The proprietor told me they specialize in two kind of chiffon cakes
– cheddar cheese and prune ones. It’s sold in halves for RM 5. That’s
half a cake, enough to fill most people, it went down just nicely for
me. 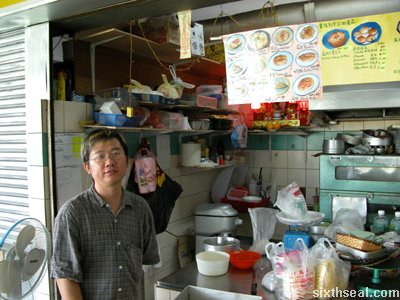 This is the owner of the place. I think he might very well be Hock
Huat, but I didn’t think to ask. Instead, I asked to go into his baking
space and take photos. 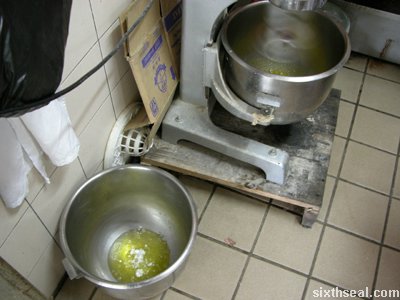 He showed me this large steel bowl which had a lot of oil (or melted
butter) and a tiny sprinkling of flour inside. There’s an automatic
beater preparing this one, which I was told is the first step. 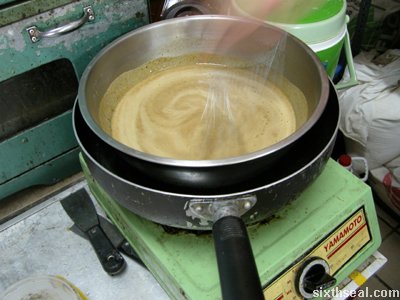 Here’s the important second step – the one that really matters. I
know, coz he told me three times. I think it had something to do with
the indirect heating (double boiling) method. He was very enthusiastic
about stirring the chiffon cake mixture too. This one is the prune
chiffon. 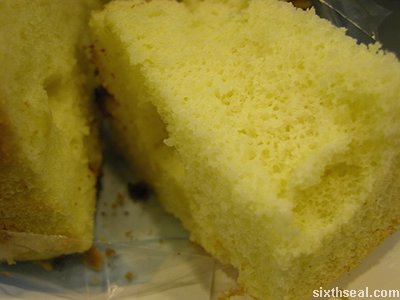 I bought half of a Kraft cheddar cheese chiffon cake for RM 5. It
made me instantly discard my long simmering prejudice against chiffon
cakes. It’s delicious! The chiffon cake is very soft, with a
melt-in-your-mouth texture. The cheese flavors came through just
nicely. I was amazed at how soft the chiffon cake is, it practically
disintegrated when I put it into my mouth. Highly recommended!