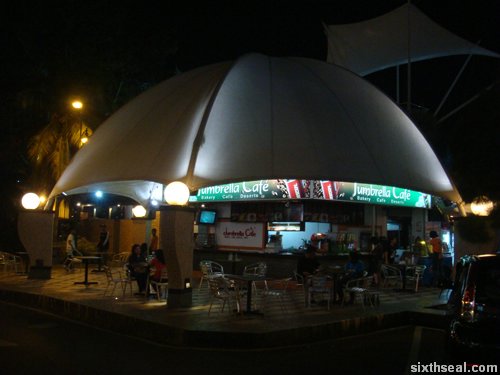 Jumbrella Cafe is an interesting al fresco concept cafe that has a great theme. Jumbrella is a concatenation of the words Jumbo and Umbrella and that’s exactly what the cafe is – a giant outdoor eating establishment under a huge canopy. 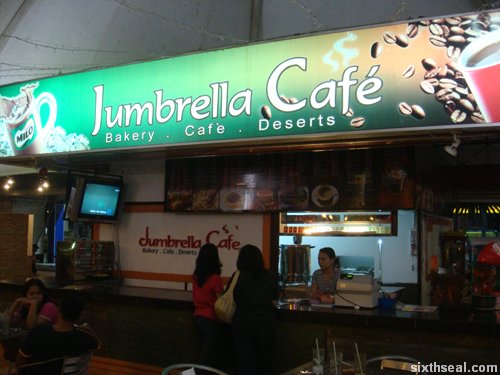 The place is only open at night since the area (with the exception of the brick and mortar kitchen) is used as a park during daylight hours. Thus, the canopy (umbrella) is modular and constructed at night with the seating arrangements all taken out and set when the place opens at around 7 pm. 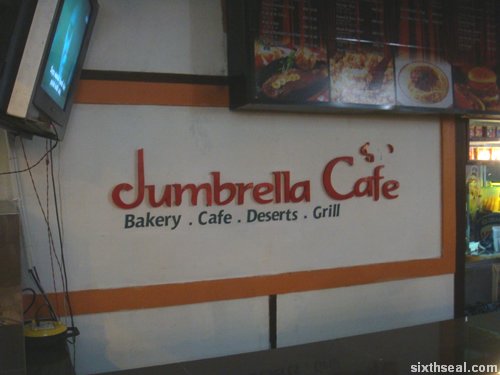 I didn’t really notice this place until I sent a friend there to meet up with her coworkers for supper one night. Jumbrella Cafe is tagged as a bakery, cafe, dessert and grill house. I thought the sign said dumbrella Cafe at first glance. Unfortunate choice of font there for the signage. 😉 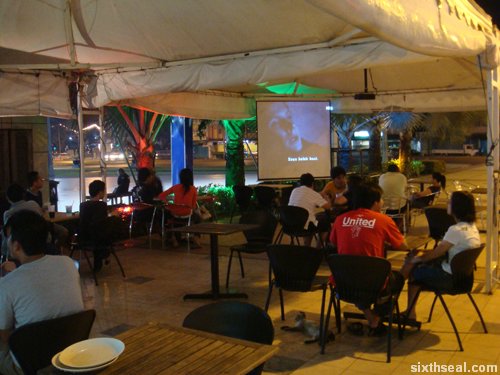 Jumbrella Cafe has a huge projection screen which attracts football fans during the game. The place serves beer as well, which goes well with a football match, I’m told. It can get a bit crowded during the major events like the Olympics but there are fan and mist units so it’s not warm unless the ambient temperature is. 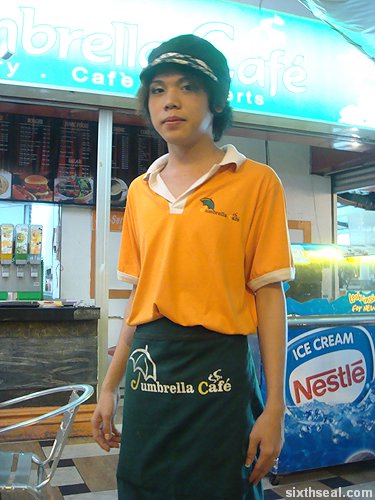 The service at Jumbrella Cafe is inconsistent. The waiter/waitress of undetermined gender above gives excellent service while some of the others felt like taking orders was a huge chore and probably just wanted to curl up in a ball at home. 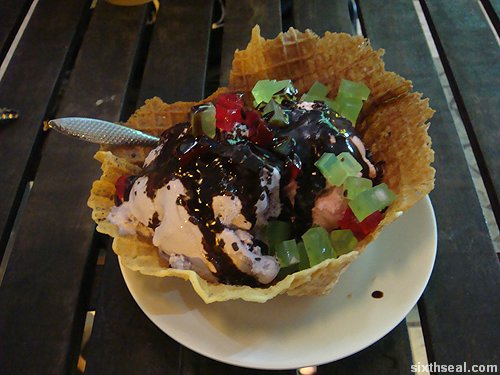 Anyway, this is one of the very rare occasions where I have to write a bad review about the food. It has dropped below the “nothing to write home about” standard to downright bland. I wouldn’t call it bad per se, but it’s very unimaginative and plain – not exactly adjectives you would want your food to be addressed by. 😉 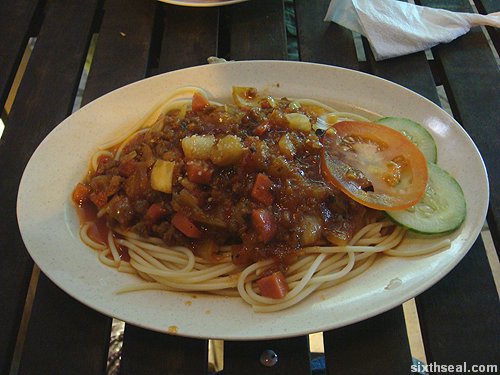 This is Jumbrella Spaghetti (RM 9.50). Bland and tasteless. 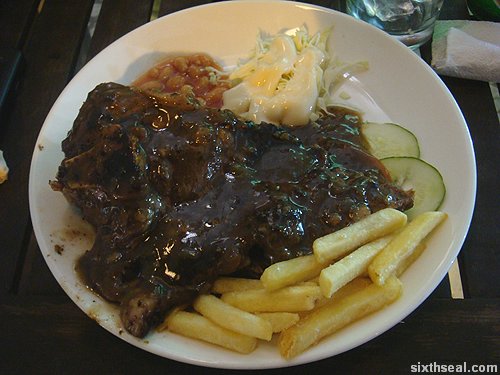 This is Lamb Chop with Black Pepper Sauce (RM 20). Bones and fatty meat. 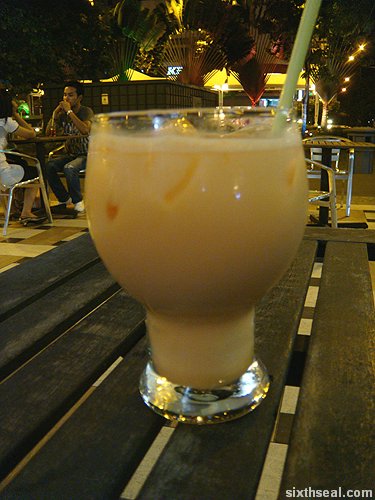 This is Orange Juice (RM 7). Watered down and diluted. 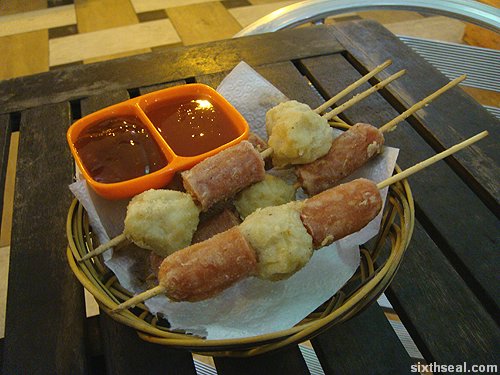 This is Fried Lok-Lok (RM 4). Over fried and tasteless. 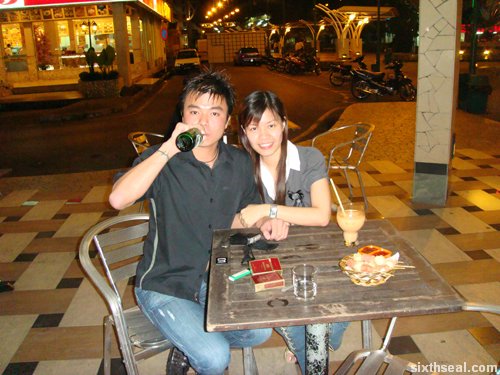 This is Autumn (RM Priceless). Delicious! 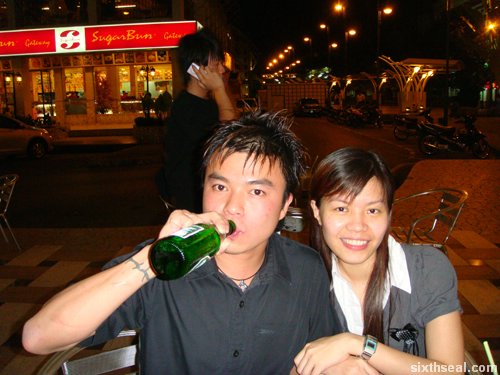 It’s the only dish I had that was absolutely fabulous. 😉