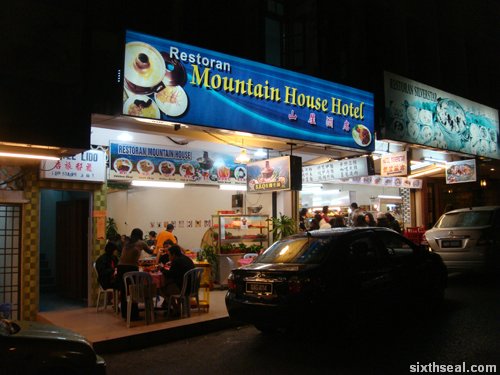 A trip to Cameron Highlands would not be complete without the obligatory yin yang steamboat dinner, since the ambient temperature and wind chill factor can be pretty cold at night. We went southbound to Brinchang instead of Tanah Rata but it turns out that both towns were equally packed with tourists. 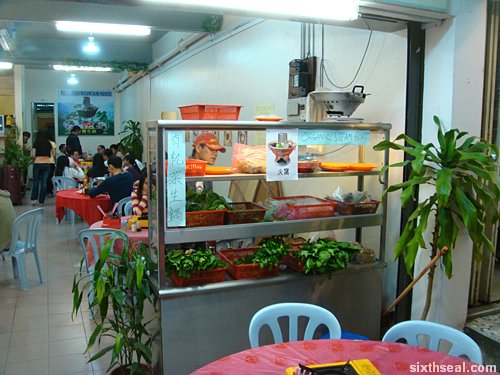 There are a lot of places offering steamboat dinners, most of them yin yang style – so called due to the two different broths and the similarity to the symbol of good and evil. We went to Restaurant Mountain House Hotel, which offers “organic” steamboat priced at RM 16 per head. 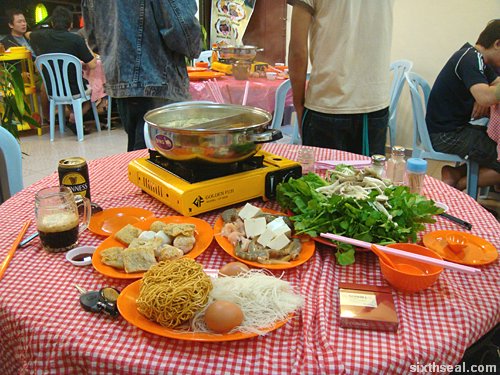 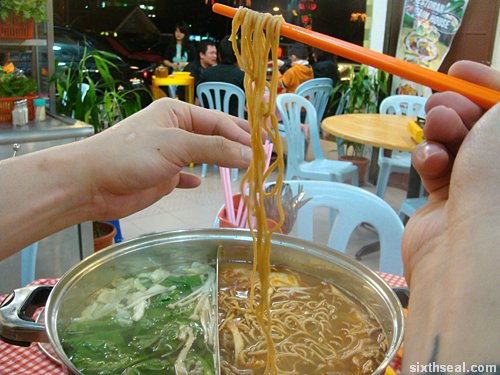 The yin yang steamboat consists of a chicken broth and a tom yam broth – it’s usually a mild broth with a spicy broth, keeping with the themes of absolute good and absolute evil. Exhibit A above shows the patented sixthseal.com method of ensuring your noodles are cooked.

1. Use your chopsticks to snag some noodles.
2. Apply pressure to the noodles with your fingernails.
3. It needs to be slightly soggier than al dente – you’ll get a feel for it (pun not intended) the more you do it.

It was originally invented a good 17 years ago by yours truly, intended to gauge whether instant noodles are ready to eat when I started cooking Maggi at 10. 🙂 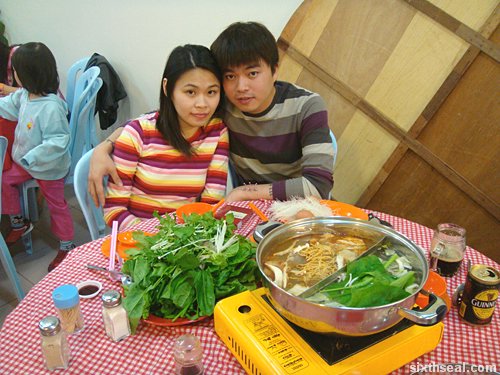 This photo is making the post look dated – I went to Cameron Highlands with my ex last month, but never got around to posting it until today due to a massive backlog of posts. Quickly switching subjects, the vegetables in Cameron Highlands comes in the most vibrant shade of green I have ever seen! 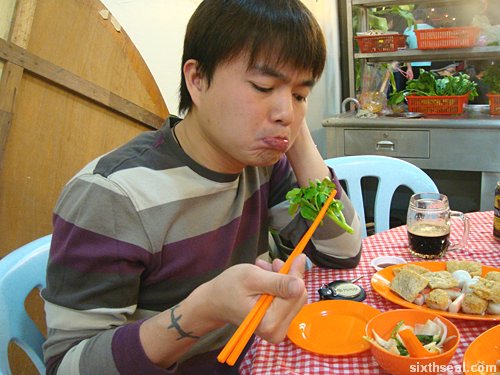