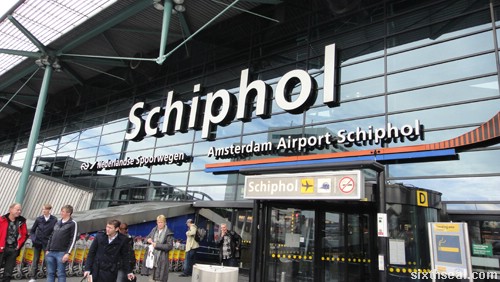 Schiphol airport in Amsterdam is one of the few that has an actual casino inside the boarding area. I was flying back to London and decided to spend part of my remaining Euros at the tables since I had nothing better to do. 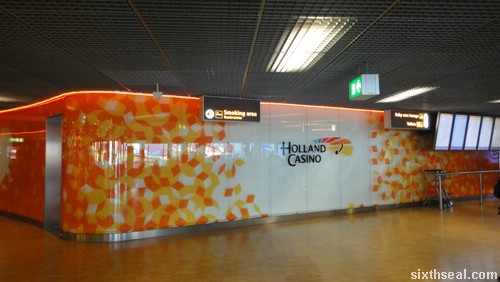 I just had a buy in of Euro 40 and logic dictates that I put everything on a single number if I wanted to have a chance to win back the loss in London. Unfortunately, logic wasn’t working very well due to one last trip to the coffeeshop before heading to the airport.

I put Euro 5 on the number 29 (my age). I was the only one at the table and was just playing for fun, having partially forgotten the loss. On the very first spin, the ball dropped on… 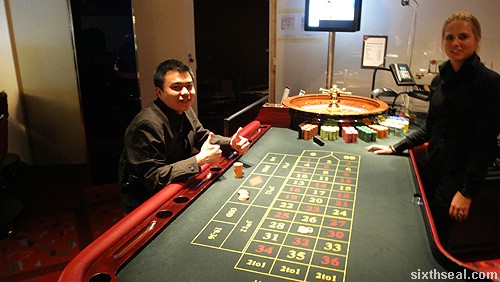 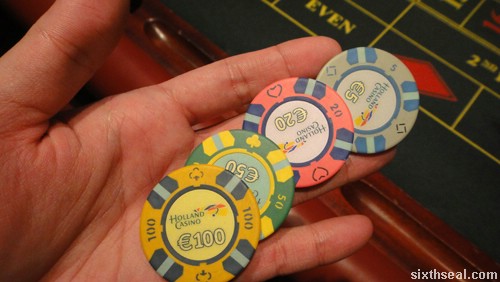 Jesus Christ. If I had my wits with me, I would have dropped all Euro 40 on a single number since that’s how I usually bet. 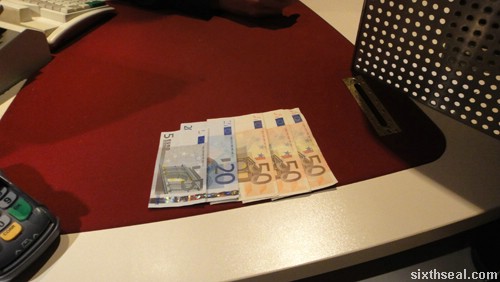 It would have netted me a cool Euro 1,400 which would have covered all my losses in London. >.< BTW, this is the first casino I've seen that allows photography. 🙂

15 thoughts on “The Schiphol Snafu”