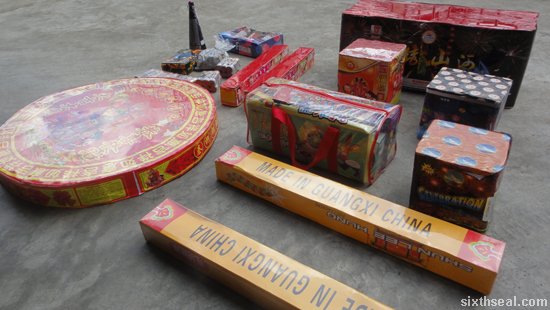 Setting out the fireworks and firecrackers for tonight to dry out in the afternoon sun for the last time. Yes, this actually has a logical basis behind it. I’ll explain some other time. Heh.

Went to see Ah Beng The Movie – a Malaysian production. It’s a Chinese New Year movie, wanted to catch one before the reunion dinner later. Anyway, the ticketing counter wrote Cineplex 2 on the stub and we waited until 3:10 pm and finally went to ask at the counter if the movie’s starting.

It turns out it was at Cineplex 3. The person made a mistake. I complained and the person at the counter gave us RM 7 tickets instead of RM 9 – got RM 2 each back and got the RM 7 “movie night” tickets instead. I was pissed off coz I hate missing the start of movies but that’s the best they could do. Oh well, that’s Sibu for you.

It’s CNY eve so it was good to catch a CNY movie. 🙂

I’m about to head out for the extended family reunion dinner. I’m bringing some Chinese firecrackers along, it’s a tradition to let it off before the dinner. I can hear my neighbors already – the sound of firecrackers going off is almost unbroken, everyone starts burning the long Chinese fireworks before the CNY eve dinner.

My dad filmed me playing with this old skool traditional triangle shaped fireworks. It’s called Judas Belt in the Philippines when it’s in a long string, but we get single ones over here – the Chinese name translates to “triangle firecrackers”. I do not recommend you play with firecrackers like I do, I’m actually pretty blase about these things coz I’ve been letting them off for as long as I can remember.

The video is actually quite funny, you can hear my dad’s commentary. Heh. 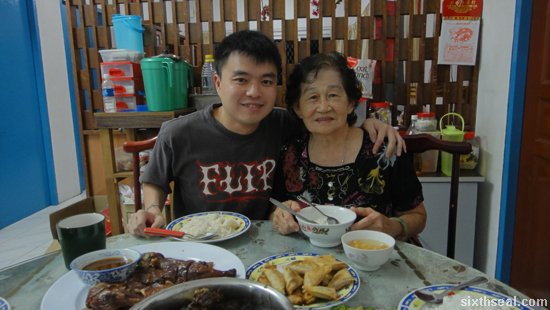 The Chinese New Year eve reunion dinner! This is my grandma. I really like her. She’s one of those people that’s cheerful and jovial against all odds. Always love spending time with her when I’m back.

We’re Heng Huas and one cultural thing about the CNY eve dinner is that we don’t eat rice. We eat longevity noodles tossed with lard. It’s not the Foochow type where you eat it in soup – that’s actually totally not cool with Heng Huas coz eating soup during the reunion dinner is supposed to make it rain. 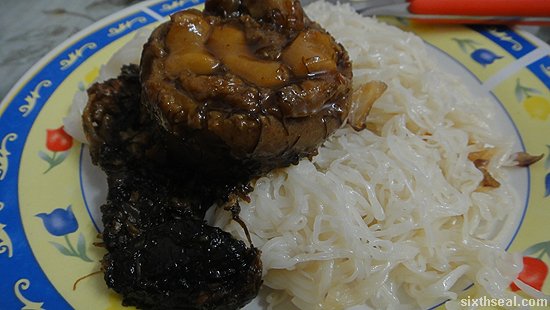 Heng Huas eat dry longevity noodles tossed with lard and some deep fried shallots for the reunion dinner. I love the stuff, it’s very flavorful and tastes good with the dishes. That’s one of my favorite on the plate – braised pork with fatt choy (it’s a type of bacteria, seriously).