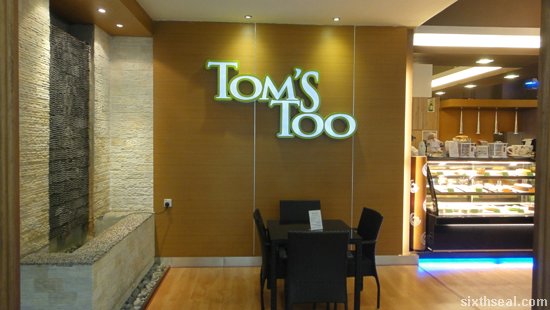 I returned to Tom’s Too for lunch a couple of days ago with a friend. She hasn’t been there before and I wanted her to try the food here. It’s just my second time eating here too and I was eager to check out more of their offerings. 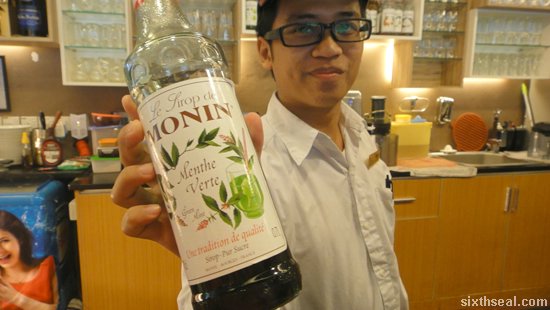 Tom’s Too has a range of Italian sodas and I asked Charles (one of the best waiters there – speaks good English and friendly) to show me what they were made of. It’s apparently just syrup from a wide range of flavors mixed with soda water. 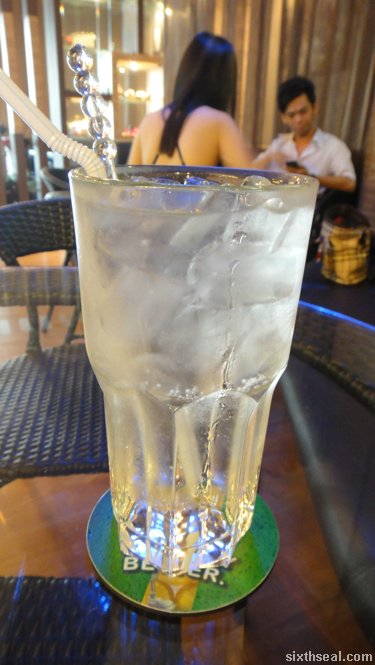 I had the Butterscotch Italian Soda (RM 8.90) which came in a clear, sparkling liquid. It *did* indeed taste like butterscotch, and reminds me of the old flavored soda fountains of old. I’m kidding, I wasn’t even born when those were around. 😉 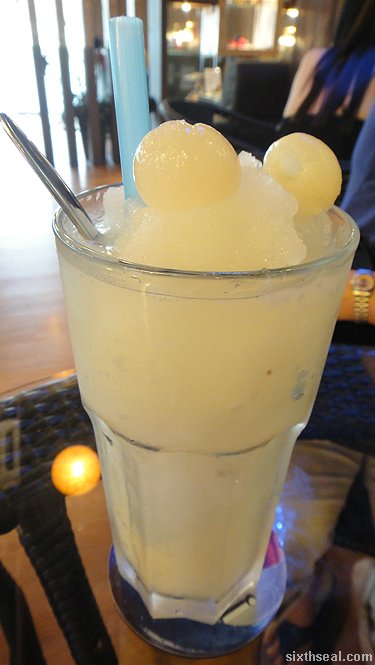 My friend has Tom’s Freeze (RM 9.90) – a house specialty concoction that features lychees as its main ingredient. She said it was good. I don’t know, I don’t like lychees. You know those old Chinese banquet dinners that serves lychees with peaches in ice as dessert? I only ate the peaches. 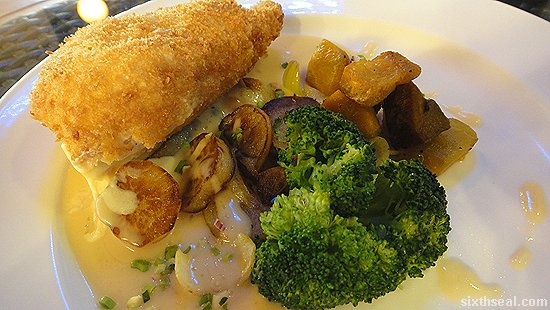 We both shared the recommendations for mains – she has the Chicken Cordon Bleu (RM 27.50) which was quite good. The chicken was done well and has a slice of ham inside and lots of oozing cheese. 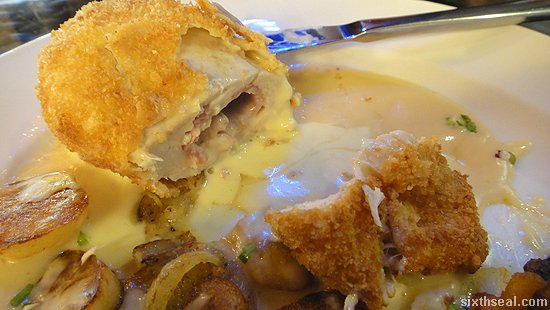 They used breast meat – Chicken Cordon Bleu is supposed to use boneless breast meat – not exactly my favorite cut from our favorite poultry but I rather enjoyed it. I’m pretty sure I ate more than my fair share. 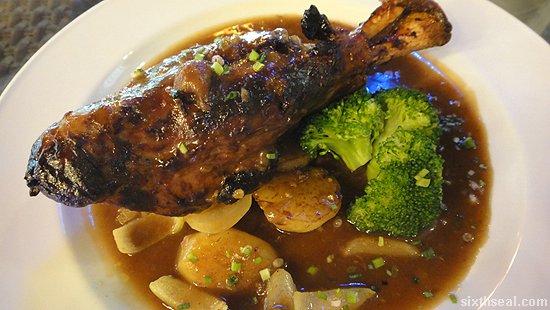 The other main we had was the Lamb Shank (RM 32.50). I’ve beard people telling me that it wasn’t so great – complains ranged from it being too tough to not having mashed potatoes to go with it but I found it delicious. The meat is tender on the inside and my only regret it… 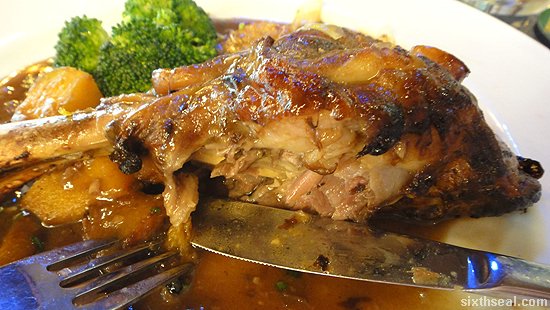 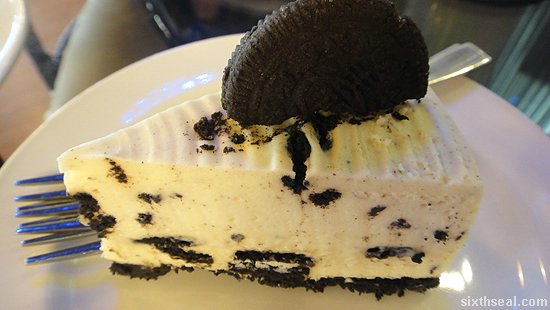 Dessert was a slice of Oreo cheesecake (RM 11.90) from their counter deli. It’s pretty good for Sibu standards, but I wouldn’t write home about it, I’ve had better. 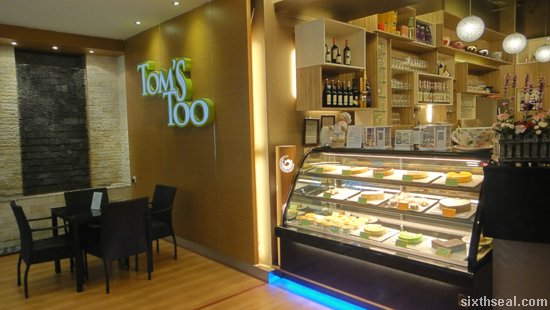 A great meal nevertheless and we ended up talking (or I ended up talking) so much that it was nearly 3 pm when we were done. The meal cost about RM 100 and my friend insisted on picking up the bill. Thanks for lunch! 🙂