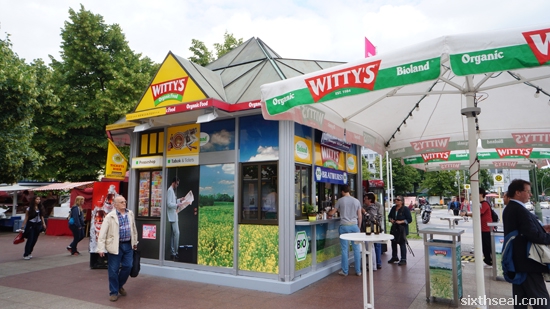 You’ve gotta try this when you’re in Berlin! The word “curry” in currywurst might make it sound like it’s not an authentic German dish but it’s 100% from Berlin. It was invented in 1949 according to Wikipedia by a lady called Herta Heuwer.

The Volkwagen Autostadt in Wolfsburg produces it’s own currywurst but but we unfortunately did not manage to try it coz it was raining heavily and we had a train to catch. 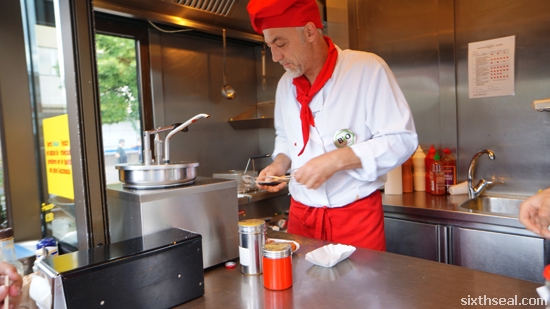 Thus, we had the one in Berlin – it’s a takeaway food and currywurst is made of pork sausages drowned in ketchup and a healthy sprinkling of curry powder before being cut into slices. The proprietor told me that the steamed currywurst originates from the former East Berlin while the currywurst that’s steamed, dipped in batter and fried are from the former West Berlin. 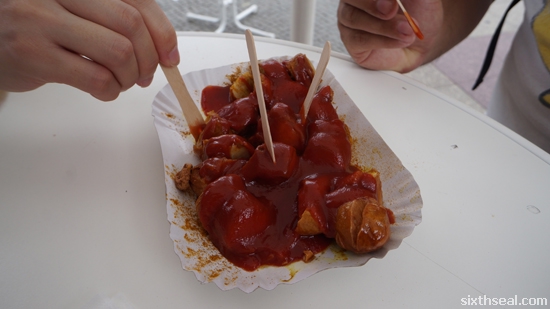 I tried both and I preferred the ones without the skin. It’s delicious, I was really full from lunch but ate both types anyway and despite being a tad salty (which is really something coming from me), it was absolutely fabulous! 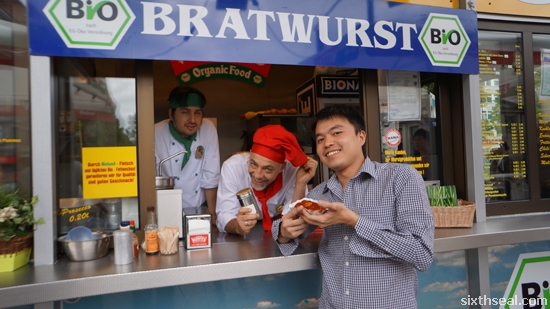 It’s one of those local snacks that you just have to try. It’s sweet, tangy and salty – the Germans make good sausages. The currywurst stand in Berlin that we went to serves organic pork sausages for 3.30 Euros. 🙂

16 thoughts on “Currywurst in Berlin”