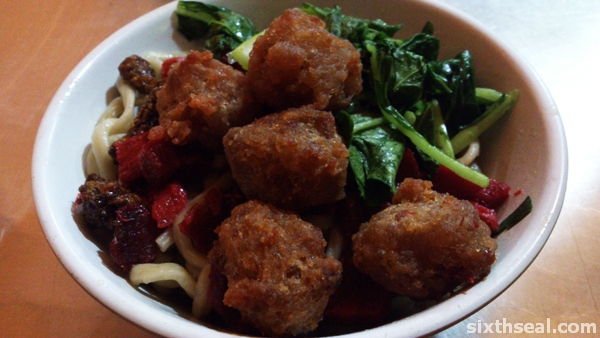 Bakmi literally means meat noodles and despite the Muslim majority capital of Indonesia, there are shops which caters for people who wants a dose of porcine goodness. One of these is located in Mangga Besar – a quirky name which means “big mango” (a tropical variant of the Big Apple ;)).

Bakmi Ahau claims to have been around since 1962 – that’s a good 50 years (!!!) of operation. It’s still situated in a dingy stall right by the roadside but that’s part of the appeal. If the claims are true (or if the date is based on the Muslim calendar, which produces its peculiar brand of irony) it means that they must serve a really good bowl of bakmi babi (pork noodles)… 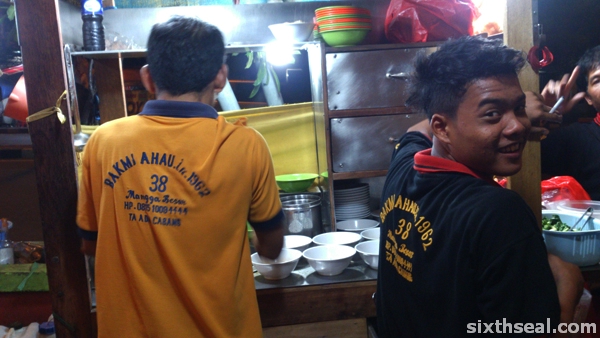 …and I can attest to that!

It has been around for a couple of years at least, a friend of mine brought me here to eat a very late supper when I was in Jakarta. The place was packed even though it was way past midnight. 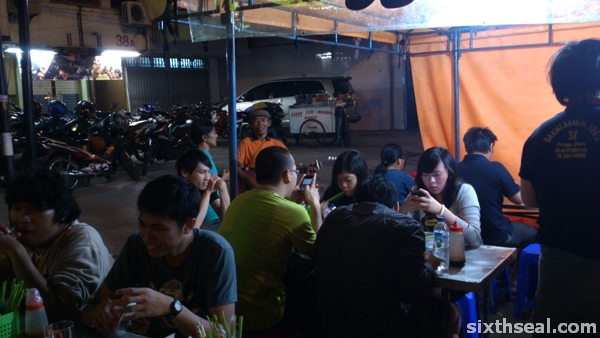 The bakso (that’s meatballs) accompanying the bakmi here is made with pork and it’s deep fried before being served, producing a crunchiness that goes very well with the juicy pork meatballs. They don’t skimp on the meat – there’s just a thin coating of batter on top. I reckon it’s the deep fried bakso that makes this stall stand out. 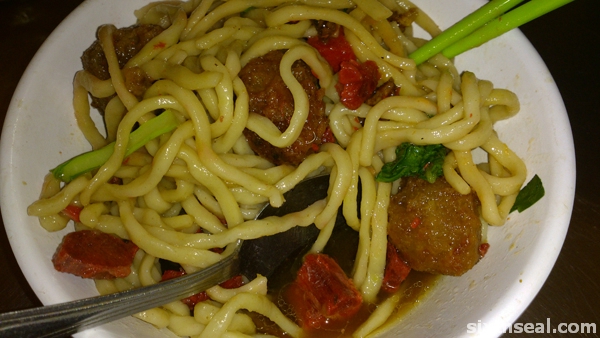 The noodles are also tossed with lard and there’s bit of char siew (barbecued pork) and deep fried pork skin to go with it. It’s also not fully “dry” – almost a quarter of the dish is filled with the seasoning gravy (or bumbu) which is a mixture of lard, soy sauce, and other things the workers are reluctant to divulge. 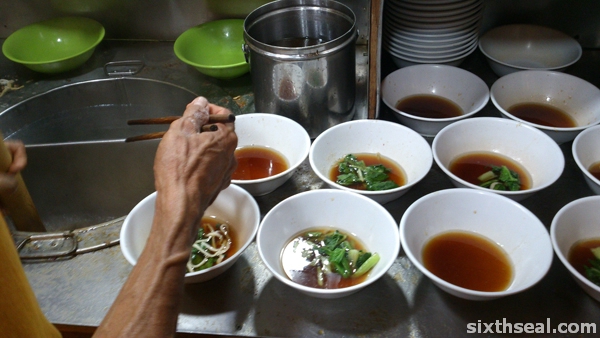 However, it is 100% goodness! I have had a lot of pork noodle dishes and this is one of the times where it stood out in my mind. The bakmi in Mangga Besar is just one stall in a long chain but you can find it from the distinctive t-shirts that they wear. 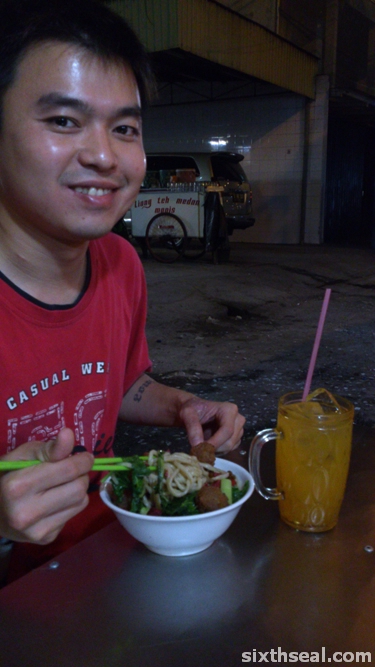 A large bowl of pork bakmi with extra bakso with a glass of iced jeruk (local Mandarin orange juice) from the stall beside just cost under 20,000 rupiah (about RM 6) – a nice break if you want something other than chicken in Jakarta. A mean and delicious dish of authentic roadside bakmi at a price that’s hard to beat.

10 thoughts on “Bakmi babi in Jakarta”