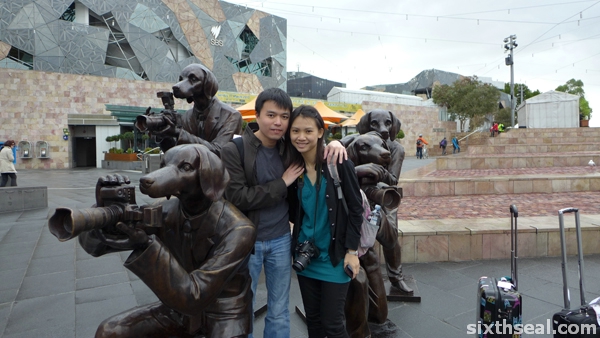 a.k.a. Huai Ling goes to Melbourne.

Our flight was a really interesting one – there was a bit of a commotion when it landed coz someone was apparently sick in the plane and no one could leave. 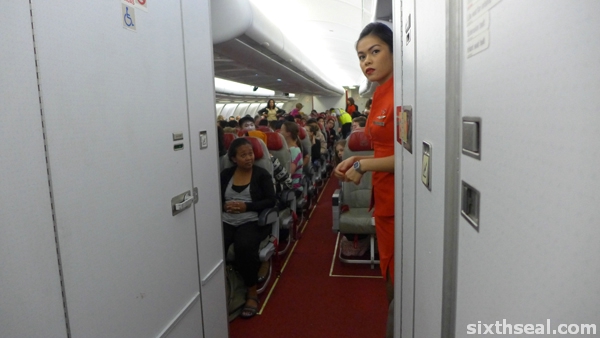 It was boarded by health and quarantine officials before everyone was let out. The original arrival time is just after midnight so I had planned to stay at Tullamarine since it’ll be almost 2 am by the time we clear customs and immigration. Tullamarine is where Melbourne International Airport is and I reckon we’ll just crash there and head down to the city the next morning. I did have it in my mind to check out sites like https://buymelbourneapartments.com.au/ while I waited. I know how desirable that city is so I know what to expect. It’s going to cost a lot.

I asked for airport transfer (which was complimentary) but for some reason we didn’t see the motel shuttle. We stayed at Ciloms Airport Lodge Motel (about USD 130++ per night) and since it’s just 0.5 km from the airport, I hailed a cab instead. 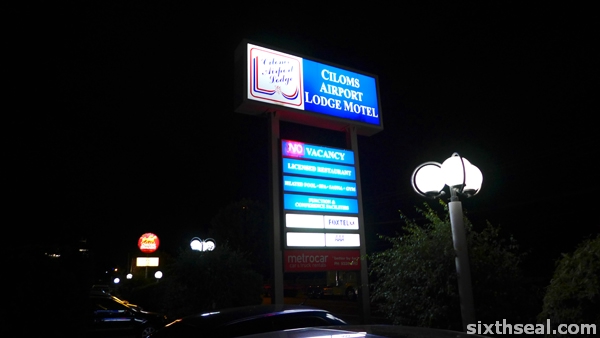 The taxi driver was Indian/Sri Lankan (as is the trend in Melbourne) and really didn’t want to go for the short time. It was a crazy ride that had Ling fearing she would die in Melbourne. Haha!

Anyway, we reached the hotel with all of our appendages more or less intact and the fare was AUD 15. My smallest denomination was AUD 50 and the taxi driver couldn’t make change and finally gave us AUD 40 – a AUD 5 saving, at the risk of life and limb. 😉

We walked into the motel and discovered that there was no one at reception. -_-

Luckily, there’s a 1800 free phone number listed and a pay phone beside the counter so I called and the person who answered said he’ll be coming in 5 minutes. 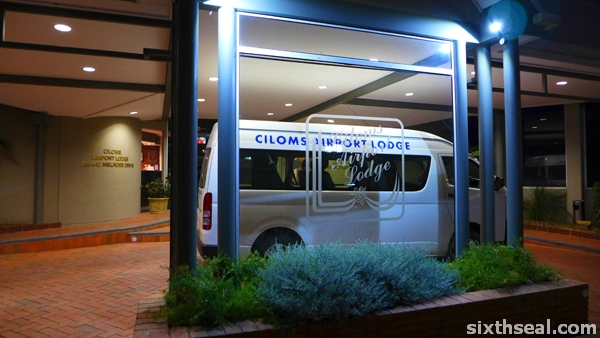 5 minutes later, a shuttle pulled in loaded with Malay passengers from the exact same flight as ours. It was a free service that we didn’t see. 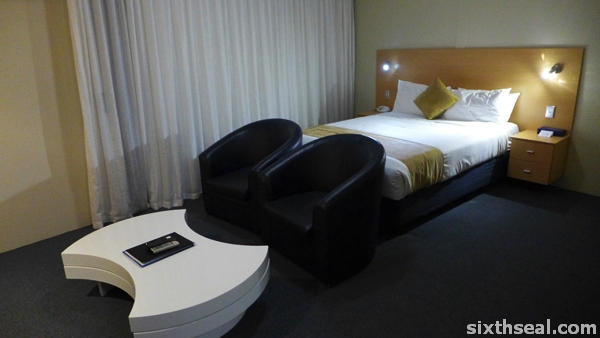 Ciloms Airport Lodge is pretty decent – the other option is Ibis Budget, which is really crap. Our room even had a spa! 😀 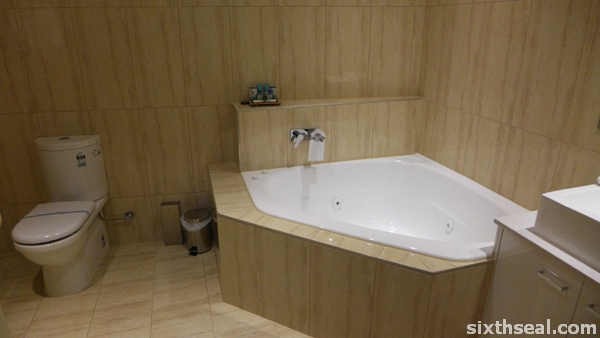 We didn’t use it though, there really wasn’t enough time. 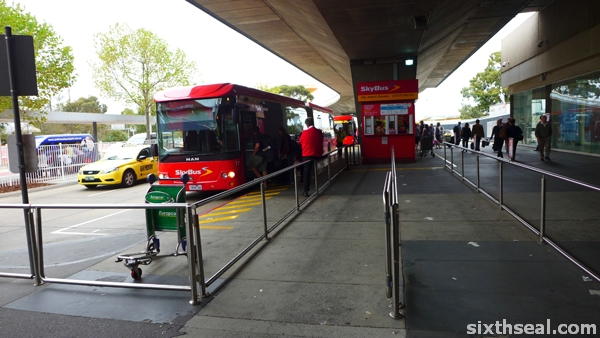 The next day, we took the complimentary shuttle back to the airport and caught the SkyBus for AUD 19 each. 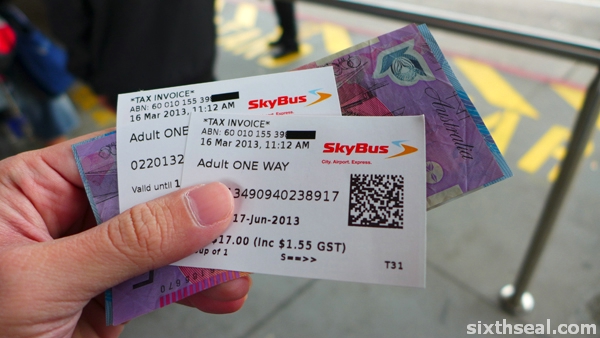 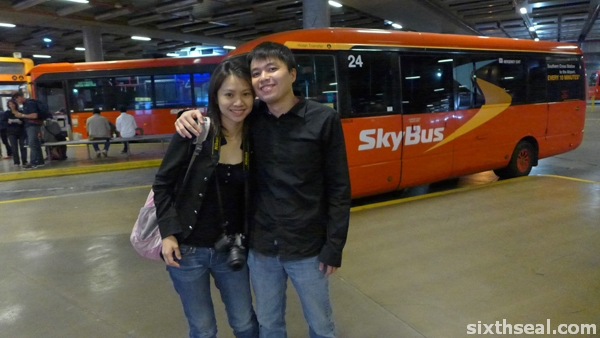 The SkyBus took us to Southern Cross Station where we took another SkyBus shuttle – the SkyBus Hotel Transfer is a feeder service that they run for free. 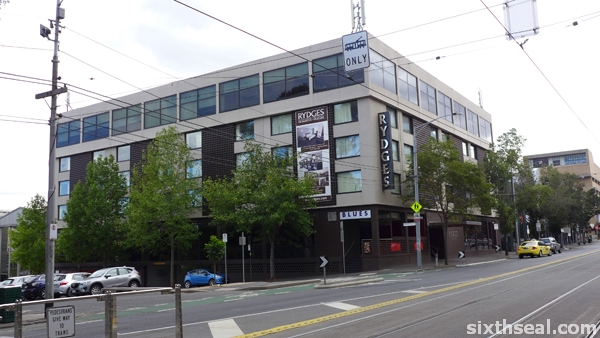 Our destination was Rydges on Swanston, which is right in the middle of town 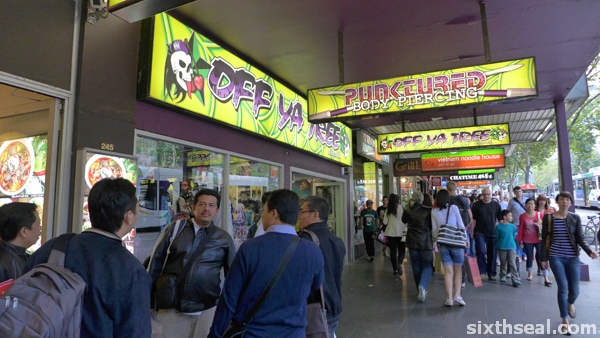 I noticed that Off Ya Tree is still around. It’s a headshop (called a smartshop in Amsterdam) that sells all sorts of stuff from blunt wrappers to Ecstasy test kits. 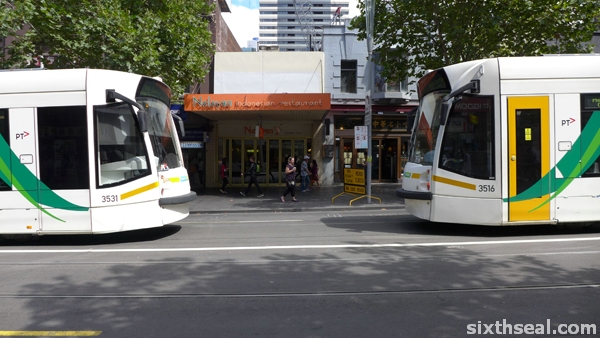 I also remember some very familiar shops like Nelayan and Club X. 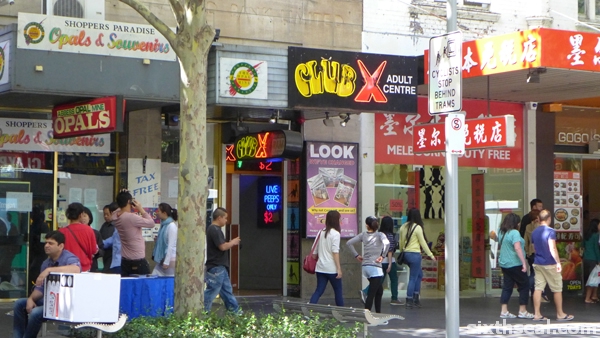 Their sex peep-shows are still AUD 2! It seems to be recession proof. 😉 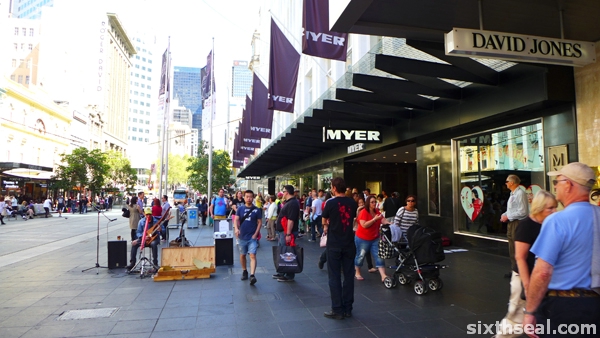 I showed Ling the big Myer in the city. It’s to Melbourne what Harrods is to London. 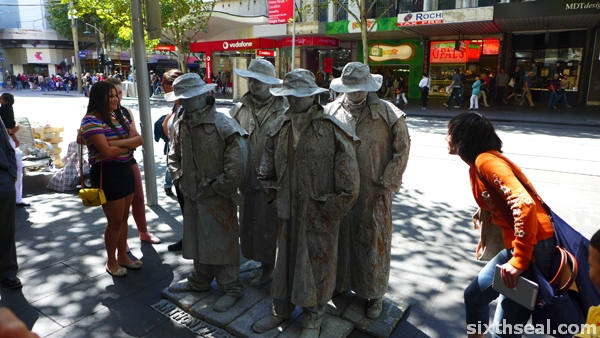 There were still plenty of buskers around – the really popular ones are still the painted statues which I’ve seen 10 years ago when I was studying in Melbourne. 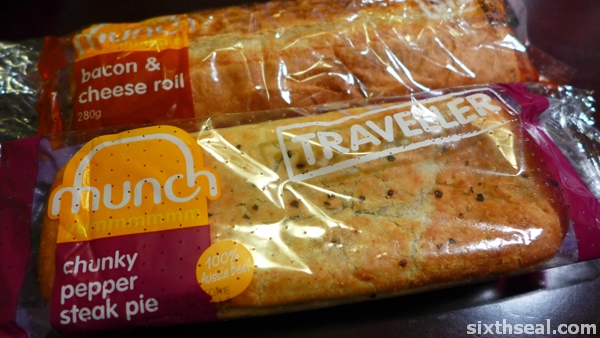 We had breakfast at Hardware Lane (more about that later) and got pies for dinner. There’s a Chunky Pepper Steak Pie and a Bacon & Cheese Roll. 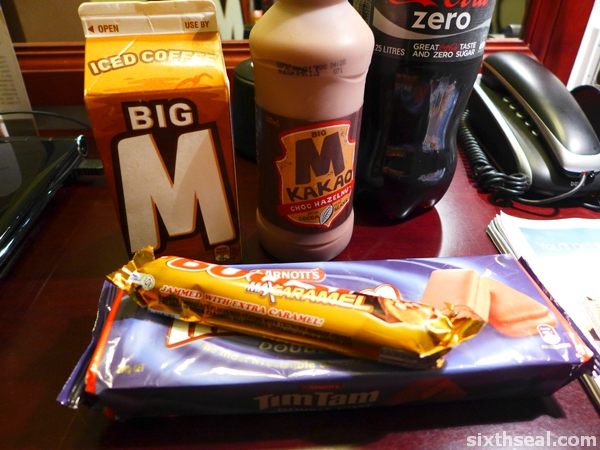 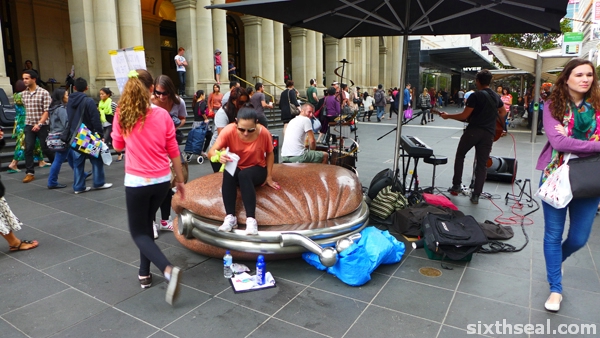 The prices are really cheap if you don’t convert. The next day, we headed to Phillip Island via V/Line (a bus servicing outlying areas in Victoria). 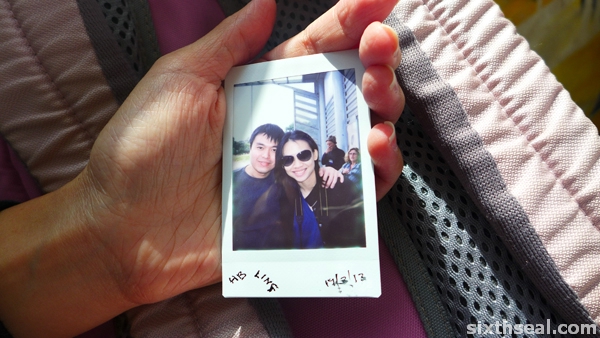 44 thoughts on “Our trip to Melbourne”