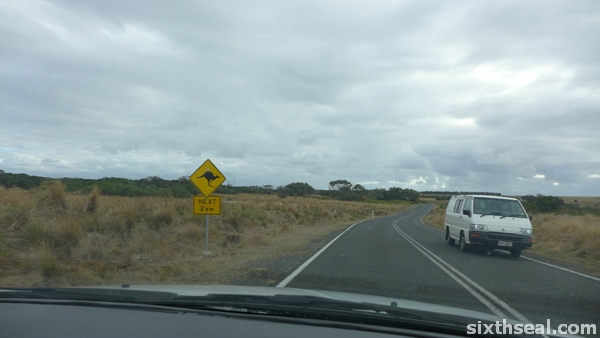 This is where we headed on our second day in Melbourne, Victoria. We headed out of the city to see penguins! 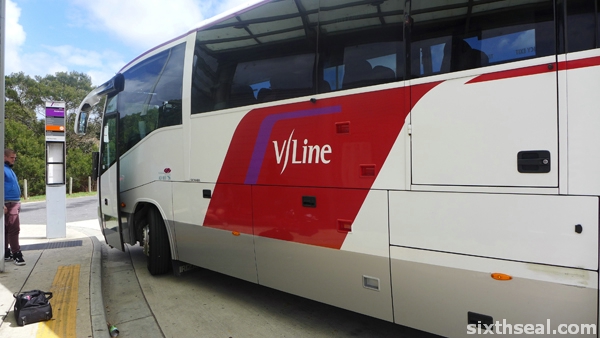 It’s essential to have a car when you go to Phillip Island. The attractions are all spread out and the famed Melbourne public transport system does not extend that far. The V/Line bus will drop you at Cowes – it’s the main in Phillip Island. 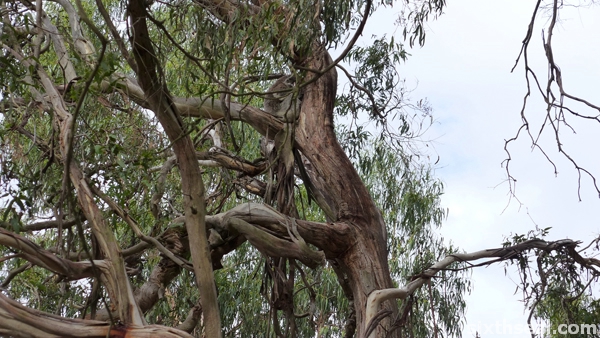 A lot of people think Phillip Island is all about penguins. That’s the most famous attraction but there are other things to see too. 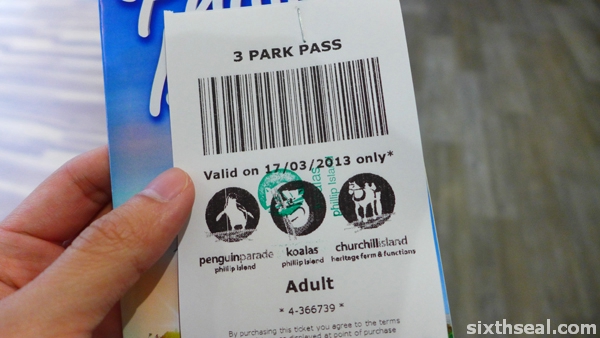 Ling got an iVenture card which allows us to choose 5 different attractions for AUD 130. One if them is a 3 parks pass in Phillip Island (includes Penguin Parade). 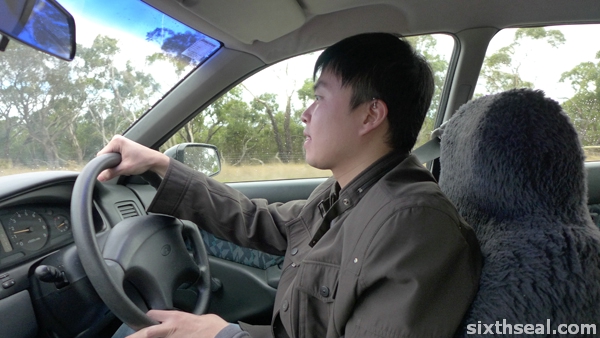 I recommend you drive down from Melbourne though – it only takes about 90 minutes by car but the V/Line coach takes 3-5 hours, depending on whether the bus is direct or stops at stations along the way. The direct route starts from Dandenong and stops at Anderson and Koo Wee Rup. 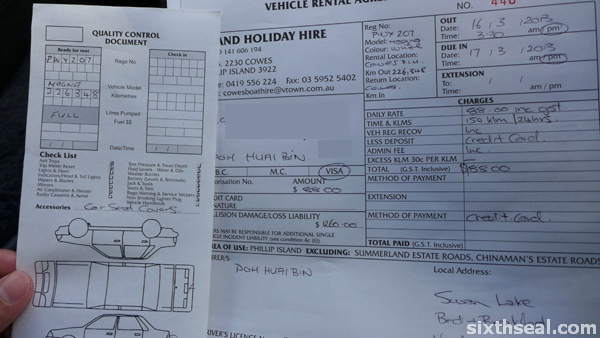 The car was only registered under my name as the driver though. You only need a valid credit card and driver’s licence. There also might be restrictions to where you can drive – check out the name of the excluded areas. Haha! 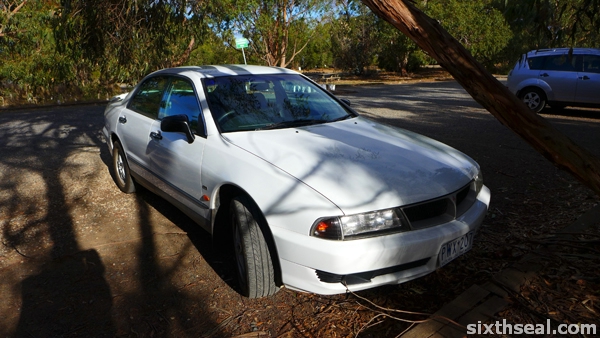 We rented a car for AUD 88 (about RM 300) per day. You can use your Malaysian driving licence over there. I drove most of the time and got Ling to drive too so she could say that she has driven in Melbourne (albeit at a car park in quiet Nobbies). 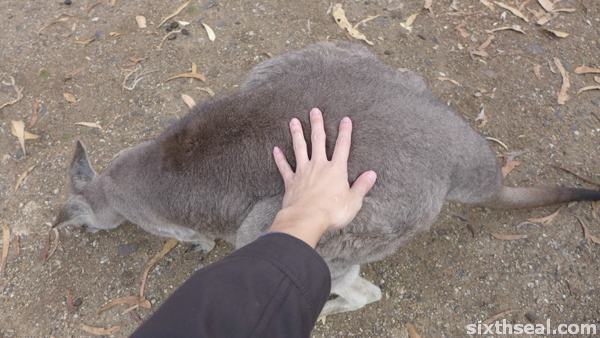 She wanted to see kangaroos so we drove to Wildlife Park. It’s a open range in Phillip Island and has wallabies and kangaroos which runs hops around you! 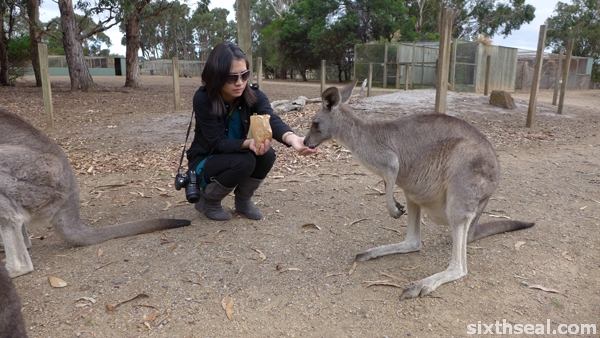 The wallaby and kangaroo population is very friendly. They’re used to humans around them and expect to be fed. The latter can be slightly aggressive when they see you and come hopping over to get fed while wallabies need a bit of coaxing. 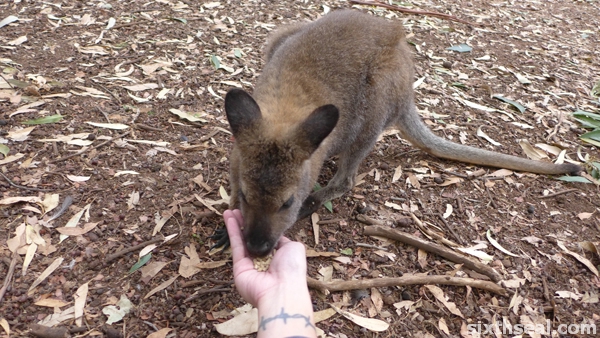 I reckon wallabies are shy by nature – I tried to get close to a wild wallaby in 2002 when I was studying in Melbourne but was unsuccessful. I got to feed a wallaby two years ago in 2011 though, but that was in a park as well. 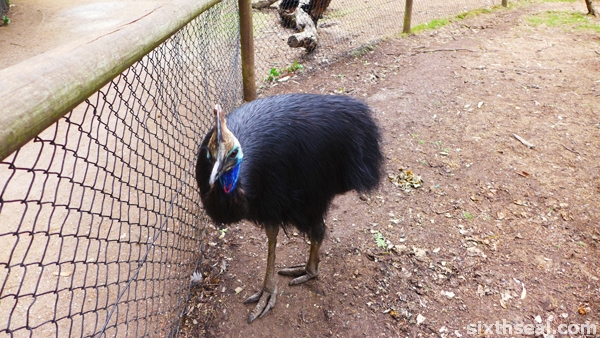 I took a video of me feeding it the cassowary. 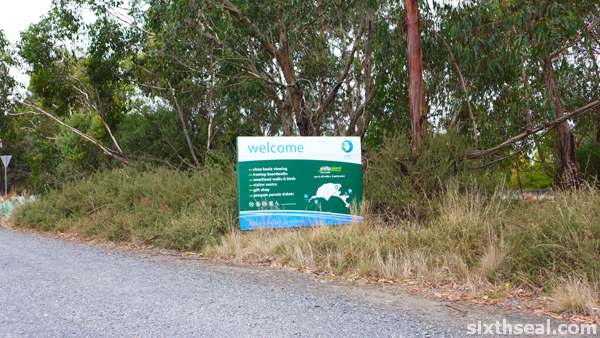 The Koala Conservation Center in Phillip Island isn’t anything to shout about. There are koalas in trees but most of them are sleeping. I think Ling expected to see more koalas but it’s actually quite hard to see large populations nowadays and you can’t pet them unless it’s in a zoo. 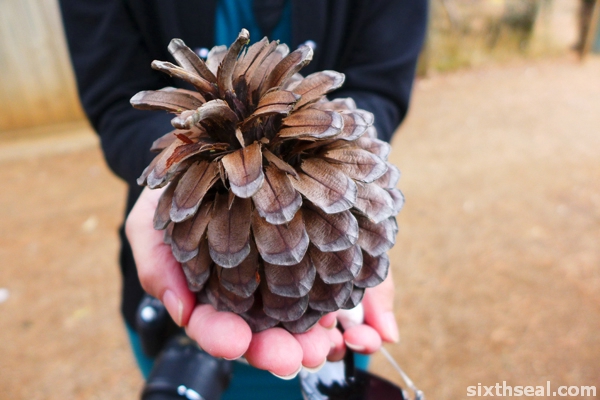 She was also apprehensive coz we passed a sign that said: Beware of Hidden Snakes! 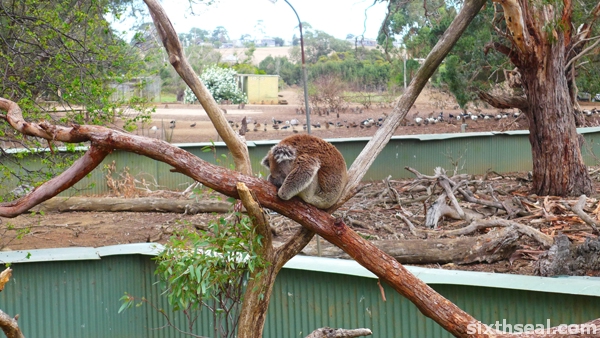 It’s probably the lowland copperhead (which is common in Phillip Island) instead of the eastern brown snake (3rd most venomous snake in the world – gotta look out for it in Melbourne). The latter is a highly aggressive snake while the lowland copperhead is pretty much harmless (most snakes avoid confrontation with humans) even though it’s also venomous. 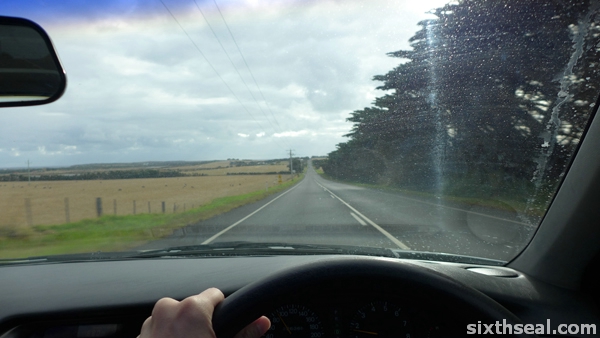 It doesn’t help that the trees are brown in color too and could easily hide an invisible snake. 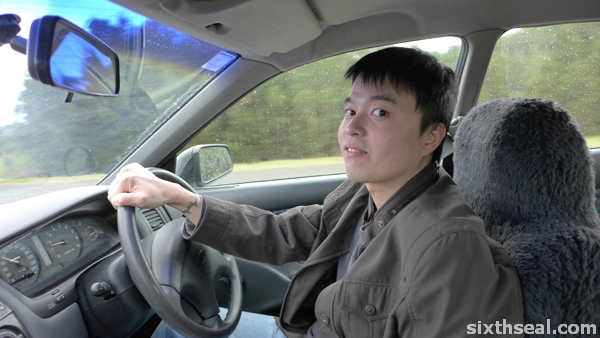 We spent a while at the koala park in Phillip Island, strolled through the new koala treetop walk, took a couple of photos and headed down to the Nobbies. I love that place so much, I’ll write about it in the next post, coz my camera battery ran out of juice and I had to use Ling’s phone to take photos. 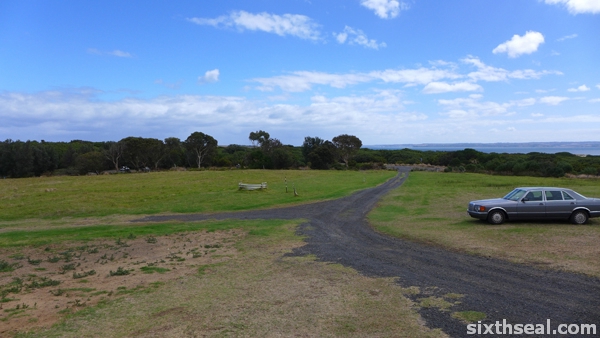 This is the view out of our honeymoon suite at a guest house there. Phillip Island is more than just the Penguin Parade. There’s a lot of things to do there, we stayed at a nice place and had a lot of fun. Most people just come for day trips so the population is predominantly island folks but if you stay, the hospitality is amazing! 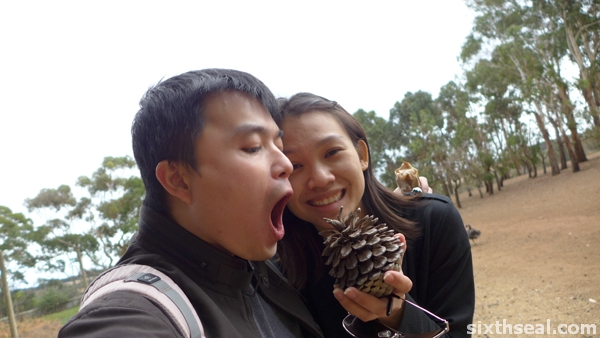 Just remember that you need a car to get around for food and attractions coz everything is far away and there are only a couple of taxis operating…on the entire island! 🙂