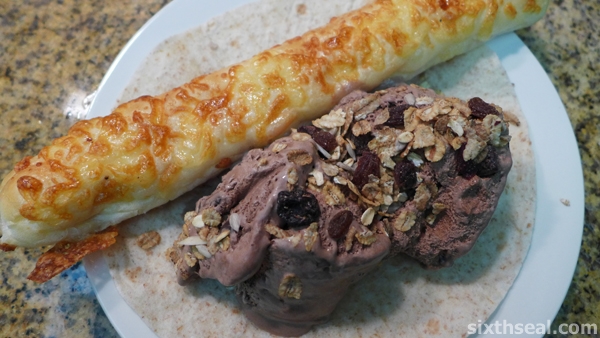 I made this sinfully delicious wrap for *breakfast* over the weekend. I just woke up and wanted to get something to eat. We went grocery shopping the night before and we always get a huge tub of ice cream before heading back. My dear picked this one: 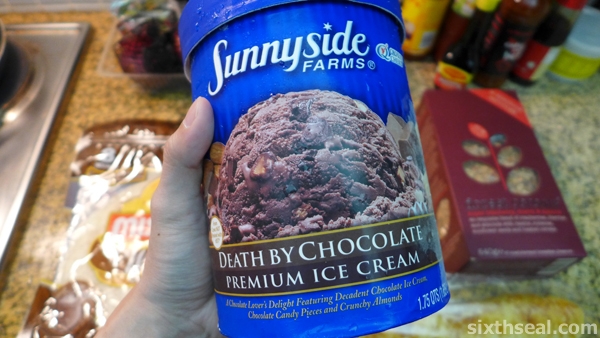 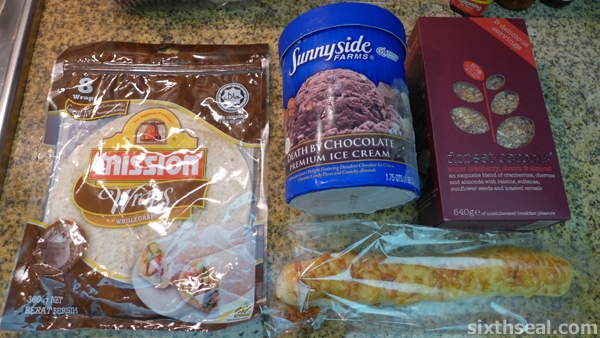 To make the Death by Chocolate Ultimate Breakfast Wrap, you will need:

The muesli is not just there to give it a healthy illusion – it actually tastes really yummy! It’s Dorset Cereals – 50% of the contents are fruit, nuts and seeds. I was eating the Super Cranberry, Cherry and & Almond – described as “an exquisite blend of cranberries, cherries and almonds with raisins, sultanas, sunflower seeds and toasted cereals”. It’s essential for the crunchy texture it provides! 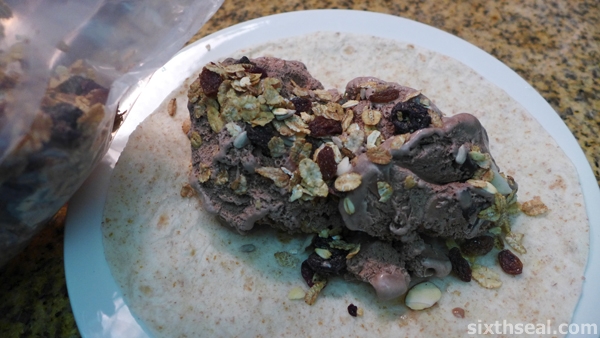 I also thought that putting a soft cheese stick (we got it from a bakery) would make this a more substantial meal since we’re going to share it. I was right since it was so good I think she ate more than her fair share.

I scooped out *almost a pint* of the Death by Chocolate ice cream into a tortilla wrap and sprinkled muesli on it before adding on the cheese stick. I couldn’t actually wrap it so we ate it like a soft taco. 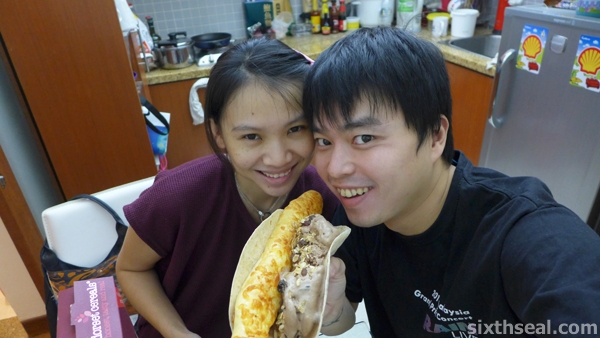 I had one bite and she had one bite and we started taking bigger and bigger bites and before long it was all gone. It’s coz we used so much ice cream in the wrap, it’s the exact opposite of the healthy Greek yoghurt sandwich I made. This one is absolutely delicious – so much so that it was devoured more than eaten. Haha! 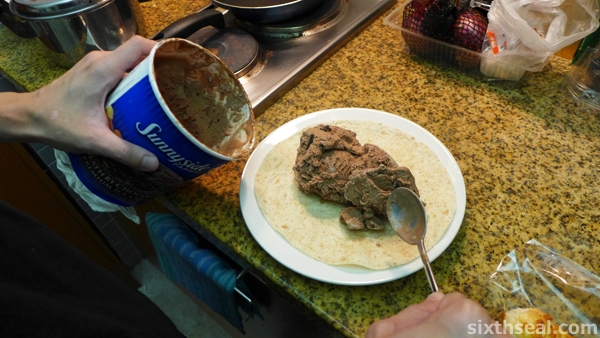 I gave her more though coz I know she really liked it. <3