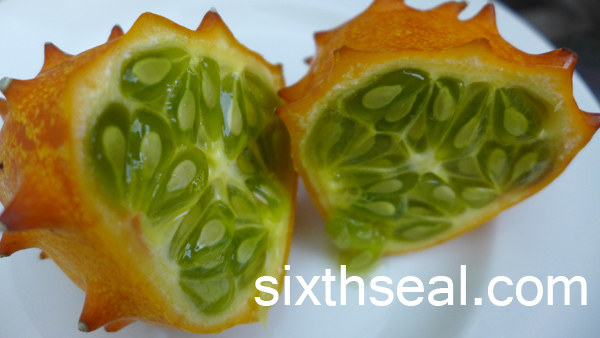 This is a RM 15 fruit we found at the grocery. The kiwano is also called a horned melon. It’s about the size of a kiwi – quite expensive for its size – and you’re supposed to eat it like one. I’ve never seen it in any other import specialty grocers so we got one to share. 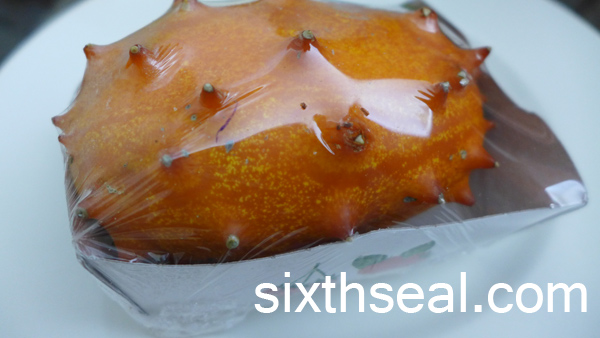 The kiwano fruit has lots of segments inside with seeds coated with jelly-like fruit and it tastes like cucumbers! 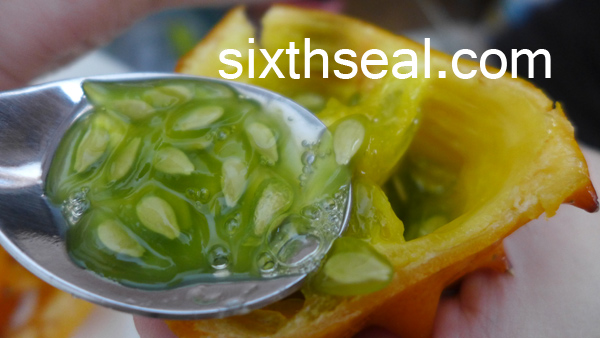 One of the most interesting fruits I’ve had to pleasure to eat – it’s like a refreshing *explosion* of clean, thirst quenching flavors in your mouth! 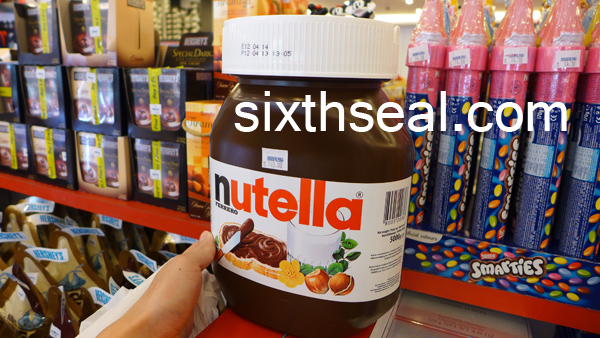 I eat a lot of Nutella and when I saw this in Langkawi (was there a couple of weeks ago and bought quite a bit of duty free goods) I couldn’t resist buying it. It’s 5,000 grams worth of Nutella in a huge plastic iconic container for just RM 145! 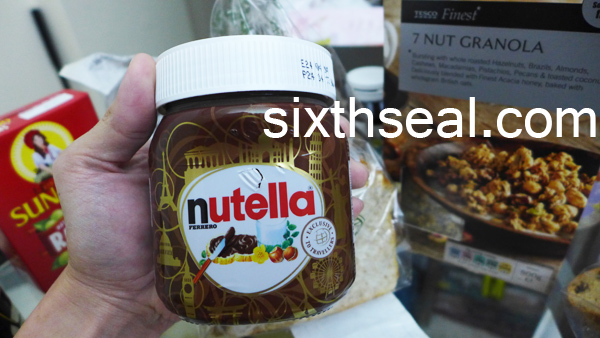 However, we decided we couldn’t lug that beast back and settled for the Traveler’s Edition of Nutella – which is made in Italy and not Australia! 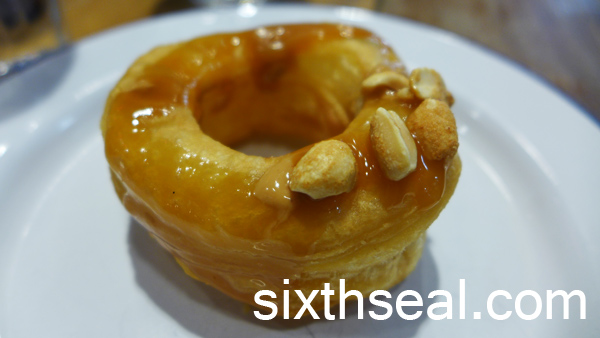 Yup, it’s a clone of the cronut. We actually had it way back in July at Dessert Storm. There was a RM 7 promo with three flavors – Peanut Butter and Caramel Klonut, Kaya & Coconut Klonut and Boysenberry Jam and Chocolate Klonut. 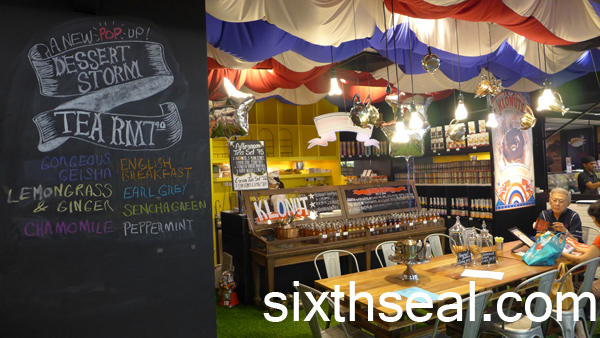 It’s pretty good but it’s not the beautiful offspring of a croissant and a donut. The recipe for the pastry is slightly different here. 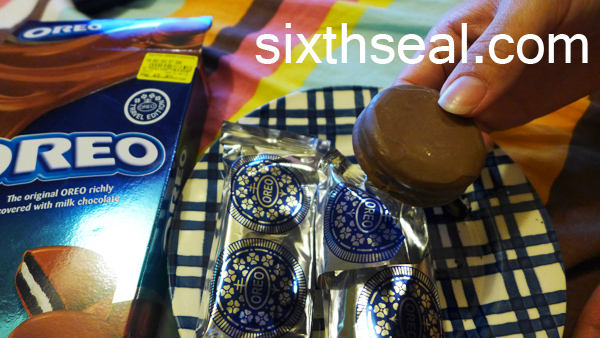 This is a travel exclusive that we opened up last month. It’s only sold in airports (and such places) and it’s basically an Oreo covered in chocolate! 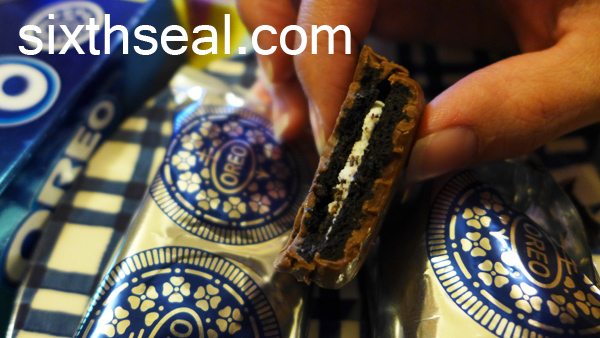 It’s made in Spain and delicious! I wish I had this when I did my own battered and deep fried Mars and other candy bars. 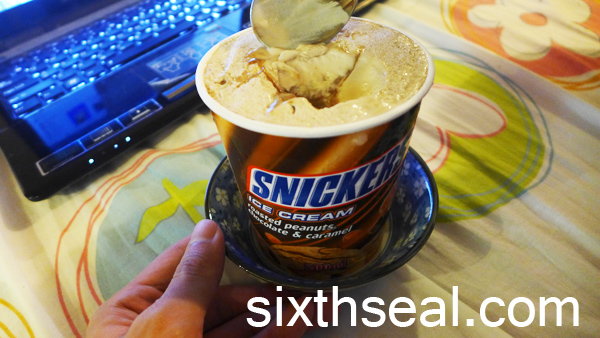 Got a pint of Snickers Ice Cream (from France) and finished it on the same day while watching movies at home. A pint isn’t really enough for us, and thus over the weekend… 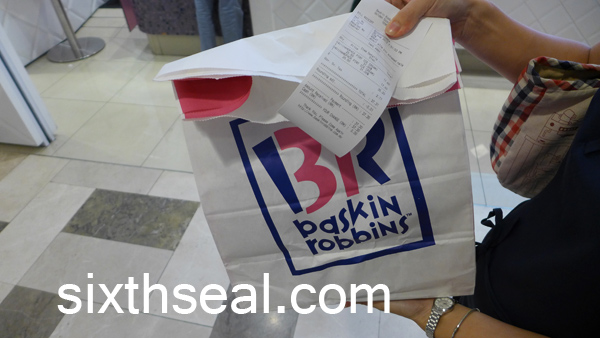 I got two pints during the weekend coz we eat a lot of ice cream. My better half chose Chocolate Mousse Royale and I chose Sweet & Salty. I don’t know what happened but the batch that day didn’t have *any* salty pretzel pieces (which is why I like the flavor). 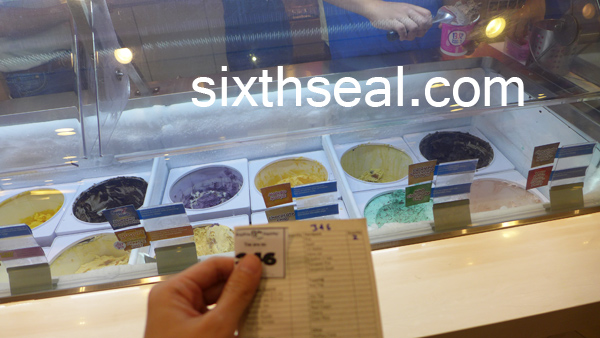 There’s only caramel in the ice cream – probably coz the outlet topped the newly opened box with some leftovers (which was also contaminated with the neighbouring Blueberry Pabba Cotta). I should have asked the servers to just get me the ones from the new box instead of that but they were too busy – the 31% discount days always seems to be a hectic mess for the staff. 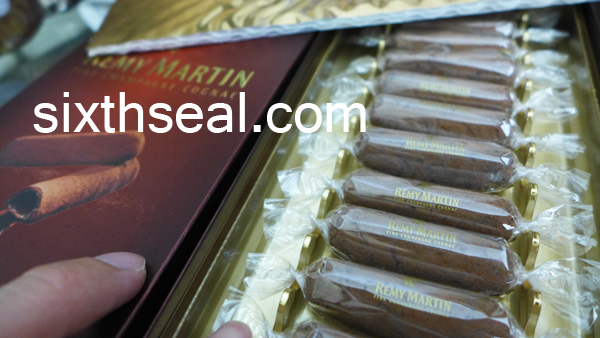 I bought this during our trip to Langkawi. I thought it was rather expensive at RM 34.50 for 15 chocolate sticks. This GOLDKENN product is certainly priced higher than the usual Anthon Berg bottle-shaped liquor chocolates… 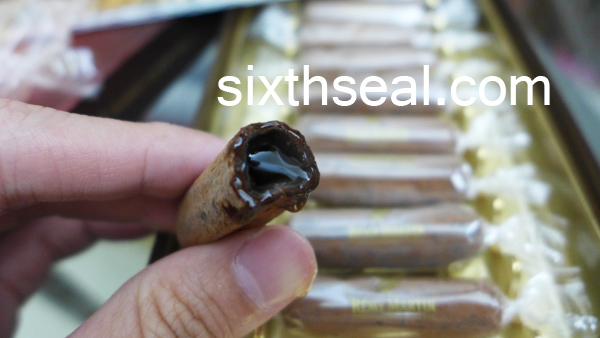 …but it tastes absolutely fabulous! The cocoa dusted chocolate sticks were filled with tangible cognac and it’s well worth the RM 2+ per bite price…and that’s duty free prices! 🙂 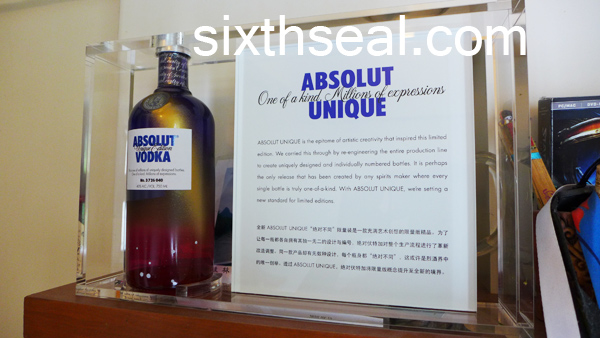 I also got this really awesome and cool looking Absolut Unique display plaque. I’ve seen the Absolut Unique bottles around for a while now – each time I travel, I saw quite a lot of different bottles with different serial numbers…and now I have a unique mounted one! 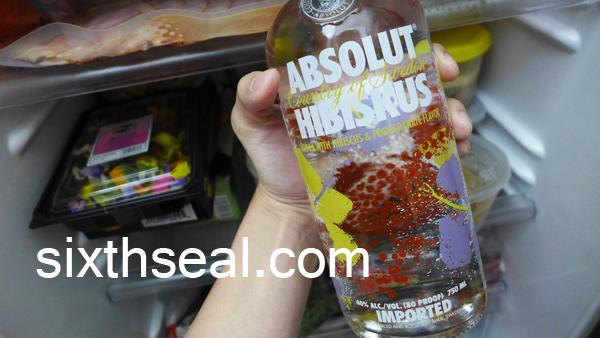 I also got a bottle of Absolut Hibiskus – it’s the first floral flavored vodka and it was launched in conjunction with Merdeka (Independence Day). The hibiscus is our national flower, geddit? 😀

It tastes good – am planning to make some cocktails with these, aptly with edible flowers (which you’re going to hear and see a lot more of). 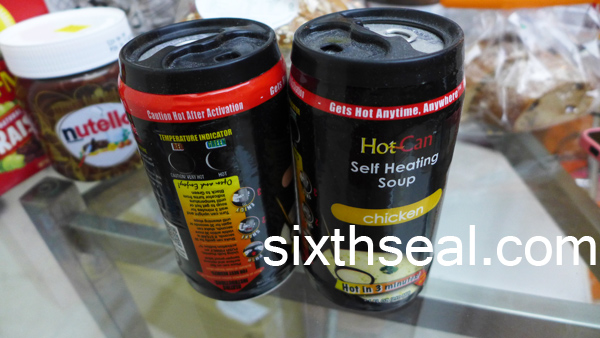 We had this for dinner last night! I got this earlier this year during one of our grocery shopping trips. I think there was a promotion for RM 14 for two cans. Each “can” of soup is the same size and shape as a regular soda can! 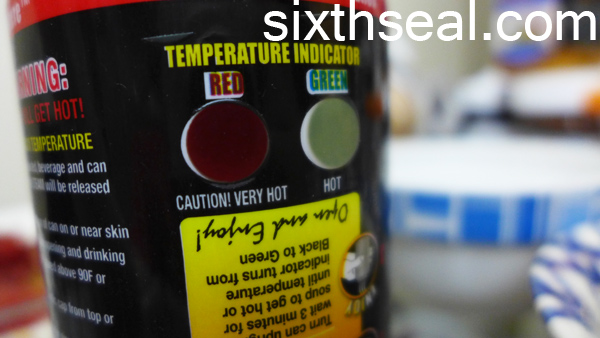 The interesting bit about this is the self-heating part – there’s chemicals at the bottom of the can which heats the can when pressed and activated. You have to shake it for 30 seconds and steam actually comes out of the unopened can (along with a distasteful chemical smell). 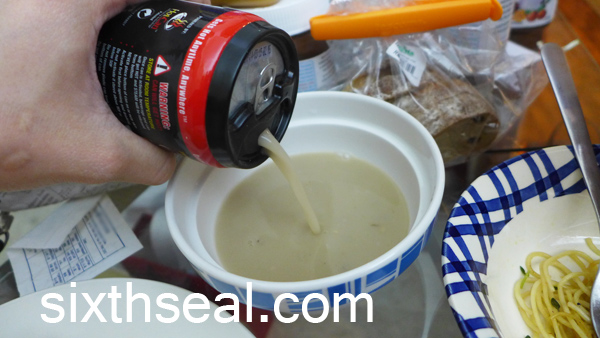 There’s a strip of indicator on the side which *changes color* according to temperature and you just open the can like a regular soft drink and drink it when it cools down. I thought it’s quite cool, just like the MRE (Meal, Ready to Eat – a military food rations kit) I got when I was in the Boy’s Brigade. Haha! 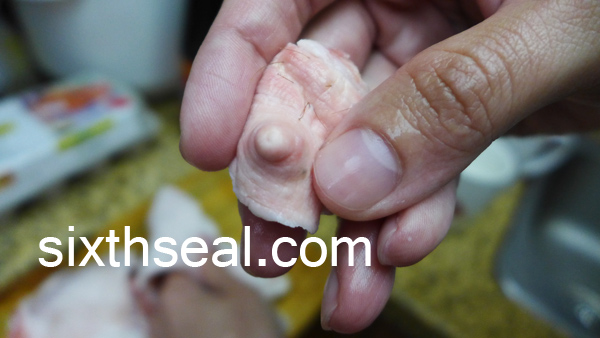 Yup, those are exactly what it looks like! It just came in a package for a super awesome secret cooking project that I did over the weekend! 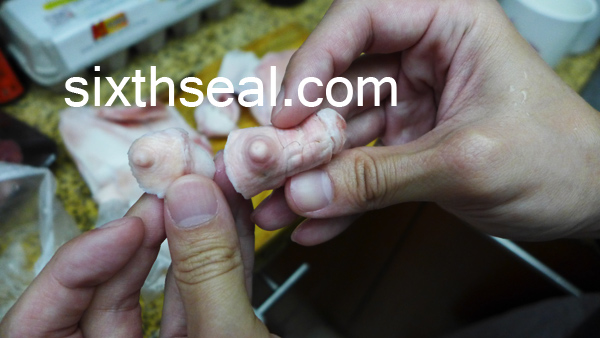 28 thoughts on “10 weird and wonderful things from last month”