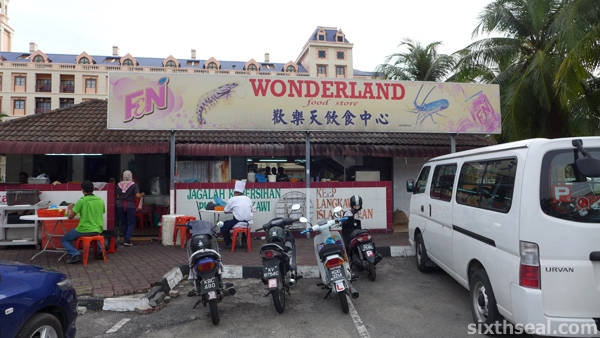 This is supposed to be one of the best seafood restaurants in town. I say this based solely on the fact that a lot of people like taxi drivers in Langkawi use it as a landmark/drop-off-point. Wonderland Food Store is just one of many seafood restaurants along the waterfront in town. 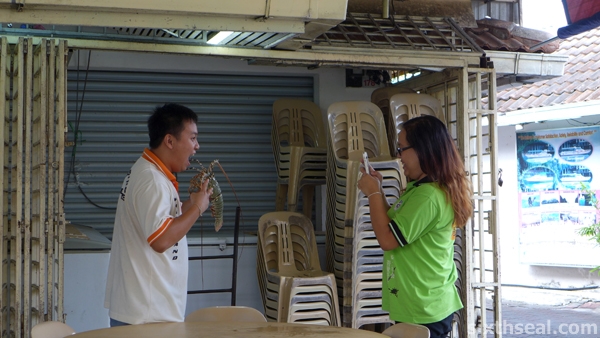 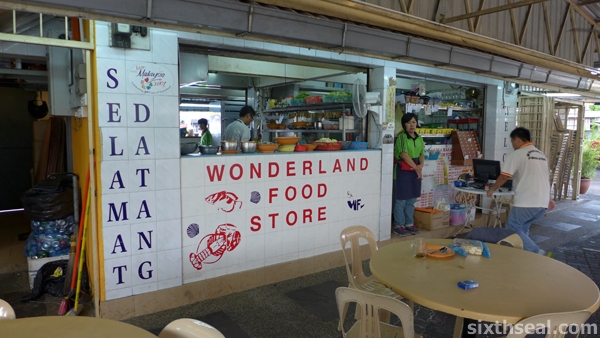 It was a huge disappointment! 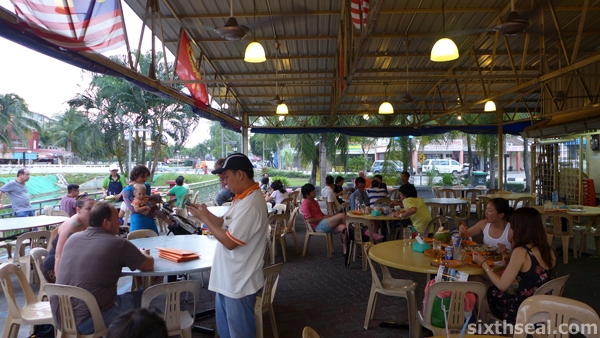 The mantis prawns were frozen instead of fresh, most of the dishes are unappealing with no plating considerations and even though it was packed, the clientèle seems to be mostly tourists – Japanese, Chinese, Korean etc. 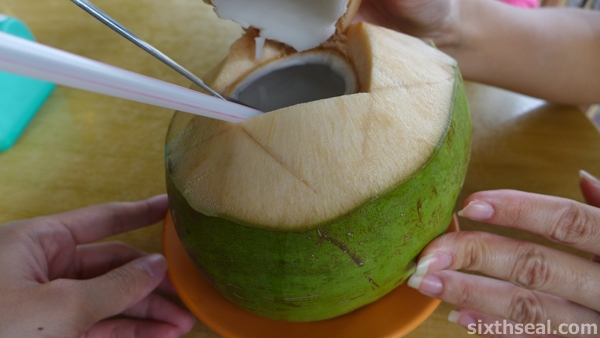 To add to the list of sins, they hired an unlicensed taxi for us – which costs RM 1 more than the standardized fare – and is a highly unusual practice in Langkawi since the taxis are heavily regulated. 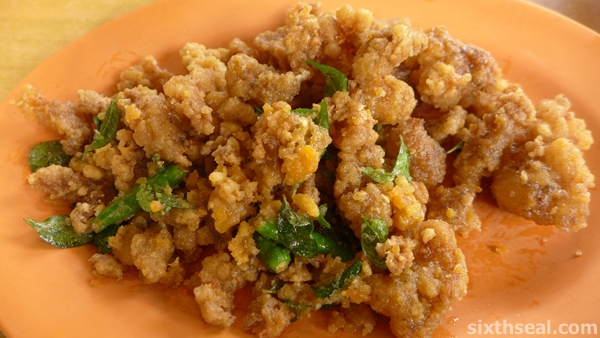 This is deep fried since they didn’t have any fresh ones. The proprietors said that the fishermen didn’t have any catches since it was the Hari Raya Aidilfitri holidays. The frozen mantis prawns tastes alright but I was looking forward to fresh steamed ones so it was slightly disappointing. 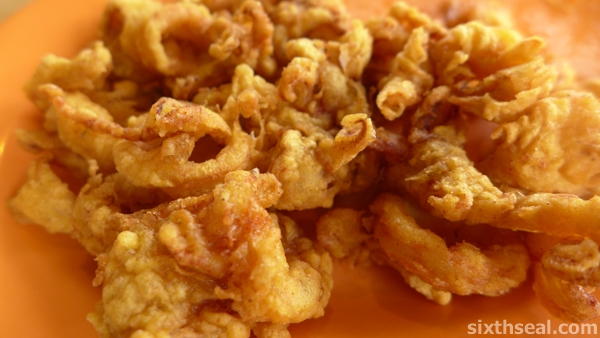 The squid was too chewy and just wasn’t fresh – it’s exactly the *opposite* of what I had hoped to eat in Langkawi, which is famous for their seafood since it’s a duty free island. 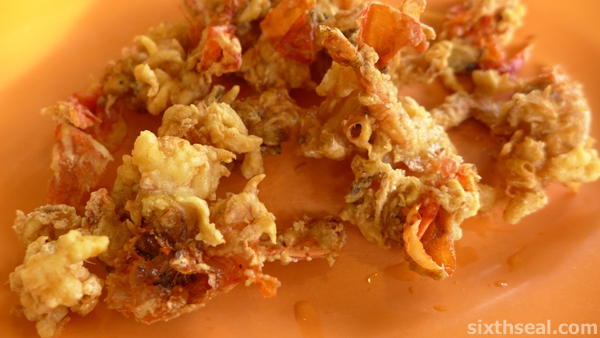 This was fried the same way as the other two dishes so it’s quite jelak to eat so much deep fried battered seafood, even if all three are very different creatures. I thought it was mediocre. 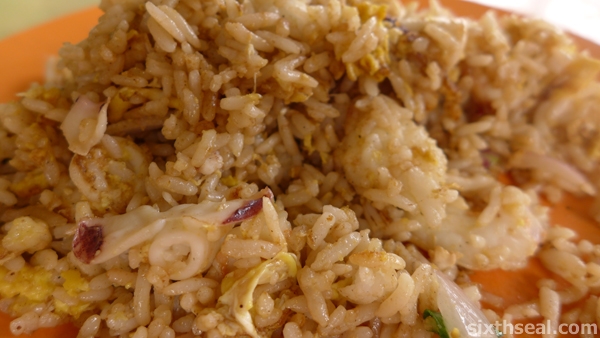 RM 8 a plate and it comes with lots of squid! I suspect that the “seafood fried rice” contains whatever surplus seafood that you ordered. It’s oily and repetitive. 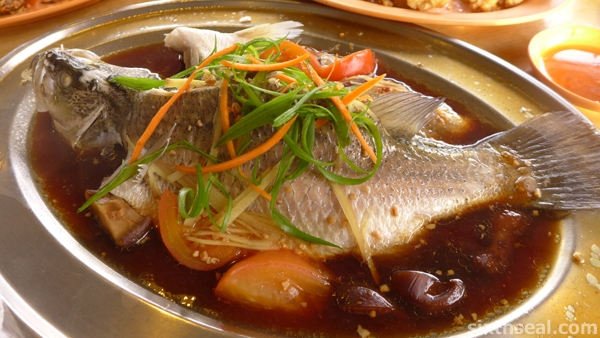 This is the saving grace of our seafood dinner. I liked it so much I ate all of the fish – mostly by myself. Haha. The rest of the food we tapau and took it back to the hotel coz there were so much leftovers it was obscene. 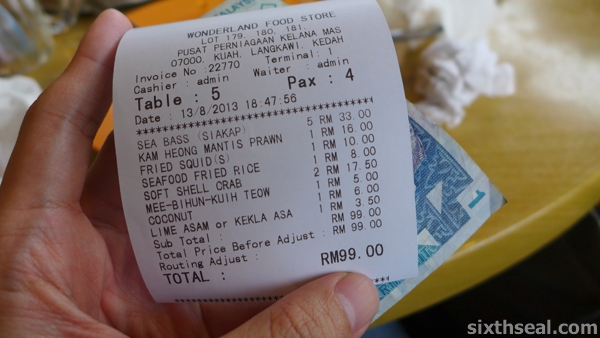 The bill costs RM 99 which was pretty reasonable. However, dinner wasn’t what we expected – we had been looking forward to a nice seafood meal in Langkawi. It could be the lack of fisherman’s produce due to the Hari Raya holidays as the restaurant didn’t have fresh seafood and had to resort to frozen ones. Or it could be just the wrong place to eat. 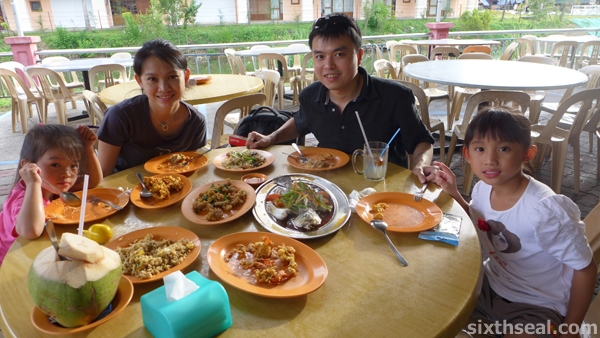 I can’t say I recommend Wonderland Seafood from our dining experience but I had a lot of fun with the kids and my better half! That’s all that matters. 🙂