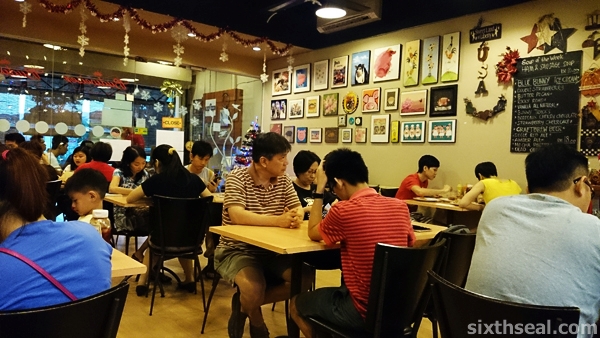 I remember going to this pork friendly (or rather unfriendly, if you’re a pig, it really depends on where you stand

) establishment way back when it opened. I stayed at Dataran Prima Condominium when I came to KL again in 2008 and this was just around the corner. It generated a lot of buzz when it came out – and I thought it closed down and haven’t been there in years, until last night. 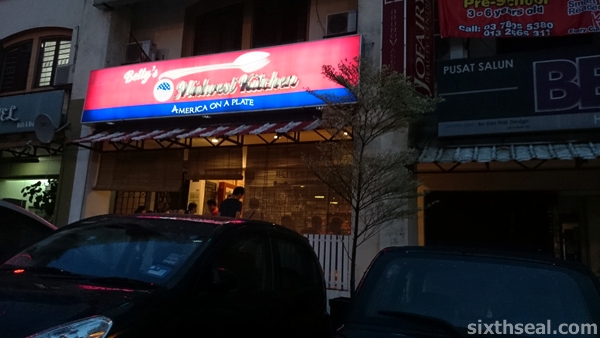 It was a rainy night and also a Chinese festival (Winter Solstice) and we decided to go back to see if it’s still open. It was…and business is booming! 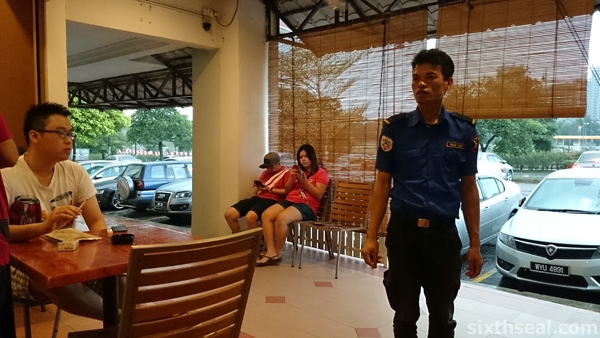 I mean that literally, we arrived early so we were seated within 5 minutes but there were others waiting on stools while it rained for an hour! It’s the only shoplot that has a security guard to direct and seat people too. Haha! 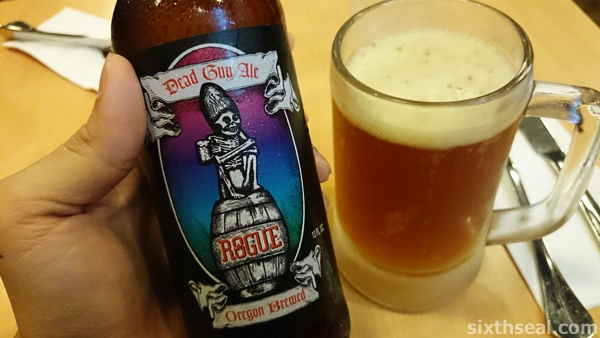 This is a “craft brewed” beer that’s brewed in Oregon, following the Midwest theme. They have a couple of beers from that region (mostly from Rogue Ales) at a reasonable price so I had this maibock with dinner. It’s an import, robust (it’s a bock, not an ale as the name suggests) with all the sediments you’ll expect to find, I liked it. 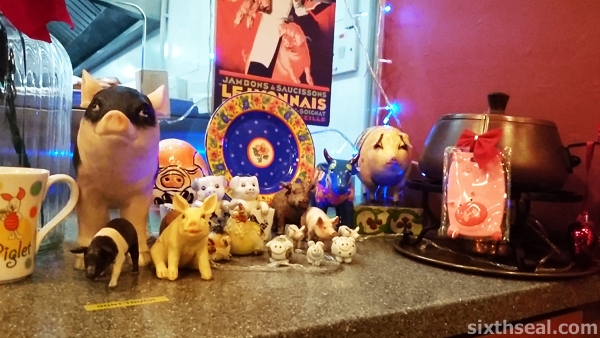 Betty’s Midwest Kitchen is known for their porcine menu offerings – I remember their “Dog Food” best, which is fries and pork and cheese all churned together into a melted and delicious mess. This time, we ordered three mains: 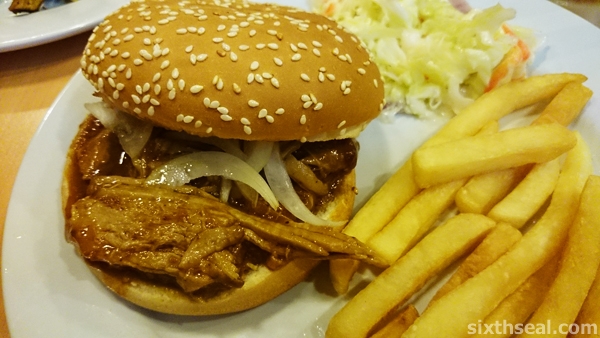 This is another popular offering – a filling main with fried burger buns and pulled pork at a reasonable price. I like the way they fried the buns and the slow-roasted and shredded pork tastes good with their “secret” BBQ sauce. 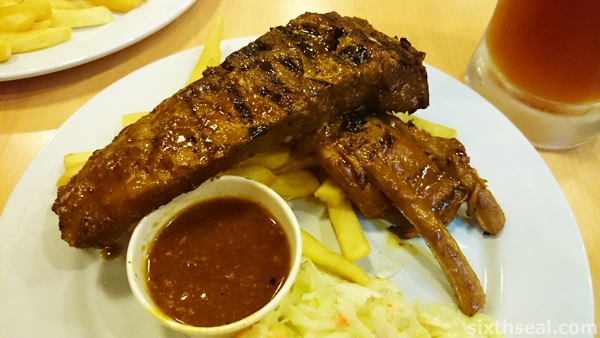 This is probably the most expensive item on their menu. It’s grilled pork ribs marinated in their special rub and sauce and grilled to succulent tenderness. That’s the menu description, the reality is a bit of a let down. I remember them having way better ribs than this. The dish we had last night was rather disappointing. Hot off the pan, their pork chops are pan-fried to juicy tenderness and served with their delicious house mash potatoes (love their sauce). There’s two huge chops and the apples naturally goes well with pork – you know the cartoon pig with a *shiny red apple* in its mouth ready to be roasted? 🙂

I liked this dish, it’s one of their better ones. The entire meal cost RM 94.05 for the both of us. Betty’s Midwest Kitchen charges RM 0.30 for iced water according to their menu but they waived it for us in the bill. 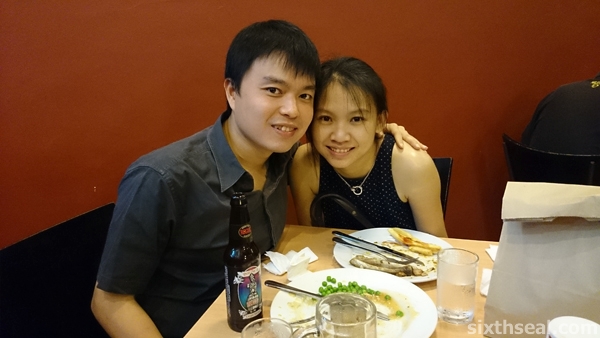 Overall, the service was decent and the food was good. However, it wasn’t as good as when I ate here years ago. It’s still intensely popular and they enforce a lot of rules (like no seating until entire party is there) so I guess they must still be doing something right. Don’t get me wrong, it’s good, but it’s just not the awesomeness that I remember it to be. 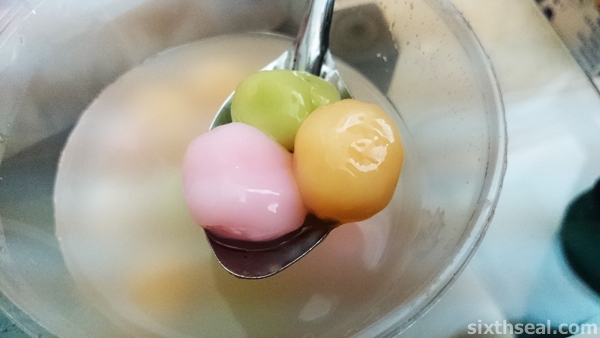 My dear made me some tong yuen for the Winter Solstice and that’s a wonderful dessert to end the night! <3 Betty’s Midwest Kitchen
Jalan PJU 1/43, Aman Suria,
47301 Petaling Jaya, Selangor