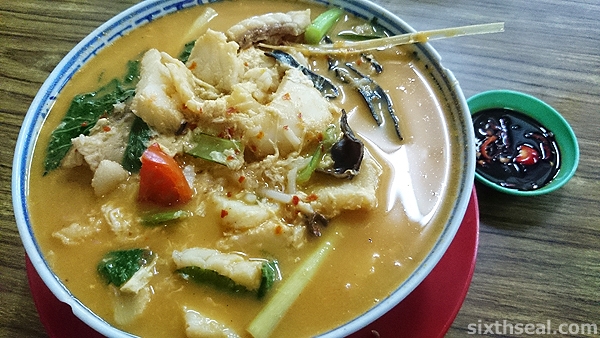 There are a lot of fish and prawn noodles in town but none quite like this. The most (in)famous one would be the RM 35 bowl of fish noodles from Min Kwong. There’s also a RM 15 bowl of prawn noodles in the small and hilariously named town of Jakar. However, the closest tasting one would be the justifiably popular RM 14 bowl of Asam Tom Yam Big Prawn Noodles in Glory Cafe, Sarikei.

It was my dad who suggested this place for dinner. He’s a Heng Hua and this is a Heng Hua owned coffee shop, and since it’s a small community, we might be somewhat related. 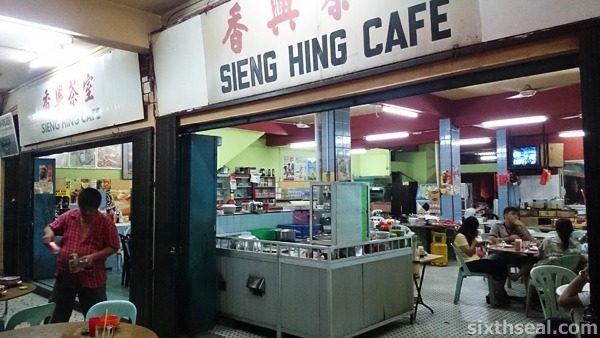 The first question the lady asked me when I ordered this RM 16 bowl of goodness is whether I can eat spicy food. I replied in the affirmative, taking pride in my cast iron stomach (and tongue) and the chilli flakes in the broth gave me the sniffles and nearly drove me to tears…in a good way. 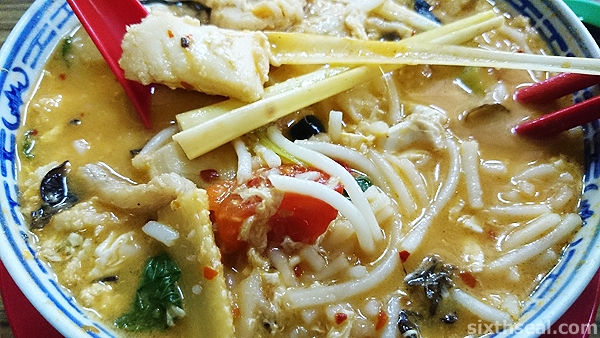 There’s a lot of space between the rice vermicelli – you can’t really pick them up with chopsticks without large gaps – so the spicy asam tom yam broth gets into the crevices and it allows the full flavor impact to hit you. 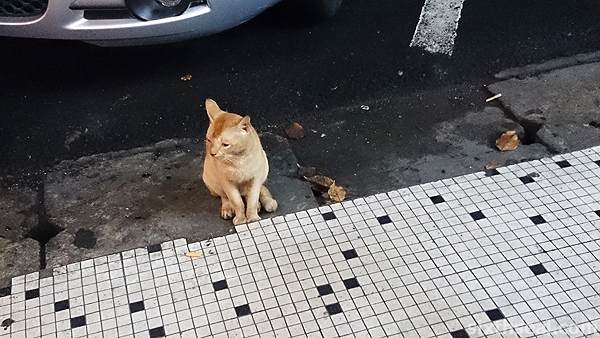 Resident cat approves of this nomz!

The fish is a mixture of tapah and patin and there’s easily 3-4 times the amount in the regular Foochow twice cooked noodles I had for RM 14 at Y2K Cafe. There’s also generous amounts of lemongrass, egg, tomatoes, chilli flakes, baby corn, fungus and a special type of pickled salted vegetable in the asam tom yam soup. 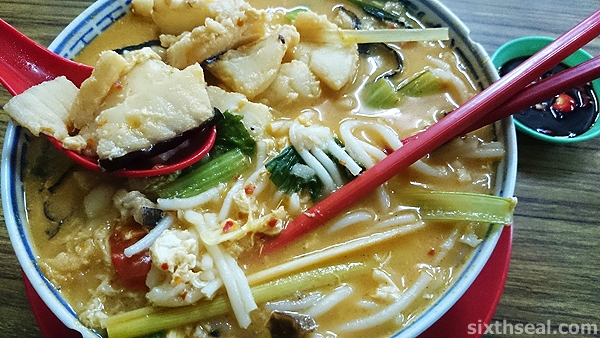 It left me sweating but very satisfied when I finished the dish. They also sell a large prawn version for RM 26. The generous amounts of fish and the ultra spicy broth made the Sieng Hing Cafe fish noodles one of the best gastronomic finds in Sibu. It’s perfect if you have a blocked nose since the spice will clear up your sinuses in no time! 🙂