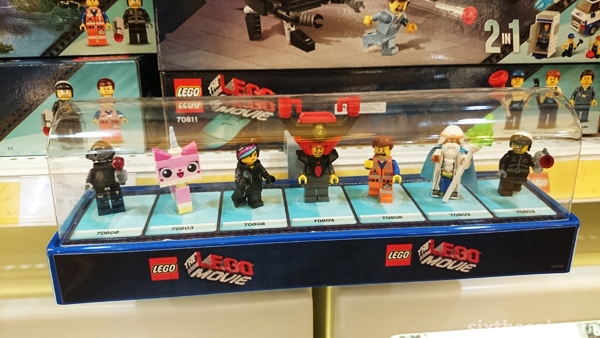 We just had our latest anniversary and I surprised my better half by going to the official LEGO shop in Malaysia and getting something for her. I wanted to get the Emmet figure from The LEGO Movie but you can’t get it now. You have to get it in one of the official LEGO movie sets. 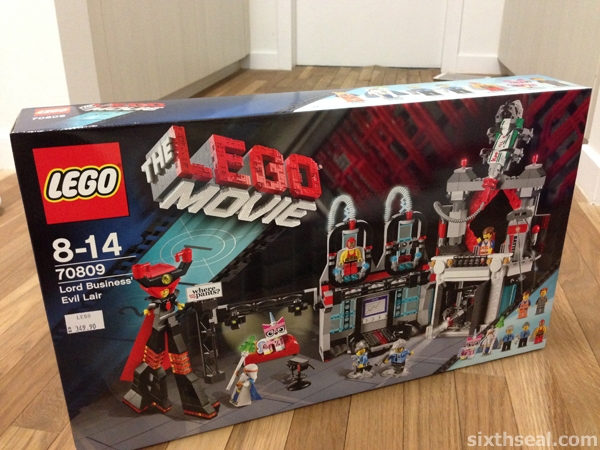 I got the Lord Business Evil Lair (RM 349.90) from the end scene in the movie coz it has all the LEGO characters that she likes. We plan to build it together with the kids…and GLUE IT ALL UP WHEN IT’S DONE!

That’s a joke from the movie, BTW. Haha. 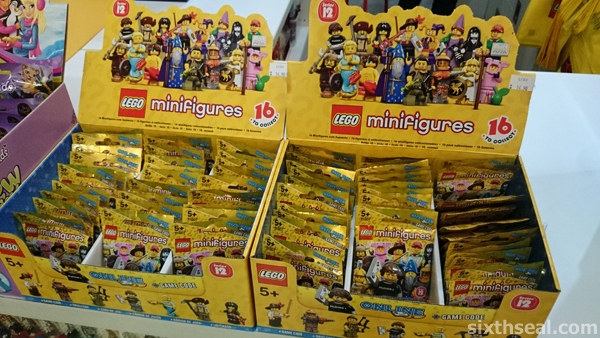 I also got the collectible LEGO Minifigures (RM 14.90 each) which are all the rage now. I picked three – one for my dear and one each for the kids and let them choose. The big one managed to get the one that she wanted (a spaceman with spacesuit) and the little one got a cowboy. My better half got a princess with a frog.

I didn’t get one for myself since the big one has two Player 1 LEGO minifigures (you don’t know what is inside until you open it) so I’ll select one as my own avatar. 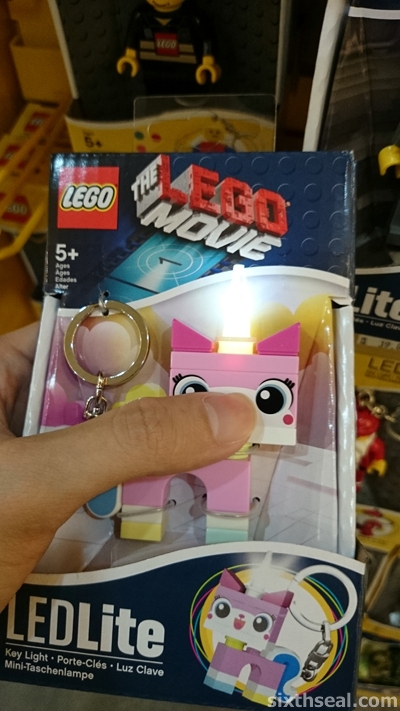 I also got an official LEGO ice cube maker (RM 30) which makes the red brick sized LEGO ice cubes. I thought my dear would appreciate it in her overnight oats endeavours – I suggested freezing bricks of LEGO milk or using it as a mould to make see-through raspberries suspended in clear gelatin LEGO bricks as a food decoration. 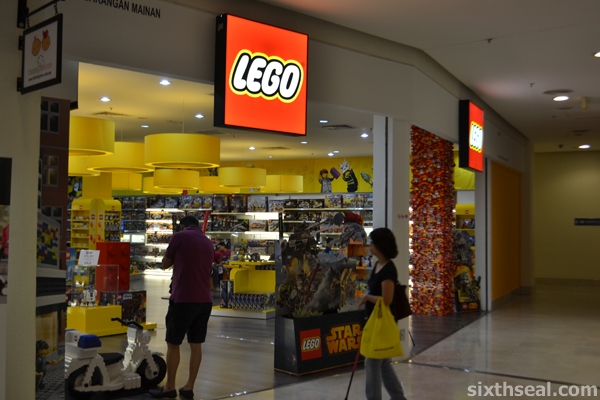 My better half has always been very thoughtful with her gifts and I love that she keeps me in her heart and always thinks of me in everything she does. She got me a very nice pair of flip flops coz my favorite pair I bought from Club Med Bali has literally been worn to rags. She also got me lots of imported chocolates! 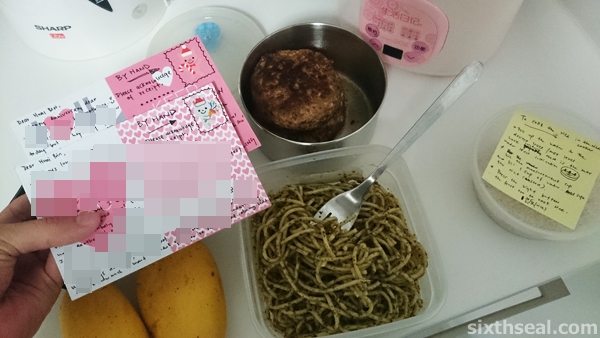 She always keeps me fed with her delicious home cooked food and writes thoughtful and loving cards for me too. 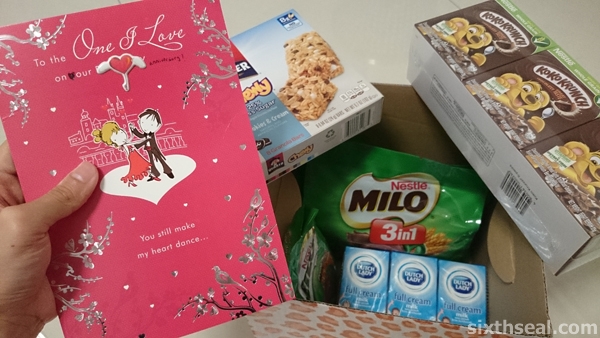 I’ve been keeping our story with Pandora charms and the last one I got her was a Princess heart with zirconium and gold crown. I also wanted to get her a new Pandora bangle style bracelet last month since her bracelet is so full now that it’s impossible to fit any more charms! 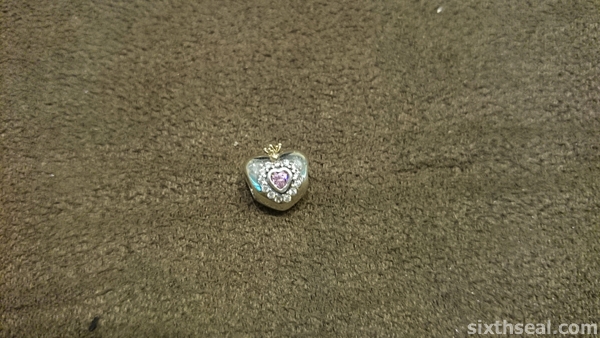 I had casually asked her what she thought about the Pandora Essence line (which is a new line meant for a more mature audience) and I remember her telling me that it’s nice but it’s a bit unfortunate that it’s not compatible with the regular line. 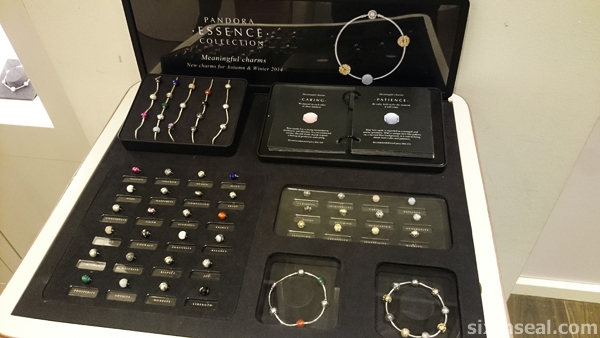 Well, since her Pandora bracelet has already been filled to capacity (we’ve been together for almost two years) I thought I’ll bring her out and surprise her with a visit to Pandora to get her fitted with the new Pandora Essence bracelet! 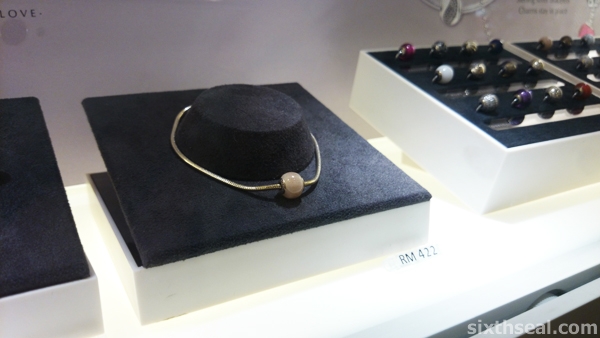 I also got one Pandora Essence charm to go with the bracelet – these charms are not interchangeable with the regular line but it’s nice coz it won’t move around – there’s an inner coating of some kind which prevents it from shifting. The first charm I got to start is aptly called Love. 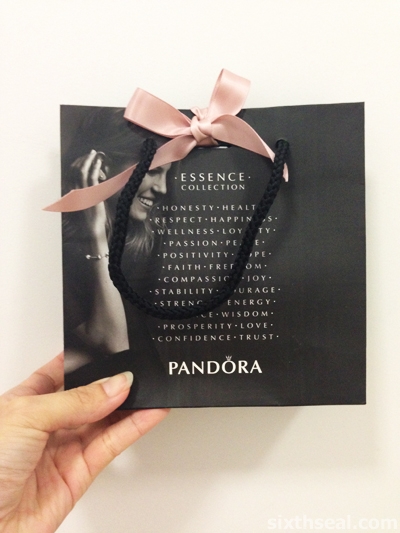 Pandora Essence has many different charms named after characteristics e.g. Caring, Determination etc and I thought it’ll be nice for her to wear a new bracelet while I get her old one cleaned since I can get that done free of charge (due to my almost monthly patronage of Pandora). I plan to build our stories on Pandora Essence for the time being and get *another* regular Pandora bracelet for her after it’s filled… 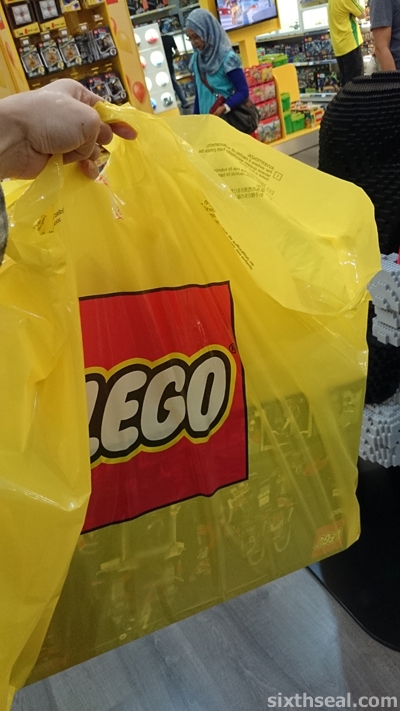 …so we can continue creating more new stories in the future on a brand new bracelet! <3