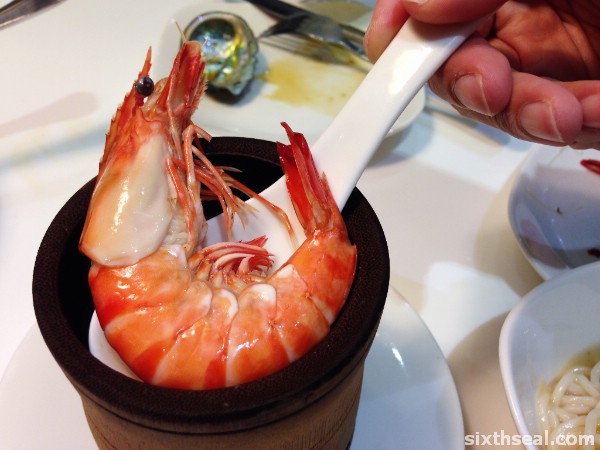 I’ve been meaning to check out this Singaporean restaurant ever since they opened up an outlet in Sunway Pyramid. It serves food from the Fujian Province, specifically Heng Hwa cuisine, and I am a proud member of said clan. I’ve even been to China, although not to that part. 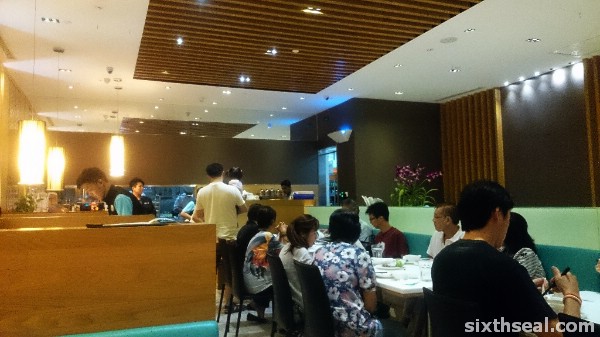 I thought it’ll be something like what my grandma would serve up when I was a kid. 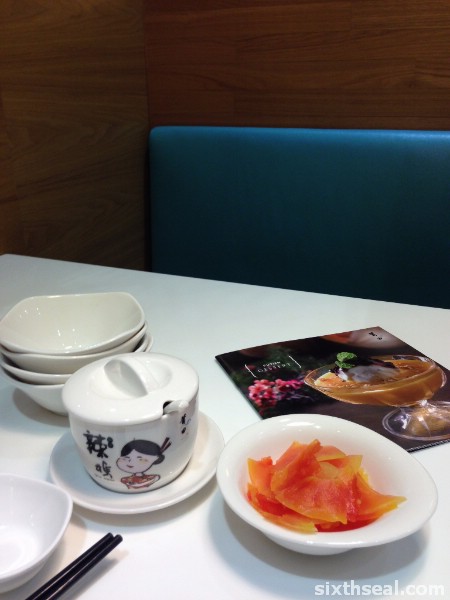 I was slightly mistaken in that regard. PUTIEN is a higher end restaurant that serves up quite artistic plates. Obviously, emphasis has been placed on presentation, something which is lacking in a lot of Chinese restaurants. Even better, the food is actually really good! 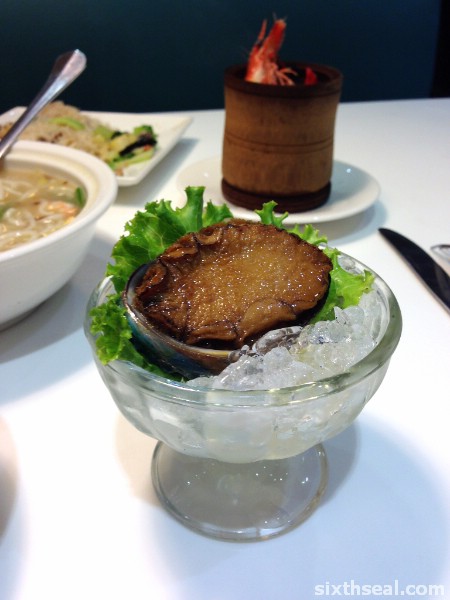 Iced Abalone (RM 37 per pax)
Whole abalone for RM 30 per piece? Count me in! I haven’t seen that kind of prices since I went to Kota Kinabalu, Sabah (which has a lot of cheap seafood). This is one of the appetizers we ordered, it’s an entire piece of abalone served on top of ice. You have to slice it yourself and it looks a little like a certain bit of female anatomy but it’s delicious!

The latter, I mean. 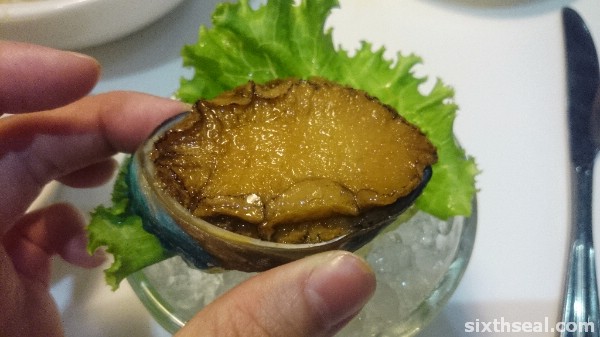 It’s surprisingly flavorful, with notes of chilli and other spices with the tender abalone. 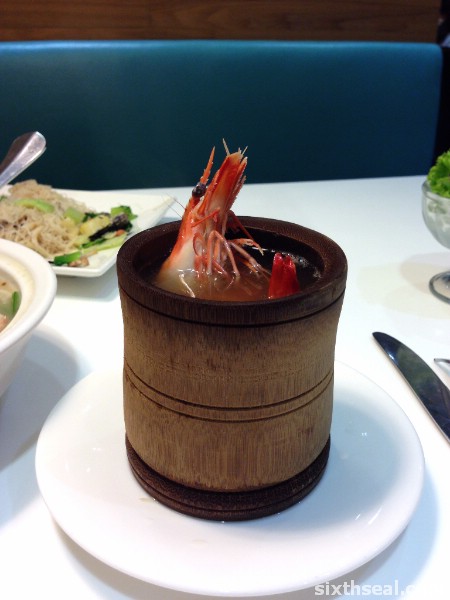 Bamboo Herbal Prawn (RM 12.50)
This is the other appetizer we ordered. This is a hot dish with a large prawn sticking out of a bamboo tube. The broth is awesome – deliciously prawn-y, with lots of Chinese wine. 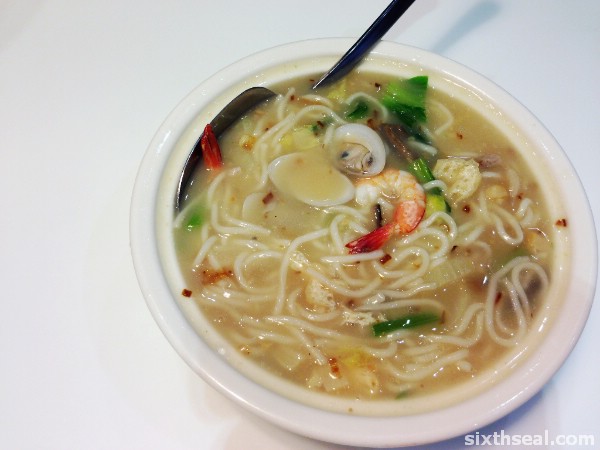 PUTIEN Loh Mee (RM 21.50)
This is their flagship dish and my better half ordered it. I can’t say I was very happy with the results. It didn’t taste really good, it was a bit of a disappointment to be honest. The noodles were rather bland and I just felt the entire dish was very blah, especially when compared to the other house specialty. 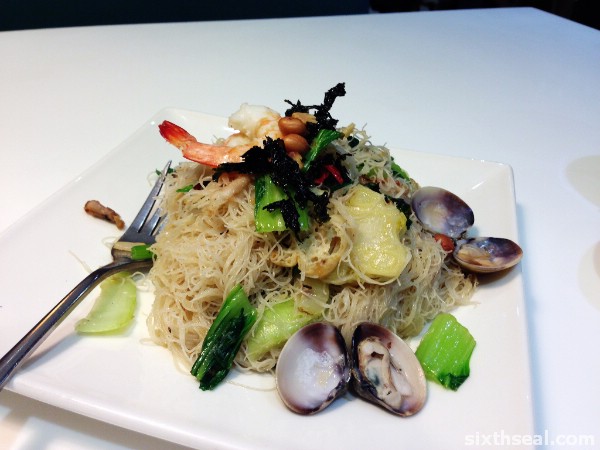 Fried Heng Hwa Bee Hoon (RM 21.50)
This is one of the dishes which they are famous for. The signature dish of PUTIEN is made with the only sundried vermicelli milled by hand in Putien. This artisanal product is cooked in a broth of pork bones and old hens. You can really taste the difference in the rice vermicelli, the texture is so different from others – it plays tricks on your palate with its curly, twisty and firm springiness and it absorbs the pork bones and old hens broth so well that I don’t have any other superlative to describe it except maybe legendary! 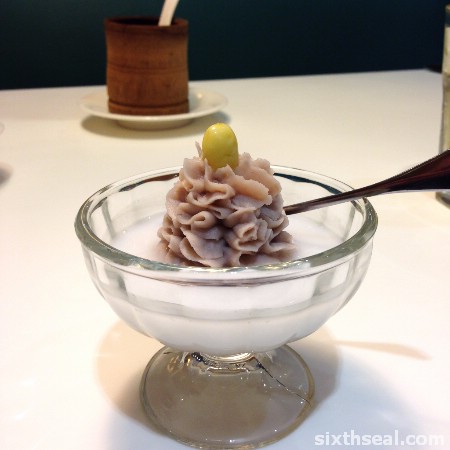 Hot Yam Paste with Gingko Nuts (RM 6.50)
We first ordered Pumpkin Cream with Ice Cream (RM 11.50) but the waitress told us that they couldn’t serve it coz their pumpkins were not up to standard. I thought that was really good quality control so we switched to another dessert which didn’t have pumpkin as one of the ingredients which turned out to be this. It was smaller than I expected and probably not as good as a cold dessert but it was all they had. 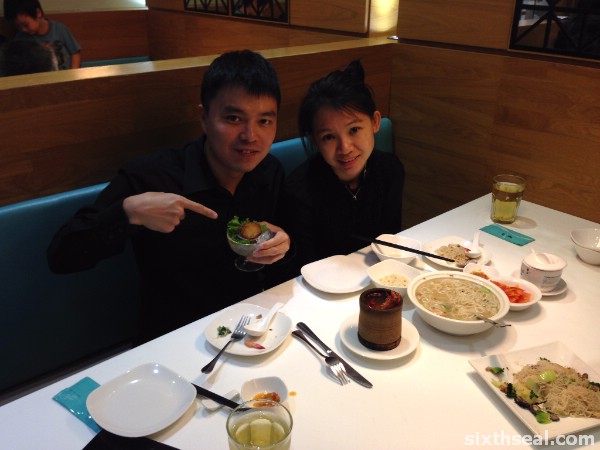 We both had quite an enjoyable meal at PUTIEN. There are actually set meals with their flagship dishes for RM 104.50 for 2 pax but we could only choose one main. I ordered a la carte coz I wanted to try more than one main and I’m glad I did that coz the Fried Heng Hwa Bee Hoon was so spectacular while the PUTIEN Loh Mee was so disappointing. The bill for the two of us came up to RM 144.84 inclusive of drinks and the wonderful pickled papaya they serve as an amuse-bouche. 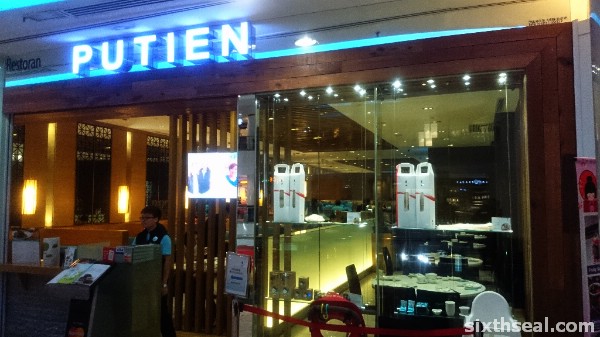