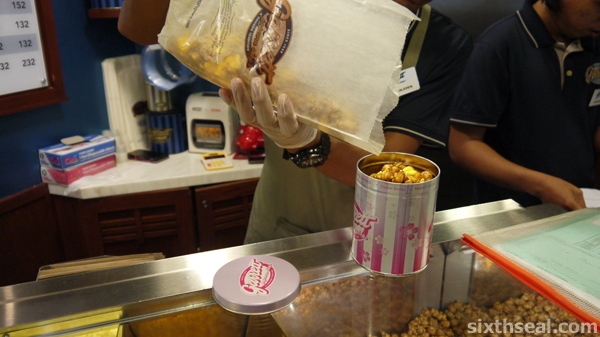 I wanted to get my better half something she’s never had before so I popped into Garrett’s to get some of their Chicago Mix (sweet Caramel Crisp with savory Cheese Corn) popcorn. I thought she’s never had it before but it turns out that I was wrong. -_- 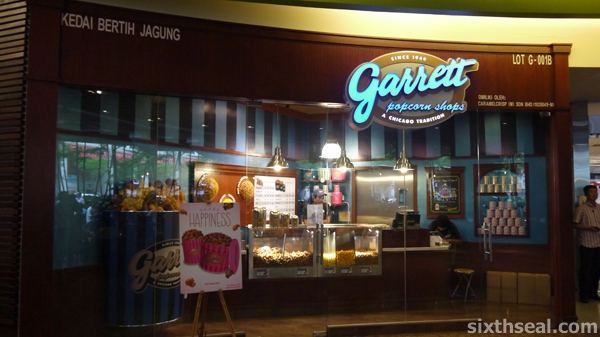 I got the new Mother’s Day Garrett Blossom Tin coz I knew my dear likes nice packaging (which she will repurpose). It’s a new tin that came out for the season, which I thought was pretty strange coz popcorn is not something I associate with Mother’s Day. 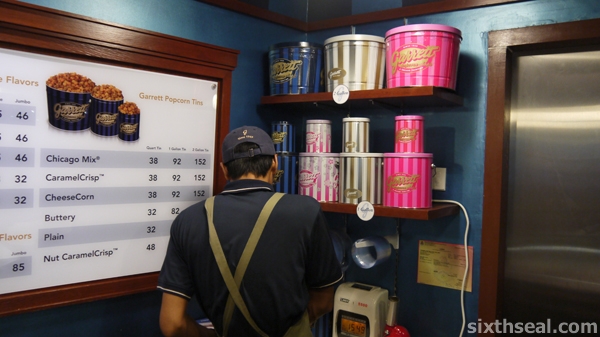 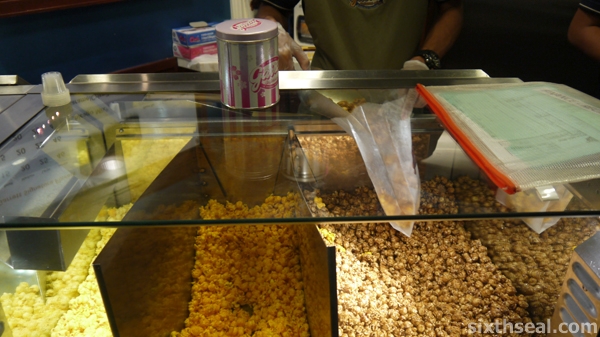 Interesting fact: Garrett’s was sued over the usage of the term “Chicago Mix” so they call their 1/2 sweet caramel popcorn and 1/2 savory cheese popcorn Garrett Mix now. This took effect in the United States, but stores in Malaysia still uses Chicago Mix for this sweet/savory popcorn mix. 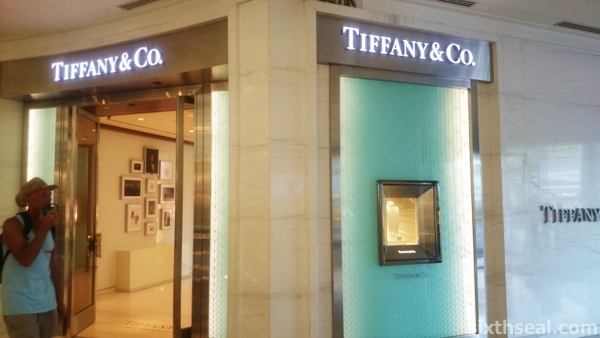 I also got her a pendant from Tiffany’s & Co. 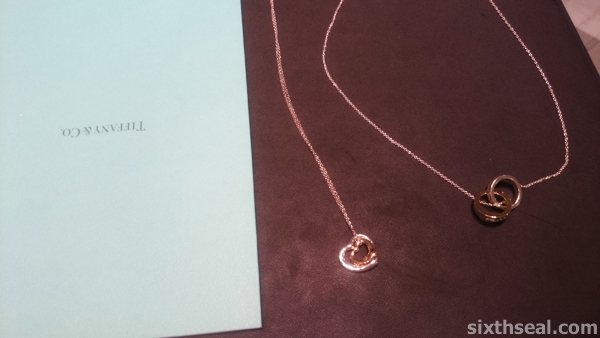 I had called up in advance to reserve a double interlocking ring pendant. I had given her one almost 2 years ago and I wanted to present her with an updated version from the TIFFANY 1837 collection. I went to the Tiffany’s outlet in Suria KLCC and got the full VIP treatment, which was quite nice. 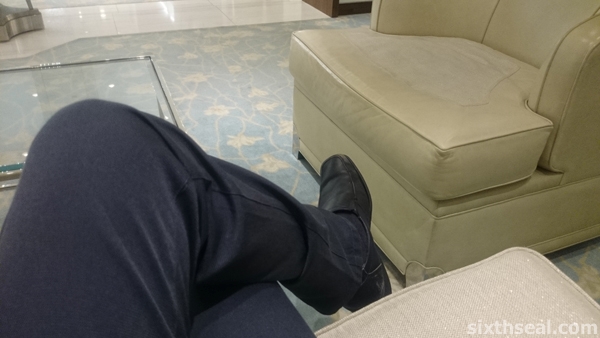 I was seated and given a range of products to look at. However, the item I was interested in was a demo unit, which I didn’t want, so I looked at the other options before finally settling for the Elsa Peretti Open Heart Pendant. 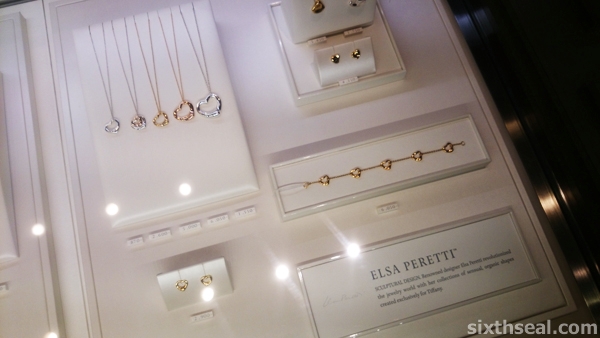 This is a double heart design – one heart in sterling silver and the other heart in 18k rose gold. It’s RM 2,600 but money well spent coz she loved it! This actually happened during her birthday but I never got around to posting about that so I’m incorporating it into this post. 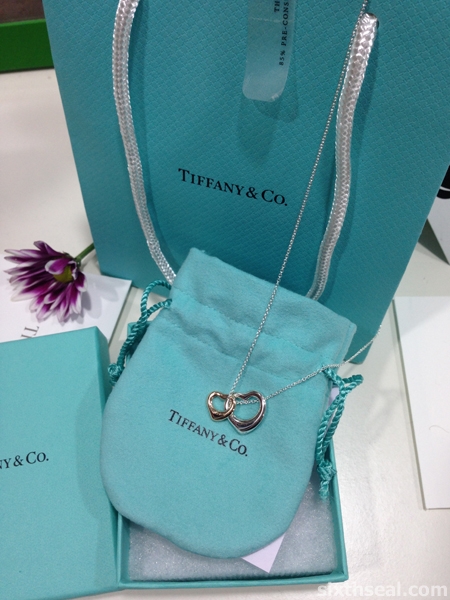 Come to think of it, I haven’t had time to post about our monthsaries too, so I’ll do a round-up post soon – 8 things I did for the past 8 months or something like that. Haha. 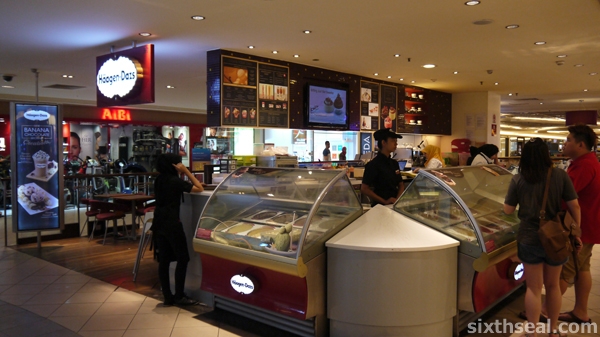 Back to Mother’s Day, I also got her a Haagen-Dazs ice cream cake! 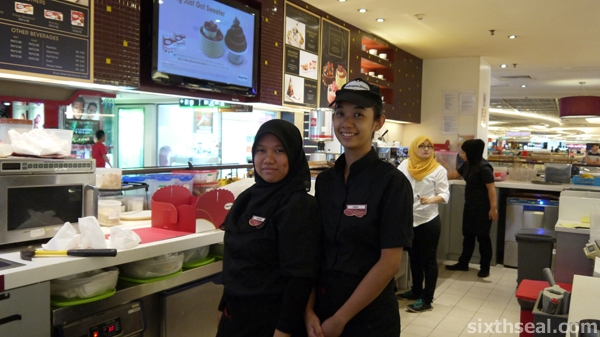 They have a Mother’s Day promo which gave out a free minicup multipack (4 x cups in a box) with every order of a 1 kg ice cream cake so I ordered a Double Chocolate Royale. 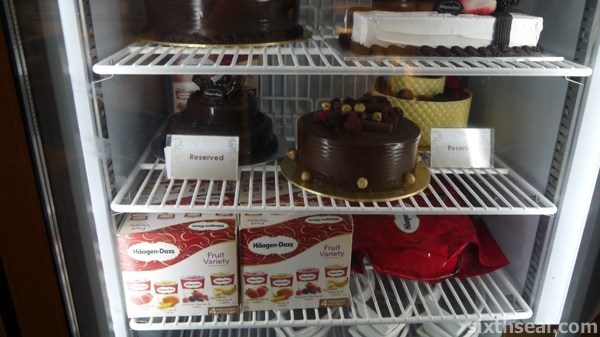 It costs RM 149 for a 1 kg ice cream cake (pure ice cream only, none of that cake or sponge fingers nonsense) which makes Haagen-Dazs a little more expensive than Baskin-Robbins (you can get a HUGE 9″ cake with ice cream scoops on top for the same price) but I think the former is trying to brand itself as more exclusive. 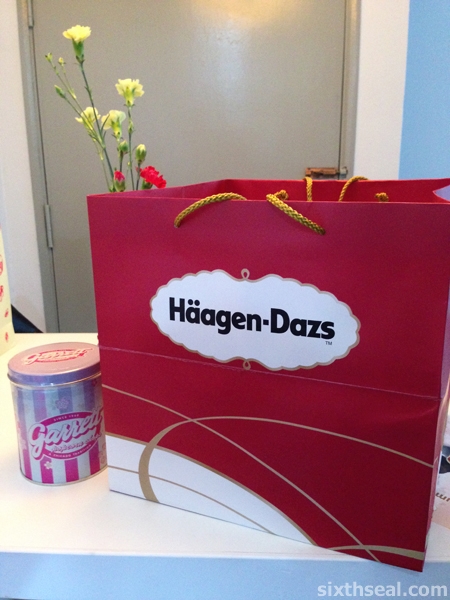 However, we always eat at Baskin-Robbins (in fact that was how we met) so I went for Haagen-Dazs for the Mother’s Day cake. 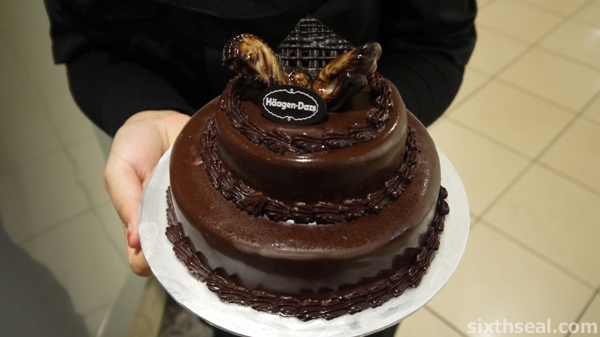 I know she’s never had this before and had to book in advance to get the flavor we want (it’s usually Macadamia Nut otherwise) so it’s specially custom made. 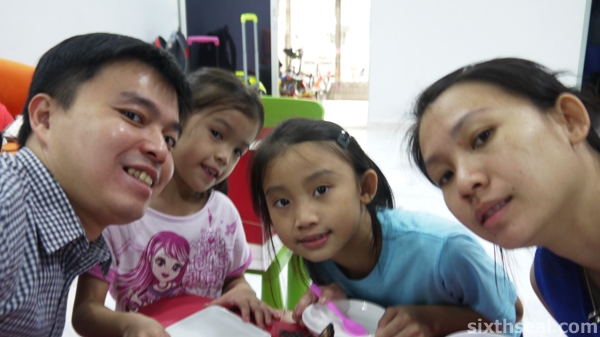 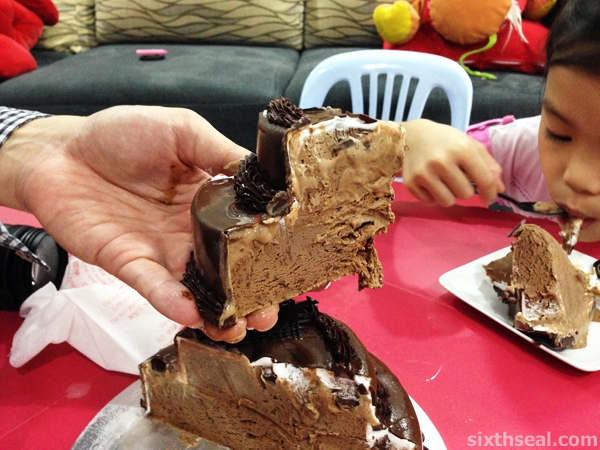 The kids loved it and we had so much fun playing with the dry ice too! 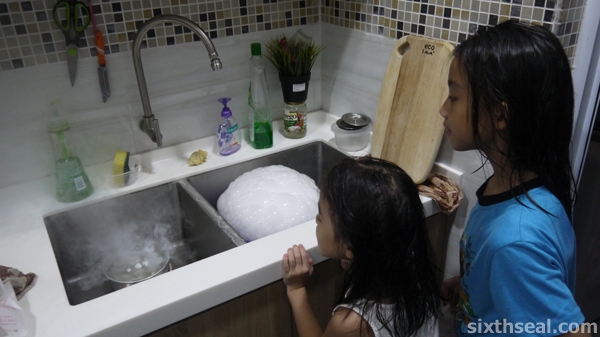 You can actually dump dry ice in a tub of water with some liquid soap and it’ll produce lotsa bubbles which pop with smoke (actually CO2) – the kids absolutely enjoyed that so it was a great Mother’s Day! <3