1. Had dinner at one of the best restaurants in KL My better half surprised me with this treat. It’s actually the second most expensive meal we’ve ever had in KL (the first being the Michelin star Le Gavroche chef who came to town) but I thought it was worth it. Delicious appetizers and mains – thanks for booking us dinner at Sage dear. 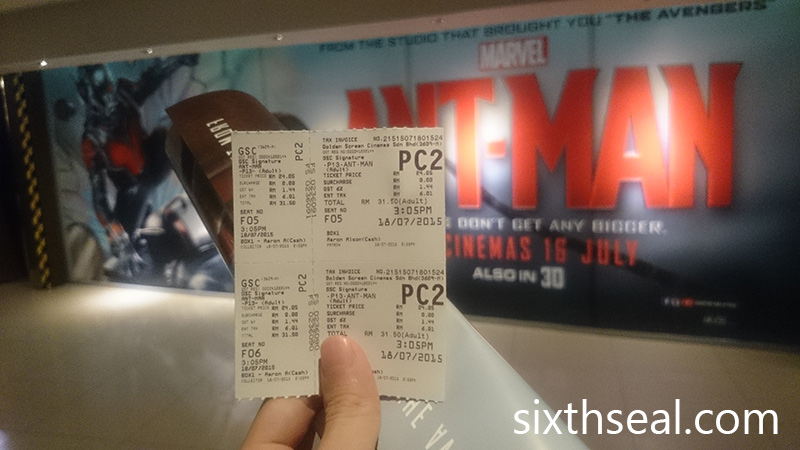 I’ve been wanting to watch Ant-Man for a long time. We even had passes to the premiere screening but missed it coz I thought it was the next day. Thus, I got ourselves Premier Class tickets (RM 63) at The Gardens to go watch the movie. I had actually wanted Gold Class but my dear thought it was too expensive. It used to cost RM 40 per pax but that’s the price of Premier Class now – Gold Class is double. 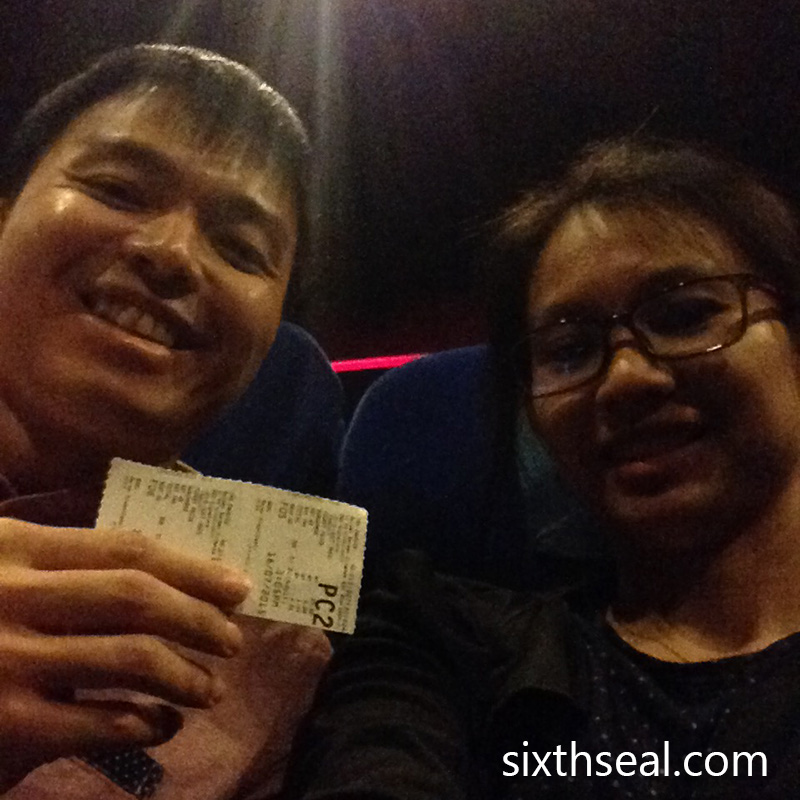 It’s still quite an exclusive viewing experience though – the seats are all couple seats, which you can remove the middle partition so you can snuggle up together. That’s actually a *necessity* since the air-conditioning was so cold everyone in the Premier Class cinema was shivering. It’s still better than watching it in their regular cinemas though, this is a more intimate environment where no one talks loudly or uses their mobile phones – the higher ticket prices weeds out most badly behaved cinema goers. Ant-Man was awesome, a nice conclusion to Phase 2 of the Marvel Cinematic Universe. 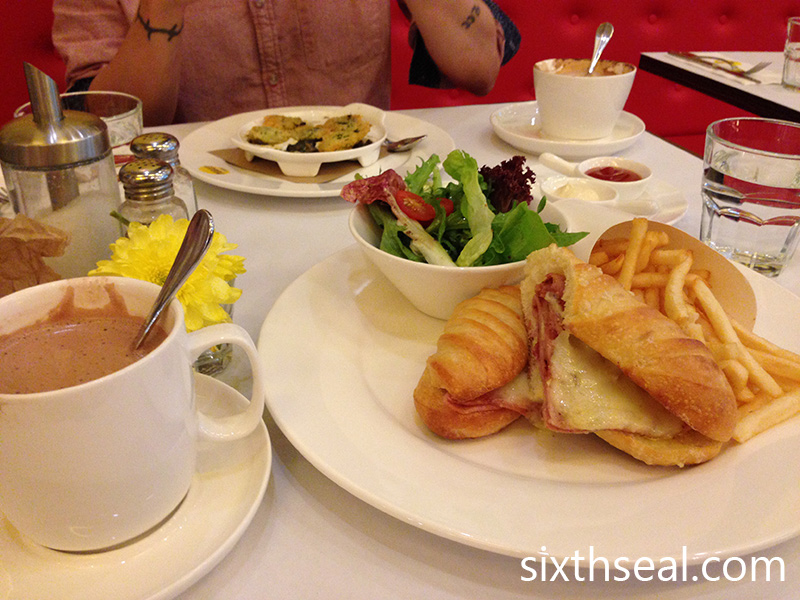 We had lunch at a Parisian style bistro/bakery which also serves wine. I had Escargots a la Bourguignonne while my dear had a ham and cheese croissant (Croissant au Jambon et au Fromage). This was our lunch the day we checked in, she also had a Valrhona hot chocolate – we bought a lot of the famous French chocolate a while back, it’s not for kids, their single origin stuff is utterly bitter, in a good way.

4. Walked around the mall 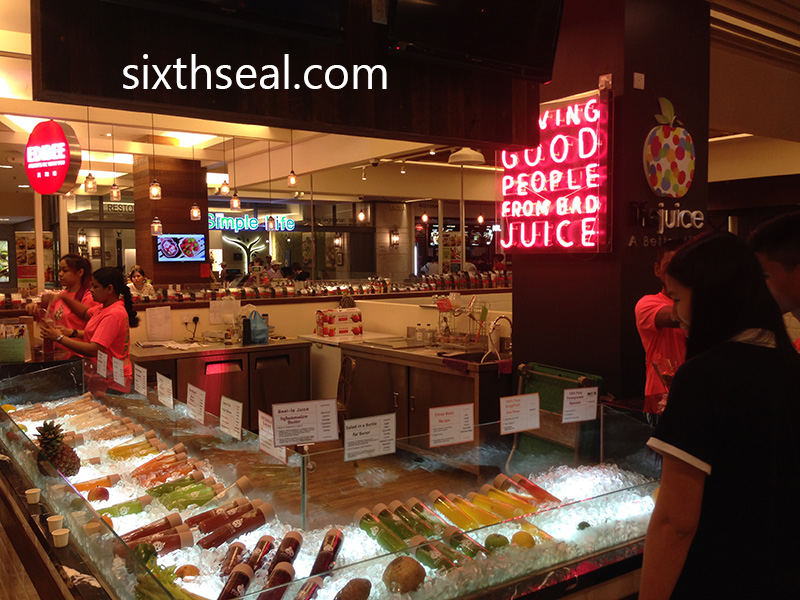 We loaded up with fresh cold pressed juice before spending most of the day walking around the mall. My dear wanted to get a clutch bag and we went to most of the stores in The Gardens and Mid-Valley but couldn’t find one that she wanted. I was secretly observing at what kind of bags she was looking at so I could KIV for our anniversary. 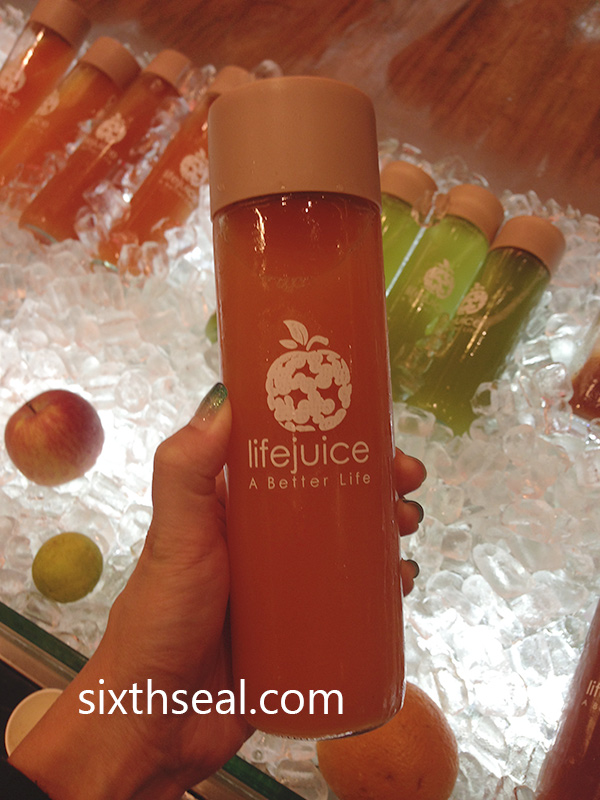 5. Chilled in our hotel room 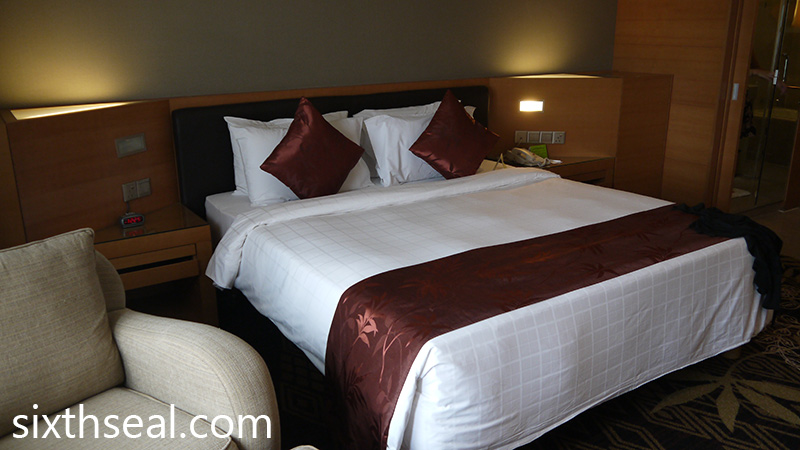 I booked a room as St Giles The Gardens, the best hotel among the 3 at Mid-Valley. I also considered Pullman Bangsar (which has a shuttle service to Mid-Valley) but ultimately wanted to stay at Mid-Valley itself since we were out almost the entire day!

6. Had a hearty breakfast 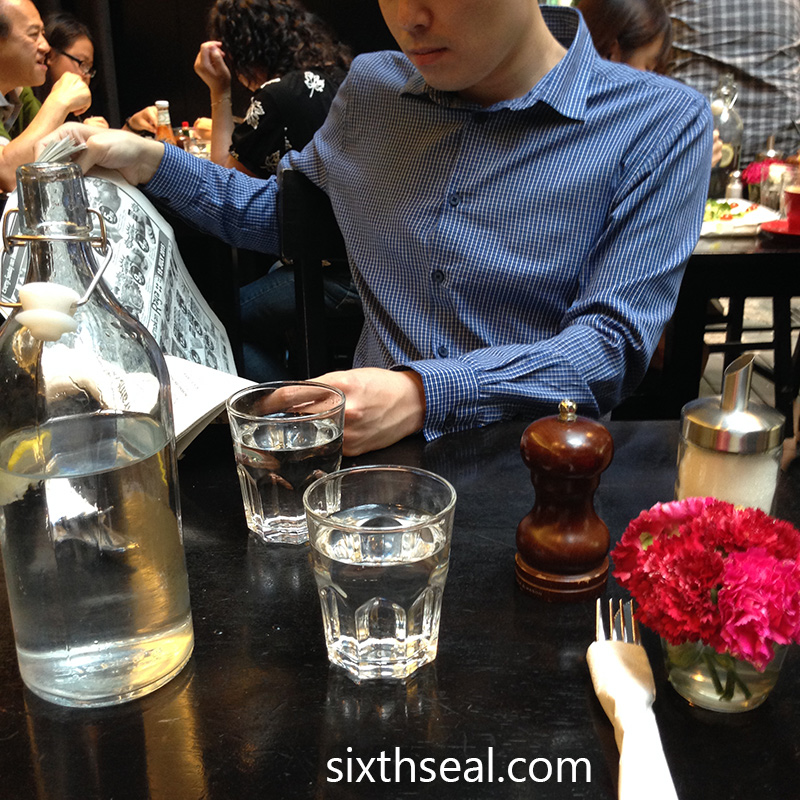 This was at Antipodean, which my better half wanted to try. It was decent and cheap (relatively) fare but not as good as their original Bangsar Telawi II outlet, probably due to the huge crowd here. We had to wait five (5) minutes in queue while we got seated and that’s considered a very quick seating. The service was good though and I quite liked my order of Eggs Marlborough with Salmon.

I think we spent only 10 hours or so total in our room but it was fun and we got to spend the time with each other during our staycation. 🙂

14 thoughts on “6 things we did during our Raya staycation”